With the success of the original panning motion control system, popular with time-lapse enthusiasts in particular, Syrp Ltd announce a new and improved version.

Aukland based company Syrp are focussed on creating products to aid and improve the work of filmmakers and videographers. They first little device was met with adulation and success, and built on that foundation, they have just announced a second edition of the Genie Mini. The first generation Genie Mini was a device aimed at a wide spectrum of content creators — from beginners to professionals — and had an intuitive app paired with it. For me, what always stood out the most was that it appeared you were getting high-end features for one of the lowest prices of all comparable units. That appears to still be the case going forward, but they are packing more features in to this tiny piece of kit. 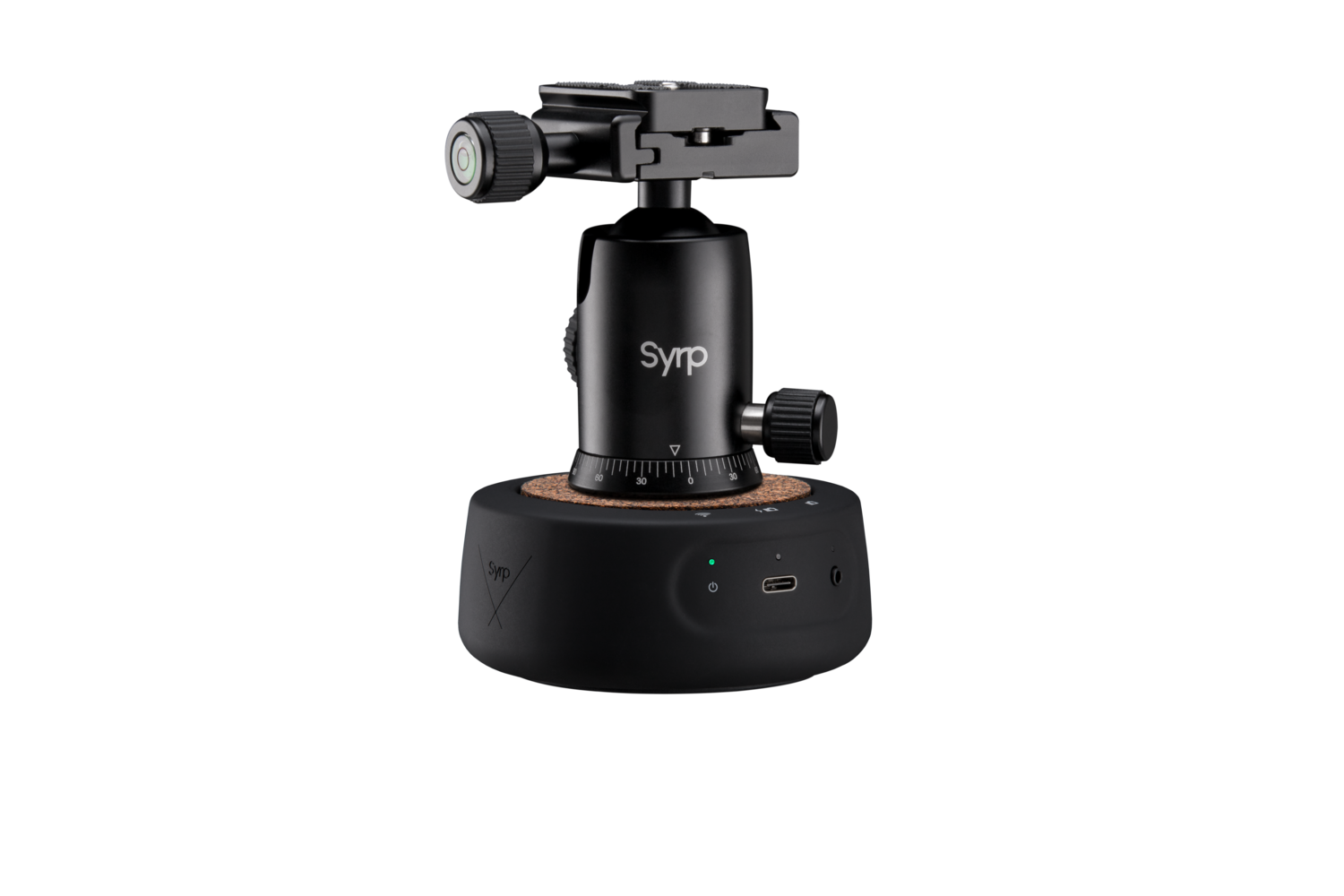 Genie Mini II adds a whole new world of possibilities for content creators. They will now have the ability to create keyframed movement, multi-row panorama and the most exciting part is that it will now be compatible with upcoming feature releases that are unheard of in a motion controller of this size and cost, including Auto exposure ramping, time-lapse compiler and camera control.

For those familiar with the first product, here's a helpful indicator of what the Genie Mini II boasts that its predecessor didn't, as well as how it compares to rivals' products. 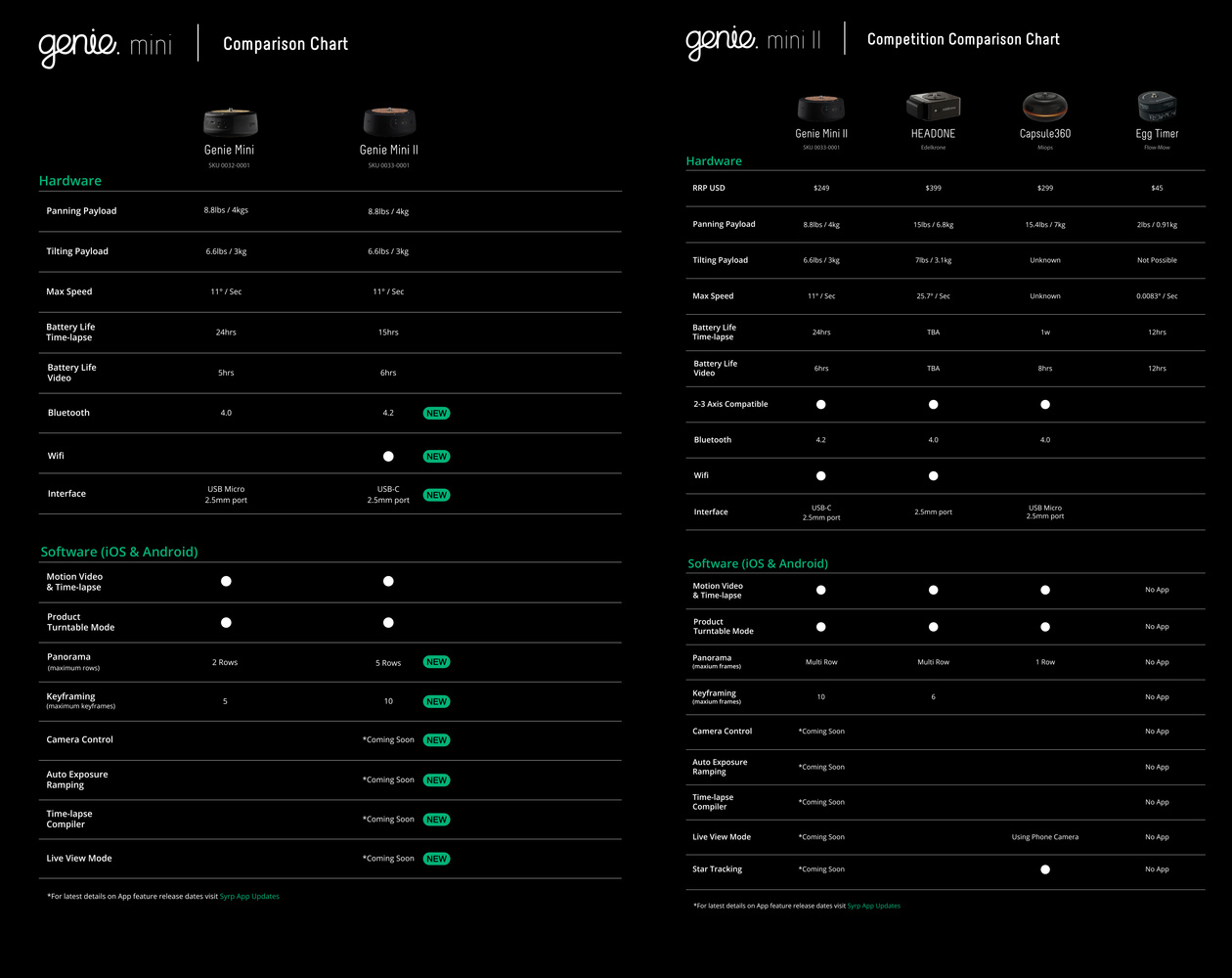 The addition of WiFi, USB-C, and Bluetooth 4.2 are welcome improvements, but it's the opportunities for development — development that's clearly planned — that prick one's ears up the most. As you can see in the above graphic, auto exposure ramping, live view mode, and start tracking are just a few of the soon to be implemented software capabilities, as well as the highly desirable camera control functionality from the Genie Mini II's app.

With a wealth of juicy features on their way, as well as both hardware and software improvements across the board, I had to try to figure out what exactly was being sacrificed to make such large strides. The price is practically identical to the first Genie Mini which was where I expected the biggest change. The fundamentals of the device — its payload, speed, weight, and so on — remain the same too. The only sacrifice I could find is 9 hours off the maximum battery life for a time-lapse, down to 15 hours from 24. Yes, that's a bit of a hit, but are you really going to be affected? Somehow, however, the battery life for video has increased from 5 hours to 6. 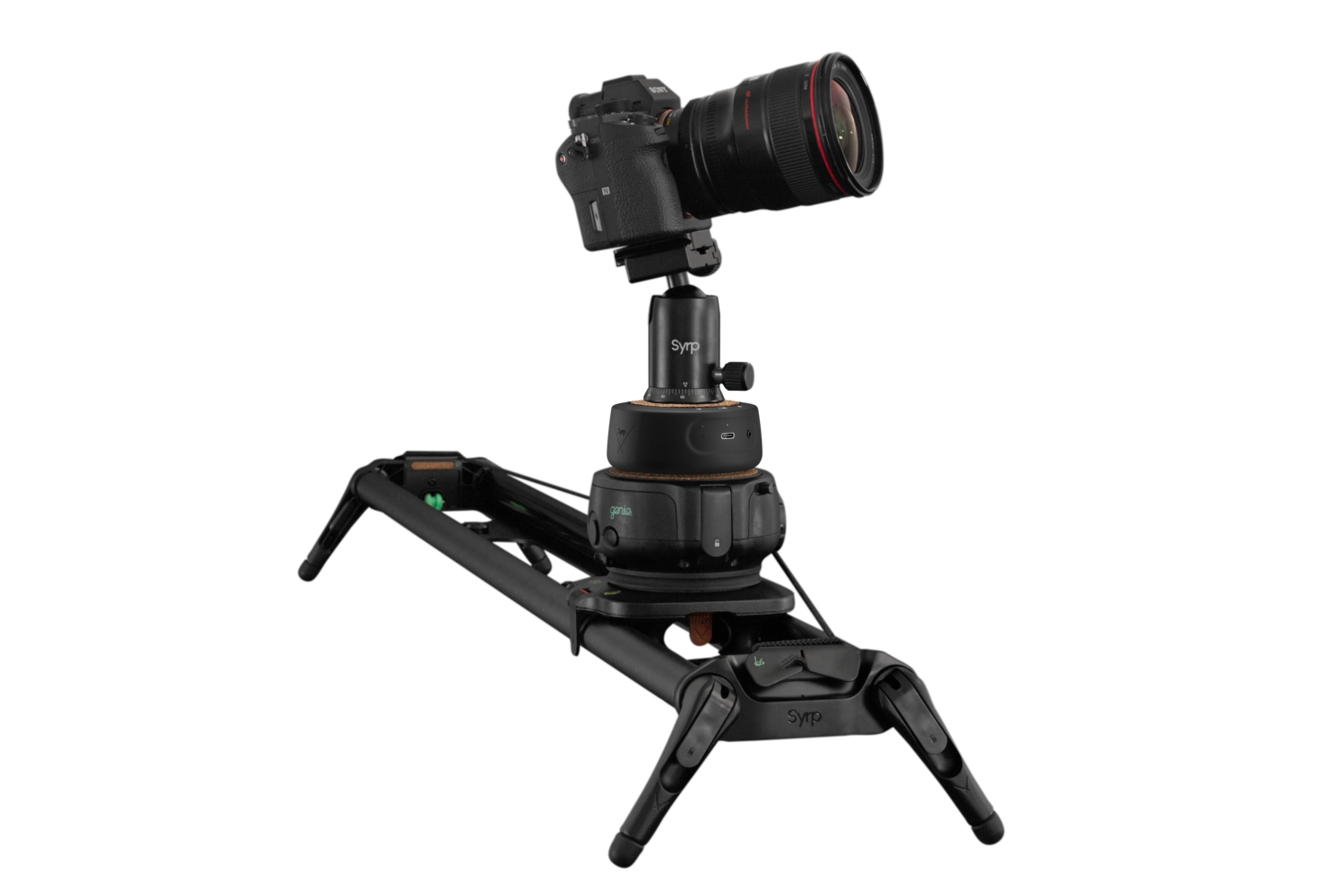 The first Syrp Genie Mini was arguably best in its class, particularly on the value front. The Genie Mini II looks to retain that title, and then push every other boundary it can, loading up its successful first edition with new features, not hardware, and functionality that has previously not been available to content creators in portable devices, and certainly not at the price point of just $249. If you create videos or time-lapses, this little guy is quicky entering "no brainer" purchase territory!

Looks good, the keyframing is probably the feature I miss the most on my current Minis. However, the article is a bit confusing on whether or not I can do this. First it says “will now have the ability to create keyframed movement”, suggesting that this is not possible with the original Mini. But in the comparison chart it says that the original Mini supports 5 keyframes. Which is true? On my Mini I have not found a way to do keyframes.

It works great - you just have to use the Genie II App.

Awesome, thanks for clarifying :-)

I like their stuff. I have a couple of the first models. One fell off the back of our electric super bike at about 120kph and was lost in a ditch for 2 weeks until a neighbour found it, checked what was on the GoPro, recognised who was in the shot before the bike took off, and returned it to me.
The rubber cover is ripped, the cork base soaked off but the think still works. Bonkers.