Apple introduced the new 16” Macbook Pro recently, while other brands announced new models under the Nvidia RTX Studio line. While Apple and other Windows laptops share similarities in specs, they might give different results in video editing applications.

Apple’s Macbook Pro is known for its passive cooling design, harmony with Adobe applications, and higher price tag. However, other brands caught up with Apple in terms of specs and price when they started releasing “pro” laptops targeting creators. You can find the same processor, same amount of RAM, and same SSDs in both Macbook Pros and Windows laptops. The main difference will be the graphics card, as Apple only uses AMD graphics cards (mostly with integrated Intel graphic units). On the other hand, you can find a Windows laptop equipped with a Nvidia Quadro GPU or even an RTX GPU. At first glance, this might not be an issue for any content creator, but the differences between OpenCL (open source framework used by AMD) and CUDA (framework created by Nvidia) might affect your final decision before purchasing a new device, especially if the software you use is graphics card intensive.

In this video, Max Yuryev tests the new Macbook Pro and the Razer Blade Studio with different video editing and encoding software, including Final Cut, Premiere Pro, and DaVinci Resolve. With the detailed benchmarks, he compares the results based on the general use.

Would you go with the new Macbook Pro 16” or would you instead pick a Windows laptop? Please share your thoughts in the comments section below.

“Apple’s Macbook Pro is known for its passive cooling design”, umm no. Their fans fill the air with the sweet sent of apple cider pressed fresh in the orchard. 😏

After using a Mac for almost 30 years (yes I started when I was 5). I have switched to a PC to take advantage of the RTX graphics card.

OHOHHOHOHOHOHOHOOOOO It's magical!!! Have you played control or rise of the tomb raider? i can't wait to see what cyber punk 2077 does with RTX !!

Not yet.. but I have been playing with unreal engine 4.

I did almost exact opposite. Ever since I backed out of gaming few years back (after 20 something years since win 95), and bought camera I have seamlessly switched to MBP 13 and recently upgraded to MBP 16.
I found Mac to be better, simpler and more stable for everyday use and practically anything except gaming.
Other way around, Nvidia is way ahead of AMD in terms of graphic processing. Windows 10 is way ahead better for gaming / period.

For a casual gamer, MBP 16 can offer average to solid performance.

Neither matter if Adobe won't make use of the graphics card.

It does, at least the Studio edition, and the new RNDA based encoder is better than nVidia's just no-one is really optimising or taking full advantage of it. If I was using a laptop to do video I'd be using something like a Zbook 17 to take advantage of the 3 drive bays and power.

However if you're serious about video then you'd be using a workstation PC based on Linux/Threadripper offloading work to a render server when needed. The laptop should real be for client preview and alterations, horses for courses when it comes to people's workflow.

I recently switched back to Mac because my greatest concern is stability. I love the stability of Mac OS and the hardware oversight of Apple, and the guarantee that FCPX will take full advantage of the hardware, and in a stable manner. I can't afford to troubleshoot when a deadline looms! But I'm a cameraman first and editor second, so perhaps if I had more computer hardware savvy I'd be less risk-averse.

I often hear the stability argument come up, but as pretty much a lifelong PC user, who has edited projects on Macs I can't say I've noticed any difference. The Mac Mini I was using a couple of years ago crashed all the time.

My issue with Non-Mac Laptops is every time i try to spec one up and include a 4K screen the price is no different to the Apple version. Take that Razer Blade as an example, in order to get the 4K screen you have to install a processor that pushes the price up to £3100.. on the back of that ill be saving for a 16" MBP, so i can keep my 13" one for DJing with.

Are laptops the best metric for editing comparison? While I don't edit video, I use my laptop for capturing still images, but I work on those images on my desktop in a more controlled environment. That used to be the standard procedure. What conditions are you suggest has made the change?

I’d love one but we have no space for an office (might be to do with the pair of Technics 1210s and Allen and Heath mixer taking up the majority of our study haha) so its a laptop or nothing for me.

Where there's a will there's a way. ;-) It's your choice, but editing and compositing on a laptop is like building a house with these... 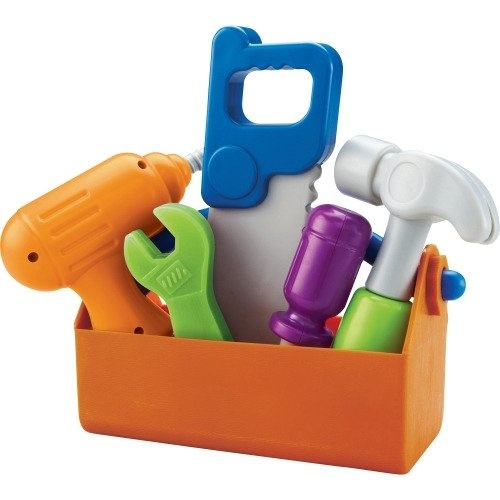 Poor analogy to be honest, there are plenty of people who are having work published internationally that use laptops to edit. And my DJ equipment is more important to me than a PC on a desk so no there really isnt a way, until we move to a bigger house.

Well like I said, you choice. A laptop is no match for a workstation, no matter who's done whatever with one.

But still better than not being able to post-process full stop.

this blade is specced weird. the quadro use case has shrinked nearly to zero since the nvidia studio drivers.. now you get nearly all the features on every 10 and 20 series gpu, also 30bit photoshop and applications certification. quadros just have more vram and on might be faster in some super special CAD apps costing more than a tesla.
also normal max Q seams to be faster with lower power aka on battery.
also for a professional workstation, go with a 19:10 or 4:3 screen, they are coming back and for working they give much more value. no one is buying a workstation to watch netflix.
and fortunatly this is the first macbook since 2011 whith nice specs, good cooling and the amd rdna gpus are becoming really nice undless you do 3d and rtx gives a massive boost

What are you editing on Linux with?