Aaron Eveland, the videographer of the wedding duo in Hawaii known as Makai Creative, set out to recreate the classic look of The Endless Summer movie poster – gigantic sunsets behind surfers on the beach – and that he did with the help of a Canon 800mm f/5.6 lens, a 2x Extender, and a lot of trial and error. It’s all worth it as you can see in his short film, Sunchasers.

Eveland had to do some extensive research before he rented the expensive 800mm, so he set out with his wife and son to help him take test shots so he could get an idea of where the sun would end up in his compositions:

I had rented the lens for two weeks and knew I had to take full advantage of it. Prior to receiving it, I had to do some research to know where on the horizon the sun would be setting, the position the camera would need to be and where the subject would have to be located relative to the setting sun and the camera. So I grabbed my 70-200mm f2/8 and x2 teleconverter and went to the coastline. My supportive, but hesitant wife even walked up big, sharp lava rocks with our oldest son to assist in this process. We did capture some amazing images in this scouting process. This particular day (2 images below) with my wife and son was extra special because about 75 yards off shore there was a Humpback Whale and her calf swimming in the Pacific. 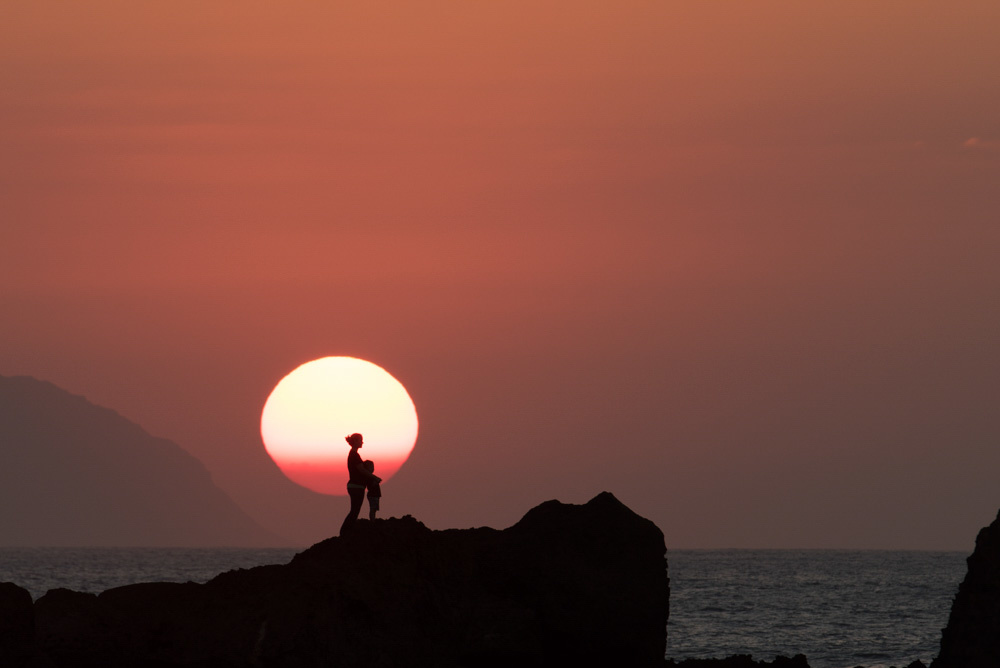 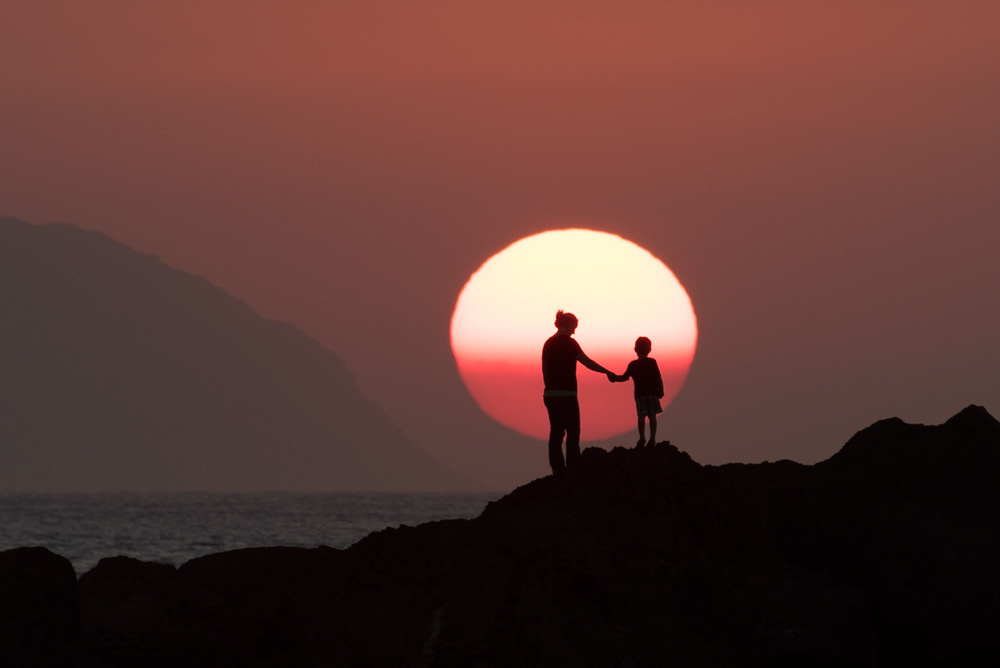 Fortunately, all the tests and months of preparation Eveland did beforehand paid off and he was able to get some breathtaking images – including some beautiful volcano fog, or “vog” as he calls it, which adds drama to the sunsets when the winds are still.

These sunset shoots were literally months in the making. I had to keep a close eye on the sunset time, but more importantly the sunset location. The only way the 800mm focal length could be advantageous hinged on the location the subject was positioned; the distance, the elevation, and the general surroundings. Moreover, there are only a couple of locations that created that ideal position. One location I used (i.e., images of Brooke with her longboard) created a 2000 foot distance between the camera and the subject. That created for a very dramatic image, but there were a many failed attempts because of variables out of my control: people walking in the shot, too much debris in the air causing a softer image, and the low elevation of the subject which created a very short window for the shot.

He admits that there were just as many, or even more, failed attempts along the way… but his perseverance really paid off as you can see from the photos below.

Not only was subject position of extreme importance, but the weather was the biggest factor. There were just as many successful shoots as failed attempts. For these particular sunset shots, there couldn't be any clouds on the horizon. A few times it looked like that the weather was going to cooperate so I got the camera set up, people in place, and as soon as the sun was coming into the proper composition, it hit a low layer of clouds and the shoot was ruined. It was a bummer, but also part of the journey. The times the shot came out, it made it well worth all time and effort put into the failed attempts. 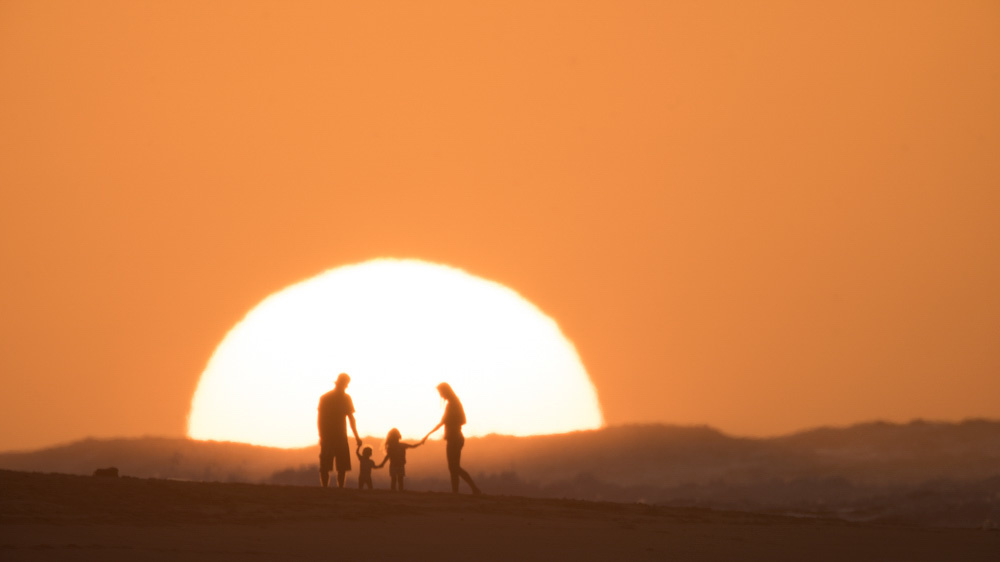 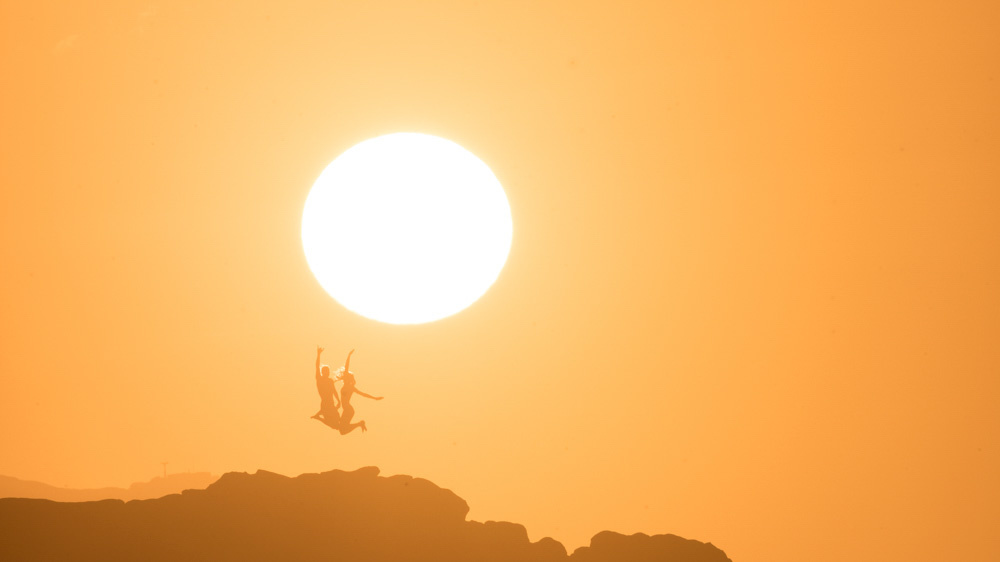 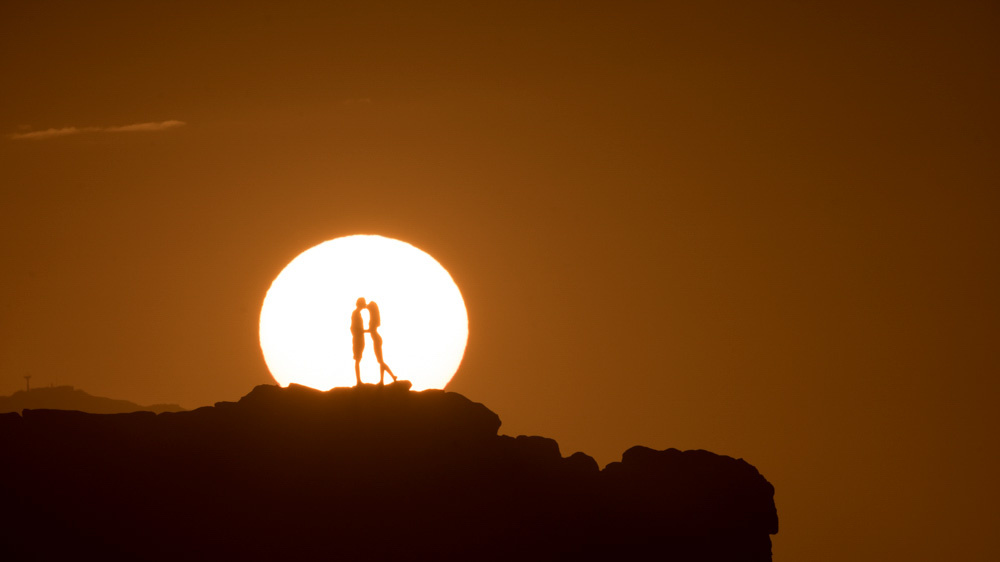 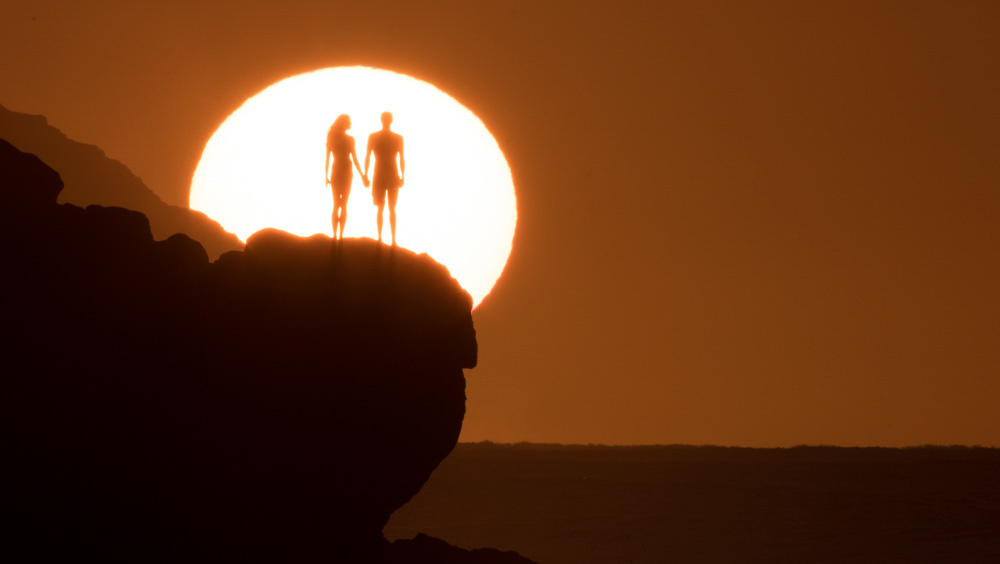 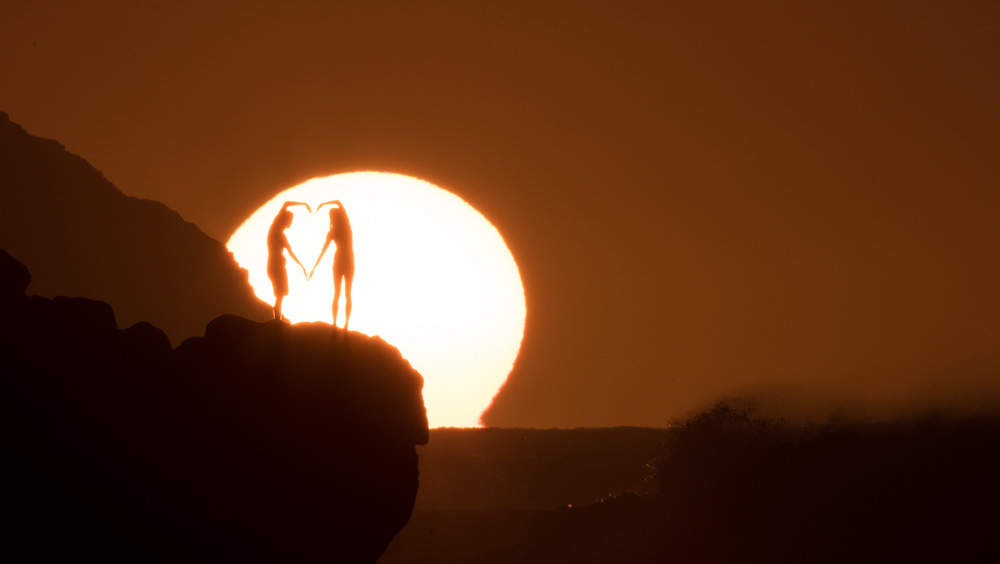 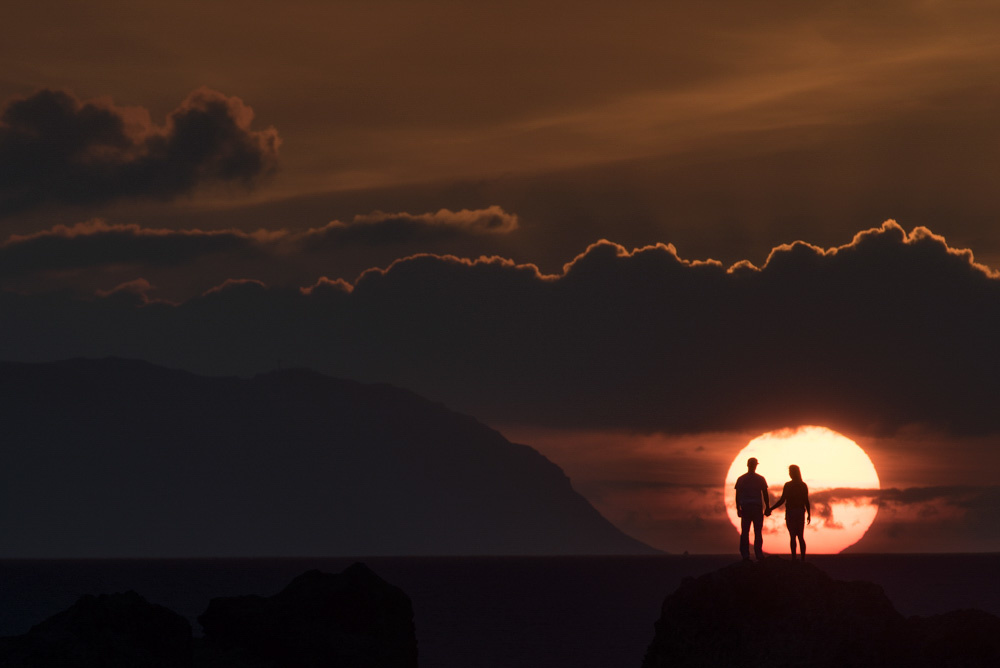 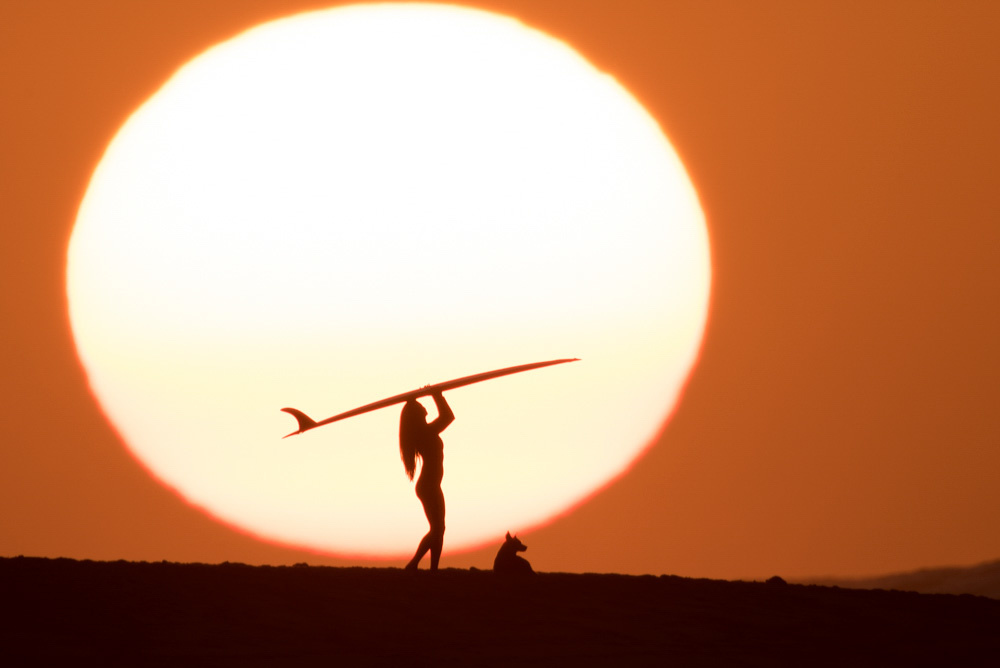 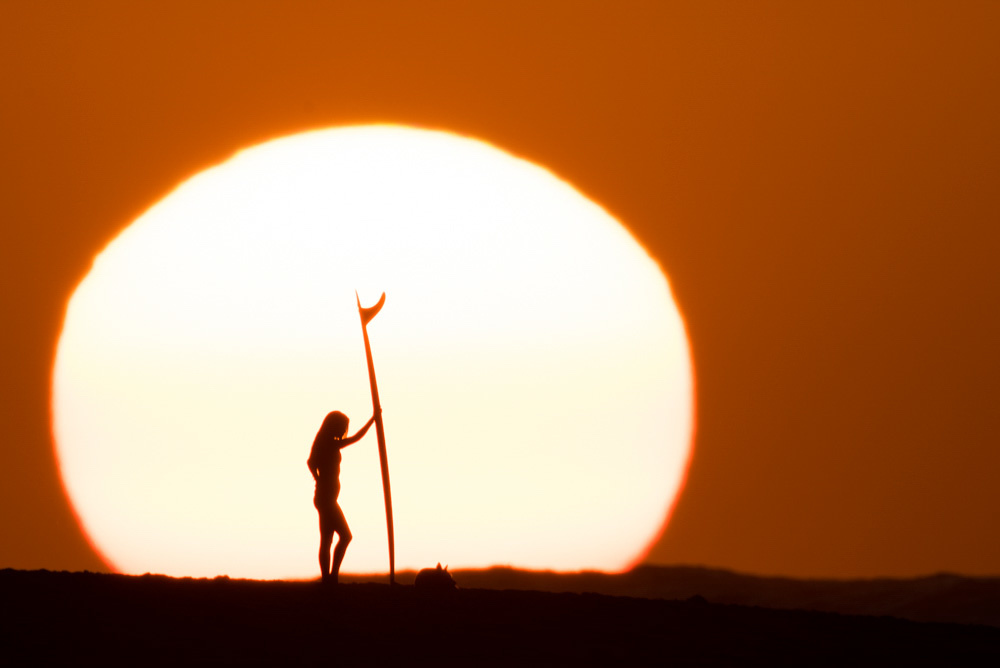 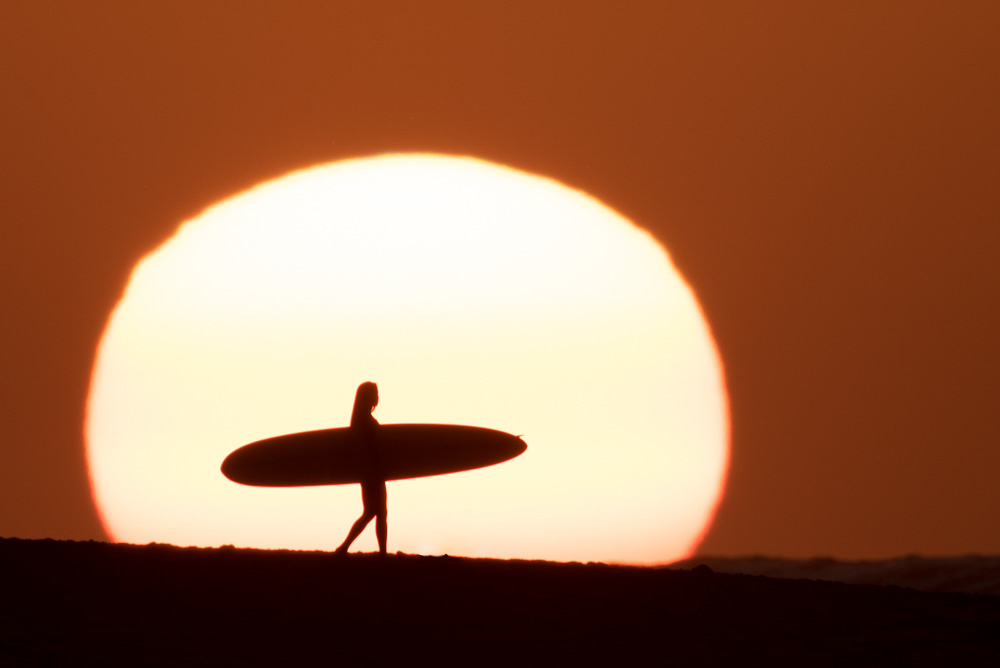 You can read the rest of Aaron Eveland's adventure in shooting these epic sunsets at his blog, and you can follow him on Facebook and Instagram. 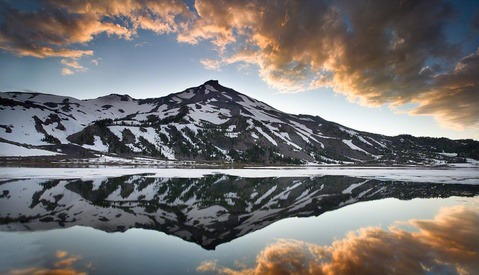 I think these are awesome. All the prep really paid off.

what a great way to wake up and see this amazing pictures, thank you guys