Photographer Arrested and Left Bleeding for Filming in Public Place

In an all too common occurrence, another photographer has been arrested for filming in a public place, catching the sad event on film.These cases are contentious, and spark vigorous debate. I'm often outraged, but the outrage is tapered when the photographer is being extremely animated and loud about their rights. Knowing police officers (albeit in the U.K), there are a lot of people out there who aren't honest and reasonable folk with an understanding of their rights; they're looking for drama and could be aggressive. The above video is a shortened version with some commentary. The full video with more context can be seen below:

Thankfully, and indeed sadly, that's not the case here. The photographer in this case appeared to me to be polite and well-informed, but the situation simply escalated because the police officers didn't appreciate their lack of power in the given situation. They initially claim their motivation is that of a concern for the welfare of the man filming, purporting that he seemed intoxicated and they were worried he was going to get hit by a car. Whether that's true or not — and perhaps I'm naive for thinking that does sound fair as the man doesn't deny having had alcohol, but just that he's intoxicated — his welfare was clearly not their chief concern as he's left with scratched glasses and blood pouring from his forehead. 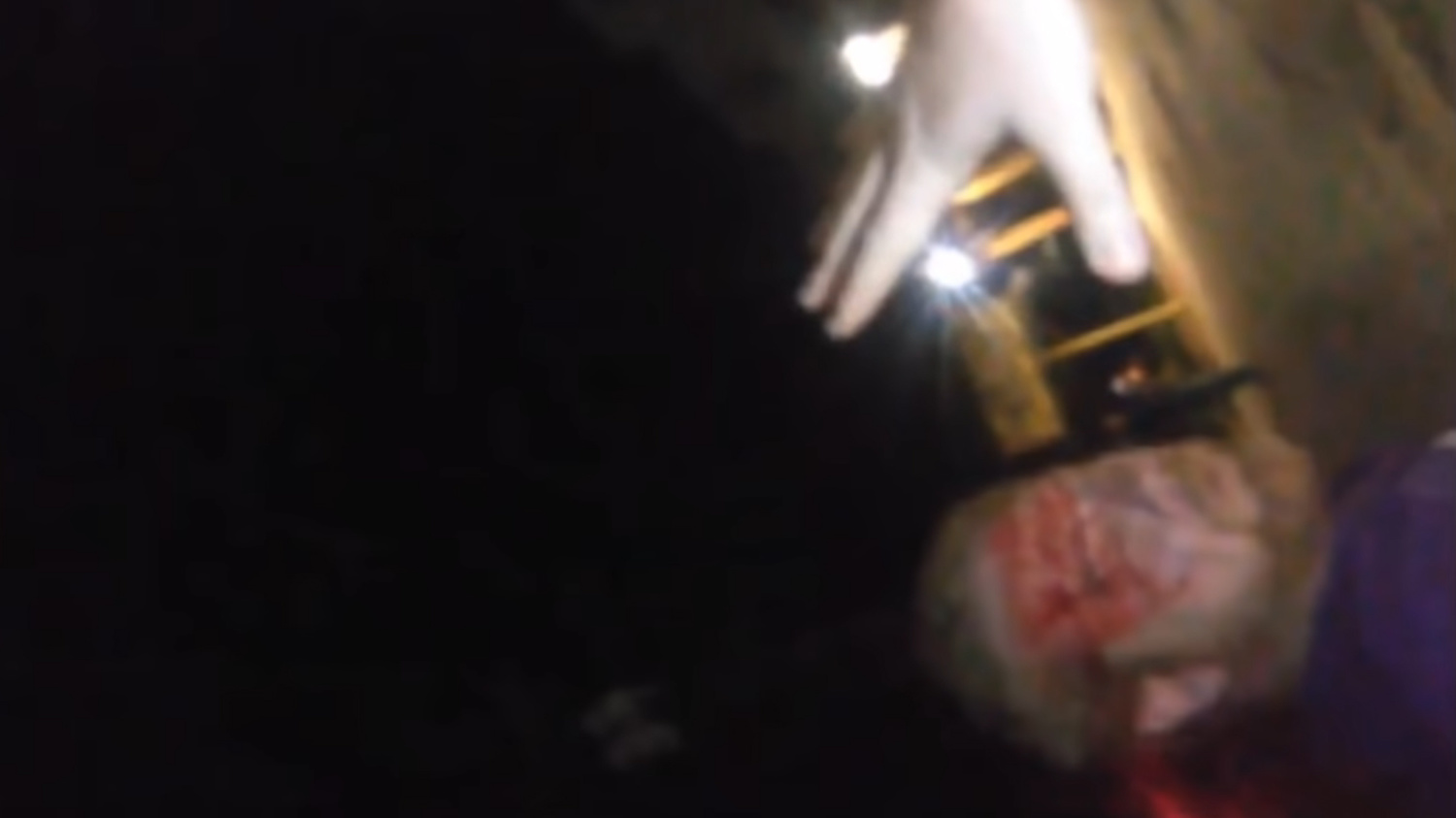 The caveat — and it's large — is that it seems the photographer filming and falling victim is a sort of cop vigilante, stalking police and waiting for them to act out. This could be due to abuse of power becoming commonplace and he wants to help put an end to it, but I can't help but wonder if he has other motives. Either way, an aggressive arrest against a non-violent person is extreme.

Can a photographer be in the wrong if they state their rights and don't comply with the requests of the police? I realize this topic could get heated in the comments, and I ask you to be polite and levelheaded.

Posted In:
Legal
News
via:
San Joaquin Valley Transparency, Concerned citizens where is the constitution.
34 Comments

Business / April 25, 2019
The Biggest Threat to Working Photographers is a Lack of Insurance

A photographer with the Nokia phone from the 90s?

Goddamn. I almost got knocked over at a protest yesterday by cops hauling someone away lol. They didn't care about my camera, yay Canada.

Law enforcement has enough to worry about in the course of a shift. They certainly do not need content chasers attempting to provoke them; some are calling this an audit, into a reaction and then using said reaction to garner views, or likes, on their platform of choice. Here is what our law enforcement professionals face daily, in case some of you have forgotten.

I have over 1000 hours of riding with these men and women who serve my/our community, and state, to speak from a relative place of knowledge.

That being said, no one is above the laws that govern our society. Are there those that are not suited to wear the badge? Yes. Are these individuals dealt within the confines of department policy and criminal law statues when warranted? Yes. I have been witness to that as well. However, when you have stupid people playing stupid games, they will win stupid prizes. For those here that are using this to bash law enforcement, shame on you. You are no better than those who use this same rationale to disparage certain groups of people based on the actions, of what amounts to mathematically, a minimal number of individual perpetrating an unlawful act. Do not be that person.

In the end, I believe there is culpability on both sides. Without knowing the entirety of the eluded to back story, there is no way to accurately gauge why this interaction progressed in the manner that it did. As in most cases with this type of content, knee jerk reactions are expected, and the totality of the truth is seldom known.