You might remember a recent story in which an athletic sponsor was forbidden from referencing the Olympics when reporting on one of their athletes. It seems the US Olympic Committee is now clamping down all the more, issuing very stringent restrictions.

The USOC recently sent out letters to companies that sponsor athletes but don't have a specific sponsorship designation via the USOC or IOC:

Commercial entities may not post about the Trials or Games on their corporate social media accounts. This restriction includes the use of USOC's trademarks in hashtags such as #Rio2016 or #TeamUSA.

While companies whose main focus is media can report on the Olympics, any company that does not carry a special designation or whose purpose is not media, i.e. most any company, is forbidden not only from using USOC trademarks, but from posting results, pictures, or even sharing and reposting content from the official Olympic account. I'm not a lawyer, but I'm not sure of the legality of forbidding users from sharing content posted on sites like Twitter and Facebook that have built-in sharing capabilities and where that fits in with each site's terms of service.

The USOC's justification for the extreme restrictions is that those who pay for the special designations fund the athletes attending the games. Nonetheless, Sally Bergesen, CEO of Oiselle, whose company was told to remove such pictures, claims that of the $300,000 it costs to send an athlete to the Games, the USOC reimburses approximately 1 percent, lamenting: "Is that supporting them?" The restrictions also extend to athletes, who are forbidden from specifically referencing the Olympics when speaking of a sponsor or company that does not carry the special designation. On the other hand, USOC Chief Marketing Office Lisa Baird notes:

We need to give sponsors exclusivity to our intellectual property that is protected by U.S. law... Athletes can certainly generically say 'thank you for your support' during the Games, but a company that sells a sports drink certainly can't post something from the Games on their social media page or website. They're doing nothing but using the Olympics to sell their drink. That's entirely different from what say, ESPN is doing, which is clearly defined as journalism.

Companies that do not carry the designation were given the option of being allowed to forgo the rule so long as they agreed to begin running ads in March of 2016 and continue running them through the Games. However, Bergesen notes that this is not a viable option for smaller companies both financially and because at that point in time, they don't know which of their athletes will quality for the Olympics. Oiselle even went so far as to encourage fans to post about the company's athletes and use their own special hashtag:

Personally, I have to disagree with Baird. As I mentioned in the previous article, many of these companies have sponsored these athletes for years, and to specifically forbid them from reporting on the pinnacles of these careers seems strange. When a company has supported an athlete for five years, as is the case with Oiselle, the Olympics are incidental to that career, not the longterm realization of that company's advertising goals, because surely, a corporate entity can do better with their advertising budget than to take a five-year gamble on possibly obtaining an implied endorsement. That's just too roundabout to seem reasonable to me. What are your thoughts? Let us know in the comments!

Have they lost their minds? I'd be surprised if the sponsors don't go after the USOC.

Sports committees, federations, etc., are notoriously and terribly controlling. They've all lost their minds a long time ago. It's a wonder they continue to get the support they do both politically and morally from "the people." This all is probably one of the best contemporary examples of how sheer money (and not much else -- certainly not any power based on trust built on a history of highly ethical policies and behaviors) can let an organization get away with some pretty terrible things. Sorry, but it's true. From FIFA (and women's USA soccer vs. men's) to the IOC -- it's pretty bad.

On some level I understand their resistance to allow brands to leverage their IP to sell shit. When bloggers who aren't commercial entities repost my photos or photos of me I don't mind but when people use something I created to sell something I feel like I'm owed a cut.

I'm so tired with these "social media professionals". Sometimes with their crazy demands, restrictions, and rules, they actually hurt their brand even more.

That's a brilliant and enlightening analysis; thank you for sharing that.

It is truly amazing how the IOC and USOC are protecting their cash cow. I imagine this is what FIFA based their organization on and we all know how that played out.

As a former Olympic Track & Field Athlete I can tell you the USOC and IOC dose not care about the athlete. 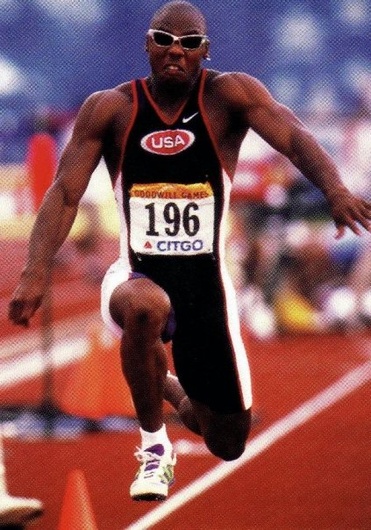