Coming from the realm of really bad ideas, a 28-year-old Miami Beach woman has been charged with three counts after she posed as a high school student in an attempt to get more Instagram followers.

The incident happened on Monday, when 28-year-old Audrey Nicole Francisquini snuck into American Senior High School dressed like a student, carrying a skateboard and painting and wearing a backpack. She then began passing out fliers with her Instagram handle and badgering students to follow her, while also recording her actions. School security eventually confronted her, at which point she claimed to be a new student looking for the registration office. After pretending to head for the office, she then prevented students from entering a classroom to promote her Instagram again, at which point security confronted her again and alerted the administration of a potential threat.

Francisquini, a former police officer, then exited the building as more security closed in on her and ignored police commands to stop. Police used her social media and driver's license to find her address and later arrested her at her home in Miami Beach. On Tuesday, she was ordered to stay away from the high school and has now been charged with burglary of an occupied dwelling, trespassing an educational institution/interference, and resisting an officer without violence to his person, with a total bond of $16,500. 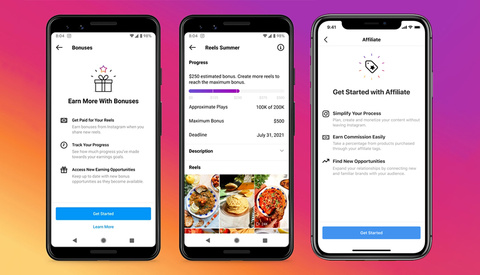 I came here to make sure this was posted. : D

How far down the Instagram rabbit hole do you have to be to go *this* far? 28 years old, dressing as a high schooler to hand out flyers to promote your Instagram to get more imaginary internet points... This country needs significantly improved mental health services.

"Floriduh woman" is starting to catch up with "Floriduh man"!

Sad and unfortunate. Hope someone helps her out.

All I saw was "former police officer".

And, with that, the penalties should be more severe.

Wow, I looked her up. Seems she lost her job as a cop for 'hacking' a colleagues social media accounts and posting nude photos of said colleague (so it looked like the colleague was posting them herself).

Sounds like the selection process for who gets to be a cop in Dekalb County Ga needs to be a little more stringent!

OMG! I wonder if she used those "hacking" skills in other ways: ways in which her arrests and convictions need a second look.