Having Canon post one of your images to social media is a worthy accolade for any photographer. However, if they do so without crediting the artist, it devalues it somewhat. It's devalued further when your work only comprises half of the image in a re-edited composite. Any value left at this point is then stripped away when the image in question wasn't even taken with a Canon.

[Update: Canon Italy have responded and it's... underwhelming.]

If you're into landscape photography, you're probably already familiar with Elia Locardi; plus, he's a bit of a rock star around here with his “Photographing the World” series being very popular. In fact, it was in the Facebook group for tutorial owners that Matteo Callisti brought to Locardi's and Fstoppers' attention that the official Canon Italy Facebook page had posted a very familiar image. The image looked incredibly similar to one taken by Locardi: 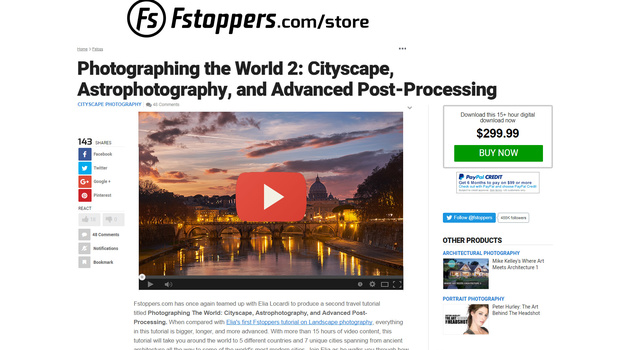 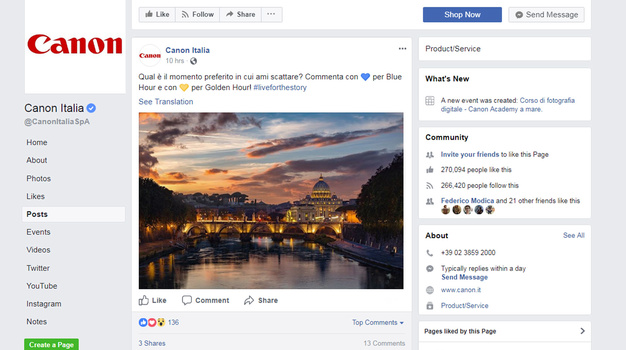 Interesting. It's definitely not the same image, but the top half looks almost identical save for the reprocessing. Take a closer look: 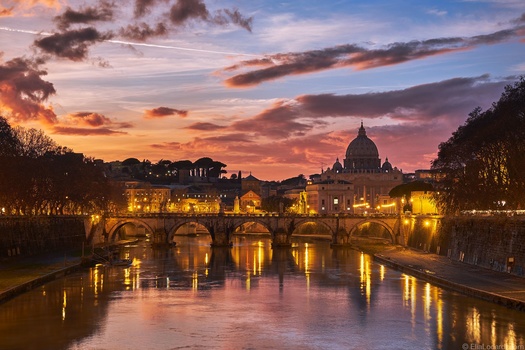 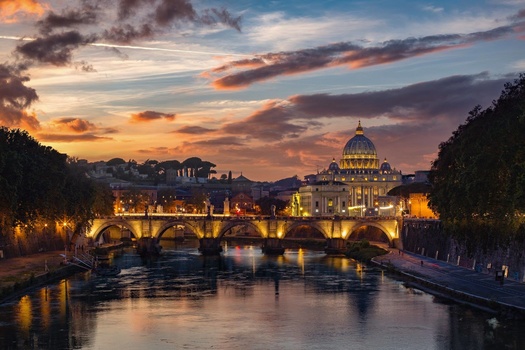 It may have been adjusted, but it's the same top half down to the pixel, and I mean that literally, as you can see with this bird/pixel:

It's quite clear it's a composite using Locardi's sky and a few parts of the highest foreground, and the shot used wasn't even taken on a Canon camera: it was taken on a Fujifilm X-T1. To make matters worse for Canon's social media team, the image has been posted on the Instagram accounts for Canon Italy and Canon Spain:

So, the social media team for Canon Italy (and Spain) have posted a composite landscape, half of which was stolen, not taken with a Canon, and not credited anyone involved in the creation of this image. Rough day at the office.

It almost looks like they wanted to piss off the biggest amount of people possible with a single image :D

Goes hand-in-hand with last week's statement from Canon admitting they can't keep up with innovation........

Look at the patterns in the water/current, too. It's the same, except cropped in a bit. It's just been shifted. I think the bridge and building and lighting/lights are different. But that water is definitely 90% the same, with the biggest differences coming from massive added light reflections.

Yeah, I think some of the water was used as well.

I can't find the composite via Google Image Search – you'd think one of the hundreds of shots here could be cleared!

An editorial use of an image when the article is about the image (as opposed to about the subject of the image) falls under 'fair use'.

Lets chalk it up to Canons “lack of innovation” interview.

Sorry Elia but I like the Canon version better hahahaha.

To be fair, Elia's version that was stolen here was shot live during our tutorial. The Vatican lights were off the whole week as they were converting them to LED. Elia's portfolio version of this shot is better than both versions being debated here.

Yeah I understand that. I do like the one with the light on much better though.

So now we are copyrighting the sky?

If it was for any other image, I'd probably think of it as fair use.
But they are using almost the same composition as the photo that the sky was taken from. It is not providing any added value, so I do think it should be credited.

It's not really a question of "copyrighting the sky" but more so the fact that someone clearly ripped of Elia's image, took what they considered the best parts and blended it in with another image. That's clearly wrong. It doesn't matter if they took one tiny cloud - it's someone else's work.

Exactly. And on top of that, Canon did it. No some "not photography related" company....

It is Vatican. They even have model releases for the sky.

I find it odd that the Canon accounts didn't credit anyone for the image. It's very possible they had nothing to do with the actual theft/composite but were provided the image by a 3rd party who "created" it. But then why not credit that person? Bizarre situation overall.

There is only one thing left - to find that bottom part was shot on Nikon/Sony/Pentax/Olympus/Whatever.

That's just too much work for making such a terrible mistake. Seriously, did nobody at ANY moment say something like hey, MAYBE this is not a good idea?

Tsk tsk....I shot Canon for many years and their cameras are pretty good. Shame they couldn't put a photographer on location with one of their own products for this shot.

Just another reason why I switched to Sony. Never going back.

No lights in the Vatican reflection on their image lol. That should have been part of the process during the creation of the illegal composite. Crazy story. I hope they make up for it Elia.

According to an article about this image that was posted on DPR, the image Canon used was a royalty free image on unsplash so Canon may not be directly responsible for this situation.
Honestly, the worst part about this story as it relates to Canon is that they can't find the $$ to actually pay a photographer for an image. It's a company selling a variety of photographic equipment to a variety of people, including those who make a living from using the equipment they sold, and they can't be bothered to support them in return.
That's just sh***y.

Just so I understand you....you are saying that certain parts of the image were royalty free and used to composite unto the EL image?

Didn't we just see an article yesterday about unsplash??

The image on unsplash is royalty free. Whether the person who put it there had a legal right to do so (because the majority of it was an original work by Elia Locardi) is another matter. Basically, Canon did nothing wrong (unless they can be legally held liable for using an image that is predominantly a stolen image).

It's free in Unsplash. https://unsplash.com/photos/TsK-83d7xAc

No...it can't be. Nobody would steal...and even if they do so what. It's "exposure". Locardi is going to be rich!

Who is this Greg Paul Miller character providing the image on Unsplash for free? Not only Canon is liable in this infringement. unsplash.com/@gregpaulmiller How many of the other images contain stolen imagery?