Light Painting with 1,871 Slices of a Corpse

Joseph Paul Jernigan was a Texas murderer who was executed by lethal injection. His body was then sliced into 1,871, 1mm cross sections, digitized and has now been used to create eerily stunning photographs.

...to create these images:

This animation represents the entire data set (1,871 slices) of the male cadaver from the Visible Human Project. The animation was played fullscreen on a computer, which was moved around by an assistant while being photographed in a dark environment. The resulting images are long-exposure "light paintings" of the entire cadaver. Variations in the movement of the computer during each exposure created differences in the shape of the body throughout the series.

The project has been named 12:31, which was the time of death (by lethal injection) for Joseph Paul Jernigan.

In 1981, Jernigan was sentenced to death for stabbing and shooting 75-year-old Edward Hale, who discovered him stealing a microwave oven. Jernigan spent 12 years in prison before his final plea for clemency was denied. His cadaver was sectioned and photographed for the Visible Human Project at the University of Colorado's Health Sciences Center.


Visible Human Project is an effort to create a detailed data set of cross-sectional photographs of the human body, in order to facilitate anatomy visualization applications. Jernigan's cadaver was encased and frozen in a gelatin and water mixture in order to stabilize the specimen for cutting. The specimen was then cut in the axial plane at 1 millimeter intervals. Each of the resulting 1,871 slices were photographed in both analog and digital, yielding more than 65 gigabytes of data.


Concerns
At the prompting of a prison chaplain Jernigan had agreed to donate his body for scientific research or medical use, without knowing about the Visible Human Project. Some people have voiced ethical concerns over this. One of the most notable statements came from the University of Vienna which demanded that the images be withdrawn with reference to the point that the medical profession should have no association with executions, and that the donor's informed consent could be scrutinised.


From Kenn:
The results of 12:31 are damn spectacular. I've watched the animation used in this project years ago but having seen what Croix, Frank and Alex have done with it makes me think: "Damn, why didn't I think of that!?" They have definitely helped me view things differently. I now try to look at everything as a potential project. Thanks for the inspiration guys.


If you want to receive the best of the month's news articles in a convenient newsletter with added features such as Easter eggs, upcoming contests, great deals and more... then don't forget to subscribe now.
And don't be shy. I could use some more friends these days so hit me up on Twitter and Facebook.
Posted In:
FS News
28 Comments 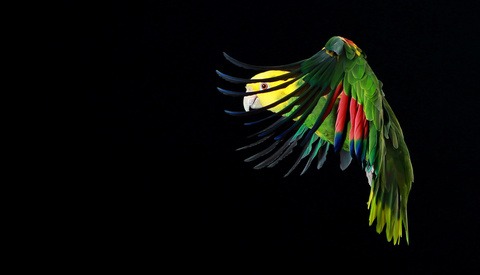 Animal / February 1, 2020
Tips for Starting Out in Pet Photography Yeah, but what an imagination!!!

uhhhh, wow.  im speechless (and partly grossed out) ... but speechless

Question. How do you cut a human cadaver into 1mm slices?

i think they cryogenically perform that task.....

yeah they're not actually slices - they froze the body and basically shaved off a millimeter for every new photo - i saw the documentary about what they did back when i was in high school.... In the end there was actually nothing but a human mush left over - sickening thought much.

I believe that is a MRI scan

definately no an MRI image but same concept axial slices throughout a body. a CT scan would look the same but that is infact a body most likely frozen and slice like a coldcut

Not an MRI scan.  They froze the body (as Shannon mentioned) and slice it with an extremely sharp mechanical cutter.

Any one here using Firefox 5 on win xp that are having problems getting the Vimeo video at the top to load like me?

All i get is a black box.

Last week I couldn't get Chrome to work with Facebook or Firefox to work with Youtube videos so I was switching back and forth depending on use.  Got frustrated and eventually went back to Safari but it's weak functionality is bugging me. Damn.  Why's the web got to be so complicated.  :P

Genius! Definitely makes you want to start thinking outside of the box more.

Genius! Definitely makes you want to start thinking outside of the box more.

That' s kinda fucked up.

I'm ok with the whole "cut him down in pieces" but the images that they produced trouble me deeply.

Powerfull yet very calm sense of death. Almost like a zen "Death Eater" in Harry Potter...

Somehow it troubles me to think what some people will do for "art". Joseph Paul Jernigan donated his body for medical purposes, I have a feeling that even he, as a murdered, would find this attempt at art tasteless.

Sick...as in hot, hot as in cool, simply put its dope!

I did it with myself, but I'm still alive... ok ok... I used my tomography and laser scan:
http://www.youtube.com/watch?v=8repkchvIVY&amp;list=UUpKjpmwlxkl7rDlxeNJCobw&amp;index=1&amp;feature=plcp