At the age of 13, Moscow born photographer Oleg Dou was already playing with Photoshop but it wasn't until 2005 that he bought his first professional camera. Looking at his work, it's not hard to see how learning in this order greatly influenced his style.

Oleg also tells us that he was greatly inspired by child funeral portraits of centuries past and by an unhappy memory of his childhood, when, he was forced to wear a white rabbit costume that his mother made, at a party. Horrified Oleg bursted into tears at having to smile for the camera.

"I couldn’t pretend being happy in front of the camera, I hated being photographed. The image finally reflected my discomfort and my vexation. It’s still often the case today. I try to recreate the expression of this embarrassment in my portraits, but this time, I provoke it. For the "Cubs" series, all the costumes were tailored by my mother, based on my sketches. "
-Oleg Dou- 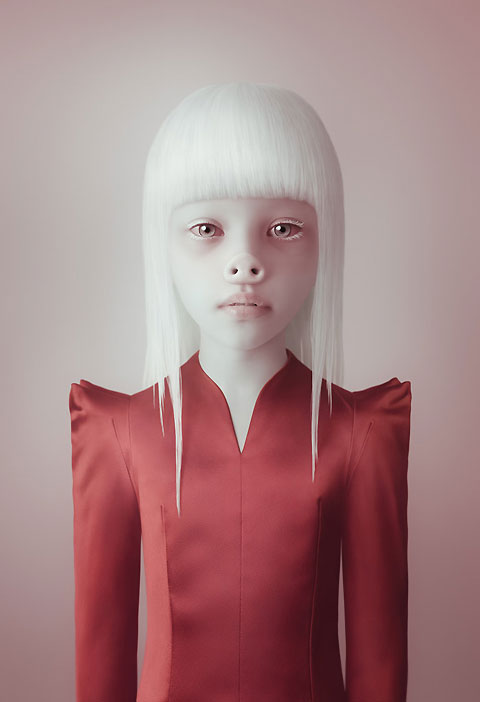 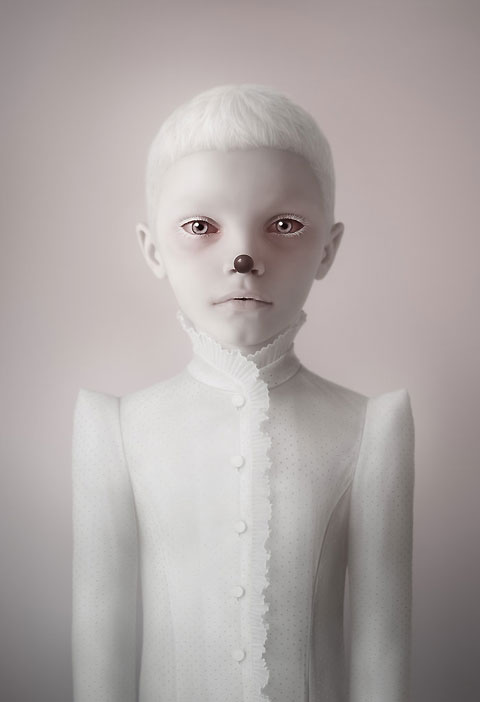 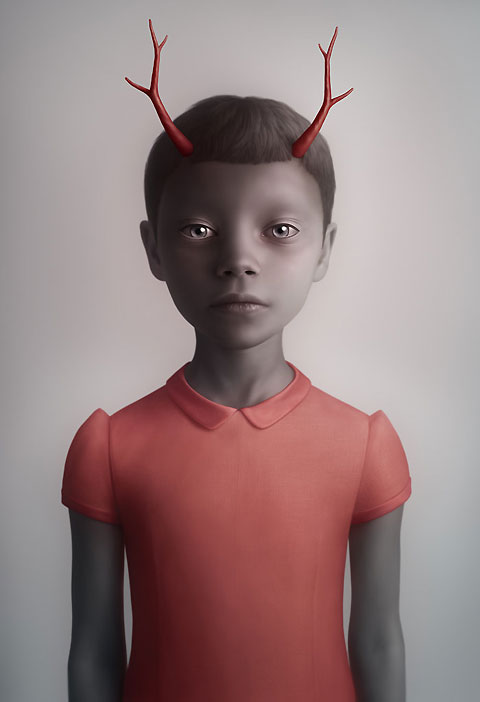 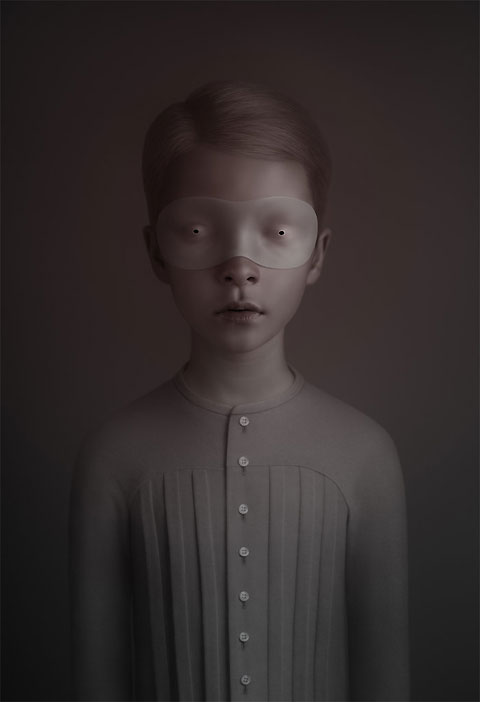 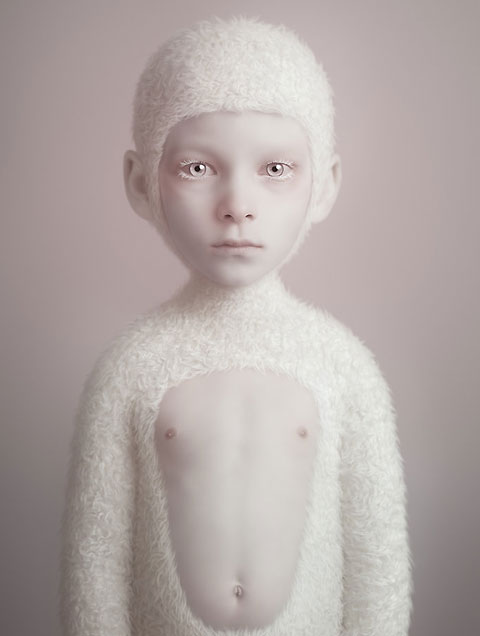 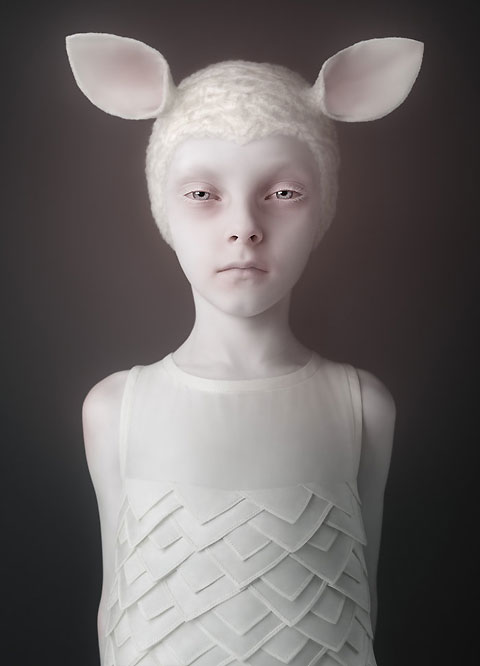 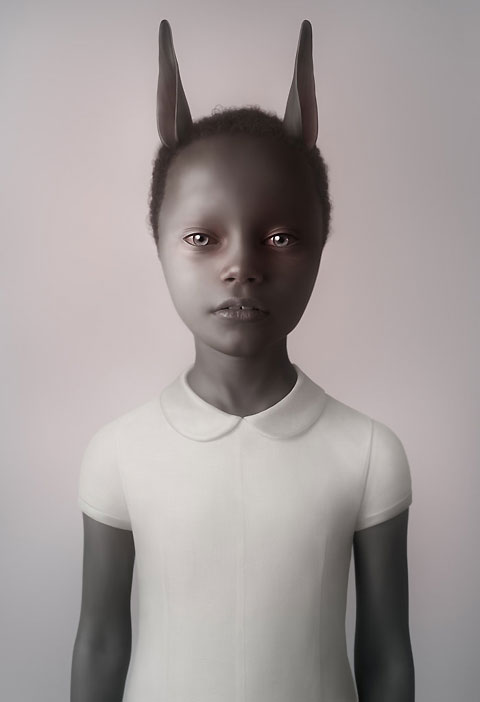 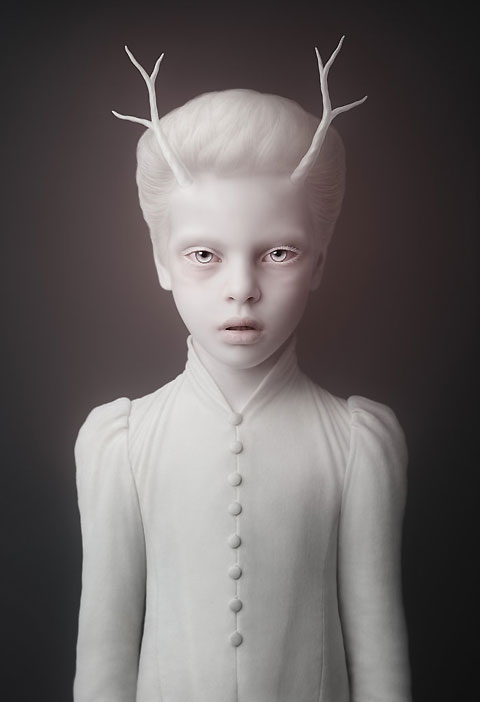 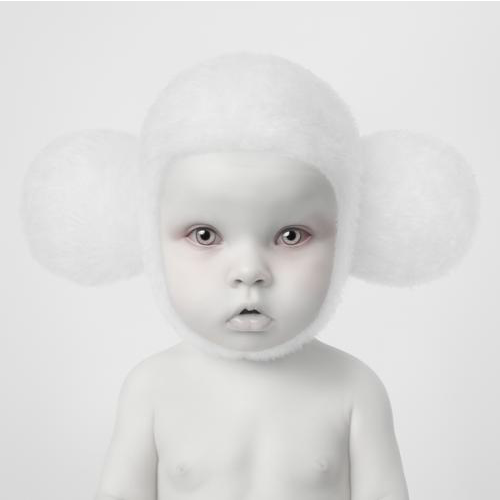 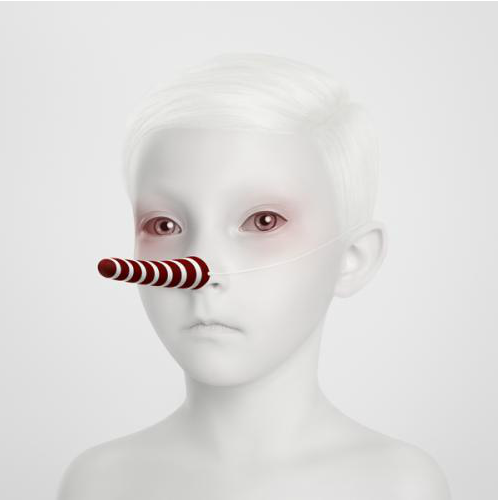 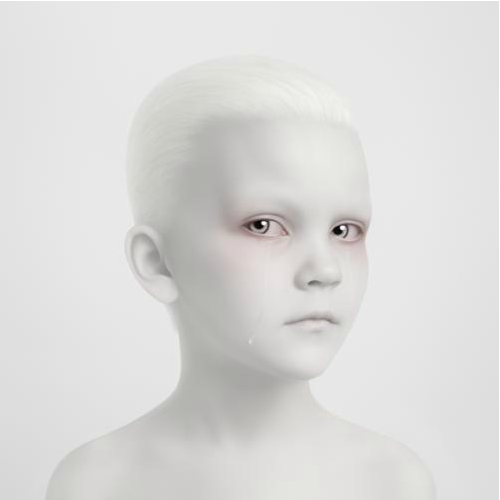 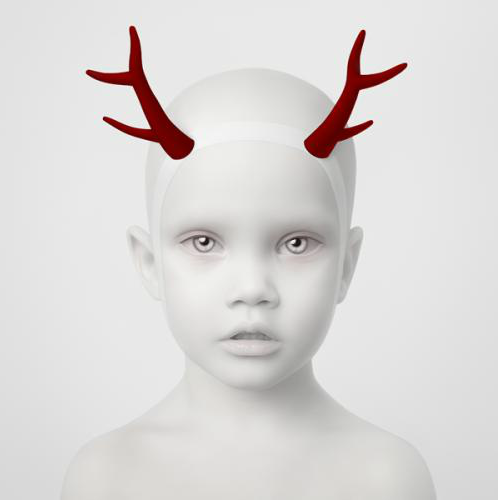 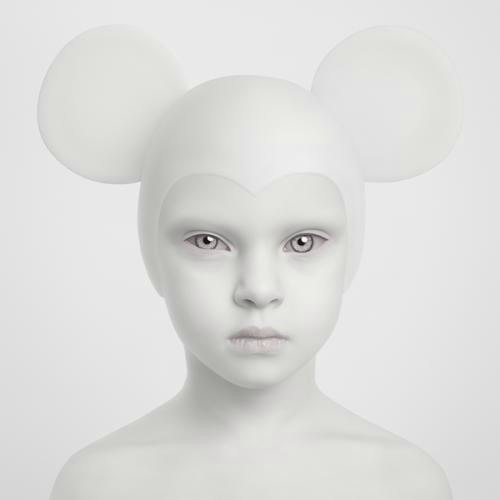 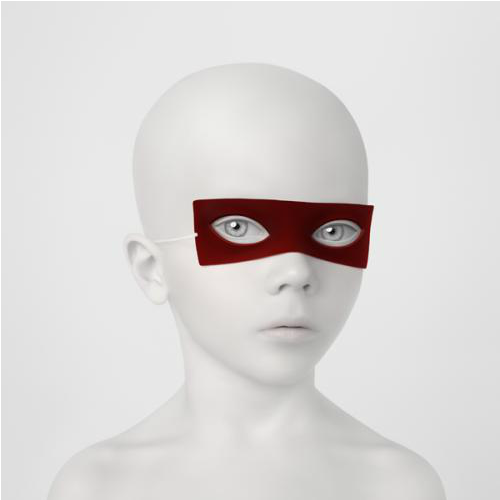 If you want to receive the best of the month's posts in a convenient newsletter then don't forget to subscribe now.
And don't be shy. I could use some more friends these days so hit me up on Twitter and Facebook.

He needs to start therapy yesterday!

So how much is photoshop? What is the effect he is using with the skin? Are eyes the only real thing or what?

Is it just me or I don't get most of the comments here? I hear this on a daily basis, we have to shoot something different, you have to be original, you have to get out there and really push your creativity and when someone really does it, we say he should get therapy? I don't get it... I love those pictures, it's superb work, creativity to the top! Bravo

I completely agree! I love these! They're like fine art pieces I'd hang on a wall.

I whole-heartedly agree! It's fascinating and starts conversations on so many levels. All good art causes feelings. Good, bad or otherwise doesn't really matter. He makes you think, relate and revolt all at once!! Amazing work!

i don't love those pictures..because they are not my taste. but i can see that it is awesome work and something new.. so i totally agree with you!

i loves him! after look at some high resolution images i think there are also 3D elements in there..

This is awesome. It really reminds me of the artist Mark Ryden: http://www.markryden.com/paintings/index.html

Looks great, would love to see the process though. If I didn't know better I'd think these were illustrations/3D renderings, not photographs.

Yes, very Mark Ryden. It has a very painterly look.

These are stunning, very arresting... they pack a big punch.

bursted?? re you shitting me??

I thought this guys was interesting, kinda demented but then i seen Mark Rydens work and OMG that Man has deep issues. (o_0)

Some of it is unnerving, but it's definitely creative. I don't think he needs therapy- he's new, and that scares people sometimes. Bravo on thinking outside the box.

Absolutely stunning series I love it

This is wonderful! The expressions are amazing and the feel of the portraits is so innocent yet corrupted. Such contrast and softness is well paired.

The artist is not in need of therapy. He's making something absolutely astonishing, and it's pathetic that some people out there judge him in such a way when our own society accepts grotesquely thin models and other disfigurements.

I absolutely hate these images.  I find them disturbing.

I was thinking the same thing.

Something new and fresh.  As someone wrote...are disturbing. If you feel an emotion the work has express a message. Is  cold "innocent" and different.  I wouldn't hang one of them in my living, but I admit : the author is doing a proposal with pro quality.  Congrats to him. In my opinion he is excellent.

Amazing, creative, alluring the essence of a photographers mind at work.

Like photos from another planet. What Galaxy far, far away are these from? What time? Powerful. Love this work.

The photo in dark tones, the child has a mask over his eyes with tiny holes in the mask, that is a particularly compelling image that suggests a whole world almost unknown.

brilliant work. don't most creatively talented people have some sort of issue...that's what makes it work for them, thank you for sharing these beautiful photographs with us and what an amazing your mother did too with the clothes

A great reflection on what the photography of children can become in some studios. Excellent study.

Maybe not the best thing for just before bedtime....

Whoah! these are great! I am at a loss for words...mysteriously attractive...some to the point of being repulsive and yet I keep coming back to the top and going over them...the innocent children with a sadness, madness, ..or are they just being "used" ...like puppets? They bring many conflicting thoughts to mind!

Holy Crap! This guy is amazing.

Where does the line go between photography and digital illustrations? When is it crossed and when is it maintained?..

The line between genius and madness is often blurred in the case of exceptional people. This is powerful and thought provoking work. Fine unnerving art. I love it.

just not sure how much of this is "photography" tho its more surrealistic digital art.. we need to stop categorizing everything as "photography" cuz its simply not.. #needmorehashtags

not to my taste but heck, original, clever and interesting !!

Though these images are beautiful in a twisted kinda way, at what point does it stop being photography and start becoming digital art?

I really love Oleg's work. It's absolutely amazing... to me. too bad I can't afford one of his prints lol