Skylum created a bit of a late summer storm when it announced a new image editor, Luminar Neo. The complaint from users has been that Skylum drops development on an editor, only to release a new one, while essentially going end of life on the current software.

There's some validity to the complaint. My advice to Skylum is to settle on a codebase, lock it in, and keep updating it, a la Adobe and many of their competitors. Still, Skylum has offered some tremendous software and given us very high-quality AI tools for sky replacement, portraits, and much more.

Skylum has already announced Luminar Neo for this winter, but we're getting more details of its capabilities.

Creators can combine multiple images as layers on a single canvas, including raw images, for maximum control over color and light. Blending, masking, and opacity can be used to create collages, double exposure effects, and other powerfully creative interactions between layered photos.

PNG images with transparency can be added to layers, allowing artists to move beyond strictly photographic compositions. Textures and other graphic elements can add additional flourishes to the final work. Once these elements are on a layer, they can be easily moved, rotated, and flipped to place them precisely within the composition. Luminar Neo includes built-in overlays and object libraries, which allow artists to start creating layered compositions right out of the box.

Luminar Neo can fix a portrait where the foreground subject is underexposed. Enhance a landscape photo where the background is overexposed. RelightAI helps isolate the problem areas for correction while leaving the rest of the image untouched. Advanced controls let the artist naturally reposition and blend the light. 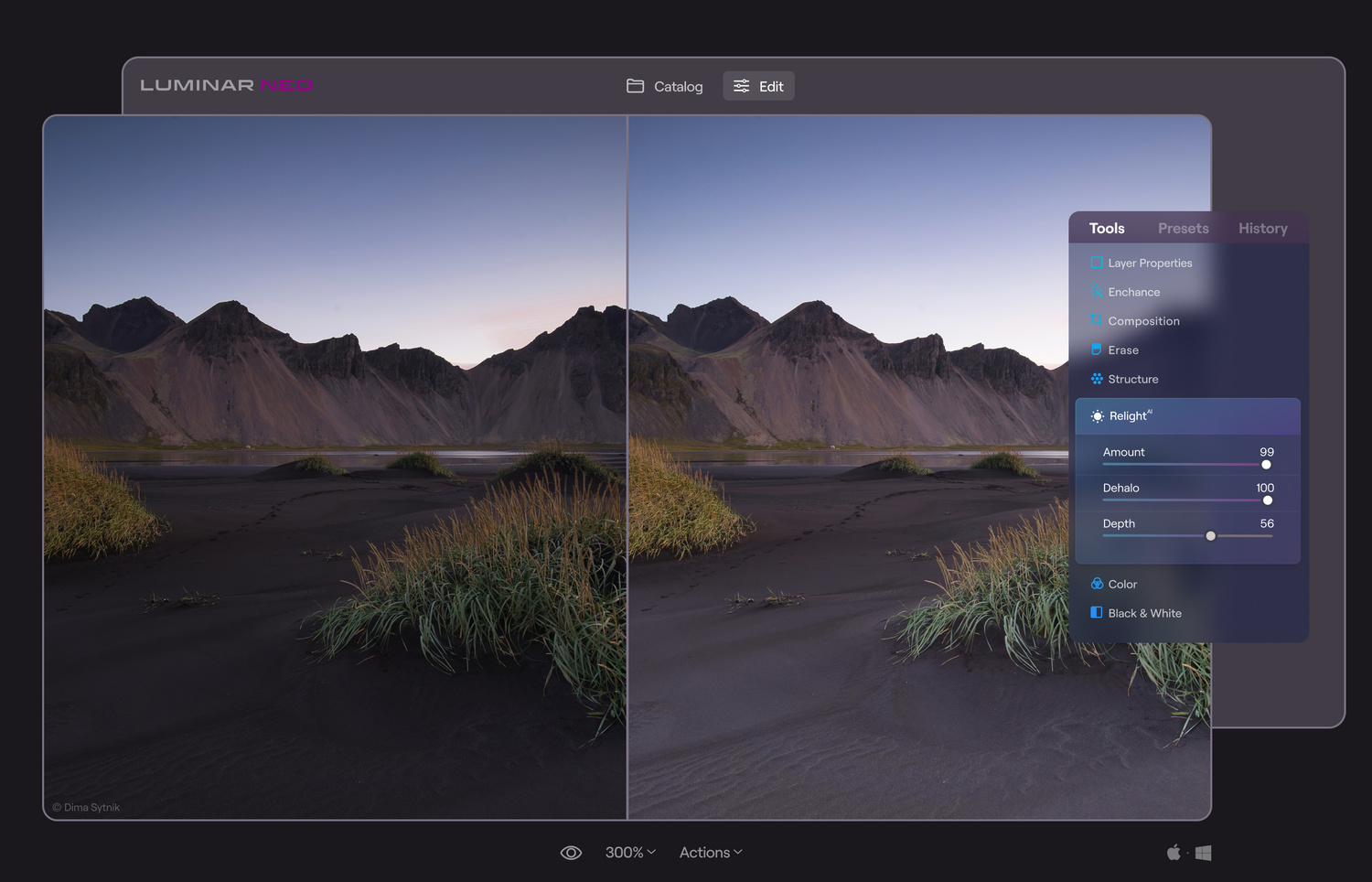 By combining RelightAI with other scene-aware tools, photographers can precisely adjust the lighting of any photo.

Artificial intelligence that drives several tools in the Luminar family is 3D Depth Mapping. It is used in AtmosphereAI and Portrait BokehAI to recognize the contents of a photo. Depth mapping seamlessly identifies the planes (i.e. foreground, midground, background) and the elements (i.e. people, buildings, skies, animals).
RelightAI is a lighting tool that uses the 3D Depth Map in a whole new way. RelightAI provides discreet and creative control to artists, allowing them to independently adjust the lighting in the foreground and background to recover detail and color. 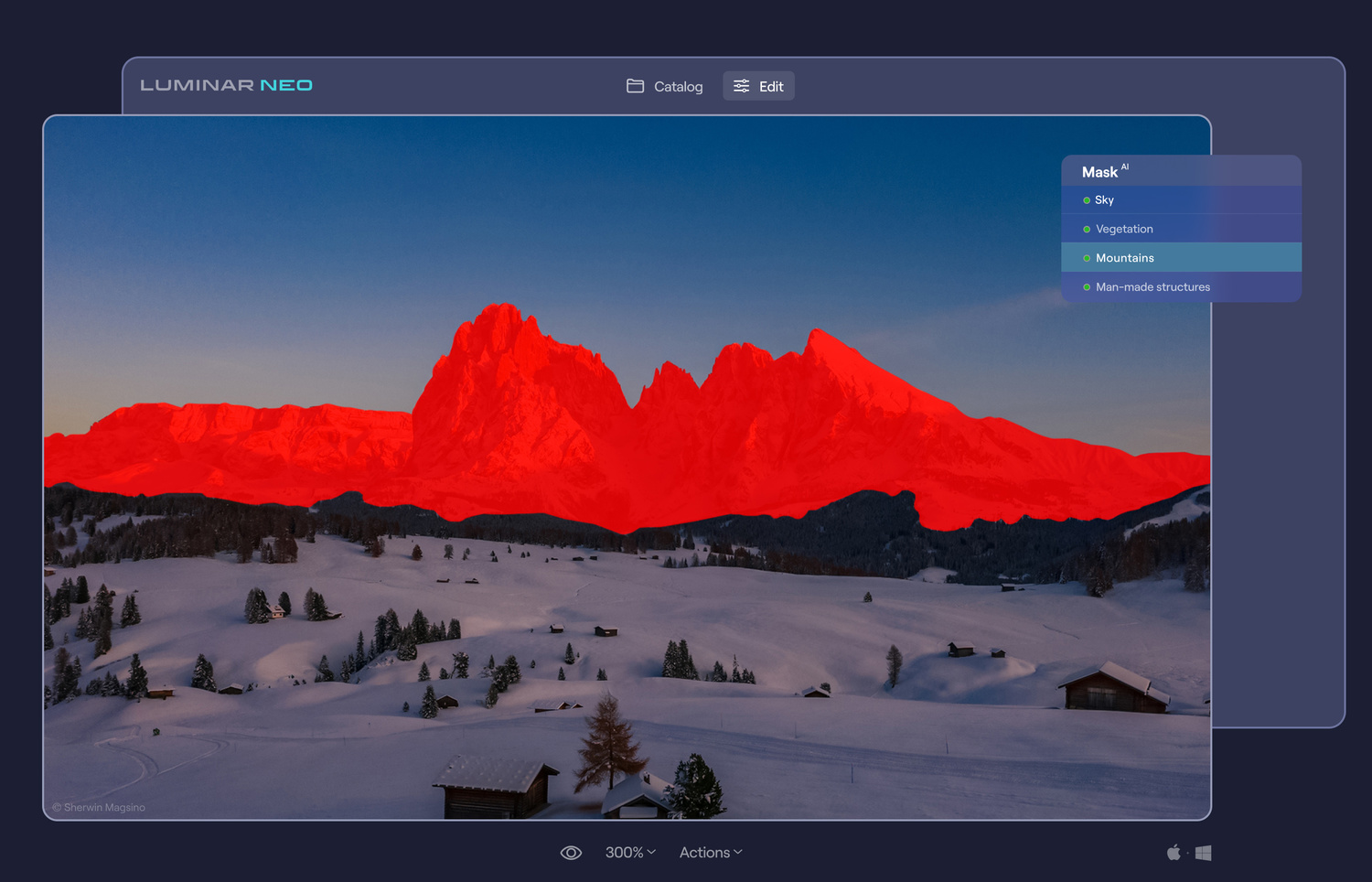 Luminar Neo ships this winter with layers, RelightAI, and other exciting tools. Portrait Background RemovalAI and MaskAI are planned for the first free update to Luminar Neo, scheduled for release in the first quarter of 2022.
Early-bird pricing for the Luminar Neo application and plugin is available here and includes a 30-day money-back guarantee from the time of shipping. Luminar Neo will also be carried in both the Microsoft Store and macOS App Store.

Personally, I'm looking forward to seeing the app, and like many reviewers, I'll get an early look, which I will share with you. While I have some differences with Skylum on how their apps should be sold and updated, there's no denying that they are moving the editing industry forward with fresh ideas. 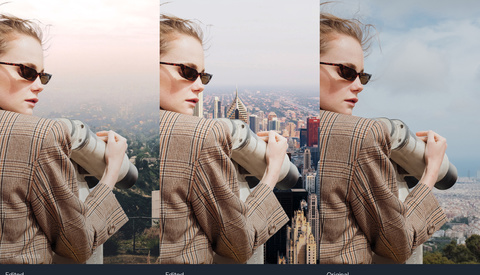 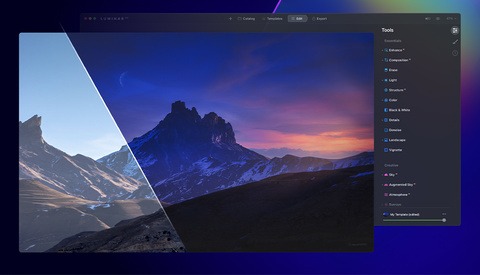 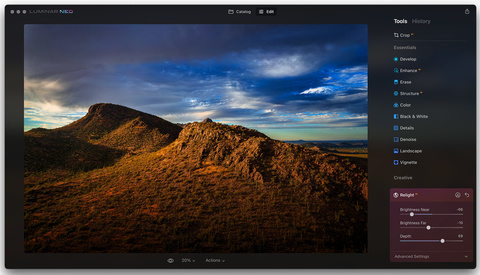 Let's hope this is better than the rubbish that Skylum have foisted upon us so far.

I suppose it can't be any worse.

That’s what I was looking for, what a information! present here at this website, thank you admin!!