Film Presets: Why We Love To Hate Them, Why They Don’t Make Sense, and Why They’re Useful

If you’re a photographer who shoots film, you’ve likely seen and had an opinion about film presets. For many, that opinion is quite negative, and for those like myself, we lean towards favoring them.

I would first like to start by saying that there is a large variety of film presets that are made and sold, some “better” than others. They can range in price from free to quite expensive for a set of presets. This article is not intended to say that any one of them is good or better than another. Instead, it is intended to argue that they shouldn’t be hated and instead, embraced if they suit your style. To give you a little background as to who is writing this, I spent years staying away from using my digital camera. Instead, I favored carrying a backpack full of several large and heavy medium format prime lenses for a film camera. Some might even argue that I was quite the digital photography hater. It took me a few years and several thousands of dollars in film and film processing (not to mention tens of hours scanning and cleaning dust off of scans) before I started using my Sony a7R II more often.

As you may recall from an article I wrote last year, I have been preparing to start making moves back into the digital realm this year. So far, I’ve stuck to that plan and have only shot through a few rolls of 35mm, a few rolls of black and white 120, and several sheets of 4x5. Everything else has been with my Sony. The biggest frustration with my transitioning back is just how rusty I’ve become at editing my photos. At first, I started with processing each one individually, and I really struggled to get a level of consistency that I was happy with. Then, I tried making my own preset based on a series of side-by-side shots I had taken on film and digital, but ultimately, I wasn’t happy with those either when applying the preset to shots taken in dramatically different weather. Lastly, I broke down and bought the RNI film emulations, and I’ve actually been very happy with them so far. Am I $200 happy with them? Not yet, but I may get there.

We Love To Hate Them

Truthfully, I don’t actually understand why anyone would hate film presets. Though I'll admit I can understand why some film-only photographers might judge film presets. It would be like someone faking the pops and weird qualities of a record that only come from years of use. I’ve actually seen some apps which will add dust from scanning or the classic first of the roll light leak. Why? I could never tell you; I go far out of my way to obtain dust-free scans and do everything I can to avoid light leaks. Moreover, I don’t know of but one or maybe two film photographers who keep dust in their scans or photos with light leaks. At least in those situations, the pattern of dust and light leaks is truly random unlike what you’d get through a phone app. So, when it really comes down to it, why would someone take something digital and try to pretend it’s analog? Why not just shoot film instead? After all, no digital photo will truly ever be able to properly emulate the real film look right? Please note that I present this as a rhetorical question because there is no such thing as the film look.

The Film Look Is Not Real

I suspect of everything in this article that I’ll say, this will likely be the most divisive. That does not, however, make it any less true. Indeed, I very much believe that there is no such thing as the film look. Let’s start with a few considerations. Different film stocks have radically different looks. Even within color negative film, you have so many options and they are all so different. Take, for example, the Portra family: despite all being made by Kodak and boasting the Portra name, Portra 160, Portra 400, and Portra 800 are all very different film stocks with different levels or grain, sharpness, exposure latitude, and saturation. It’s difficult to argue that there could exist a singular look of film when even you have such differences within three films largely considered similar, let alone when you consider branching out to slide film and black and white film.

Let’s then assume we are making comparisons of the exact same film. For the sake of example, let’s say it’s Portra 400. Depending on how you meter your shot, your images will look very different. It’s true that Portra 400 has a very wide exposure latitude, as can be seen here; however, the way it handles colors, shadows, and highlights changes considerably. Moreover, the colors will change dramatically depending on whether it’s overcast or sunny or shot indoors under artificial light. True, you could white balance the image, but for a large proportion of the film community, editing in any way is blasphemy. Mind you, all negative film is edited in some way unless you’re truly just sharing the ugly orange-based film. This is particularly true for color negative film and black and white film; however, many photographers leave the conversion process up to their scanner or lab thinking and occasionally claiming that it’s unedited. This is, of course, untrue, even for slide film, where even though it doesn’t have to go through conversion software, the specific scanner or digital camera will indelibly leave its mark when it comes down to the colors and sharpness.

I’ll agree that that film presets and emulations feel a bit backward, but at the end of the day, they are no different than other presets when it really comes down to it. Further, there’s nothing wrong with using presets you made yourself or downloaded. I know plenty of photographers who primarily or exclusively shoot film and edit their images after the fact, occasionally even using presets on their digitized film photos. Moreover, I know plenty of photographers who shoot a lot of films but want their digital work to have similar colors to the film stocks they’re used to, and sure, they could make their own preset or edit each photo individually. I just don’t see this as a significant argument against the use of a downloaded preset if it helps someone get where they want to go faster. 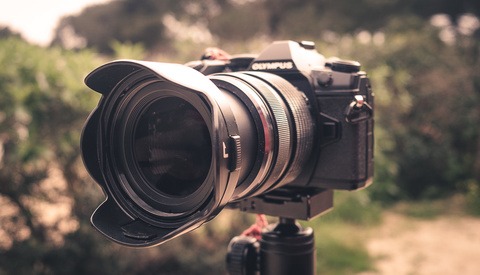 People love to hate what they fear, they may fear that using a preset and getting great results will prove that they're not good at editing. Just a random thought.

I'm inclined to agree, and I think we see this elsewhere.Some people don't want things to be easy because if it's easy that means their skill is somehow lessened, and their claim to mastery of something is weakened.

The obsession with photographing in Manual is a classic example of this - Manual is harder, harder is better, therefore better photographer - as if what mode the camera was set in is what's important about a photograph anyway.

Fear of presets might also be the latest iteration of the long-standing fear of post-processing (in general) that haunted the online photography community for years.

Great article! Personally I shoot both film (less often) and digital (more often) and I don't think that film emulations feel any backward.

The world's top colour experts and chemical engineers spent decades to create those analog looks, and I'm glad that after the world switched to digital they are still preserved for those who appreciates them.

Just like you, I ended up using RNI 5. I really love the output and I think that there is nothing wrong in using these profiles. It's just a precise professional tool that matches the digital output to film stocks, not someone's arbitrary creative edits and not something that I could easily do myself.

After all, even when shooting film, we are not supposed to brew our own emulsion, we use the one made by the film vendor, and that provides us with a high-quality base for our own creative expression. Same is true for the quality film profiles when shooting digital.

Speaking of film profiles, and RNI in particular, I think they are quite helpful. And I don't think they interfere with the one's creativity. It's more of an aesthetically pleasing yet rather technical layer of photography.

For example, digital lost highlights have quite a distinctive "linear loss" look to them, no matter of what you do to them in the post. And when a good profile manages to fix that, or at least, take it closer to what I see in my film photography, I feel grateful.

Also to mention the legacy preservation aspect: there is no reason why we should discard the decades of work of the film industry and throw away the looks of Kodachrome, Portra or Ektar or label them "inaccurate". I.e. they are inaccurate indeed, but that's the character that we love.