Just when you thought that your camera has all of the resolving power you will ever need with a 50- or even a 100-megapixel sensor, a new king of the hill has arrived on the scene and the comparison to what you have isn’t even close. With 1.5 billion pixels of CCD goodness, this camera smashes the ceiling on resolution and is sure to be the envy of anyone who cares about such things.

Now, before the comment section gets filled up with remarks about whether photographers ever really need this kind of resolution or what computer could realistically process the images produced by this monster, I need to let you in on a minor detail. The camera in question is called the GPC2, and it was just recently connected up to the 1.8-meter Pan-STARRS2 telescope on the summit of Haleakala on Maui. In other words, the camera has the equivalent of an f/4.4, 8000mm lens attached to it. Pan-STARRS1, the twin 1.8-meter telescope, has been in full-time operation since 2010 with a nearly identical camera sporting slightly less pixel density at 1.4 gigapixels. If Pan-STARRS sounds familiar it is probably because it recently made news with a unique discovery. It was the first to see the object now known as ʻOumuamua, an asteroid from another solar system, as it made its way out of our solar system. 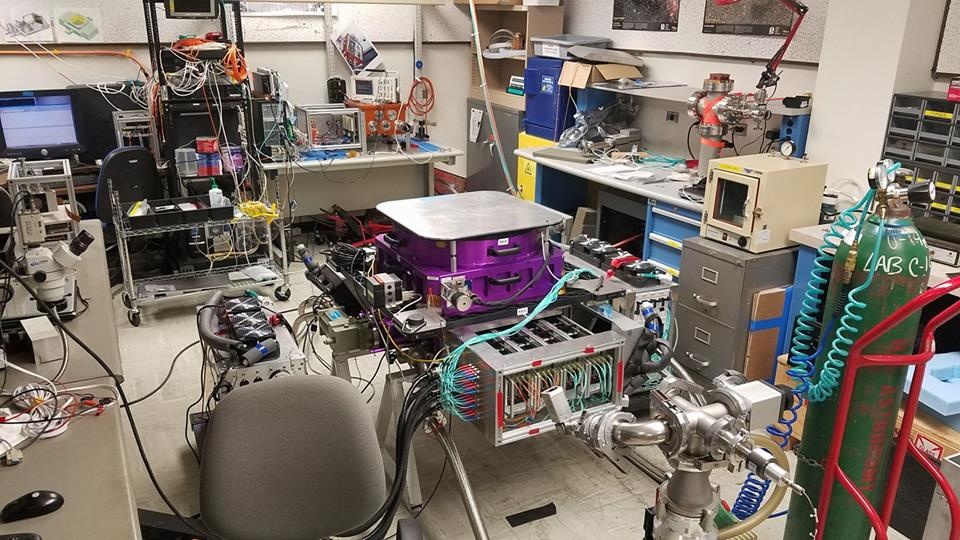 GPC2 Camera in the lab being prepared for installation as part of the Pan-STARRS2 telescope.

Even though this isn’t gear that you’d sling around your neck for street photography, it is still a pretty remarkable technical achievement as far as photography is concerned. The camera is made up of 60 CCDs at 4800x4800 resolution in an 8x8 array. I know, the math doesn’t quite add up: the four corners do not have CCDs since the telescope’s optics don’t produce an image circle that would cover them. The resulting image file is over two gigabytes in size and the system generates about 10 terabytes of data every night.

What is all of this extreme resolution good for? Well, Pan-STARRS is what is known as a survey telescope and its purpose is to take pictures of the night sky to look for transient objects. These could be asteroids, supernovae, or anything else out of the ordinary. While it might sound easy, the night sky is huge, and most telescopes are designed to record very small portions of it. This telescope, on the other hand, is built to capture a three degree view with each shot, enabling it to stitch together a new image of the full sky four times per month. More or less, what used to take years to do just once can now be done in a week by Pan-STARRS. 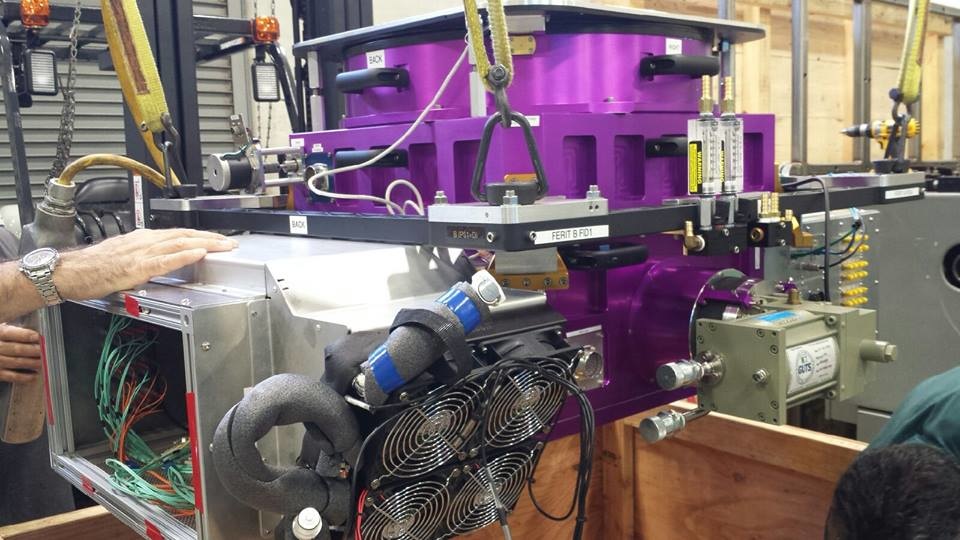 GPC2 Camera with a person's hand giving a sense of scale of the camera assembly.

This is all a testament to the rapid advance of digital tools as well as the savvy work of engineers and astronomers. And they aren’t even close to being done. Sometime around 2023, a camera on the Large Synoptic Survey Telescope situated on a mountaintop in Chile will begin full science operations. Weighing in at nearly 6,200 pounds, it will take the reins as the largest digital camera, leapfrogging the GPC2 with a whopping 3.2-billion-pixel resolution.

It'll be interesting to see if sensor array technology ever dips into the consumer market. I suppose it would be entirely dependent on AI-based computational photography algorithms to generate and "fill-in" the missing pixels between the sensors, but at the rate AI photography is going, it may not be too long. Two full-frame sensors in vertical arrangement would give a 48mm x 36mm focal plane - a poor man's medium format maybe?

I would like to see it for low-light sensors. For example, the sensor in the Sony A7s is well-known for its low light capabilities but it isn't very high resolution (that's the typical trade off - large pixel size for low light versus small pixel size for resolution). Some array of that sensor to produce 8K video or medium format photographs would be awesome.

Look at this CCD from Phase One, it contains 4x4 array
https://www.phaseone.com/~/media/NEW_WEB/Alternativ-App/IQ260_achromatic...

I think all of the Phase One cameras are built that way - the CCD digital backs anyway. It's not exactly what I was thinking of. The 4x4 array visible on the IQ260 Achromatic is a technology reminiscent to what's found in multi-core CPU chips - two or more processors sharing a single die, but still manufactured as a single unit.

I was imagining smaller independent image sensors being pushed as close together as possible on the focal plane, while still remaining separate. The advantage of that comes down to significantly higher yields in the sensor manufacturing process; and subsequently, far less expensive sensors. The trade-off of course is absent pixels between the edges where the sensors are aligned.

Imagine if it were a Foveon sensor...

I guess a 3Tb hard drive won't be sufficient for storage. ;-)

I need to shoot my birthday with this camera...hell yah!