The photography world is chock full of products meant to make photographers think they will instantly improve their work and take dazzling shots. Some are obviously better than others. Here are the best and worst pieces of photography gear I've purchased.

Spend any amount of time in the photography world, and you will probably notice the abundance of products marketed like they are magical shortcuts to photographic excellence. And of course, some products do genuinely help, but a lot of them are over-hyped and a waste of your time and money. Here are the best and worst products I've purchased in my time as a photographer. 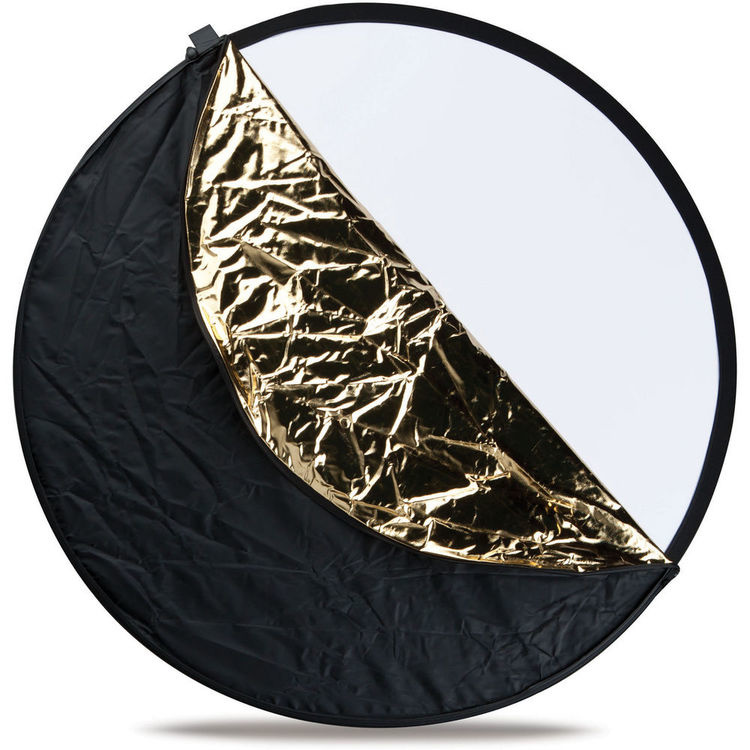 This wasn't even a tough choice. I spent my first two or so years of shooting using only natural light. The only modifier I owned was a 5-in-1 reflector, and it taught me a ton about shaping light. I personally think every photographer interested in photographing people should own one and learn to use it. And it won't just be something you use when you're learning the basics; I promise you'll be using that reflector for years to come. Many longtime photographers still carry and use them throughout their entire careers. They're very light and portable and easy to hand off to an assistant whenever.

What makes them so great is their sheer versatility. Most come with five surfaces: 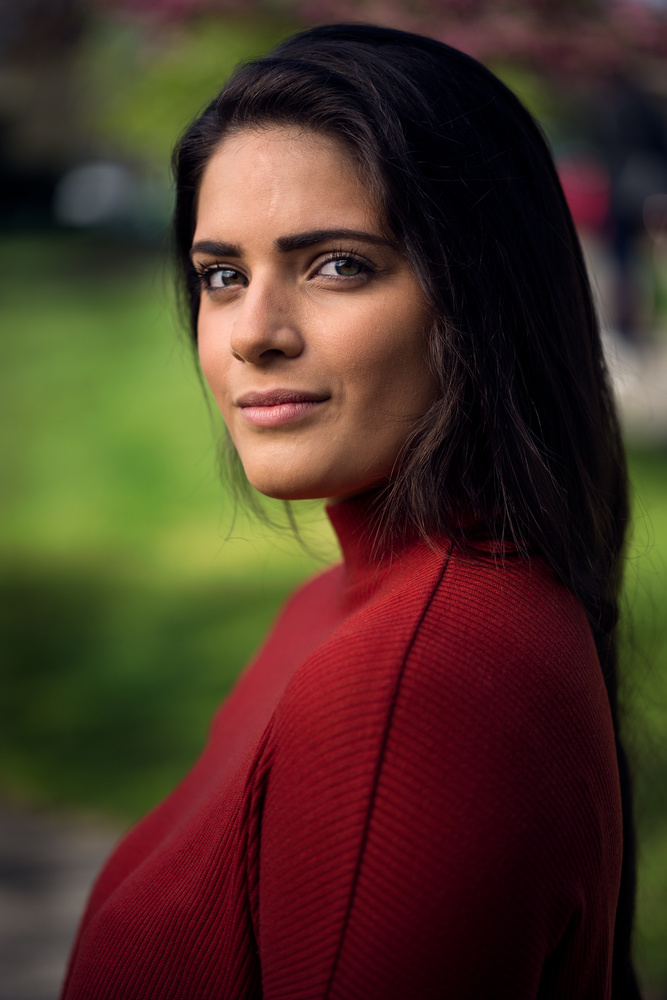 I still haven't gotten to the best part about 5-in-1 reflectors, though: their price. It's no secret that photography gear can get really expensive really quickly, and among all that pricey stuff, the 5-in-1 reflector comes in at a refreshing $20-50 depending on the size you get. I truly think that it's both the best price-to-capability and best price-to-learning potential piece of all photography gear, and given its cost and ongoing usefulness, it is something that every photographer should own.

I made some bizarre purchases when I was new to photography and didn't really know what I was doing, so it took a bit of time to decide what was the worst, but after a lot of thought, it was clear to me that this was presets. Presets are insanely popular among photography influencers, YouTubers, and many others, and a good chunk of big names in the industry sell their own preset packs, and budding photographers eagerly scoop them up in the hopes of emulating those who they admire, only to frequently be disappointed when the results aren't anywhere near what they expected.

Before I continue, I should say that I'm not totally against the idea of presets once you know what you're doing. I sometimes have a photo on my screen that I know has potential, but I'm unsure of how I want to edit it. I'll scroll through some presets for creative inspiration, and often, I'll see a look that'll give me the jolt of creative inspiration I need.

They can be even more useful if you're someone who shoots in the same scenario a lot — perhaps you shoot a lot of events or work in the same studio environment a lot. If you're applying the same sort of edits to lots of photos, presets can save you a ton of time and repetitive tedium. If you're in this scenario and haven't tried them before, try creating one based on your normal edits, then have Lightroom apply it at import. It can really increase your efficiency. 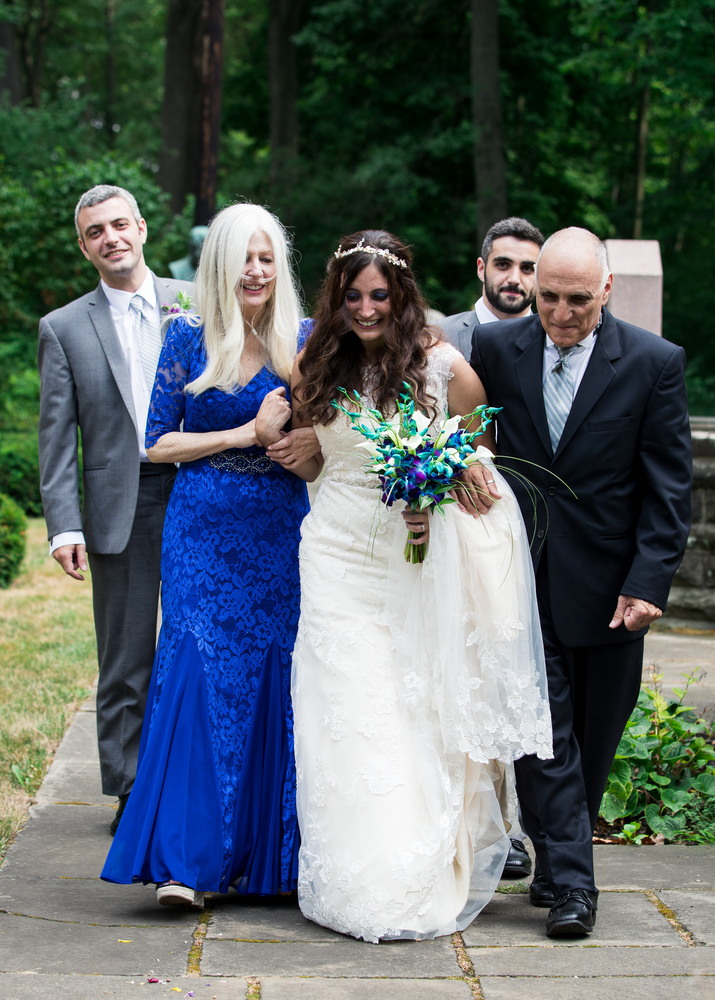 Where I take issue with presets is beginners using them before they understand how to edit a photo (which is unfortunately the exact market segment that those selling them are normally aiming for). Unless you've taken a similar photo with similar lighting, white balance, color palette, exposure, etc., a preset is not going to magically get you anywhere close to what you were hoping it would. This is simply because a preset is nothing more than a formula defining how certain parameters should affect an image. Feed it different input data, you're going to get different output data.

The catch is that if you know enough to be able to read the light, color toning, etc. of a photo you like, you know how to recreate that look yourself and don't need a preset to do it for you. The paradox of presets is that they're not really helpful when you don't know much, and once you do, you don't need them anyway. Every time I bought presets when I was still new to photography, I tried them on a couple of photos, didn't understand why I wasn't getting the results I wanted, and never touched them again.

That being said, there are a few cases where an experienced photographer might want to purchase them. Quality film emulation presets come to mind, since those companies have worked hard comparing films and measuring their response to recreate them as closely as possible in the digital realm, and a photographer might not want to invest the time or money to do that themselves. I'm not dismissing them completely, but for a beginner photographer, you'll be much better served learning the basics of editing and how to read an image to achieve what you want.

If you're new to photography, it's important to be careful with your money and not fall prey to the hype machine of a lot of products as I did. Find a more experience photographer who can mentor you and offer their opinion. Ask online in forums. Ask here in the comments on Fstoppers; all our writers are very friendly people (except Robert Baggs, don't listen to him).

I think this article could have been formatted better. It's hard to scan and see what the purchases in question are.

I thought exactly the same.

It's a shame you had to read. This is what twitter and youtube have done for us.

Sadly, an article this barebones doesn't merit the time it takes to read.

Actually I love reading. I used to read a crapload when I was a kid of all different kinds of books. Even technical manuals and electronics and welding theory.

This article wasn't written right so it was hard to read. :)

Yeah, it was sort of like a "What I've learned from dating" article that mentions two dates.

This was sort of like a "What I've learned from dating" article that mentions two dates.

My worst was a Rollie SL66 even tho it was at a good price. I sold it to someone I can’t remember and bought a Hasselblad.
The Iris shutter is so much better for in studio flash. 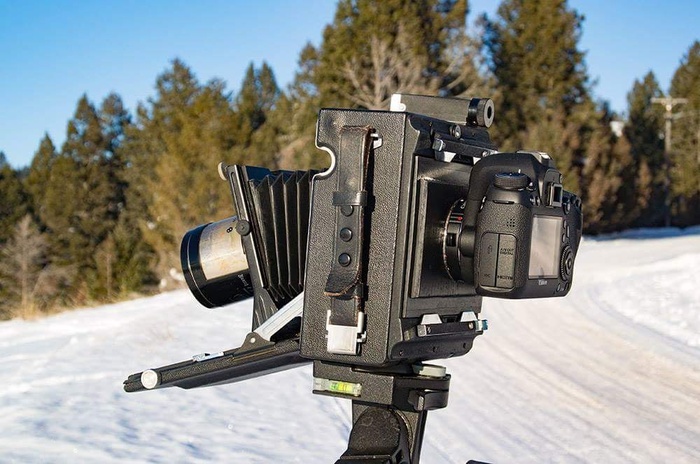 Please provide amazon link for that adapter :) thanks.

What was wrong with the Rollei? Just curious. I like the set-up for your best purchase. I thought about it as well, but I already have a Fuji GX680 so.... BTW, was the adapter expensive? I don't want to make a mistake and buy the wrong one. Decades ago, when I was young, cheap and ignorant, I bought a cheap tripod which I still remember being my worst buy. Don't scimp on things you really should buy as quality. That sentence is meant for me.

The answer is above in studio flash. Otherwise the Rollie was fine but I quickly switched to the HBlad party. These days I have Mamiya AFD as my only film but never use since I m 100 % Canon.
The digital Graflex is a gag we built cheaply and was sold as such for a high $ return.
Sensors need photon strike straight on ..

Good to know about the Hblad. I have the 500 CM. Still use the fuji and hblad as well as mamiya C330 prof for film but also some digital. Film is what I like most but it's all preferrencial. Hope you got the high $ you were looking for on the Graglex

Filters was my mistake. Anything of color was shoved in front of my lens. I once had almost every Cokin filter, and some homemade junk, just because. Costed me a small fortune until I wised up.

Lol. Oh god yes. I remember doing the same thing. It's good to look back though and realize how much we've grown from our mistakes.

Worst buy? Presets for sure .. all of them lol ... But in my defense I was only one year into photography.
Best buy? Medium Format : Both Digital and Film ...

Worst thing I ever sold was my Mamiya 645. I miss that camera!

Yes..agreed. Hey, just get another one. Why not?

I was HAPPY to sell the same Mamiya 645 ! It's focusing wasn't accurate for me... then I sold that one and got a Hassey H1 w/ Film back .. I think it is better now

Worst purchase I ever made was the Xume magnetic filter adapters. Once attached, a lens hood was no longer able to be used and the filters would fall off from the slightest touch.

Threw them in the garbage a few weeks after many irritating moments, including a damaged filter.

Oh my god. Isn't it nice to know that so many of us have such 'wonderful' experiences? So glad to know I'm not the only one.

Are you referring to the Xume adapter(s)?

Not neccessarily but any input would be appreciated. Thank you sir

While I love my Elinchrom lighting systems, their EL Skyport Transmitter Plus is a horrible piece of useless junk. For some reason they omitted the ability to operate the modeling lights from the unit, and there is no mention of it in any of their literature or instructions. Almost 3 years ago Elinchrom said that there was an "update" coming but there hasn't been a single change (Unit is not firmware
updatable).

Yep, I also bought some presets when starting out. Found none of them were the slightest bit useful. I now do use presets, but only ones I create myself for specific scene styles -- and those vary over time as my personal preference changes and the topics I shoot change (and the cameras I use change).

Presets are so absolutely simple to make, that it is no sense at all to buy them from someone else.

I'm waiting for someone to bring up 'ExpoDisc'

Yes sir. You just did and thank you.

I once purchased a realy cheesy diffuser for my pop up flash--some half a ping pong ball looking thing, a Gary Fong-ish, third party POS which softened the light not at all. My Yongnuo had pissed the bed on me and I was jonesing for diffused lighting. It was 7 bucks i think--off Ebay. Another was a cheap, screw on petal hood which did nothing but vingette all the live long day.