Is Canon's New Camera Nothing More Than a Firmware Upgrade?

Canon’s big announcement this week was the brand new EOS M50 Mark II, an upgrade to the insanely popular M50 that was released in 2018. But how “brand new” is it, and does it qualify as an upgrade if all of the new features could easily have been delivered through a firmware update?

The marketing spiel from Canon would have you believe that the M50 Mark II offers significant advantages over its predecessor. "The EOS M50 Mark II continues to pave the way for photography and video enthusiasts,” gushes Tatsuro Kano, executive vice president and general manager of the Canon U.S.A, “to experience a lightweight interchangeable lens camera with many similar features as our full-frame professional mirrorless cameras.”

The “improved video features and autofocus capabilities” suggest that the M50 has had a bump in specifications, and while you might forgive Canon for using the exact same 24.1 megapixel CMOS sensor, you may assume that a new camera boasting better performance might at least contain an upgraded processor. However, the processor in the Mark II is the same DIGIC 8 found inside the original. Maybe the electronic viewfinder and the LCD has been improved? Well, no. They’re the same. The differences are so underwhelming that Canon's entire European division hasn't even issued a press release.

So has Canon redone the camera’s internals to squeeze a little more performance out of the same chip? There’s little to suggest this, especially given that the dimensions and weight of the two cameras have also remained identical.

So, what has changed? As Dave McKeegan notes in this video, not much. And, as he notes, the example produced by Canon of side-by-side autofocus performance that shows the Mark II catching focus a split second ahead of the original seems rigged.

4K video hasn’t shifted much either. The brutal 1.67x crop in the original is now a mere 1.5x, and, just like its predecessor, the Mark II ditches dual pixel autofocus when you bump up the resolution from HD.

IBIS remains absent. Some fans were optimistic and the addition of stabilization beyond the 3-axis (now 5-axis in the Mark II) digital stabilization would have given many a solid reason to upgrade. Canon has chosen to leave it out, perhaps to ensure that the price stays under the $600 mark and continue to offer the M50 as an affordable option for content creators.

The new camera raises a couple of questions. Will existing M50 owners be a little miffed that the improvements to autofocus could be delivered via a simple firmware update? And what bearing does this camera have on the future of Canon’s M-series cameras given that — as this new camera might suggest — all of its research and development seems to be focused on full frame?

Given that this camera is not yet in stock, there are few questions on the B&H Photo product listing for the M50 Mark II. However, one stands out: “Is this just a firmware update labeled as a “Mark II”? Does that mean that Canon is abandoning the M Mount?” asks one curious customer, and you can understand where he’s coming from.

I’d be reluctant to declare this as the death knell of the M-series, and there’s always a danger that professional photographers get sniffy about consumer models and forget that Canon shifts these cameras by the shedload and evidently they don't need fancy glass to make them sell. Equally likely is that Canon is trying to leverage its lineup ahead of Black Friday and the festive season, squeezing a bit of mileage out of an existing model from a line that’s not exactly a priority while it continues to pivot its full frame cameras from DSLR to mirrorless.

What are your thoughts? Should Canon give existing M50 owners a firmware upgrade? Can they justify calling the Mark II a new camera? Let us know your thoughts in the comments below. 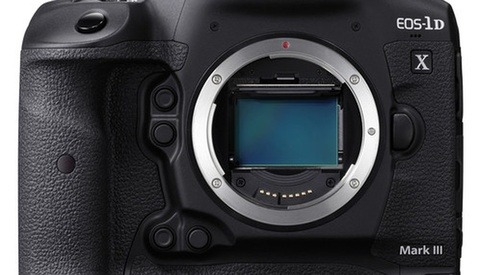 The EOS M line is way too popular in Asia for Canon to shutter it. Disappointing as this release might be, I don't think the line is going anywhere.

In both senses, it seems, it is going nowhere. 😂

I saw a Canon advert on IG and the majority of comments were people really wanting this new camera, personally it’s not for me, but clearly people want it and it will sell.
I’ve got an M6 that Ihappily use when I want to go light but I’d upgrade to an “M5ii” if it had m6ii specs for sure.
It’s funny the amount of “real photographers” that shit can the M line yet here it is still selling 🤷🏻‍♂️

What the EF-M mount system needs, in my opinion, is a sensor-revolution. Not an "M5ii" that has the same sensor as the M6ii / 90D: that sensors adds a bit of resolution but also makes the picture even noisier.

What the M mount needs is a new flagship model with a new, better sensor that has less noise and more dynamic range. Something that is more competitive with the Fuji X-Trans sensors. That will give M-shooters another upgrade path than fullframe, some way that they can still take advantage of the lenses which they already have.

But yes… the M50 Mk II is so yesterday. And why would anyone invest in the EF-M mount unless it was their sole platform.

"pic-bait" LMFAO!!! That's a good one!! His graphic was damn funny though.
His title was spot one and Not clickbait in my opinion. Go Andy!

"And why would anyone invest in the EF-M mount unless it was their sole platform."
Because it's a small sized camera system with good image quality. It will work with EF and EF-S lenses via an adapter if need be. Operation is very similar to rest of Canon's EOS line. It's a versatile system for Canon shooters. Perfect? No. Needs more EF-M lenses.
Yes, there's some fine cameras from the competition if you're not in the Canon eco system.

So the new sony which is the same has 16 differences, but the canon is the same?

New Sony is even visually different. As a photographer you may have spotted that, I believe...

Shrinking market almost dead. No invest into R&D. Setting flags to slightly more functionality in the OS is not a new camera.