The Exposure Triangle: A Good Beer and a Good Photograph Are Basically the Same

If you’re a fan of a good photograph and a good beer, understanding how one is made may help you understand the other. Beer and photographs are comprised of three active ingredients and one passive ingredient.

For those that don’t already know, beer is essentially made using four ingredients: water, hops, barley, and yeast. They are the fundamental building blocks to what has become one of the most beloved crafts in the United States and around the world. I personally consider water to be a more or less passive ingredient, while the other three are often changed from recipe to recipe. While debatable, the simplest way understand how taste, texture, and aroma is constructed is that the three non-water ingredients contribute equal thirds to the final products. To have a properly good beer, there needs to be a balance between the three. While some beers may feature certain ingredients more than others, balance is necessary to achieve an optimal outcome. Take, for example, IPAs, the most hop-forward of beer varieties: they still need a solid malt backbone to ensure the end result doesn’t turn out to be an extremely bitter, tea-like drink. Conversely, a proper malty stout still needs hops to keep the beer from turning into a diluted molasses beverage. 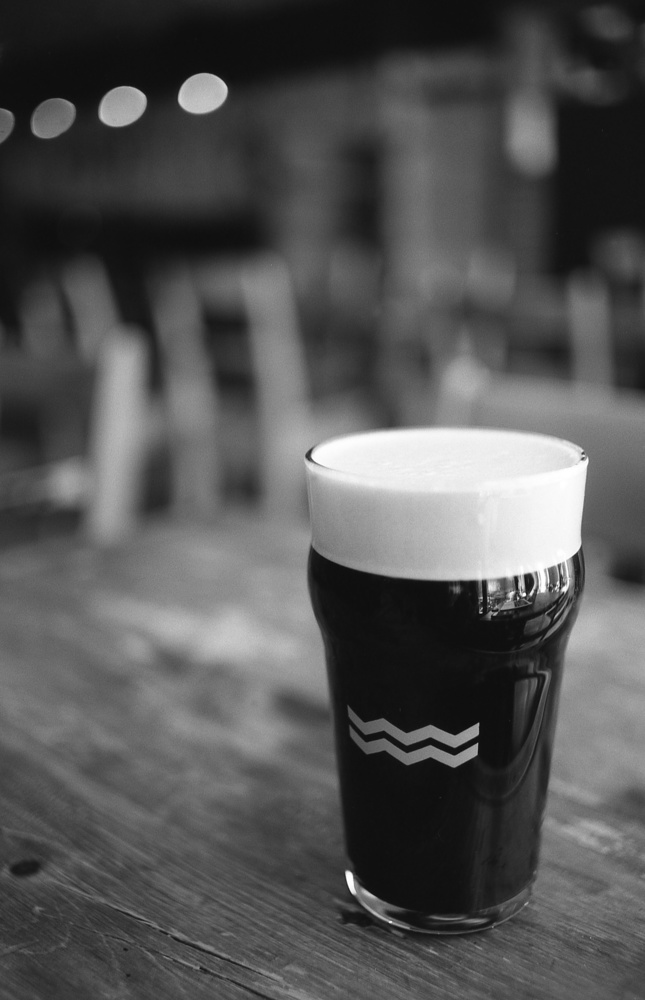 Similar to beer, photographs are generally considered to be comprised of three items, collectively known as the exposure triangle, consisting of: aperture, shutter speed, and ISO (a.k.a. ASA). Much like making beer, there must be balance between these three components. Too much or too little of any of them can ruin a photograph, unless one or both of the other two compensating. For example, if I’ve stopped down my lens to a point where the shutter speed needed for a neutral exposure is one step beyond what I can get without camera shake, I can simply open the lens up one stop and keep the shutter speed within a tolerable range. In addition, maintaining the same shutter speed and aperture, the ISO can be raised one stop to ensure the same balance.

If you’ve read up to this part and you’re wondering why things aren’t adding up, you’ve been paying attention! That is, beer has four ingredients, while photographs have only three. The fact of the matter is that while good water is essential to making good beer, so is a good camera sensor or film. For beer, water is the blank slate that the beer is built on. Similarly, a camera’s sensor or film serves much of the same purpose. So, I would argue that water in beer is analogous to a sensor/film in photography. 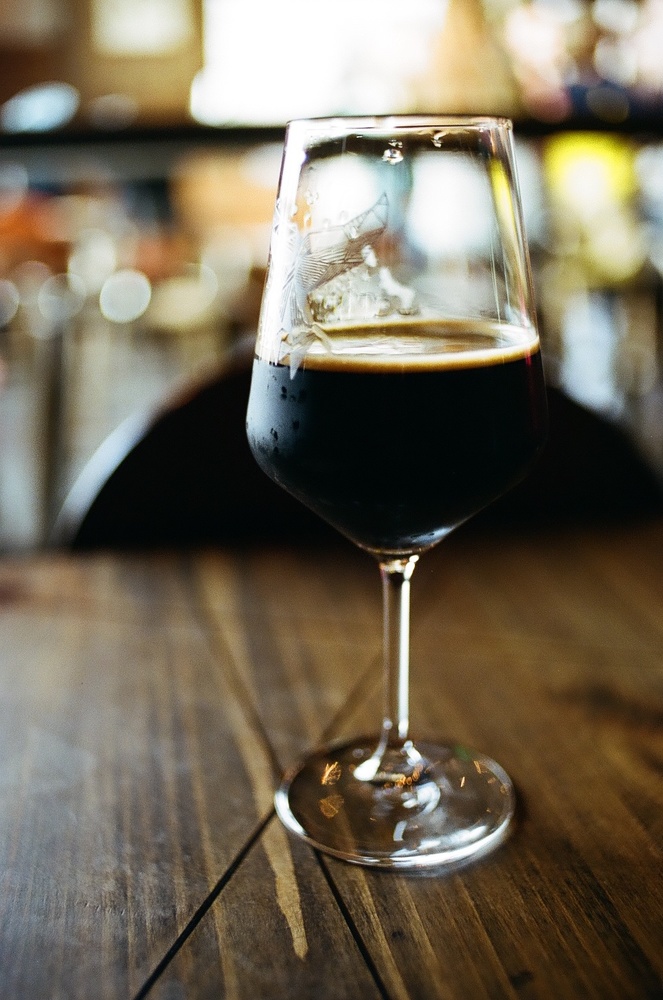 For those that still shoot film, changing ISO one frame to the next requires the ability to change film between shots, which most cameras are not easily capable of aside from some medium format cameras with interchangeable film backs. While digital cameras are more versatile in this respect, I personally find that in most situations, it is typically held as low as one can afford without sacrificing image quality. In many ways, ISO plays a similar role to that of yeast. Yeast limits the amount of alcohol that can be achieved and dictates the clarity of the beer.

For my shooting style, aperture and shutter speed are the two settings I adjust most to achieve the desired stylistic outcome. Malt and hops play much of the same role. While certain yeast is associated with certain types of beer, many are essentially “general purpose” enough to use for multiple styles. As such, it is up to malt and hops to set the stylistic tone of the beer. 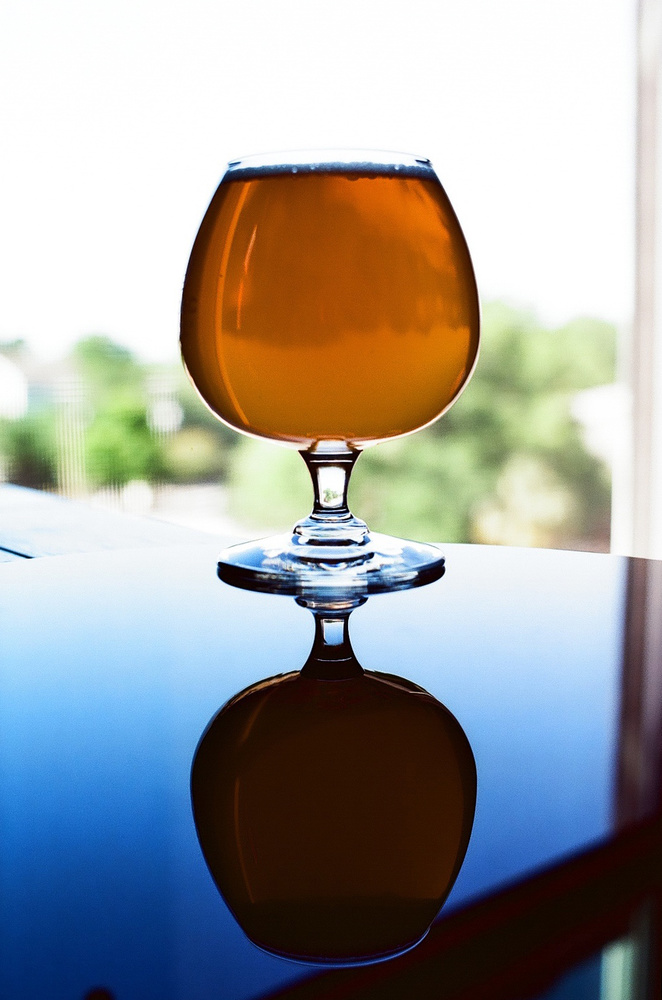 Digital Versus Film = Ale Versus Lager

Photography essentially boils down to two main categories: digital and film. While I primarily shoot film, I own a digital camera and still use it frequently enough. Beer has a similar dichotomy: ales and lagers. The primary difference between the two is that lagers ferment on the bottom while ales ferment on the top. Other than that singular distinction, there is not a huge difference between the two. Both ales and lagers can be dark, hop-forward, light and refreshing, or flavored with fruit or whatever you like.

I have general thoughts as to what types of photographs and beers go together. I suspect many may disagree, and I look forward to reading your thoughts in the comments.

Again, I expect everyone has a different take on what sort of beers go with what sort of photography. If so, let me know in the comments!

In keeping with your 'digital = ale' analogy, I'd say that is particularly true of IPAs. If there's a highly experimental, sometimes overprocessed, throw a hops preset on it and forget it type of photo, it's an IPA.

Also, the 'carousel' shall henceforth be known as the 'flight'.

hahaha. This is great!

Don't throw sours under the bus like that. If anything it's the many trendy IPA fads that belong there.

Very fair point... Perhaps I got those 2 switched up!

Trends don't spare beer geeks. IPA's, stouts, sours, NEIPA's... Even lager got their share of fame at a time.

As a professionnal brewer and photographer, I like this !
And like photography styles, beer styles come with a mood, and depending on everyone's taste on them.
Cheers !

Thanks so much! I'm glad you appreciate it.

Ha! Can't say I've been in that position but I suspect the math checks out.

Lol. I'm not sure either as I don't drink. Will have to ask an expert.

A good photograph is like a good beer, in that you appreciate the one in front of you until the next one comes along!

I love the analogy and agree completely!

You start out full of hope and ambition and end up in the gutter with a sour taste in your mouth and a naaasty hangover and ask yourself, "why did i do this, what was i thinking"

Thanks so much! Much appreciated.

I think if you lived in Belgium, you might not say sours = Instagram fads! Maybe sours = Barnack Leica.

Perhaps! I've not yet been to Belgium so I'll default to your expertise.

Belgian gueuses would be old large format cameras with lots of expertise, but american sours are quite new in the spirit ;)

I should have had that one in the list... Good one!

You're not finished soon if you want to link all beer styles to a type of photography ! 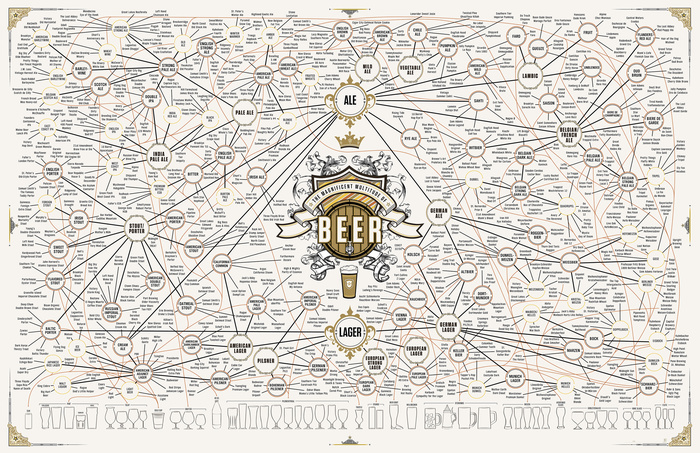 Yes, this this what I had in mind, especially oud gueses, oud krieks (based on Lambic ale), Rodenbach, etc. They are classic Belgian style ales. In the US I am seeing more sours. The Jolly Pumpkin restaurant chain (e.g., Ann Arbor and other locations) have a series of open vat brewed sours produced in Dexter, Michigan.