Friday Night Flash: How I Had Fun in New York City

Let’s face it: photography can be an isolated activity, and it's a part of my photography career that I don’t much care for. I don’t live in a major metropolitan area, so my regular interaction with other photographers is limited to when I’m shooting on assignments. While this is usually enjoyable, it isn’t the same as just hanging out and shooting.

So, a few weeks ago, while in New York City for a photography assignment to cover the Monster Energy Supercross motorcycle race at MetLife Stadium, I had the Friday night before my assignment free. The Wednesday before the assignment I still had no solid plans for Friday night. That was until I saw an Instagram post by Daniel Norton that Seth Miranda and himself were holding a small group lighting workshop in their Manhattan studio that Friday. I’m always up for learning something or just practicing some things I already know. So, knowing Norton and Miranda from their numerous YouTube videos, I figured this would be an excellent way to kill some time on a Friday night.

First, let me say that this is not meant to be a review of Norton and Miranda’s workshop. No, it's just a story of a Friday evening shooting, learning, and having fun with some great instructors and fellow students. With only 10 students and Norton and Miranda instructing, it made for an excellent ratio and kept the workshop from being, well a workshop. This was more of a group of photographers hanging out shooting, experimenting, and learning. 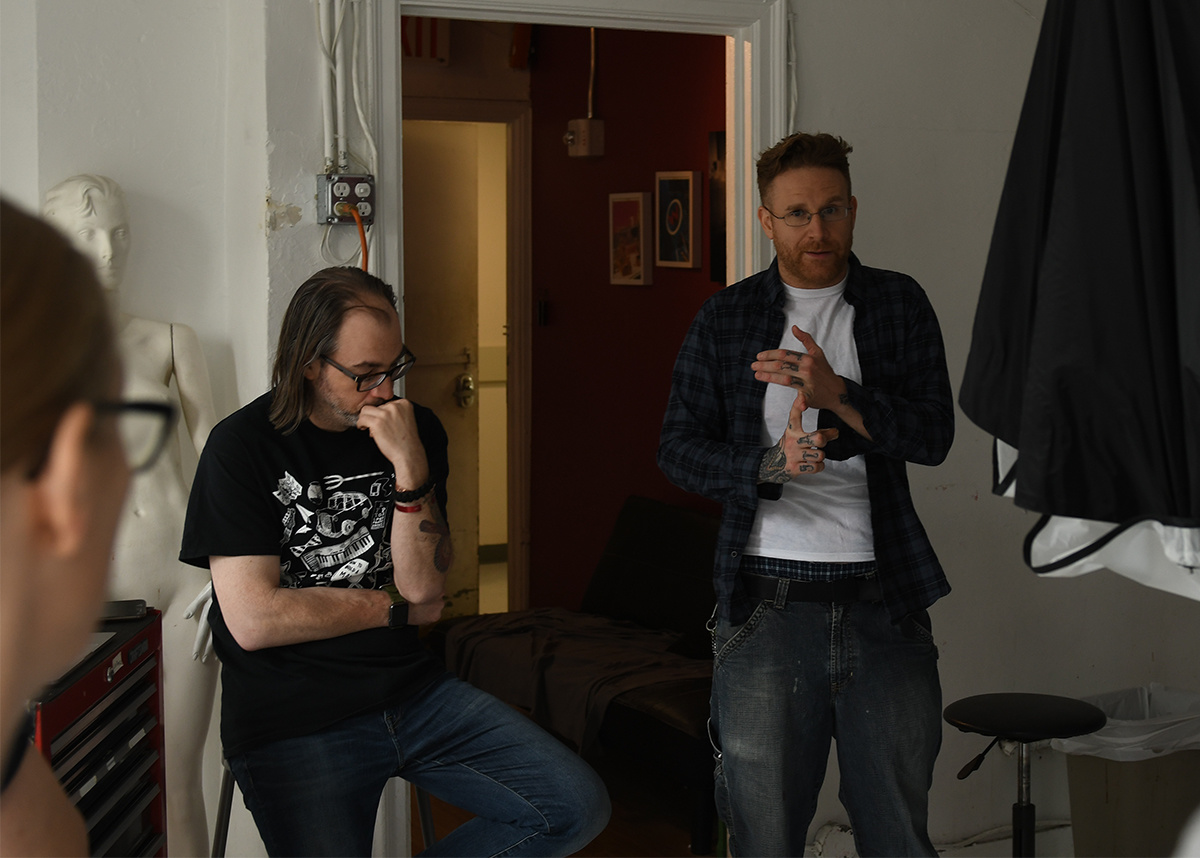 The evening started at 5 PM and lasted until around 9 PM, with the first hour or so of Norton and Miranda going over the equipment they had for us, which included a bunch of Profoto units. Right then, I knew the evening was going to be a good one. Of course, this is where they provided some excellent instruction on flash, modifiers, grip, and tons of other terrific lighting knowledge. Everyone was pretty relaxed, which led to a lot of questions, discussion and most importantly, a good time. 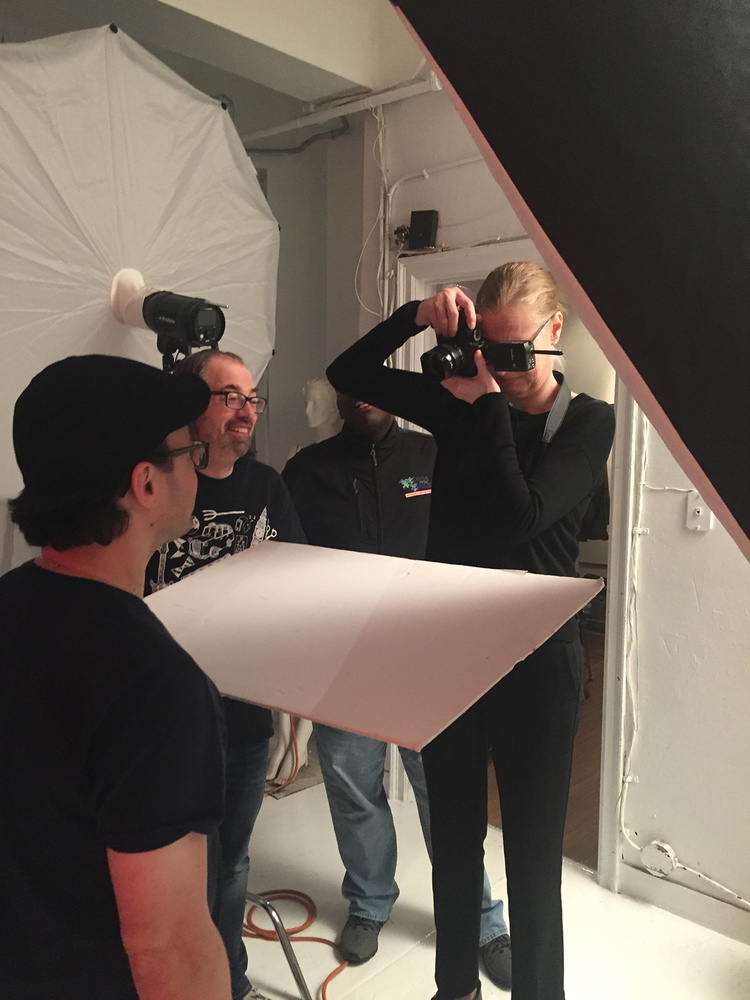 Now, the fun really began. After the first hour, we broke into two groups, and my group started out with Miranda. I quickly became known as Fstoppers, since I mentioned I thought I would write an article about the evening. Instead of the usual workshop, where the lighting is ideally set up for the students and everyone takes a turn shooting, this was more like a bunch of friends in the studio trying out ideas. Put a light here, move a light there, seeing what worked and what didn’t work. We all took turns shooting each other, but it was up to us to set the lighting, and of course, use Miranda’s famous Brooklyn Reflector, which in all honesty, was nothing more than a homemade reflector made from foam core and aluminum foil. Check out his video on how to make your own. 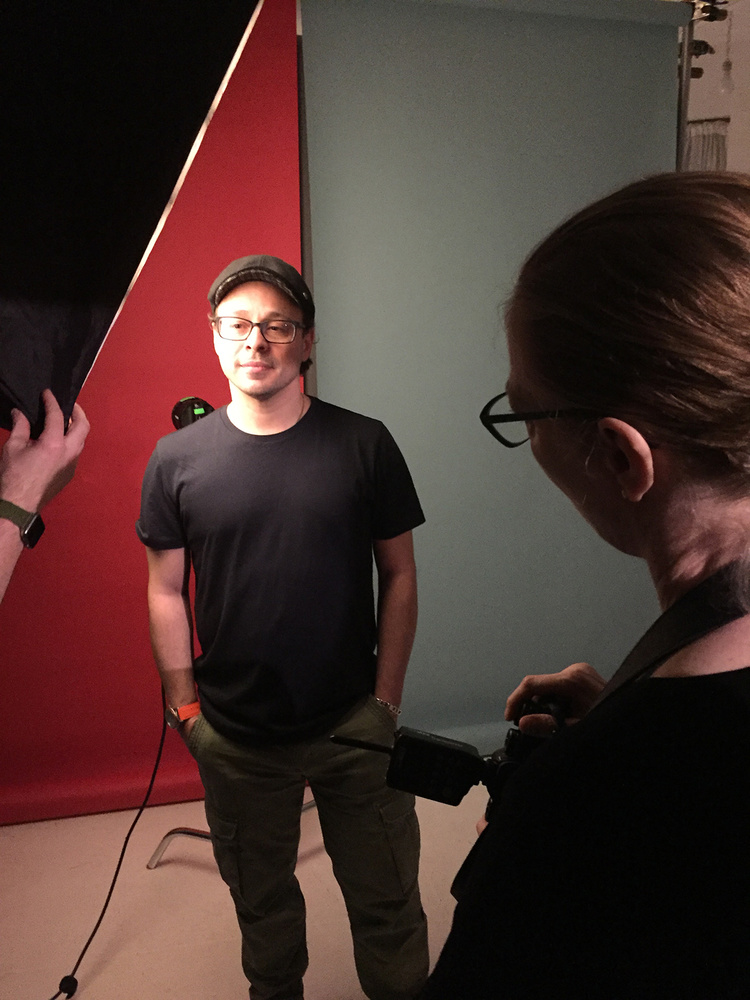 As we shot, Miranda would coach us on why some things worked, and some things didn’t work. Now, everyone was well at ease, and the ideas kept flowing, as did the jokes and laughter. This was precisely what I’d been craving for several months now: a session of just shooting with a bunch of fun people. Before we knew it, it was time to switch instructors, so we moved over to the side of the studio that Norton had set up with some different equipment.

Since everyone was having a good time, the ideas became even more interesting, and Norton pushed us to experiment even more. On the Miranda side of the studio, we could see they had brought out some green gels and were going for some sort of horror type of look. Then, the spray can of smoke came out. Not to be outdone by Miranda’s group, our group working with Norton also pulled out some gels and went with constant lights, a dragged shutter, and myself and Norton running around, setting off speedlights in the background. The time flew by, and before I knew it, it was 9 PM. 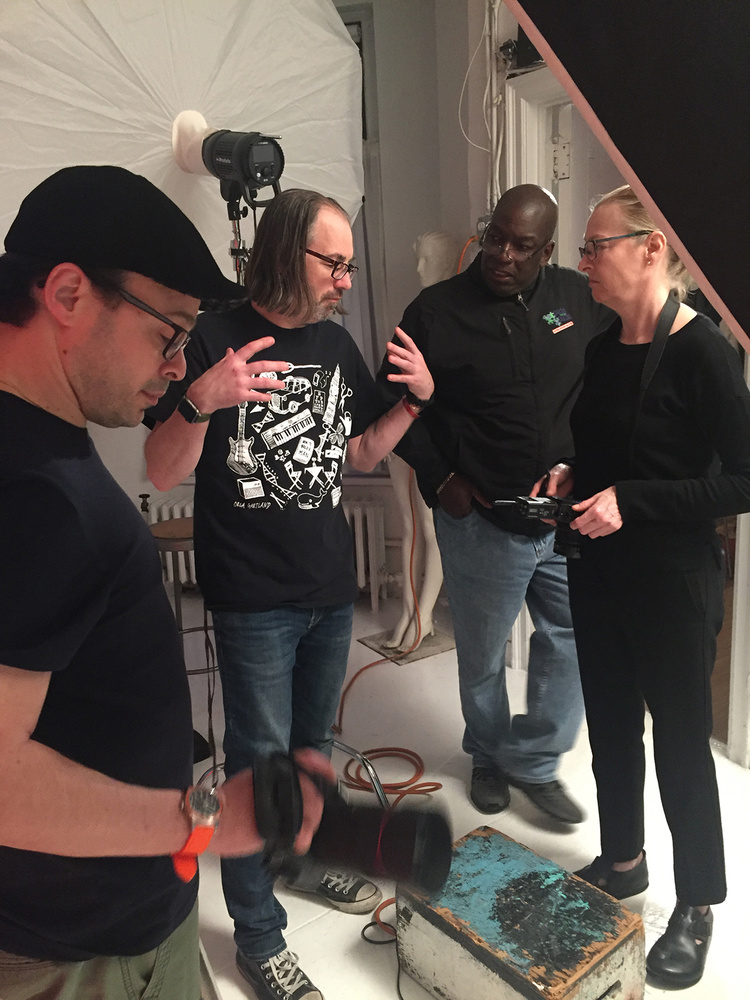 I didn’t catch everyone’s name; however, I did catch all the smiles that everyone had on their faces as the night wound down. I had initially thought I would spend my evening shooting at Grand Center Terminal; at least, that was my thought before seeing the Instagram post by Norton. I am so happy that I decided to take Norton and Miranda’s workshop. Sure I learned a few new things, but for me, it was a blast to hang out with a bunch of people who are interested in the same thing I am and have fun doing that thing. I think we as photographers can get so wrapped up in the technical and business side of photography that we forget why we got involved with it in the first place, because it's fun!

How do you have fun with your photography? Do you shoot with others? Do you go out and throw that photography spaghetti against the wall and see what sticks? Tell us about some of your fun experiences with photography.

Nice way to spend an evening. Years ago I was in NYC for business and almost signed up for a Joe McNally workshop - kick myself often for not going for it.

Interesting...I DID sign up for a Joe McNally workshop in Tribeca, NY a couple of years ago. Great workshop. I also met Daniel there. Nice guy, very patient creative instructor.

Daniel and Seth are great guys and they were a blast to hang out​ with for the evening.