A well-devised digital storage system should be one of the most crucial considerations for every digital creative. With larger and larger camera sensors constantly emerging on the market, we find ourselves needing to accommodate and functionally access enormous raw and video files. Like many photographers, I face a near-constant search for the perfect storage solution. This month, a new Thunderbolt 3 SSD by Plugable is emerging on the scene, and I have a feeling it is going to change photographers’ and videographers’ workflows in a drastic way.

Historically, Plugable has been known for peripheral technologies — things like docking stations, hubs, adapters, and USB devices. With the introduction of the Thunderbolt 3 Drive, they are entering into an already active digital storage market with many key players, completely bypassing smaller capacity, slower USB devices and heading for the new, exciting tech. They aren’t dipping a toe into the storage market; they’re going full-cannonball into the deep end. 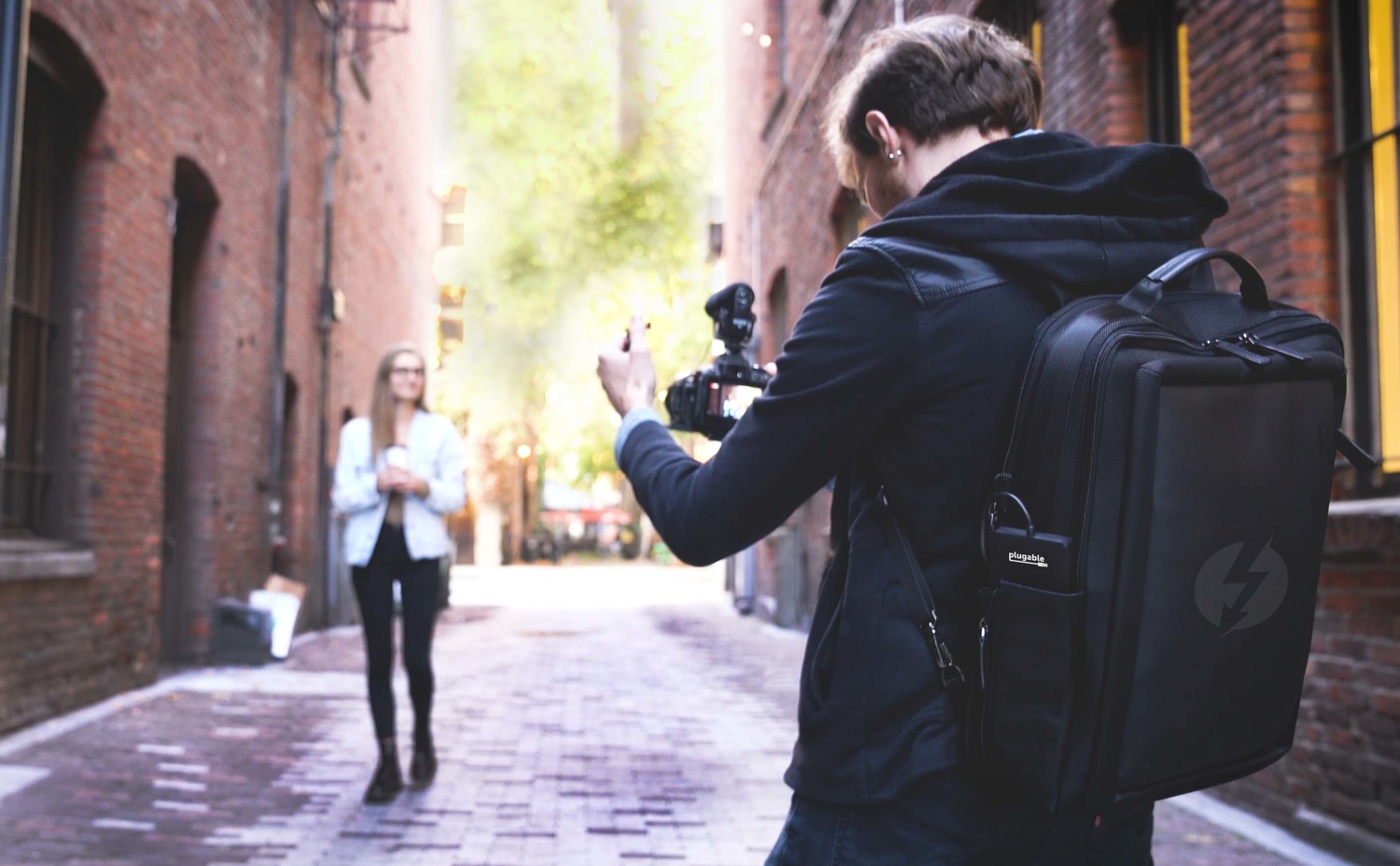 The device itself was designed primarily for video content creators and editors who are generally working on location with massive files, requiring extremely fast read and write speeds in a portable package. Plugable’s Thunderbolt 3 Drive will be equally valuable for photographers who want a drive that is somewhat future-proofed toward camera upgrades and the resulting increased file sizes. Because I regularly struggle with slow, lagging storage (USB 3.0 transfers are mind-numbing after a 10-hour shoot) and I’ve been doing more and more video work recently, I was intrigued to see how this new drive could shake up my workflow.

The Thunderbolt 3 Drive is a compact, attractive piece of equipment. At 4.25 x 2.5", it’s smaller than my phone and my other portable drives and feels really durable with its anodized aluminum casing. In the past, I’ve relied primarily on Seagate portable drives and have found them to feel vulnerable to any kind of downward pressure. This drive feels solid. I wouldn’t drive a car on it, but I squeezed the hell out of it, and there was zero give to it. 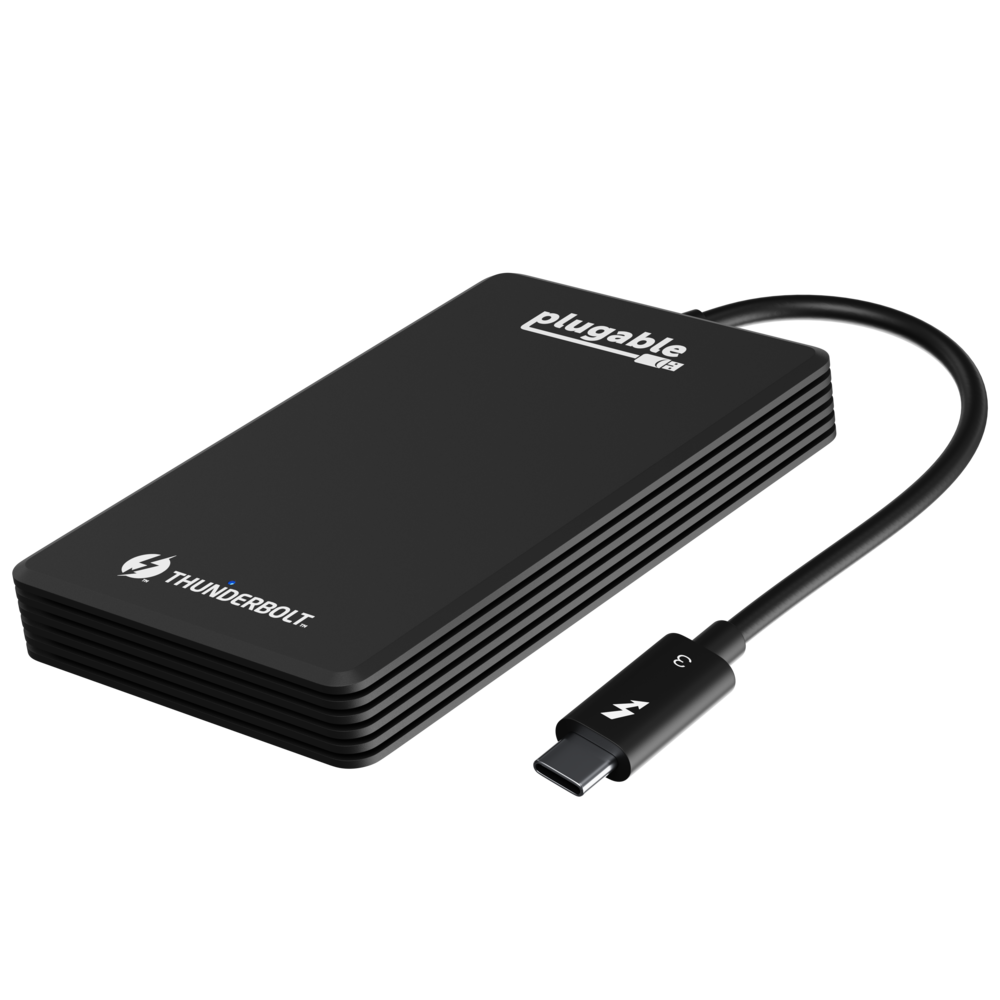 The drive has ridges around the edges, which should both keep it cooler while in operation and provide some shock-proofing if dropped. At 6.1 oz, it’s fairly light and won’t ostensibly add weight to your laptop bag. The bottom of the drive has rubber feet, so it will sit comfortably on your desk without potentially scratching anything. Visually, it’s pretty sleek and unassuming and comes with a small velveteen bag for storage.

My only complaint is that the cord is permanently mounted in the drive, rather than being detachable, which means you could potentially be limited by its length (~7 inches). If you are someone who regularly suffers from fraying or kinked cords, this might be an issue for you, as you won’t be able to replace it. The cord also means you can’t completely fit the drive in the provided case without either letting it dangle out or dangerously bending the cord. It’s a small gripe, but a gripe nonetheless. 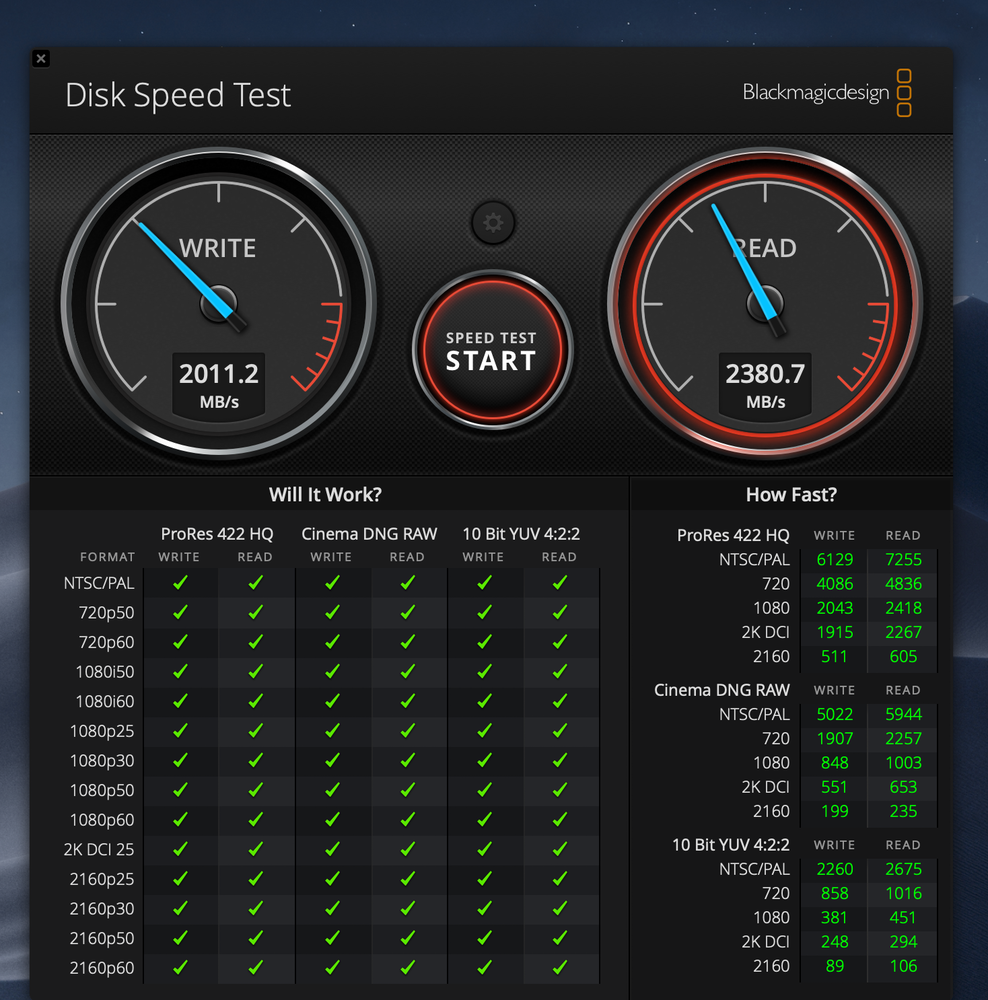 After plugging in the Thunderbolt 3 Drive, the initial file dump from my memory card to the drive wasn’t as fast as I’d hoped. Suspecting that I was being hamstrung by the speed of my memory card reader, I tried transferring the files to the desktop first, then to the drive itself, and it was exponentially faster. With any kind of computing speed issue, you’re only as fast as your slowest component, so for optimal file transfer to this drive, consider also investing in a Thunderbolt memory card reader or other necessary peripherals.

I tested Plugable’s Thunderbolt 3 Drive primarily in Lightroom because it is the single most irritating speed bottleneck in my workflow. In my traditional workflow, I do all of my editing with files that live on my external drives. In the past, that choice has slowed me down, but for the sake of organization and consistency, I accepted the slowness as part of my process. Import and export times with files on the Plugable drive were amazingly fast. I was able to batch export high-resolution JPEGs in less than half the time it would normally take. The editing itself in Lightroom felt significantly less laggy — working with the adjustment brush was smoother and faster. I can see seamlessly swapping this drive into my existing workflow and enjoying a much quicker, more efficient editing experience. 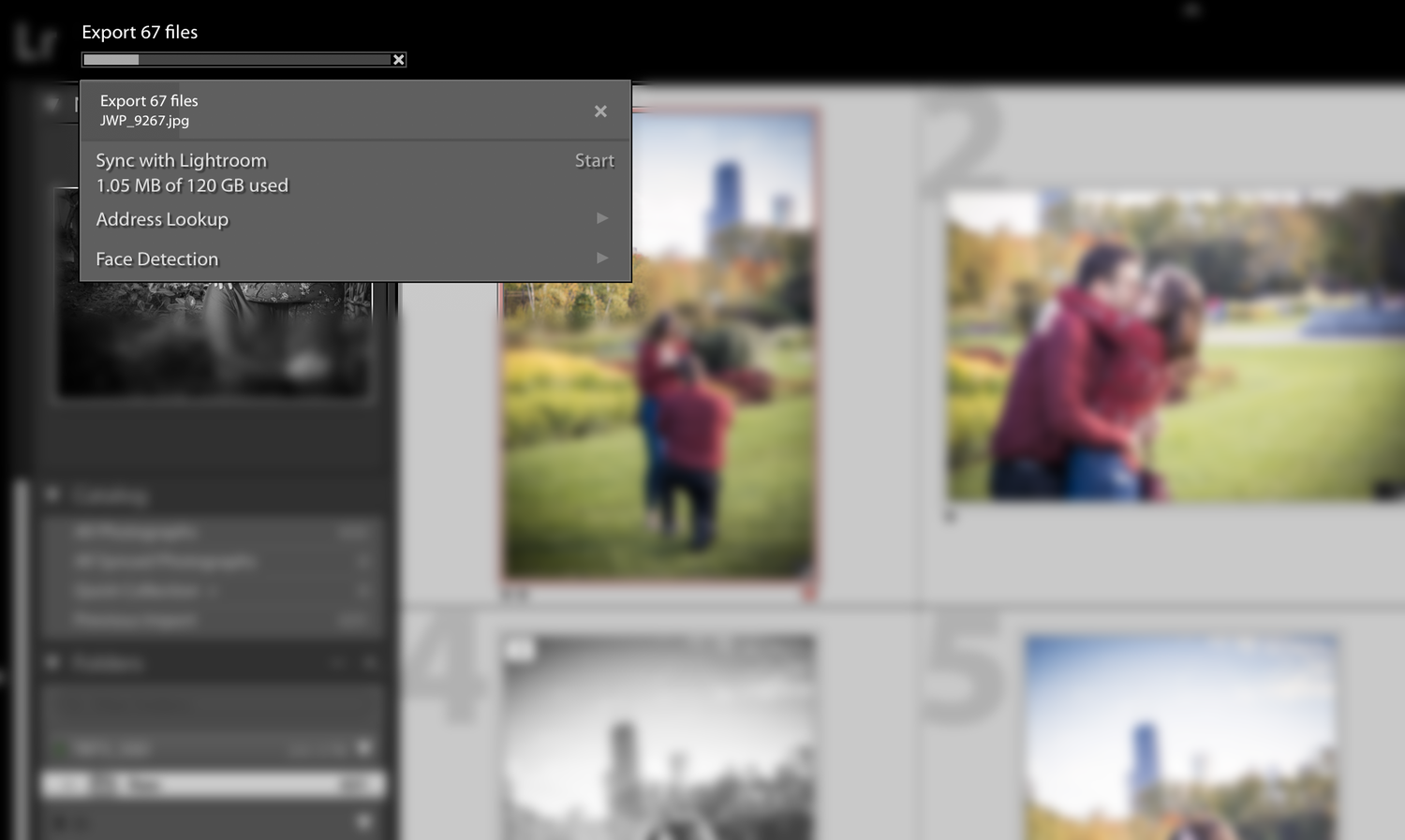 For practicality's sake, I'd like to give a quick reminder for those who may need it (there’s no shame in confusion, but let’s get it out of the way): yes, the Thunderbolt 3 plug is a USB-C style plug, but it will not work in a non-Thunderbolt 3 USB-C port. They will physically fit together, but there will be no connectivity. I demoed this drive with a Thunderbolt 3 port with great success. I also tested it with a USB-C 3.1 port to see what would happen, and the computer wouldn’t recognize the drive at all. I did not test previous generations of Thunderbolt ports, but based on the information on Plugable’s site, I believe there’s no backward compatibility. Sadly, this will significantly limit how many users will be able to take advantage of this product until the technology becomes more common. Thunderbolt 3 has been around for a couple of years, but many middle of the road laptops (I’m looking at you, Dell) don’t offer Thunderbolt 3 ports. If you’re a Mac user with a relatively new computer (purchased since 2016), you should be good to go, but before you invest in this drive, be certain it will be compatible with your computer and the computers of any collaborators who may need the use of it.

Plugable has made a strong first step into the digital storage game. The Thunderbolt 3 Drive is well designed, attractive, and highly functional. Based on Plugable's fantastic reputation for strong customer service and well-built devices, photographers and videographers looking for an impressively fast, competitively priced SSD option should be confident investing in this drive.

I've been a Thunderbolt storage user for years now. Haven't seen anything that even comes close to saturating even TB2.

Likely to stick with USB-C portable drives which are fast enough in the 200 mb/s and usable across all my computers and iPads.

200MB/s may be fast enough for transferring stills, or video if you don't mind taking a break... But this is more aimed at not having to transfer.

I know TB2 is fast (2500MB/s), but considering that M.2 drives are often rated at 3500MB/s both read and write, TB2 becomes the bottleneck. It comes down to your requirements and workflow.

I do think that the product is rather over priced though. I use USB3 drives for temp storage (625MB/s max interface speed) with 500/450 MB/s drives (read/write), which for my workflows is plenty of speed. My photos and videos are on same spec drives because M.2 drives do start to get somewhat pricey at larger capacities.

Thats the myth that sold Thunderbolt in the first place...ask all the people who bought Late 2013 Macs because Apple was going to make it a point to get it's partners in-line with developing devices to use TB2. TB3 is in the same boat...you can daisy chain a number of items and still never max it out.

The ones that came out were wildly expensive and never came close to saturating the interface. And Ive used more than a handful.... G-Studios...

Bottlenecks are more than just one single area of a device. USB-C is far more usable on the daily...not to mention less expensive .

Love that you figured out how much ProRes/DNxHR footage would fit. Would be handy for a DIT on small shoots.

Very informative and yes, speed equals money, no getting round it.

But why the cheap dig at Dell..?
USB 3.1 is universal, not Thunderbolt.. and a 2yr old XPS (with) 3.1 smokes a MacBook Pro, it was the reason they had to redesign the new Pro and put decent bits in it..

I just dropped an SSD in a USB type C enclosure off at a clients, it’s got all the stills and clips from a recent job on it and guess what, they mostly use PC’s or laptops that have type C connections (you can guess what brand).

They were impressed with how quickly they could get the stuff onto their server. If I had turned up with a Thunderbolt connection they would be scratching around for a machine to upload to.

So please don’t diss other formats and systems, its horses for courses.

I remember buying my first really good monitor, it was Dell and I was apprehensive, but I bought it because Conde Nast had just bought 300 of them for their various NYC departments.

That cord being permanently attached is an INSTANT no go for me. I'm careful with cords, but the reality is they're a massive weak point.

I have the G-Drive 1TB Thunderbolt3 SSD drive which is even much faster than this drive here (around 3500MB/s). I don't see how this might have changed my workflow. Yes, it's lighting fast but the drawback is that I can't use it on my iMac with Thunderbolt 2 because it's not compatible. So if I need to exchange data without using WIFI etc. I need a second drive.