Canon recently launched the successor to the EOS M6 with the aptly named EOS M6 Mark II. It's a seemingly innocent camera that looks almost exactly like its predecessor but is packed with very significant upgrades inside.

The Canon EOS M line has really had its ups and downs. Personally, as one of those who purchased the very first EOS M, we have seen quite a variety of development steps from Canon with the EOS M2, M3, M5, M6, and all those other EOS Ms that weren't as remarkable. But when Canon announced the EOS M6 mark II, the specs alone were quite intriguing and seemed as though we finally had that Canon mirrorless crop-sensor camera that we've been craving.

Physically, the first noticeable change with the EOS M6 Mark II is the fact that the grip coating seems to have a rougher texture that gives you a better physical grip on the body. It is very slightly bigger by just a few millimeters than the first EOS M6, but subjectively feels like there's a better grasp altogether. The huge increase in capabilities is only reflected in about 18 additional grams to its weight (408g from 390g), which is barely significant. It packs the same 3-inch, 1,040,000-dot tilt-screen that still lacks any horizontal movement. What used to be an EV dial is now a modular dial that controls aperture, shutter-speed, ISO, and EV depending on which mode you are using. The EOS M6 Mark II is also compatible with the EVF-DC2 electronic viewfinder accessory that is commonly sold separately. With such a capable camera, one might think that a capable EVF would come built-in, but maybe Canon is saving that for yet another EOS M model.

The EOS M6 Mark II makes use of the same LP-E17 battery that first debuted with the EOS M3 but now slightly more efficiently uses it with a few more shots depending on whether used with the rear LCD or the EVF. It maintains the same connectivity modalities, namely Bluetooth, Wi-Fi, and NFC, but now carries a USB Type-C port instead of the old Micro USB. This new camera is also capable of charging using the said USB port, which gives you a few more options in charging especially when traveling. 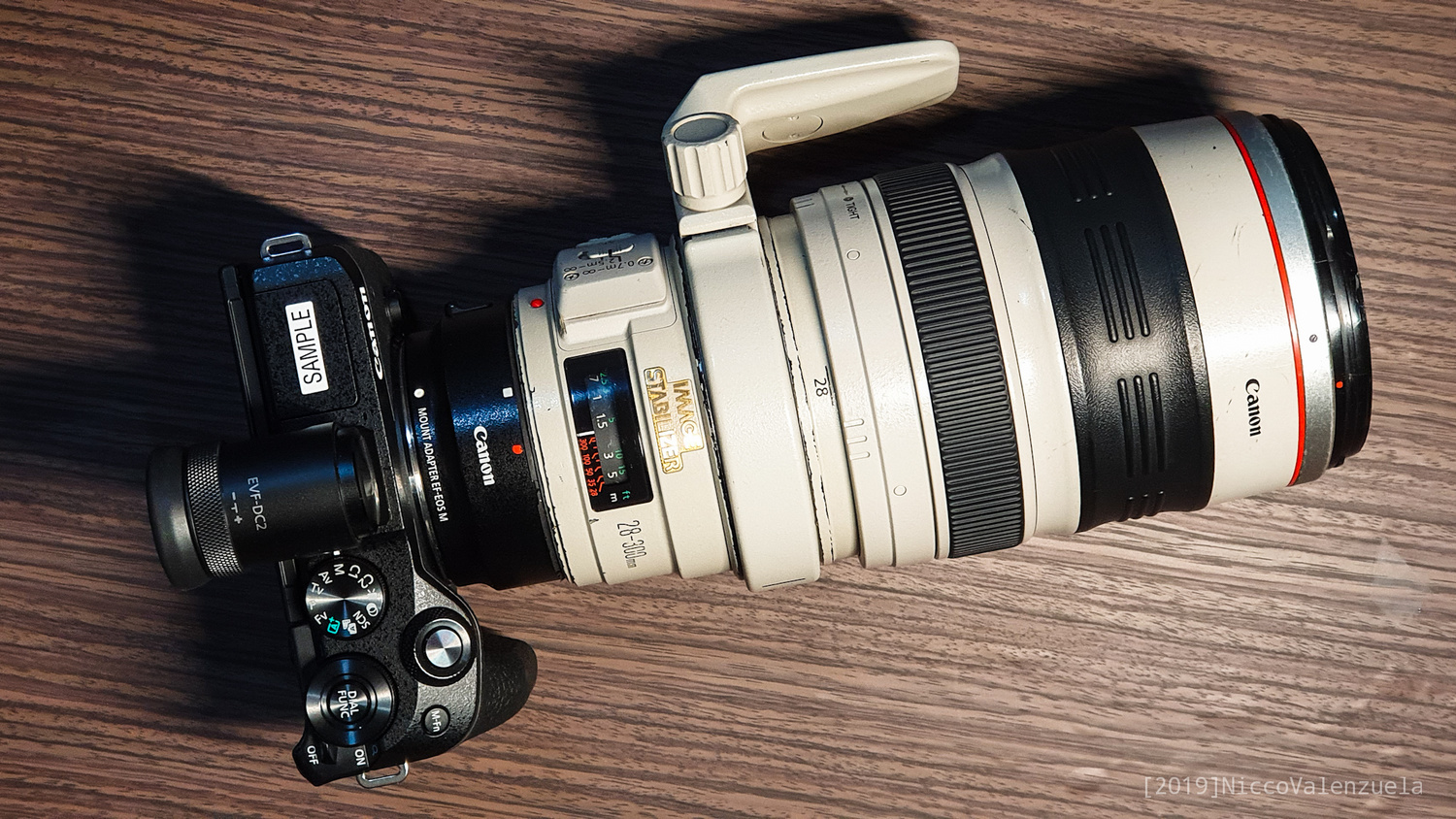 Much like all other EOS M cameras, the M6 Mark II is fully compatible with the native EF-M mount as well as all Canon EF and EF-S lenses via the same old Canon EF-M to EF adapter. What's remarkable to say about this is that when tested with various EF mount lenses, the camera performs as if the lenses were native to it. Throughout this review, I tested the camera with an EF 50mm STM, a Tamron SP 24-70mm G2, Tamron 70-200mm G2 (that all worked perfectly), but what was more interesting was testing it with a Canon EF 28-300mm 3.5-5.6L IS USM and EF 400mm f/5.6L that were released in 2004 and 1993, respectively, but performed rather impressively with the new camera. It seems as though the 15 and 26-year age gaps didn't matter to the EOS M6 Mark II. 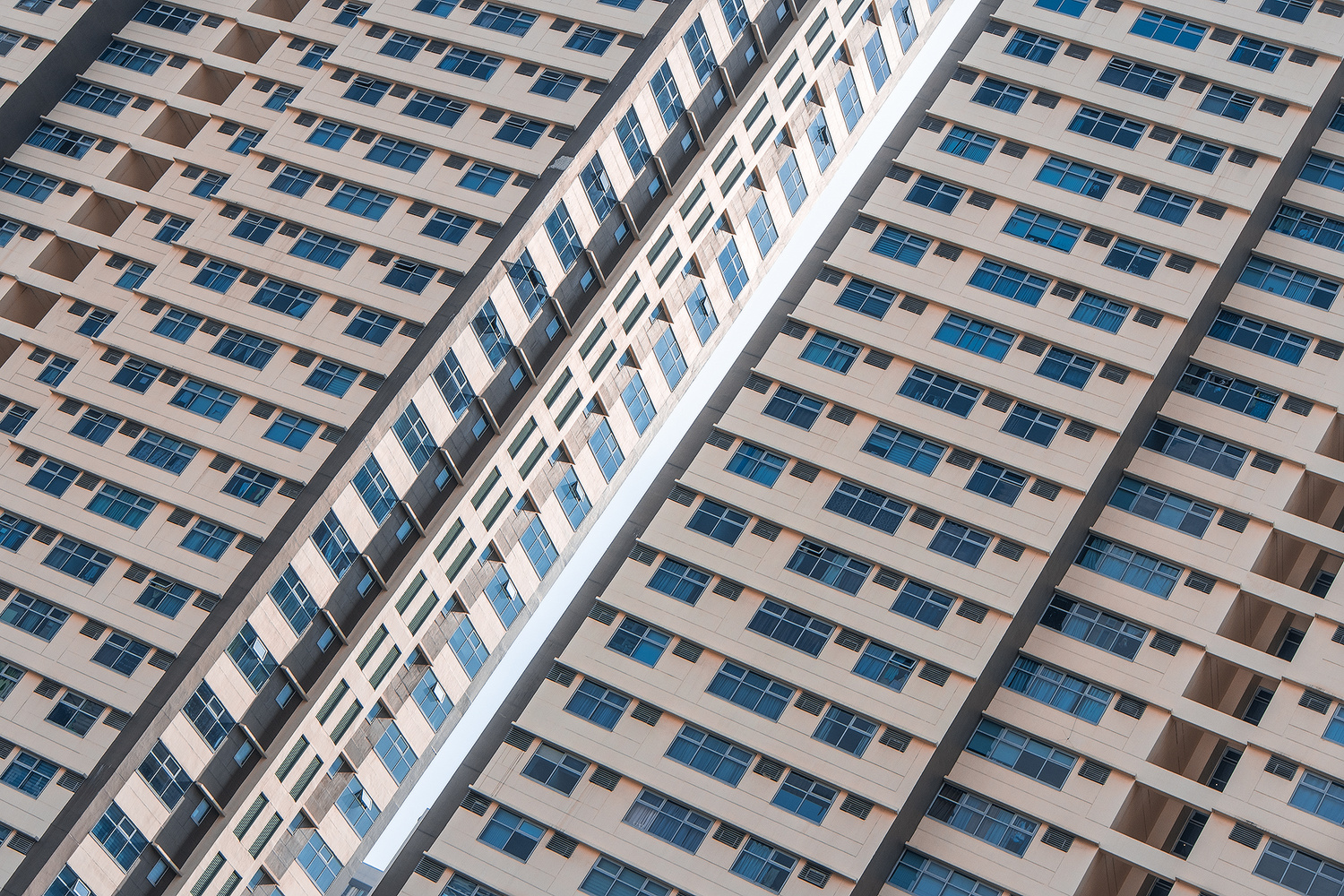 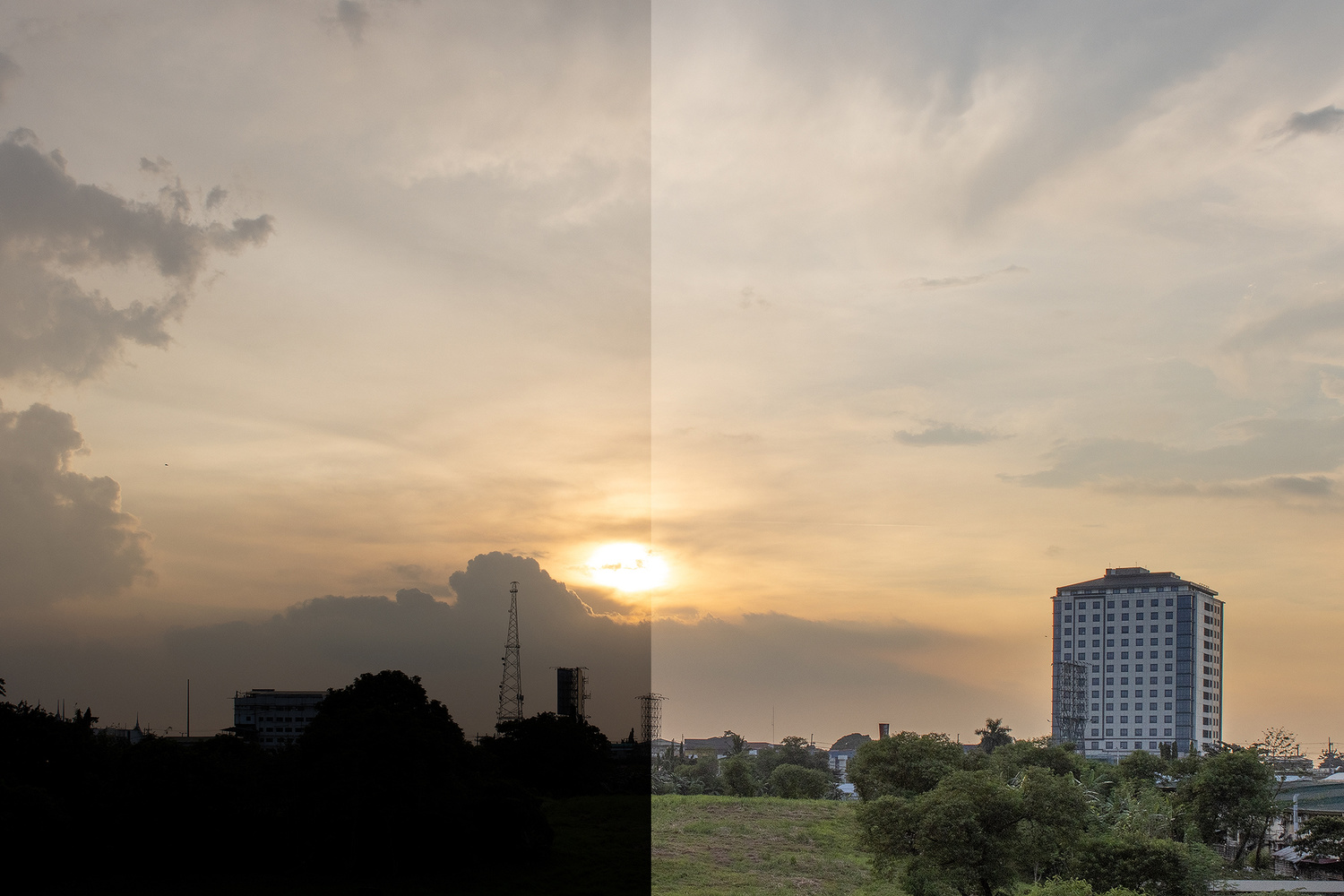 Another significant addition to the skill set of the EOS M6 are the focus bracketing and Live view eye AF. Even in fast paced conditions, the eye AF functioned perfectly in combination with Phase detection. With the speed, AF points, and the different modalities of focusing, the EOS M6 mark II actually feels like the worthy successor of the 7D line. 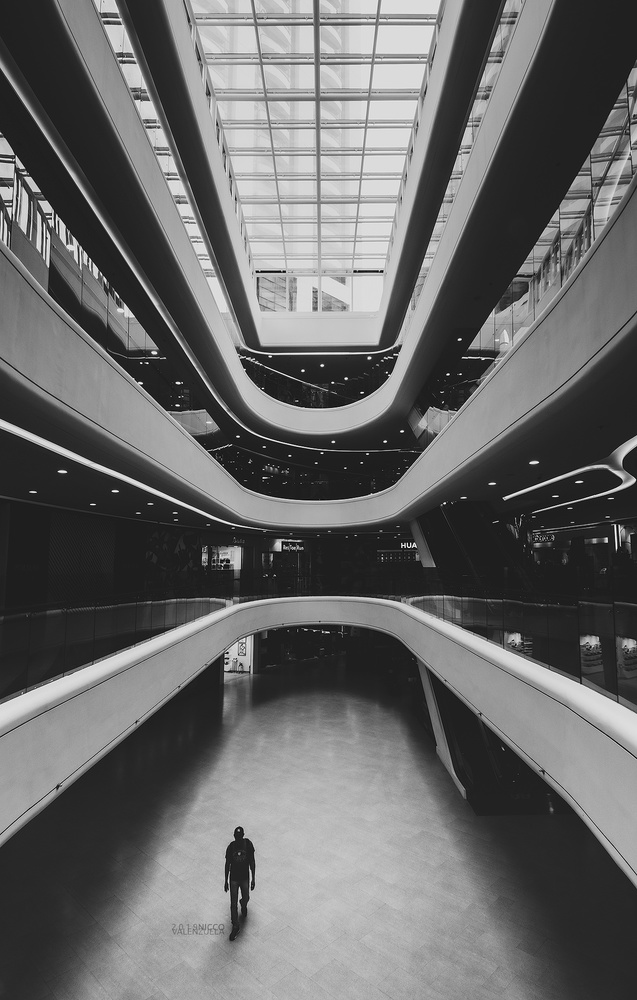 In its bare form, the Canon EOS M6 Mark II is a very capable camera on its own. With a few attachments, depending on the kind of shooting situations, the camera seems to adapt very well. It can be a casual walk-around camera with the petite kit lens and the rear LCD. It can transform to a more serious camera with the selection of native EF-M lenses and the electronic viewfinder and even pose as a professional camera with the various EF mount lenses through the adapter. This can be said for most EOS M cameras, however, the added upgrades in sensor and speed really back up that claim.

Now, this could very well be the highlight of this review and by far the most impressive development for the Canon EOS M line. Given the really impressive jump in specifications for this camera, I tested out how well and how efficiently the camera would work in fast-paced conditions. The EOS M6 mark II took a very significant jump in speed. The old version could do a burst of 7 fps (9 fps with focus locked), while the mark II does an amazing 14 fps that can go as fast as 30 fps raw burst when shot with the electronic shutter. 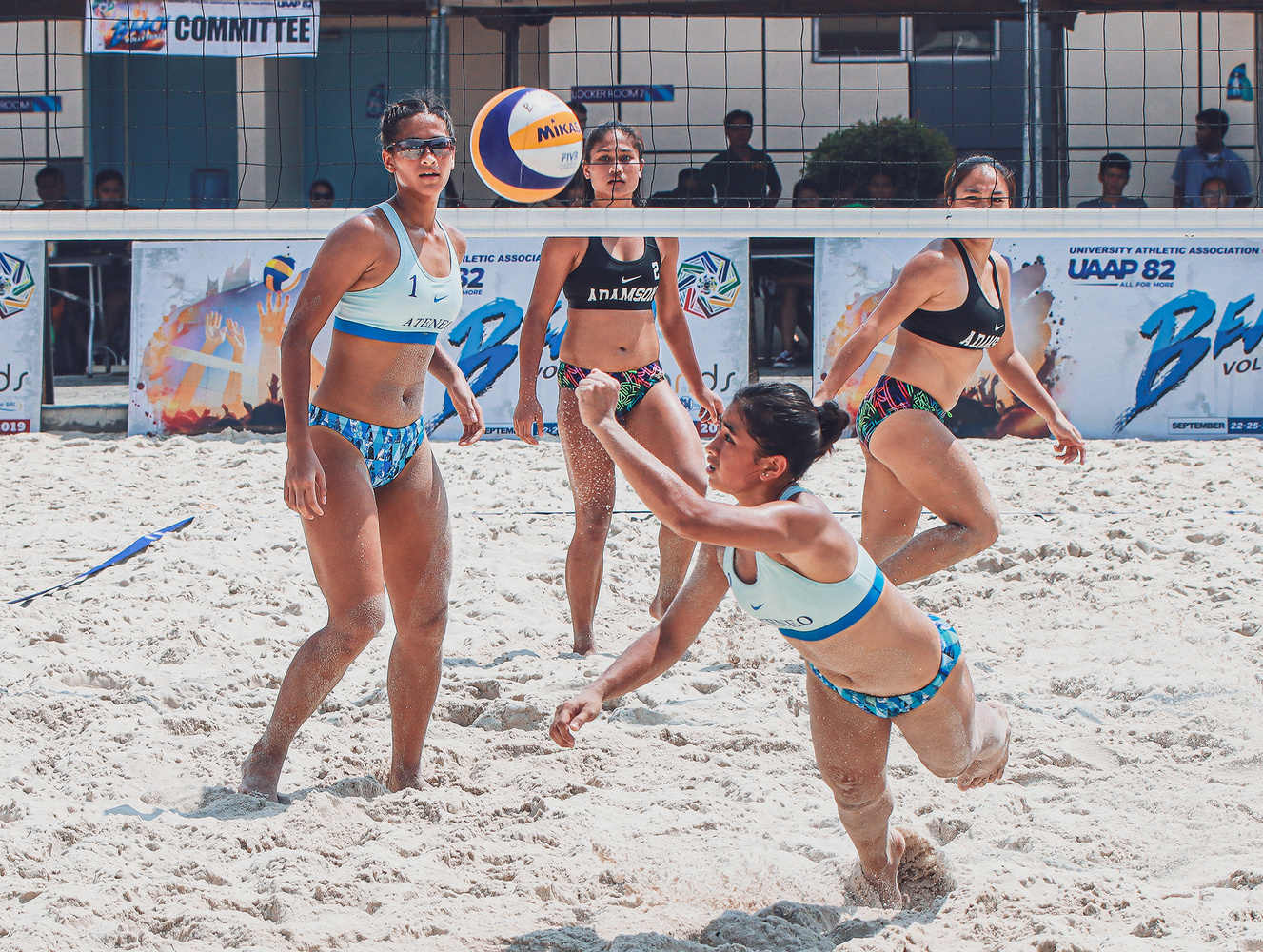 The continuous Dual-Pixel AF paired with Live View Eye AF worked quickly for the moving subjects whether in continuous bursts or half-pressed pre-focusing, the autofocus clearly did well adapting to movement. It's quite impressive that this physically low-key camera turns out to be quite a contender in the APS-C mirrorless bracket in terms of application to sports photography. It would be quite interesting to see comparison videos between this camera and the Fujifilm X-T3 or the Sony A6500 (both with max speeds of 11 fps), both popular with sports shooters who choose not to go full-frame.

The Canon EOS M6 Mark II really proved to be quite an impressive camera with amazing performance in various shooting situations. Among the previous EOS M models, this camera may just be the most capable one yet. It's also quite important to note that it has a DSLR twin brother in the form of the Canon EOS 90D. The price point at which the camera sells isn't bad either, especially compared to the various cameras that it goes head to head against. The body-only option sells for $849.99 and the kit and EVF combo goes for $1,099.00; a $250 difference for a lens and EVF is actually a good deal.

I think People missed this boat in the recent mirrorless marketing scheme. This line seems very good for a lighter travel camera and compatible to existing Canon EF Lens. .
Why do you need R and RF when this exists ??
Why re invent the wheel ??

The EOS R and its lenses are in a totally different ballgame. It may be an unending debate but to many, full frame and APSC still have their distinct differences.

Actually I applaud Canon for leaving the viewfinder out. It makes the camera more compact. For those who need one - either buy the optional viewfinder or buy a model that has already one built in.

I can see your point. Choices may be limited though. So far, this is Canon's fastest APSC. if you wanted this speed with an EVF and you want to use something else on the hotshoe, (like a flash or a trigger for example) then there will be a trade-off

If the canon m6 markII would have canon log 1, then I would buy this camera right now, even with a slightly higher price or if c-log were provided as an option with a slightly higher price. Unfortunalty it does not! So I am looking to buy the Fujifilm X-T3 instead. I will probably give my 7D and my lenses to my 13-year old. Then he can wear them out and the whole photography-, videography-interessted family will probably change system completely. Bye bye Canon - It has been great ride, but not so much nowadays.