How Much It Cost To Fix My Flooded Nikon D850 Camera

A couple of months ago a rogue wave destroyed my Nikon D850. Today I got back it back from Nikon and it's been fully repaired.

If I had a little more time, I think I could have potentially fixed the camera myself. The vertical grip port on the bottom of the camera corroded and short circuited the camera. After a cleaning, the camera did come back to life but the corrosion continued and the next day the camera once again wouldn't turn on. We decided to send it back to Nikon and have them replace the port. Nikon charged $310 for the repair which seemed like a very fair price to me. 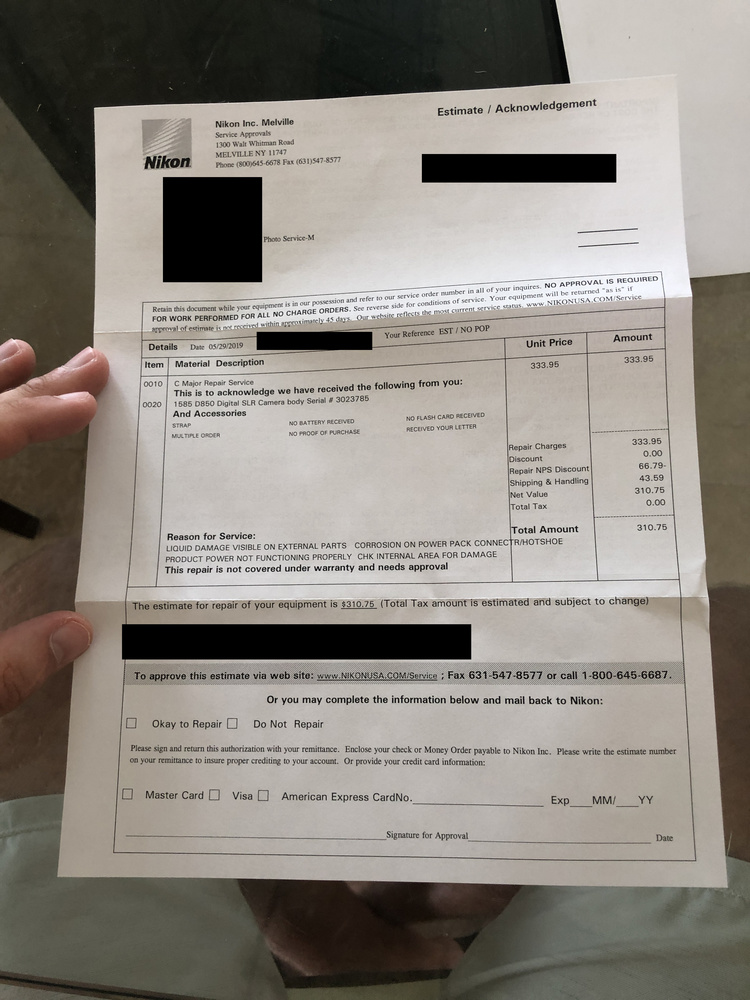 During the destruction of the D850, we almost lost a lot of other gear. Patrick was recording with a few thousand dollars worth of equipment and I was wearing around $2500 in microphones that got soaked even more than the camera. Luckily the mics survived but I've been on the lookout for a more affordable mic system to wear in potentially wet environments. 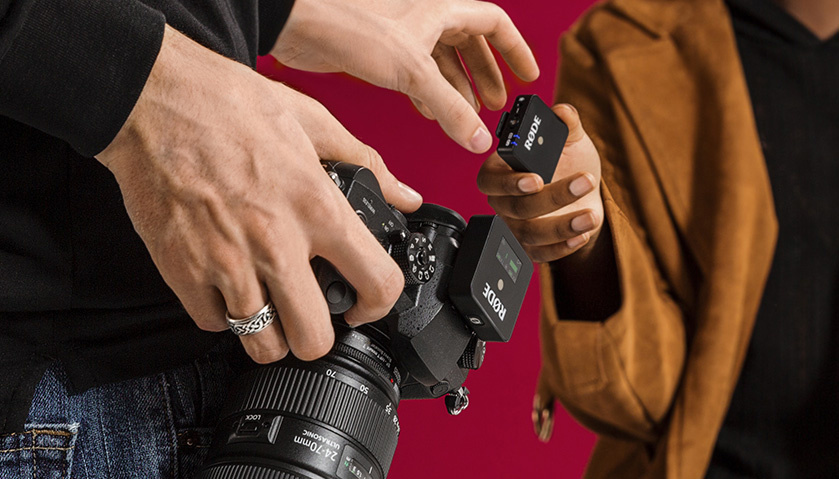 I am absolutely in love with the Rode GO lav mic system. If you haven't heard about it, it's basically an all-in-one lav mic system. The transmitter itself has a battery and microphone built into it and it's small enough to attach it directly to a shirt or jacket without running a lav mic through your shirt (although that is still an option). Although they didn't sound quite as good as our MKE2 mics, but for $200, they are amazing. If you're looking for a small, simple, and affordable lav mic, this is the system for you.

Right after I broke the D850, our only other Nikon camera, a D750, also broke randomly. We decided to ship both cameras back to Nikon for repair. You may remember that we purchased four grey market D750s four years ago on eBay. We saved $500 on each camera but we gave up the US warranty and potentially the ability to have our cameras repaired by Nikon.

As we feared, Nikon refused to repair the D750 because it wasn't an official US model. At the moment we are waiting for them to mail the camera back to us and we will have to find a third-party repair shop to work on it. We'll keep you guys update on that camera in the future.

Nikon provides a storage location for the rubber cover for the contacts on the battery grip when you are using the grip so you do not loose it. The difference between this time and Iceland was the salt water. Sometimes you just don't seem to be the smartest cookie out there.

Not bad at all. And Nikon repair is pretty hardcore about sending it back to you in like new condition.

Kurt’s camera repair in San Diego is lightning fast and super professional, they put together a 10-22 I dropped that broke in half years ago among other repairs. Highly recommended.

For waterproof mics, check this out: https://instamic.io
I soaked my 5D2 years ago while on a shoot on a sandbank in front of the Island of Lamu, I thought the 24-105 L on it was the worst off, I needed both the body and lens to complete the shoot, not being able to fulfill and having to leave without completing would have ruined me financially at the time. So I took the lens apart with a youtube tutorial over the lunch break, I cleaned out the water and sand and the lens worked optically, but the autofocus was gone.
I always thought the body survived fine, until one day about a year later the release button of the lens mount simply fell out of all the corrosion (I can still change lenses with the help of a screwdriver 😂) the autofocus on the other hand suddenly started working again when I tried the lens after years!

wave is like shark they live in ocean I not surprise you ruin camra very careless!

Indeed, I dont do grey market either, for that very reason, and honestly, usually the price savings is not that much. I buy most my gear used anyway, and buying a used USA market camera is WAAY cheaper than a new grey market :D

Also, Nikon does repair some grey market bodies and lenses in the USA now. You would have to check the list to see which they do.

Sea. Waves are not unusual. One thing to get your clothes wet and quite another to damage all that gear. Yeah, yeah, I know: you know already.

Anyway, trouble with salt water is it just goes on doing damage. I think it is hygroscopic (right word?); it attracts water, so it never dries out and goes on corroding. Any salt water immersion has to be dealt with quick. I learned that lesson with an outboard engine.

I have had many things fixed by Canon Professional Services UK and been very pleased with how reasonable and fast their service is, im guessing Nikon do the same to keep up :-)

Honestly way cheaper than I would have thought. I have been debating sending in one of mine, a D800e, because after about 30 uses the tether port failed, or at least loosened to the point that it will not hold a solid connection to my cam ranger if I move my tripod, turning a typical 1.5 hour house shoot into a 2-3 hour affair of reconnecting my ranger every single room.

It caused me to go back to an older camera that had a different port design, nikon really needs to work on their tether ports. Put a screw hole next to it so aftermarket cables can be made that screw it in to prevent this.

Anyway, now considering sending it in as I much prefer the 800 series

I bought a Japanese market D800 here in UK, a fact confirmed by Nikon upon registration. However they did service it when required. I also bought a grey market D850 but I saved over £1000 on it so it's a winner whatever happens when the time comes

"a rogue wave destroyed my Nikon D850"... Didn't you destroy your Nikon D850 by bringing it where waves do what they do? Just own it! 😂

Poor waves being blamed. So sad.

indeed that is a good price! I am a technician for a authorized Nikon repair facility and you got lucky. Often Nikon won’t even touch a camera if it has water damage. I’ve sent 2 D850s that where beyond repair in our shop And both times they made them beyond economical repair and offered us a refurbished D850 at a discounted price (over $2800 at the time).
As far as grey market goes, if you send it in to a authorized Nikon repair center they should repair it regardless. In fact we’ve had customers send us their grey market equipment because Nikon directed them to us. But again, if it’s water damaged, it’s up to the technician if they want to mess with it.
You can also send any grey market item to Japan to be repaired. Just be prepared to wait a couple months to get it back.

I have always been happy with the cost of repairs at Nikon. They only charged about this much to replace a broken mount on the D810 a couple of years ago.