If Canon Is Releasing Four Full-Frame Cameras This Year, What Should They Be?

There’s been a lot of speculation about what camera Canon would add next to its new range of full-frame mirrorless bodies, and we might be a step closer to seeing what will emerge over the next twelve months. According to rumors, one is pretty certain, but the other two are a little more unexpected.

The new flagship, the 1D X Mark III is due to hit the shelves on February 13, and you can pre-order yours now for a meager $6,499. The first of what could be four major full-frame releases, this will almost undoubtedly be the 1D X’s swansong and it will be fascinating to see what other high-end DSLRs from Canon reach the market.

After this brief resurgence of interest in DSLR, the world of mirrorless is now set to dominate the headlines again, and Canon Rumors claims to have something resembling a roadmap for the Japanese manufacturer's releases in 2020. 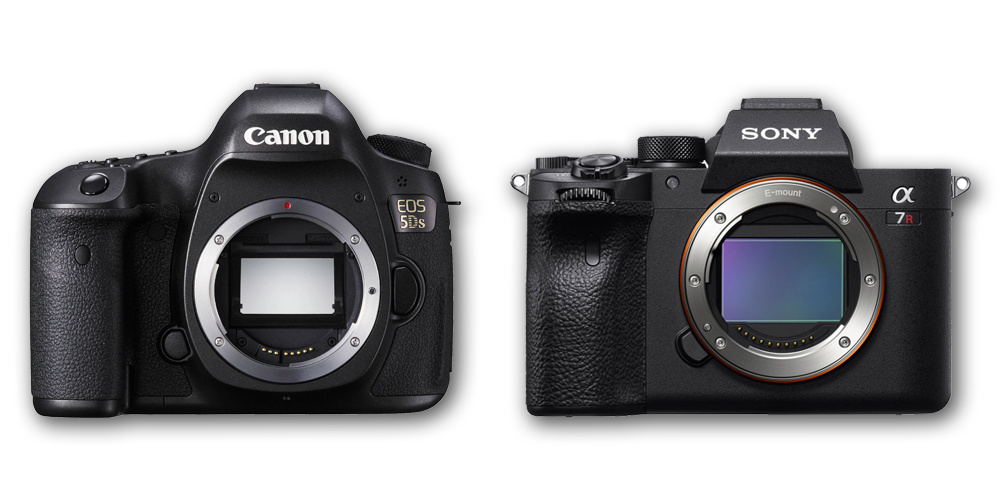 It’s long been expected that an RF mount version of that 1D X will take much longer to come market, being slightly more of a niche tool, and with so many agencies heavily invested in EF glass, it will be a good few years before Canon decides to make a mirrorless action-shooter to rival Sony’s a9 cameras. What’s almost certain, however, is a mirrorless equivalent of the 5DS and 5DS R — a high-resolution body that’s at least on a par with the 61-megapixel Sony a7R IV. Dubbed the EOS Rs by the rumor sites, it’s thought that this will emerge ahead of Japan’s CP+ show in February, or failing that, in May.

Hardcore fans are working furiously on the maths of existing sensors to figure out what resolution it will be, with 75 megapixels apparently the most likely. The rear LCD will be larger than that found on the EOS R and, most importantly, will feature two card slots. With all of the furore surrounding the first batch of mirrorless cameras from Nikon and Canon, you have to wonder if Canon will  go with three or four card slots just to be on the safe side.

The other two slated bodies are a little more intriguing. The first is an entry-level Rebel equivalent that is thought may sell for even less than the EOS RP, which is already remarkably cheap for a full-frame camera and is currently available for less than a thousand dollars. Sensors are becoming cheaper and cheaper, but what would you drop from the RP to keep costs down? The EVF, potentially? 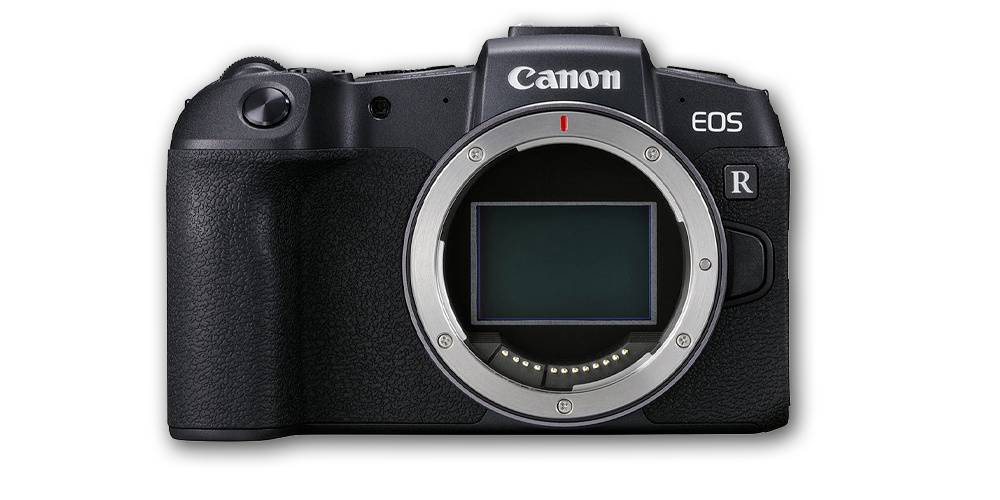 The Canon EOS RP. If you were to make a version that's even cheaper, where would you compromise?

An entry-level, consumer camera that grabs those buying their first camera and pulls photographers into the Canon ecosystem does make sense as the Japanese manufacturer will want to sell a lot of lenses, especially when non-pro options start to appear in earnest. A nifty fifty and a pancake could already be on their way to sit alongside the RF 24-240mm f/4-6.3 IS. Canon has proven that it is intent on continuing with EOS-M when it comes to APS-C, so EF-S glass might be about to become very cheap. A Canon equivalent of the Nikon Z 50 has looked very unlikely, and a body that’s even cheaper than the would seem to rule it out completely. Two sensor sizes, two different mounts (or not?).

Interestingly, some are suggesting that this full-frame budget option might be modular as opposed to entry-level, a body that’s more akin to the Sigma fp than the Rebel SL3, ditching the EVF and shooting C-Log, but this would be a significant departure for Canon.

Finally, there’s a possibility that a fourth body will be announced and will be closer to the Sony a7S line of cameras: a lower resolution with a fast burst rate that has excellent low-light performance and good video specifications — perhaps matching that of the 1D X Mark III albeit in a much smaller format. 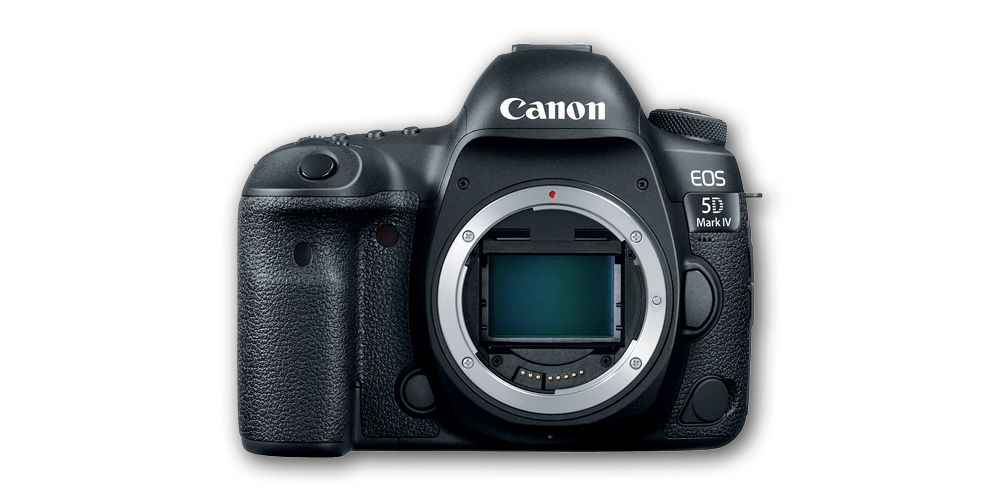 The stalwart: the Canon EOS 5D Mark IV. Should fans — perhaps Mark III shooters in particular — give up on the prospect of a Mark V?

Within all of this, there is the question of if and how Canon plans to produce some sort of equivalent or successor to the 5D Mark IV. Arguably, the EOS R is a 6D Mark II, though an EOS R Mark II with dual card slots would position it more in line with the 5D product range. And if Canon does go this route, should 5D fans give up on the idea of Canon ever producing a Mark V? If there’s still plenty of life left in the 1D X, can we see another iteration of an EF mount workhorse, or do all those Mark III-toting wedding shooters who like to skip a generation before upgrading need to face the fact that Canon is pushing them towards mirrorless?

What are you expecting Canon to do this year? And what would you like to see from them? Should a 5D equivalent be a priority over a 5DS? Which models will have IBIS? Which bodies will crop the 4K and cripple the dual pixel autofocus? And will Canon continue its infuriating habit of ditching 24p at random resolutions? Be sure to leave your comments below.

I don't really care for mirror-less so would like to see a few DSLR bodies but I doubt that will happen.

5D Mark V and 5DsR Mark II would be baller!

Whilst I would not upgrade myself, that would be good to see.

I would add them to the bag years down the line. :)

I am still loving the ouput from my 5D Mark II bodies and 5DsR so little need to upgrade.

Canon should concentrate on a body comparable to the D850 and A7R4. That’s what I’ve been waiting for, but doubt they will even come close. They’re focusing primarily on the highest number of MP without thinking of frame rate or buffer. It would be nice if the 5DV would get there, but probably not. I’m hoping they surprise me before I add one of those other brands to my collection.

They already have it in the 5D4 bar resolution in my eyes.

I think the 5DV will happen but it will be the last 5D series body. It will be a general workhorse spec wise so I am not expecting a high resolution body.

For me it looks like the new 1DX is going to have to be the replacement for my 2x 7D mk 2's. I don't think the next iteration is the end of DSLRs

All in for mirrorless. Sold 5D IV and EF lens system. Give me not to many pixels and greater dynamic range. New lenses are terrific.

I would love to see a 7d3 with some AF trickle down from the 1dxiii and decent quality video. Like a 90d but with true pro fast action ability and video to at least match say a GH5 or even the lesser G9. I think it would be hugely popular. I can see the advantage of mirrorless, my G9 is fantastic, but if they could say project even just a histogram onto an OVF it would work superbly. Video, eye-detect and all that is fine off the back screen anyway IMHO. The 1dxiii looks incredible, but then so does the price.

I’d like to see a 5D-V hybrid meaning a high resolution 5D (no low pass), with capabilities of the DS and higher frame rates. To me resolution is key, but I don’t need more than 40-50 megapixels Then there’s no need for a DS

Canon should just release a competitive camera with something new or better at its price point. They've failed to do this for 5 years or more..

Thinking a clone or rebranded camera might be the only way e.g. Canikon D85x or Casony A7x