This year, Leica turns 100. The “Leitz”, the first camera for 35mm film, was brought to market back in 1914 by Oskar Barnack. Just what is it it that makes Leicas so special in the eyes of so many great photographers, and does this justify the often insane costs of ownership?

One hundred years is a long time for any company to be around, but for Leica, with it’s engineering excellence, attention to detail and insanely high standards of craftsmanship, comes as no real surprise. The company has out lived a couple of World Wars, several economic depressions and many economic recessions, and largely dealt well and an insane amount of technological advancement that would cause serious issues for most companies producing a highly specialized piece of engineering.

What Makes A Leica So Special?

There is an over riding principal that underpins almost every Leica camera of the last 100 years, and certainly the M rangefinder design. That principal is best summarized by Barnack’s philosophy of ‘small negative – big picture’, which was the basis for the Leitz. 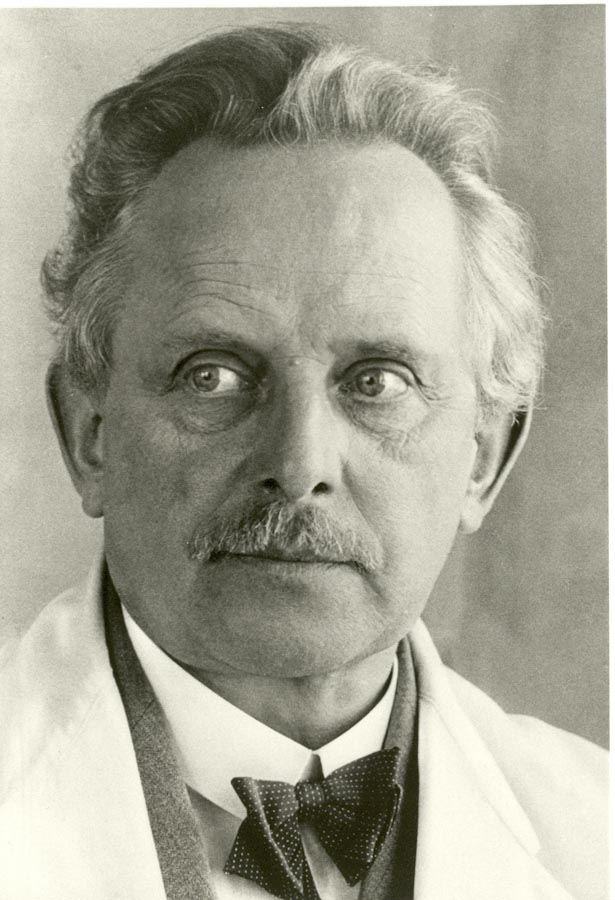 Barnack revolutionized photography by giving photographers greater ease in creative vision and scope, as they previously had to rely primarily on cumbersome plate cameras for their work. It is through the ability to bring small cameras, carefully crafted to the highest standards with outstanding image quality that set the precedent that continues today. It’s why Cartier-Bresson picked one up when he took to the streets. It was small enough, and smart enough to get out of the way and allow photographers to do what they needed the most – make the shot they saw.

The Importance Of Sticking To The Knitting

No other camera manufacturer inspires such dedication amongst it’s owner base to the equipment and gear as Leica does. Someone actually created a list of photographers shooting with Leica’s and it’s like a who’s who of the photography world, past and present.

Being good at something and sticking to those principles has been a key part of Leica’s success. Just look at how little deviation from the original design of the M line there has been - the images below start with the M3, which came out in 1954, and takes us through over 50 years of design change, through to the most recent additions to the line up, the M and M-E which came out last year. 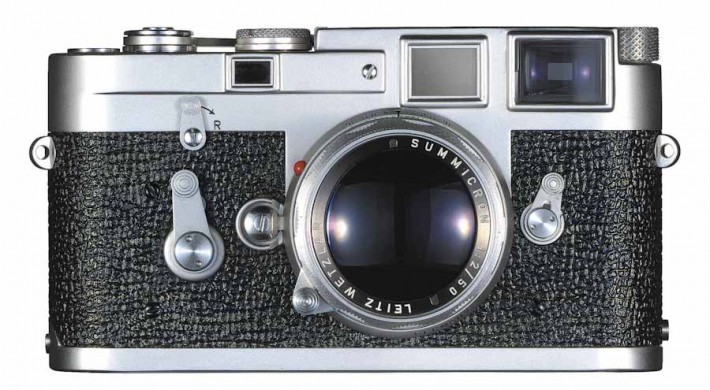 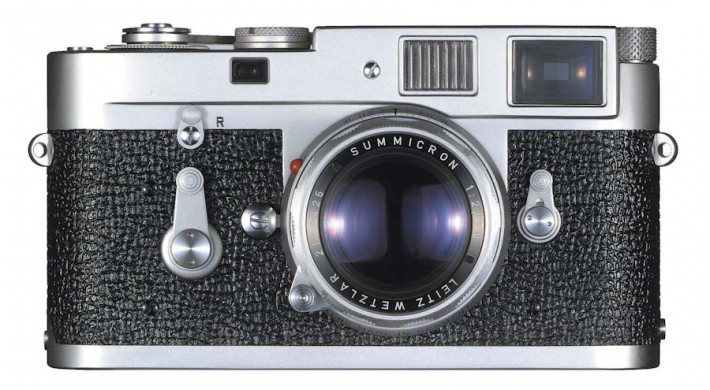 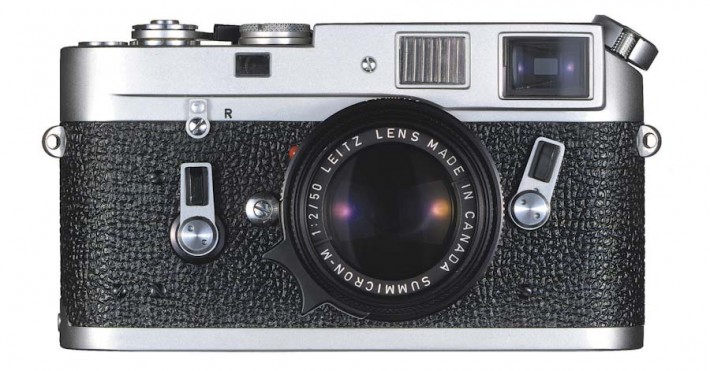 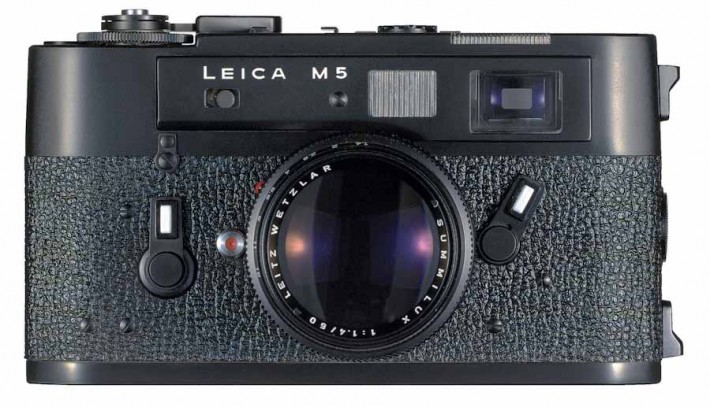 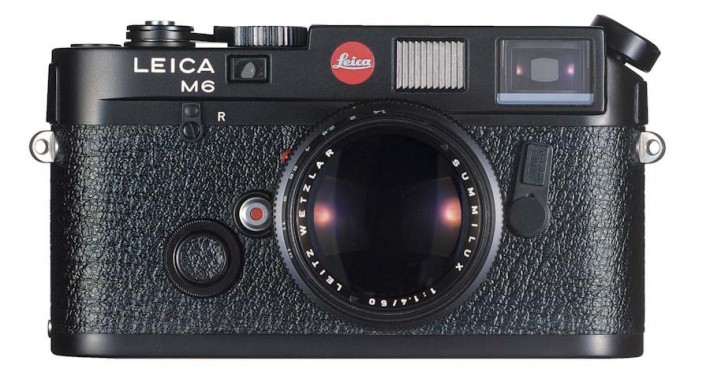 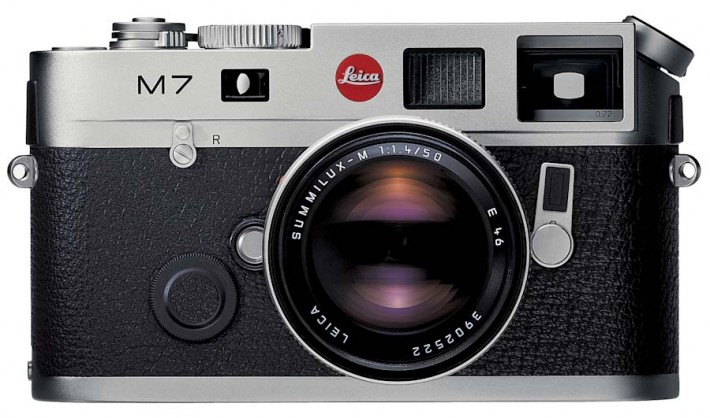 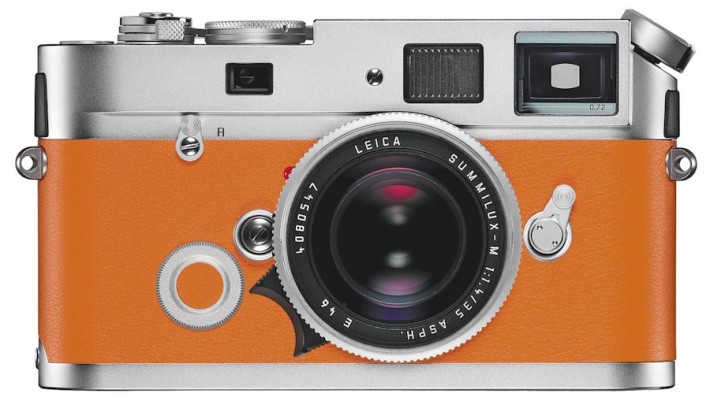 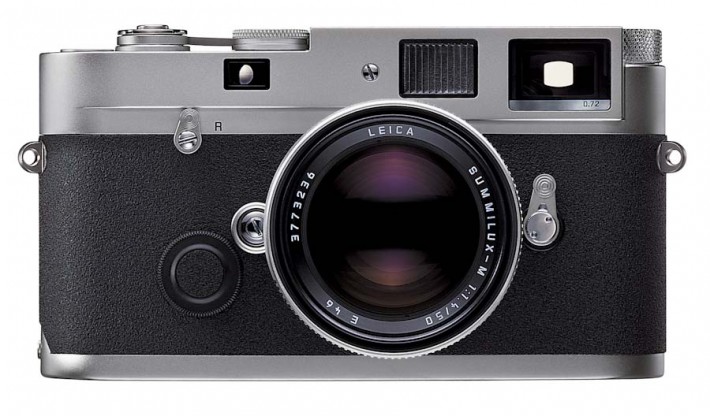 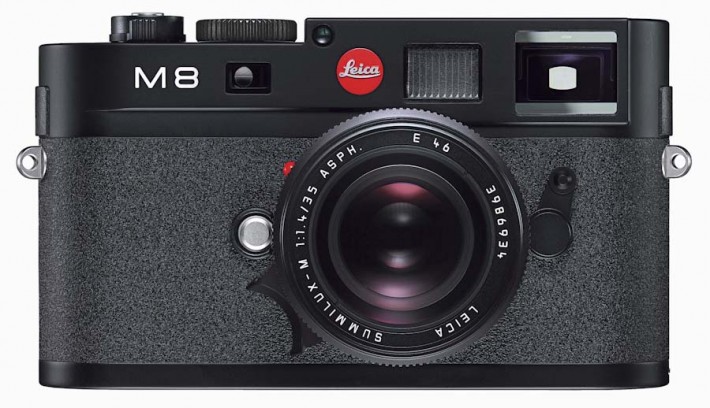 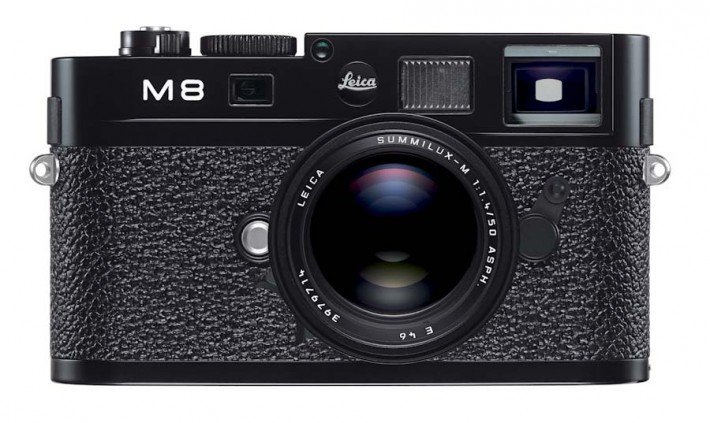 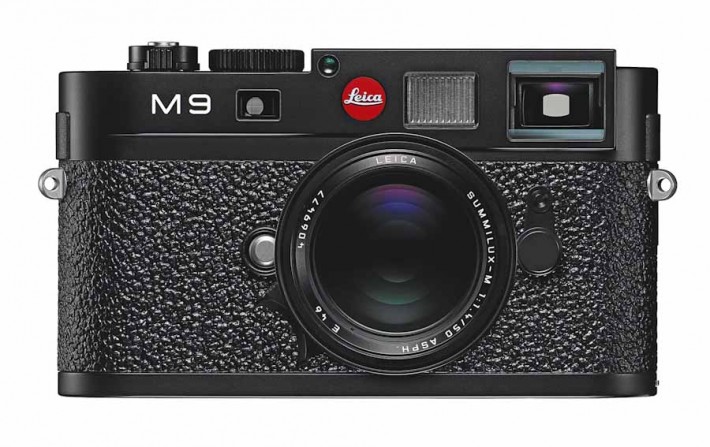 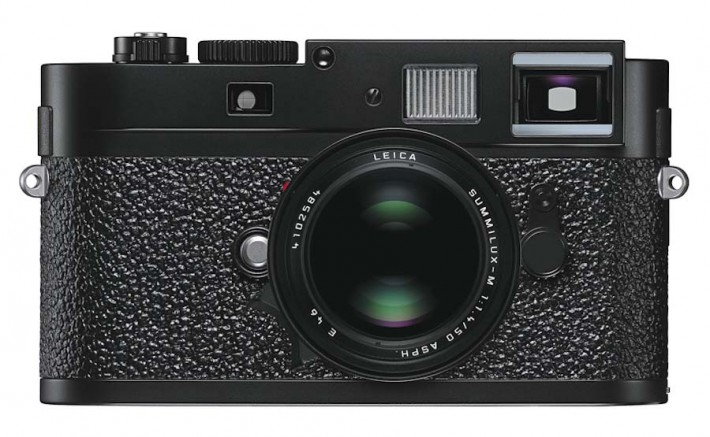 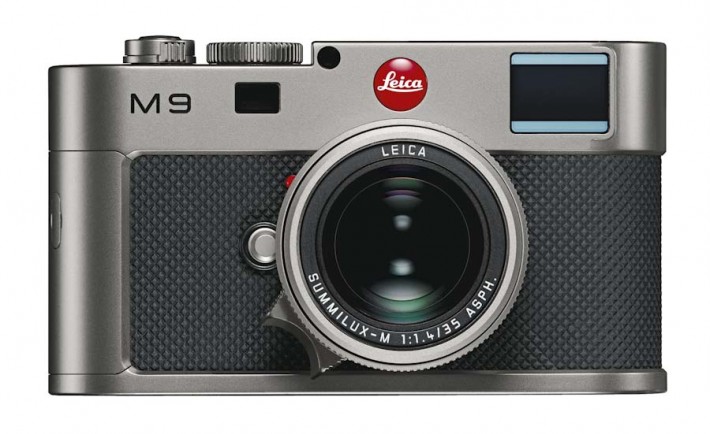 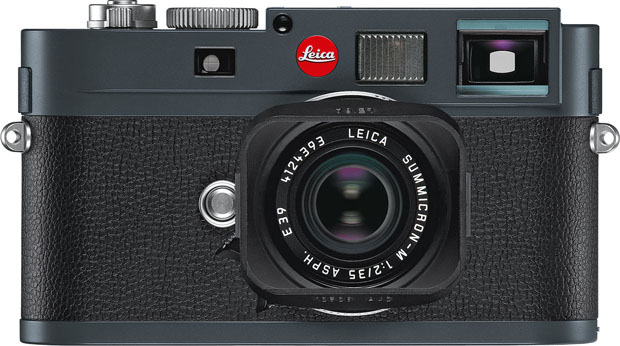 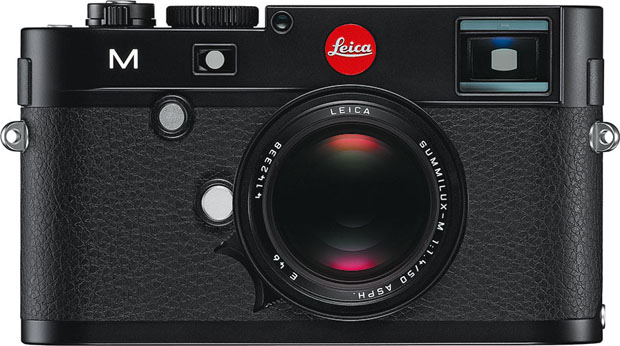 The epitome of all of this resulted in the one off, Jonny Ive designed Leica M. 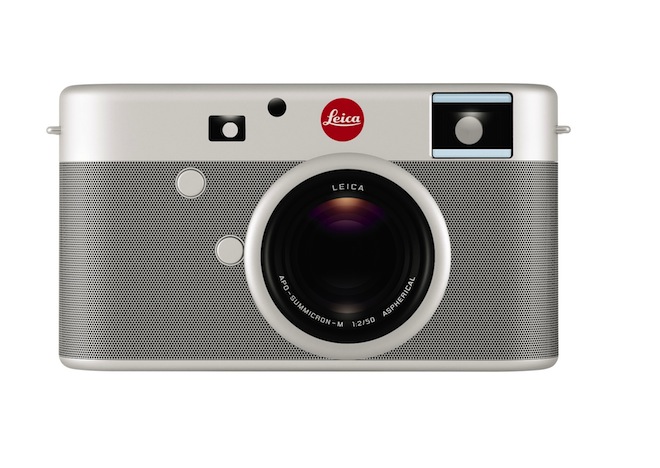 Jonny Ive, as most know, is the designer behind the original iPod and iPhone amongst others. The Apple-esque special edition is the result of some 100 tweaks from the 2012 Leica M and took 50 engineers over 270 days to build. When auctioned for charity, it was expected to fetch between $500,000 - $750,000. It went for $1.8 million.

So...Is It Really Worth It?

I'm not sure if many of you are familiar with how much a Leica digital body and a few primes will set you back - but here's the new Leica M - a snip at a little under $7,000, body only. I won't even get started on the glass, which can easily run you $3-5k per lens. If you're considering buying into the new Leica digital bodies, with a nice 35mm 1.4 or 50mm 1.4 Summilux lens, expect to be paying somewhere in the region of $10,000 to $15,000 including tax - and that's for the 35mm OR 50mm - not both). Perhaps that exclusivity is part of the appeal for some.

I’ve had some time with a few digital Leica M’s and while I appreciate them for what they are, I’m unlikely to ever own one because of the very high barrier to entry to just pick up a body, let alone get into the purchase of Leica glass. I'd rather invest that money in something where I might see a tangible return on the images I'm making, like workshops or a costly personal project.

Like everything, it boils down to whether you consider something to be "valuable enough" to part with your hard earned cash. For some of you, the barrier to entry is much lower. The question then becomes "will it give me access to a means to make better photographs?", or at the very least "will I enjoy the process more?". On the former, I can tell you, from what I've seen, it certainly won't make you a better photographer or even necessarily provide you with access to better quality images. Photographers like Frank Doorhof have run tests with a Fuji and his M9 side by side and image quality doesn't appear to be much different between the test images.

So if those thousands of extra dollars, euros, pounds or yen don't buy you much in the way of extra photographic prowess, what are you paying for exactly? Perhaps it's more about the process of making your images then, of slowing you down while you manually focus, and of improving how you see.

A friend and photographer, Brent Eysler, who had been after one for a while, finally picked up a used M9 a few months back and had this to say, which might be part of the secret of what makes owning and using a Leica so special to some photographers:

Photography is a weird medium, it's half technical and half art. Shooting with a Leica has forced me to slow down, to look around and think more. The Leica a flawed camera in many, many, many ways. Especially when compared to anything new on the market, But its making me think, and making me create in a different way than anything else I've ever shot, Thats what we should all care about when it comes to the tools we use, how they make you feel, how they make you think.

Only Leica could inspire such fastidious attention to design detail, as well as this level of serious commitment to financial investment. Perhaps that's really the essence of why the company has survived the last 100 years, and if it sticks to it's uncompromising guns, will probably last 100 more.

thanks for the inspiration

No love for the M2? That one is [almost] affordable!

Oh I just meant to say that the collection of above images goes from M3 to M4, skipping the [oddly numbered] M2 (and M1 technically.. but those where not plentiful enough to be considered real.. like the Hermes and M9-T...)

To me, the M2 is a great starting point - M4's and M3's are high priced due to collectors, and M3's often have all kinds of problems. Delaminated and separating prisms and beamsplitters being the costly one. M2's where plentiful (cheap now) and made of brass (unlike the M4-P's zinc). Of course you give up the 28mm and 75mm framelines, but who is counting?

Congratulations Kyle, you passed the test and discovered the secret Easter Egg that I left in this post to see who the TRUE Leica fans were. Please email me your mailing address, your M7 Hermes will be shipped tomorrow.

PS ;) ....seriously though - thanks for pointing that out - i'd uploaded that image to the server and misnamed it so i'd skipped over the M2. It's in the list now though, good spot.

'Tis in the line of duty of rabid fanboy-ism! In all seriousness, fun article and cool link to the big list of photographers

Thanks Kyle, glad you enjoyed it