A Lot of Photographers Are Actually Going to Miss Google+

It's 2018 and I have no idea where I'm supposed to share photos anymore. There was a time though, when Google+ and its booming photography community was the clear answer.

When I got my beta invite for Google's new email product called Gmail, I thought I was just let into some tech VIP club. It was fresh looking, radically different, and arguably about as cool as an email client could be. This excitement was repeated in 2011 when I received my Google+ beta invite from the same friend that hooked me up with Gmail.

The place was bright, full of cool features, and most importantly, lush with creative activity. I had never seen such a high concentration of amazing photos along with meaningful commentary and discussion in the comments. Photographers were viewing each other's work, encouraging one another, and regularly setting up photo walks to get together and shoot. 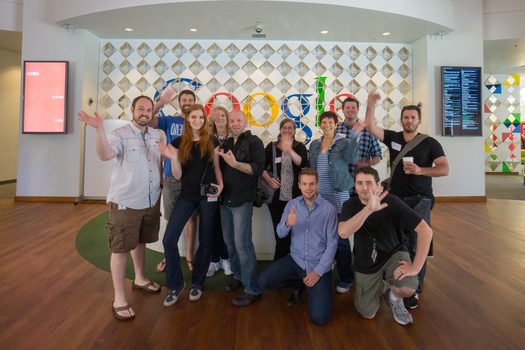 One of the coolest features that differentiated Google+ early on was circle shares. You added friends or followed people by adding them to groups called circles. These circles could then be shared with other users in a single click. That meant that if active a user took the time to gather a list of amazing photographers to follow, they could then share that list to anyone interested in also following some photographers.

This act of crowd-sourcing suggested users to follow meant active users were being paired up with other active users and effectively jump-starting a lively social network. I began my time on the network as an onlooker mostly just browsing and commenting. I finally reached a point where seeing so many great photos made me interested in taking my own shots and posting them. This came together on Easter Sunday in 2012 when I attempted my fist bracketed HDR photo of the sunset. 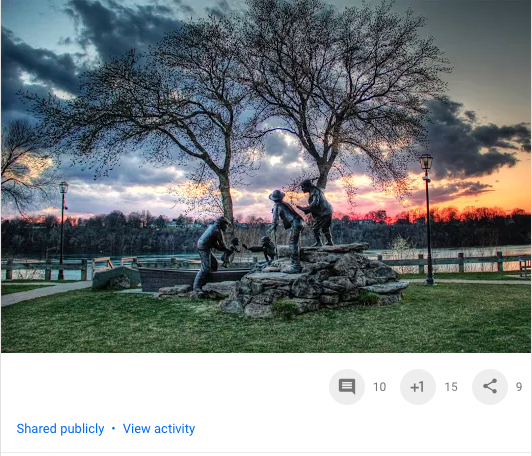 The post received some plus ones, Google+'s version of a like, and comments from two of my heroes on the platform Thomas Hawk and Trey Ratcliff. This was a huge deal to me and started me down the path of learning photography and challenging myself to master it. It was a much-needed therapeutic activity that helped distract me from the loss of my father to cancer.

Of all the Google+ photography supporters and evangelists, none were more influential to the excitement and energy surrounding the platform than Trey Ratcliff. As his website's name "Stuck in Customs" references, Ratcliff was an early adopter of a world traveler sharing breathtaking photos along the way lifestyle. His use of HDR was some of the best out there at a time where that style of photography was at its peak popularity. This coupled with the fact that Google+ really did a wonderful job showing off photos made the platform a perfect place for him to flourish and encourage more photographers to join in. 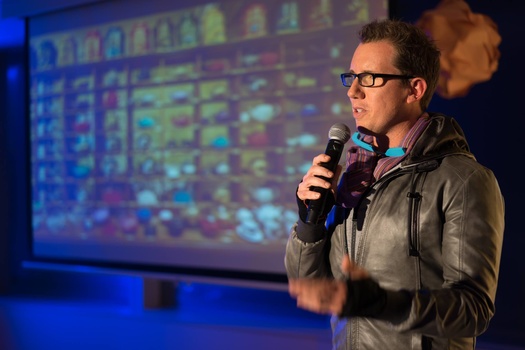 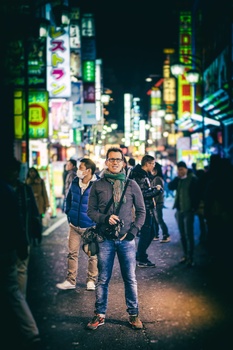 Ratcliff not only shared photos with great descriptions and stories about them, he also hosted and participated in a number of hangouts. Hangouts were ahead of their time for multi user video chat with ease. It also allowed users to record hangouts or go live stream. Ratcliff's technical proficiency and charisma brought him an enormously large amount of followers comparable to the likes of celebrities like Lady Gaga and Madonna. His adoption of the platform really seemed to help steer some focus and attention to photography throughout the glory days of the social network.

As I started sharing photos regularly and interacting with the community my follower count and interaction stats steadily increased. People are quick to knock social media as a waste of time, but I can tell you that the small amount of accomplishment I felt with every successful post was enough to prevent me from dwelling on the loss and feeling down.

Normally not having many followers means you won't get many likes. But the photo community had an answer for that. Almost every day of the week had an open photo theme anyone could post to using a hashtag and mentioning the curators of the theme. Prompts such as #MonochromeMonday and #TransportTuesday were a great way to stay active on a regular basis.

One particular theme I was becoming a regular on was called #LeadingLinesMonday.When one of the curators stepped down there was a call looking for anyone who might be interested in joining on to help. The task simply involved clicking the hashtag or checking your notifications for users submitting to the theme. We would each try and cover a share of the posts and give them an encouraging comment when appropriate. I ended up drawing the line on commenting on every post after seeing my 1000th photo of uninspiring power lines.

Being part of one of the photo theme teams made me a recognizable face around Google+. It also gave me a great deal of confidence. This confidence and drive to improve finally got to the point where I tried my hand at second shooting a wedding with my wife. We really enjoyed shooting together and I got better with each wedding. Before I knew it, I was able to capture good photos anyone would be proud of and completely shed my fear of photographing people.

One thing I was never able to get involved with was some very large photo walks. I had never even heard of the idea, but the photos and stories from those involved made it seem like an amazing time.

Another thing that took place on Google+ that really deserved attention was the Scavenger Hunt. Photographer Chrysta Rae started a photography scavenger hunt of sorts where 500 users would sign up to shoot a list of the same 10 prompts. A panel of respected judges would then select anonymous photos based on quality and creativity. The photographer's names were always hidden until the very end so there would be no bias. This photo game was very special in the way that Rae was able to rally all of the participants to swarm through and comment on almost every photo. Photographers of all levels were greeted with encouragement and praise. There was almost a family or summer camp feel to the whole thing.

One of our newer writers, Brian Matiash, was active on the social network and was introduced to another talented photographer Nicole S. Young through Google+. They ended up getting married and hold a special place in the magic history of Google+ and the effect it had on bringing together many of its users.

I was touched by the number of tribute posts on Facebook upon the announcement of Google+ shutting down. Many photographers, like me, credit Google+ for helping them to grow into the photographers they are today. I hope that some of the ideas and features that seemed so loved can find their way to another network with a longer half-life. This Facebook post by former Fstoppers writer Michael Bonocore hits the nail on the head. You can really see the impact the place had on people in the comments.

I'll be saying farewell to my largest social following of over 50,000 and a mind-boggling but hard to verify 2,000,000 views via some being featured as backdrops for Google Chromecast. At the end of the day maybe the active photo community was only a few thousand strong, but it was enough. I was happy to be a part of it all and thank Google for trying its hand at a true social network built around a positive user experience. 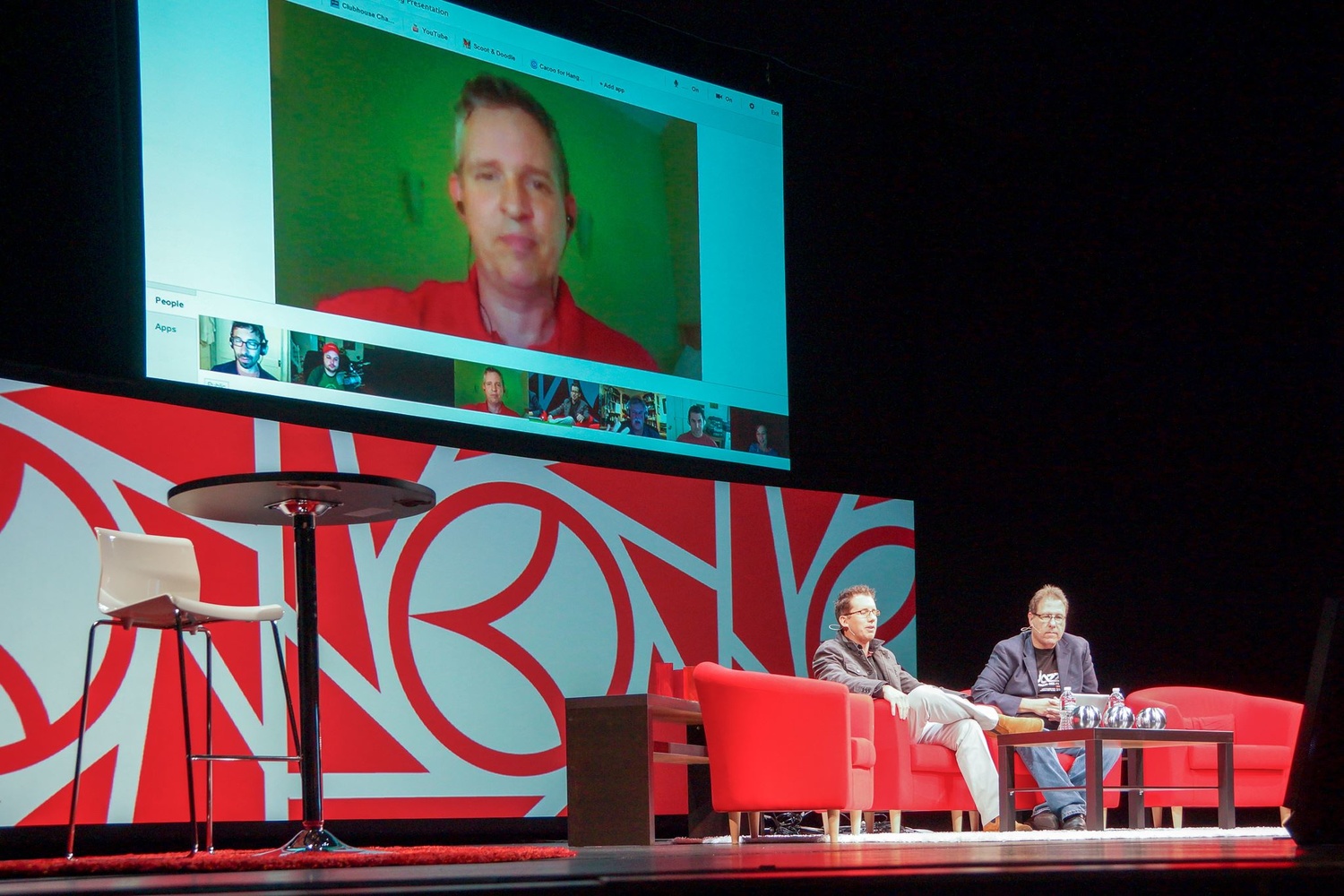 Trey Ratcliff and Scott Kelby pictured at the one and only Google+ Photography Coherence. Photo by Brian Matiash.

So with the official announcement of Google sunsetting Google+ as a consumer product an number of memories and questions remain. Was it truly some sort of online photography renaissance we were part of or simply a number of lucky people in the right place at the right time? Will another network pick up the ball and run with some of these ideas and feature that made Google+ stand out as a destination for photographers? I'm looking at you Flickr, or maybe even Ello. What do you think? Was this the best shot photographers had at an alternative to Facebook?

Opinion / April 30, 2017
Don't Leave Behind Your Sense of Adventure in the Age of Google

Well, the problem with Flickr is: There's just photography. :D It's no Social site per se. Which is also a good thing, you have to focus on images. I guess, for those who just want to interact with friends and share some images will meet on FB or elsewhere.

I enjoyed your photographic development too, before our ways parted.

Besides, Smugmug will listen, as now we're more clients than data producers for them. ^^

I'm always amused by the "X platform is dead" discussions, since many of them seem to circle on the premise "I didn't find platform X was to my taste, therefore nobody ever used it." Certainly there is a consequence to network effects that lead to the One Biggest Platform, but I'd hope people can see that doesn't make it the best platform for everyone.

And the Scavenger hunt lives on and will live on. Round 24 is wrapping up and Round 25 will be starting up in January.

That's truly amazing! Congrats on taking the reigns. What are your plans post G+?

Anyone on Ello.co ? "The Creators Network"

https://ello.co/mbstuart I like the interface and features but the foot traffic is lacking.

I want just make some integration to the article:
- HangOut: it was not only for photographer but also for Science, one example for all: CERN (yup who invented the web), has used it to speak, spread to world what they are doing every week organizing also meeting focus for schools;
- Google+ Plus Marathon: photo marathons have a huge push to grow thanks to G+;
- Images: the integration with Picasa and the possibility to view images at "high" quality (or at least to a good quality for the device used at that moment) and without stripping all exif+copyrights datas;
- Last but not Least Circles: yes the concept is great, the same of real circles we have in the real life, the circle of the bar, the circle of friends of the saturday night, the friends of the sail boat... they can interact, but not necessary I'll speak with one the same with another.