What Do You Do If a Polar Bear Asks to Borrow Your Camera? Shoot an Award-Winning Image

This remarkable image of a polar bear peering into the viewfinder of a Nikon D850 by photographer Roie Galitz was one of the winners of the ROAM Awards. What does it take to get an image like this, and when it comes to polar bears, how close is too close?

Israeli-born, New York-based Nikon Pro Roie Galitz has got to be one of the busiest photographers in the industry. If having four children weren’t enough, he also runs four companies, one of which leads photography expeditions into some truly remote locations. And when he’s not busy, he’s also an ambassador for Greenpeace.

“When you’re working at -40 degrees centigrade [-40° Fahrenheit], it’s all about core temperature,” he tells me casually as we discuss why I’m not a fan of ice climbing. Having been to Svalbard 12 times, he’s come to love this freezing part of the world and has a level of access to the region’s fauna that few others are granted. This little cluster of islands sits between Norway and the North Pole and is a favorite breeding ground of reindeer, Arctic foxes, bearded seals — and polar bears. Not many are allowed to take groups into this delicate ecosystem, but thanks to years of filmmaking, Galitz’s credentials get him access that others only dream of. 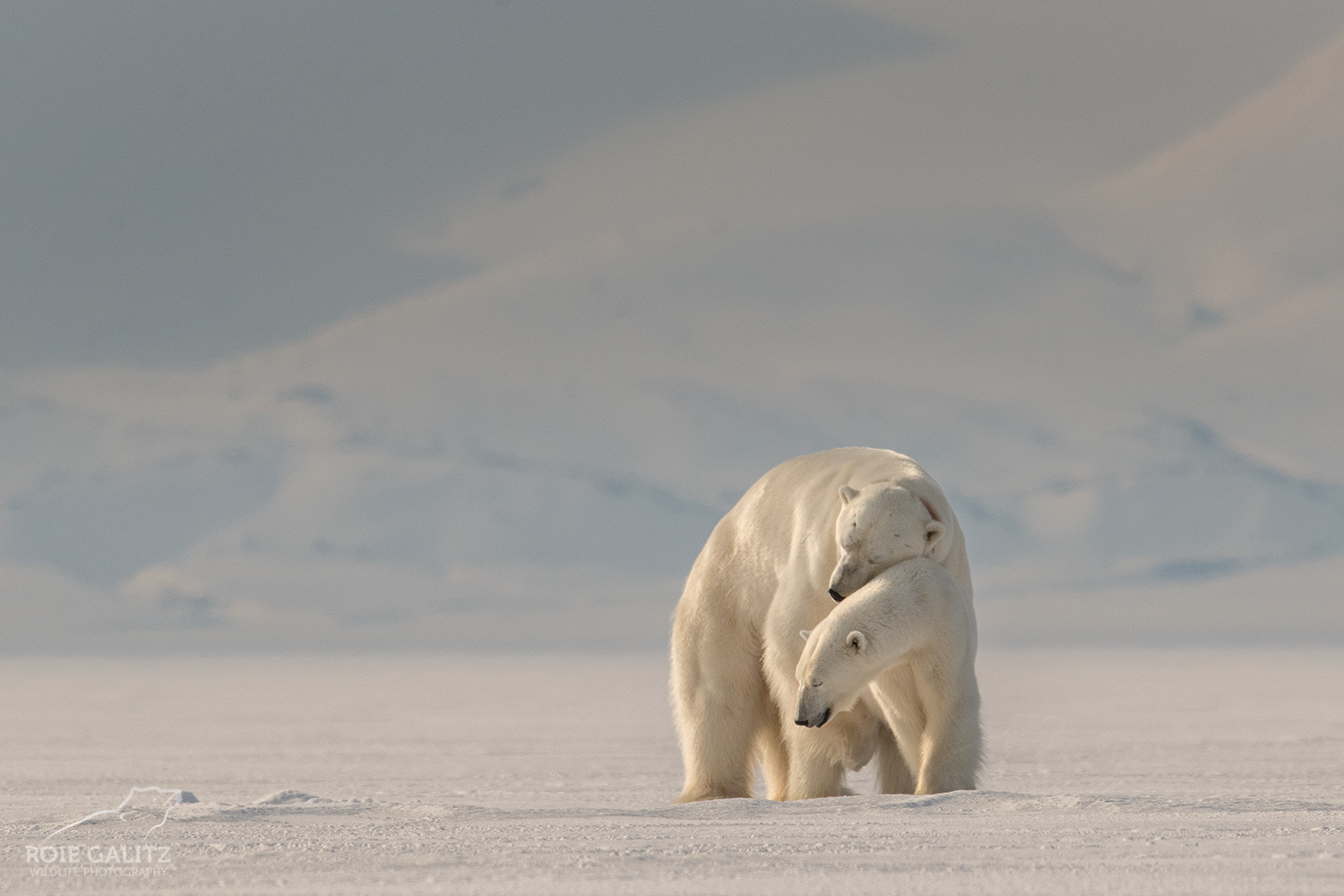 Polar bear romance is a complex process. A week of trust-building culminates in several days of mating involving mounting that can last for more than two hours at a time. Despite this, it's very rarely witnessed. Images courtesy of Roie Galitz.

Catching polar bears mating is not something even regular visitors to Svalbard are likely to see. Despite this, Galitz has been fortunate to witness it twice, and it was the second occasion that led to this remarkable photograph. “After two days of mating,” Galitz explained, “the male got up and the pair went their separate ways.” Galitz was leading a group of three photographers at the time, and they were constantly aware that they might need to give the bears some space. Lit by the low sun, the male suddenly started wandering across the fjord towards them.

“Polar bears are really smart animals, and they’re very curious as a result. This male knows people, and he knows what humans are, and maybe he was curious about all this weird gear we were holding and seem to care deeply for.” 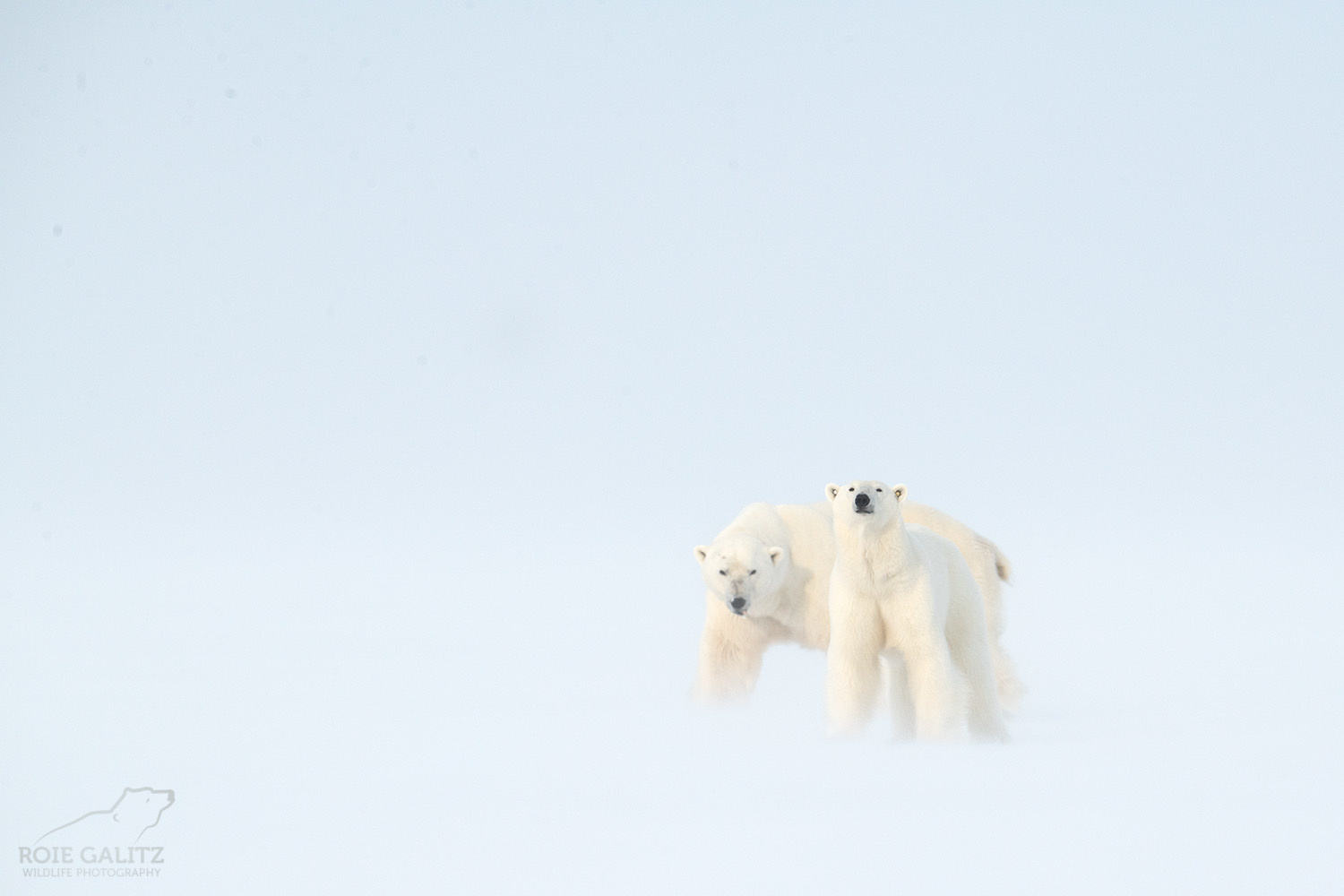 When a polar bear starts heading in your direction, you don’t hesitate. If you have enough time, you evacuate and carry everything with you. In this instance, it happened so fast that they had no choice but to leave some of their gear behind. The group jumped on their snowmobiles and put some distance between themselves and the inquisitive creature. Galitz’s expeditions carry guns, flares, or bear spray, but have never had to use them: if you’re close enough to be attacked, you were already too close. “We avoid trouble in the first place,” Galitz told me. “We don’t want to disturb or confront them.”

After a rapid escape, the group watched — and photographed — as the bear checked out their array of tripods and cameras. It’s not clear whether the bear is a Nikon fan but he gave the camera a gentle lick and Galitz grabbed his award-winning image before the bear continued on his way.

For Galitz, the visibility that he can give to these animals is worth more than any prize. As a Greenpeace ambassador, he works hard as an environmentalist to draw attention to the environmental changes that he has witnessed first-hand. “In 2014, I arrived in Svalbard for the second time and I saw the difference. It was mind-blowing. You read about it a lot but it doesn’t sink in that it’s happening this fast,” he told me.

This was the trigger that led him to approach Greenpeace to ask about becoming an ambassador. With a production company that specializes in filming in extreme locations, and as a public speaker at a wide variety of events — and as a commentator on television and in print — he felt he could have an impact and now works regularly in environmental diplomacy.

Galitz is a keen competition participant and has been scooping awards that have helped him to his position with Nikon. “By 2015, I’d shot some great images and thought I could be an ambassador, so I applied,” he explained, “but they said no. I asked why, and they explained that it was because I didn’t have enough international credentials.” Galitz wasn’t immediately sure what that meant, but soon realized that winning a host of awards could give him the CV that he needed. “I’m a pretty stubborn guy. If that’s what it takes, that’s what it’s gonna be.”

Winning the award from ROAM was one his prouder accolades. With a judging team made up of the likes of photographer/filmmakers Jimmy Chin and Renan Ozturk, not to mention the likes of legendary explorer Mike Horn and professional climber Sasha DiGiulian, and artists like Rhonda Rubinstein, Andy Mann, Chase Jarvis, Jody McDonald, Cory Richards and Chris Burkard, their expertise is unparalleled. “Not only that, I felt a great embrace from their team which is unusual in this world of photography competitions,” he told me. “I’m really grateful for their support.”

Of course, for every competition that he wins, there are countless others that he doesn’t, but Galitz is very philosophical about rejection. The initial knock-back as an ambassador for Nikon was a valuable source of motivation. “Getting a no can be better than getting a yes,” he explained. “No is a powerful tool which you can use to push yourself further.”

You can see more of Galitz’s work on his website and be sure to follow him on Instagram. Galitz is an ambassador for Gitzo and G-Technology, and you can see more information about his expeditions at phototeva.com.

Have you ever had a polar bear run at you while photographing? Would the bear have been a little less gentle if he'd discovered the group was shooting on Sony? Leave your thoughts in the comments below.

How's the saying about how to handle bear attacks go?

He's braver than me.

Ha. Not heard that one before. Wise words.

I can take a picture of this guy fighting off a saber-toothed tiger. Is that close enough? 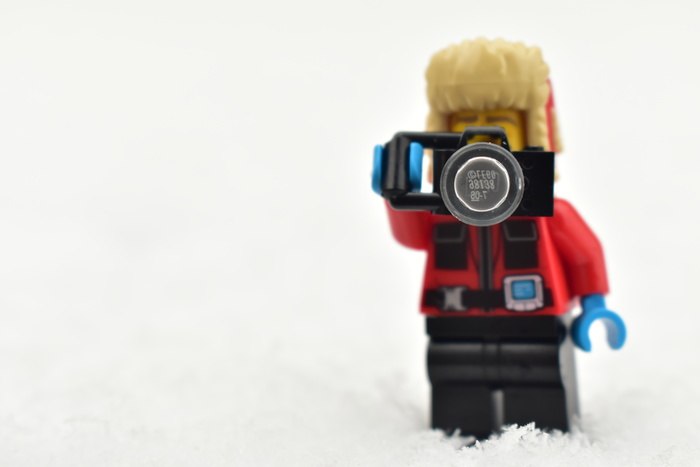 Save one of those lenses for me 😂 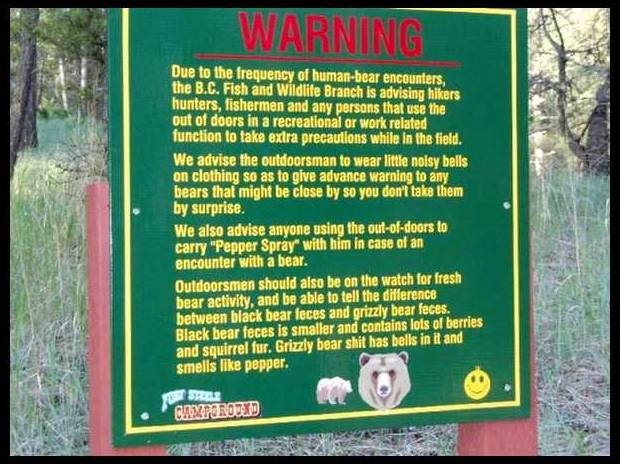 Lol. Was about to lay into that sign for misusing quotation marks and the assumption that everyone who works outdoors must be a man. And then I got to the final paragraph.

I came across that a long time ago on the internets tubes. It stuck with me because it's funny and I spend most of my vacations in grizzly country!

You left out the part where the photographer died trying to get the model to sign the release form.

No close ups from the other body with that wide angle lens on it? If that one was facing that tele, that would be a stalker winner :) Happy shooting

I don't understand why this is being praised. When you let this happen, you've been too close from the bear in the first place.

No this is way too close:

Dang this bro must have balls of steel!

Glad I'm not the only one to think it's old news!

Though I see beautiful photos. Why not leave those animals be. This is just waiting for shit to happen and when it does. It's either dead photographer or dead polar bear. All that for making a photo. Plus your invading their habitat! We have nothing to do there

What an experience! I'm very jealous!

Was he using a polarizer?

Can I borrow a armoured fighting vehicle to photograph bears. That should be a safe option. I would probably crap myself. The most dangerous wild animal in the Netherlands are probably badgers and good luck seeing one.