Last week I traveled to Utah to shoot the athlete that landed the first ever double backflip on a downhill bike. Upon arriving at the Red Bull Rampage site, my mind was blown witnessing the extraordinary things these athletes are capable of. This trip has taught me more than any other sports photoshoot I have ever done.

Shooting action sports is something that has always interested me, it is actually why I picked up a camera. The limits these athletes push is nothing short of amazing. I recently had the opportunity to shoot Antoine Bizet, a young rider from France that has been making a big name for himself in the action sports world. I have shot pro riders in both mountain biking and motocross, but Antoine was definitely the biggest name I have had the privilege to shoot.

My friend Lear Miller and I packed a truck full of gear, left Phoenix, and headed to the Red Bull Rampage site for 4 days. I spent several 12 hour days building jumps and shooting on this fascinating location. This is what I got out of the experience, what I learned, and my advice to think about when shooting sports.

If there were one piece of advice I would give to someone wanting to shoot sports, it would be to learn the sport you’re shooting. I can’t stress this enough if you want to be taken seriously in the community of that sport. I am constantly learning about the sports I shoot, and have learned that there are unspoken rules to shooting each sport. Timing is everything. A half second can make a huge difference in rider or bike position, and can either make the shot of the year, or a shot that no one cares about. And all sports have these “guidelines”, skating, mountain biking, BMX, motocross, golf, basketball, football, dancing, ect… The best way to learn these rules is to talk to the athletes, they usually know what looks best. Or ask other photographers who are knowledgeable and established in their field.

I have yet to shoot a rider at this skill level. All the tricks Antoine is capable of doing were a little bit intimidating to shoot. I mean the guy goes huge. Lear (a pro mountain biker and photographer) was a big help on giving me insight for shooting on this trip. He would explain to me at what point I would want to capture a certain trick. You would think the timing for most tricks would be self explanatory, but I was surprised to learn a few things. Like when shooting a front flip its best to shoot when the rider is a quarter rotated and not just when they are upside down. Perspective is so important for certain tricks, like learning thar most of the time superman’s look best from an angle more to the side and not from behind. 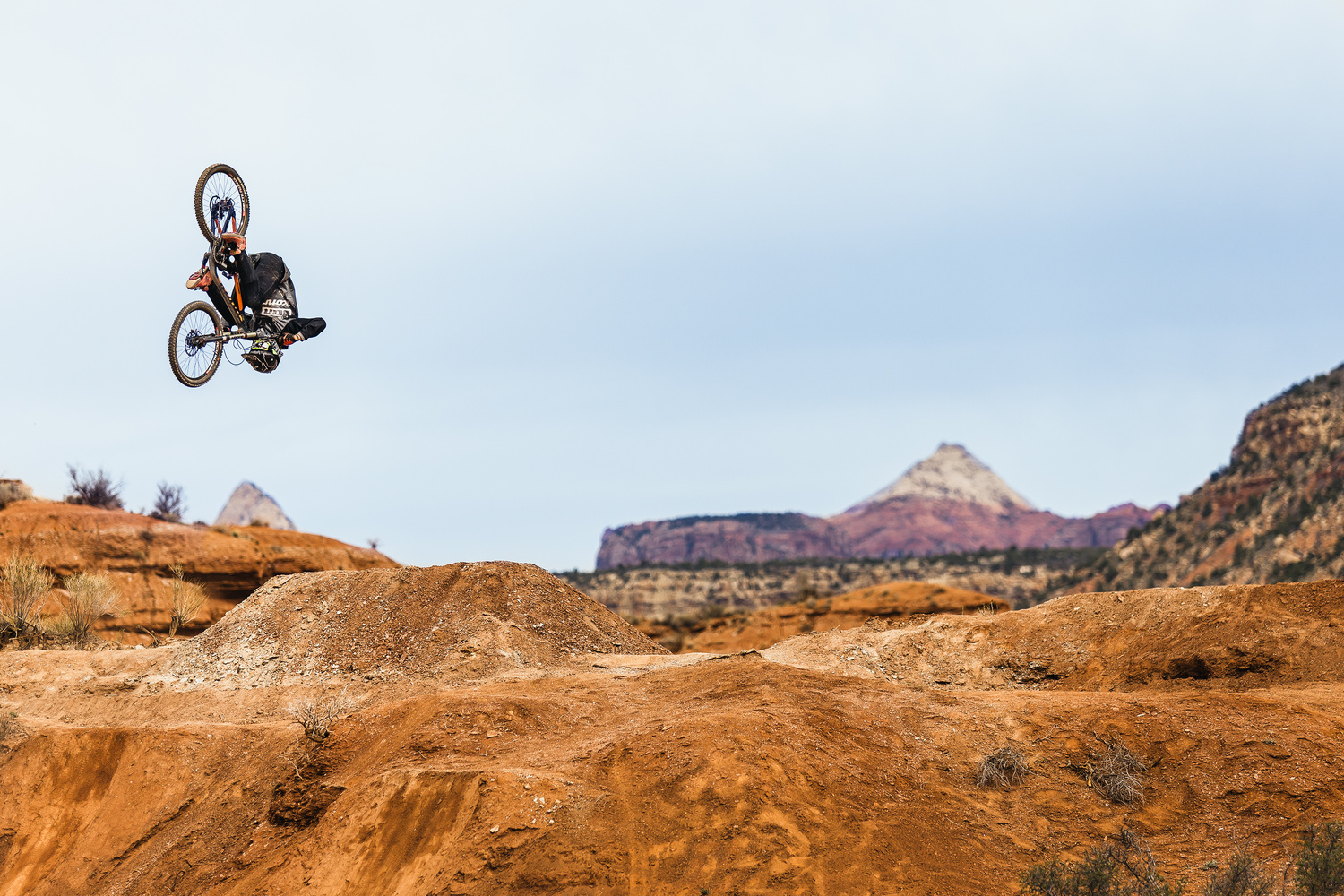 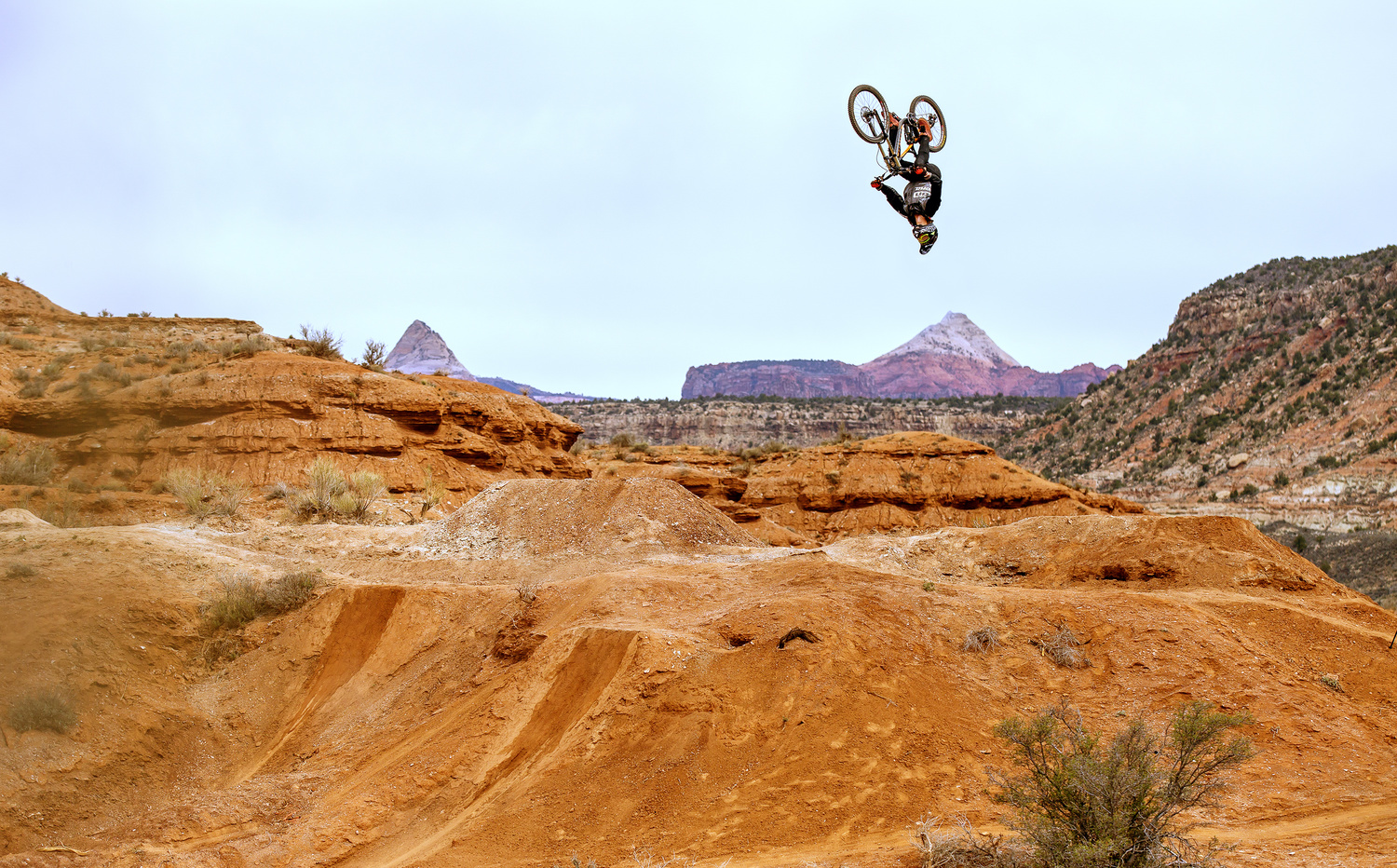 Knowing When to Show the Environment

I found myself wanting to shoot really tight as I usually do with the rest of my work. In my sports work I usually like to frame things relatively tight, and not leave much outside of the rider. Most of my work is shot in Phoenix, which is considered somewhat boring for motocross and mountain biking compared to the rest of the world. I would come to realize I was forgetting two things --

This can be more difficult than it sounds though. It can be a challenge trying to make sure the rider doesn’t blend into the background, you have the background you want, the light looks good from the perspective you want to shoot, and that it’s the best angle for the trick the rider is doing. This is what challenged me most. I would move every 5 minutes until I was satisfied with the composition. I would lie down, climb a cliff, or walk a 360 around the area Antoine was doing his trick. I would find a good spot for showing the environment, but then Antoine would blend in. It took a lot of experimenting and moving to showcase the trick and the environment. Don’t be afraid to constantly move around, and try new perspectives. It’s amazing how much difference 10 feet to the right, or standing up vs. lying down can make at 200mm. 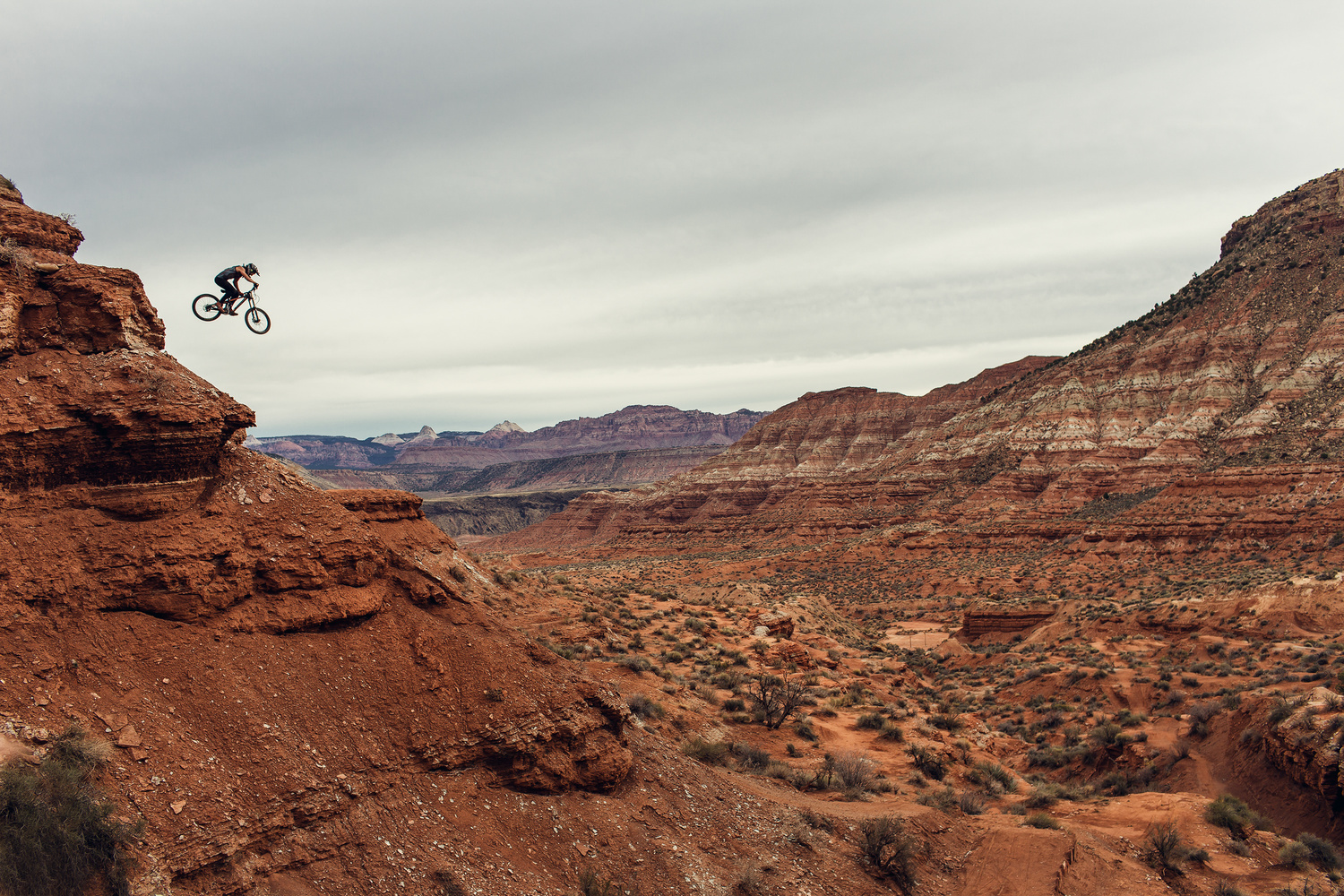 Elevate your Rider and Believe in Them.

This is one thing I have overlooked and never really considered until this trip. You as the photographer can have a huge impact on how far the rider pushes themselves. This is a fine line though, for a couple reasons -- 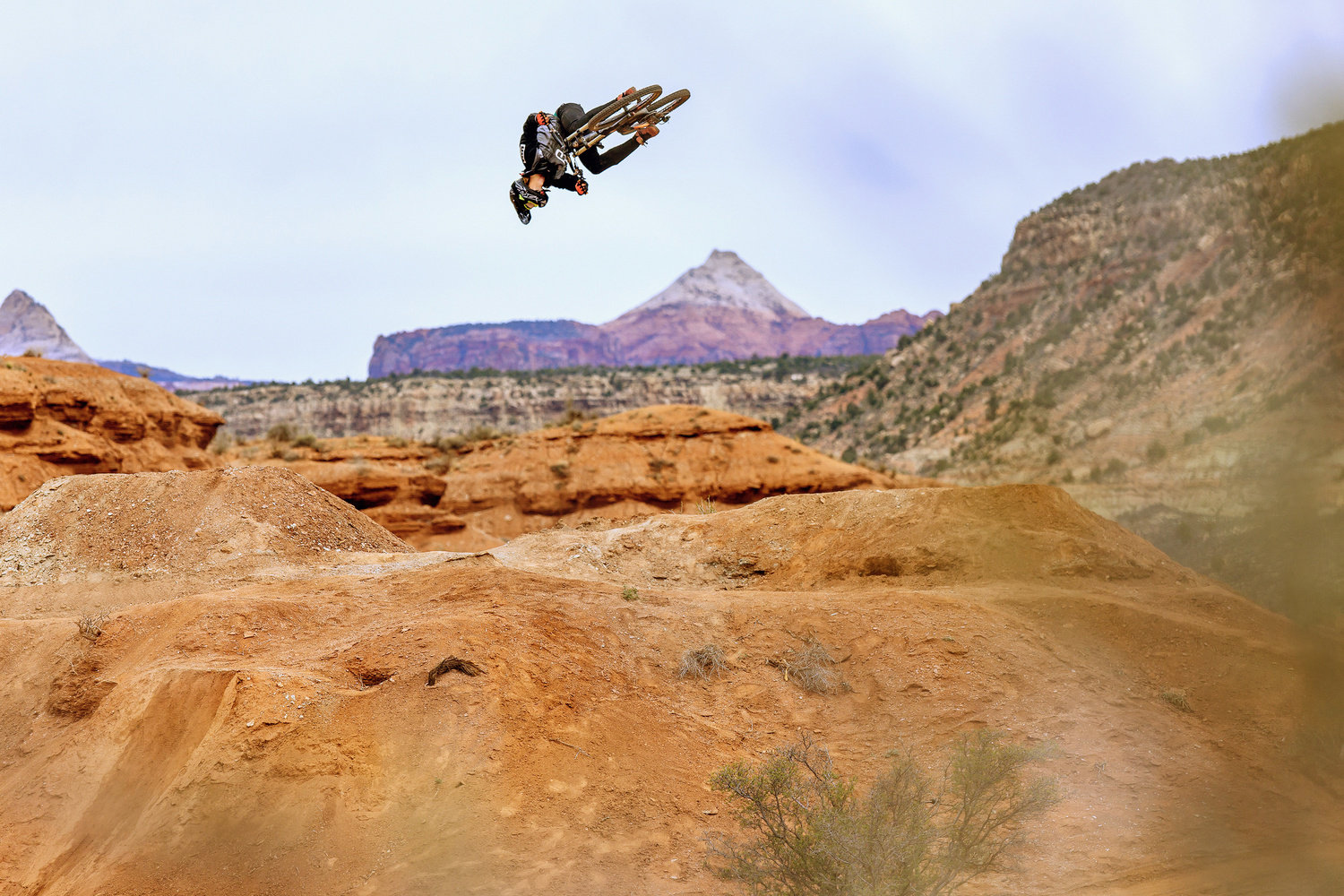 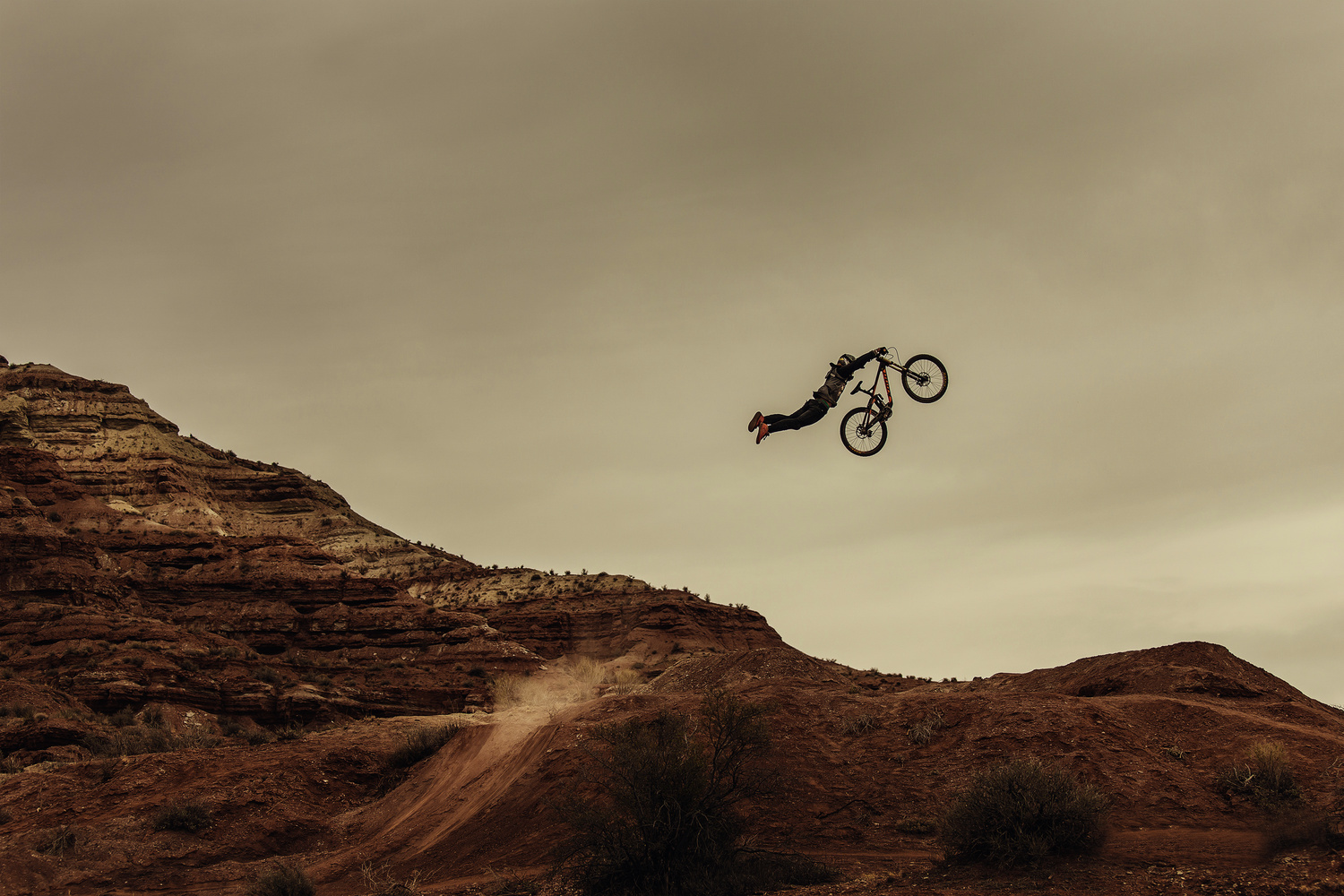 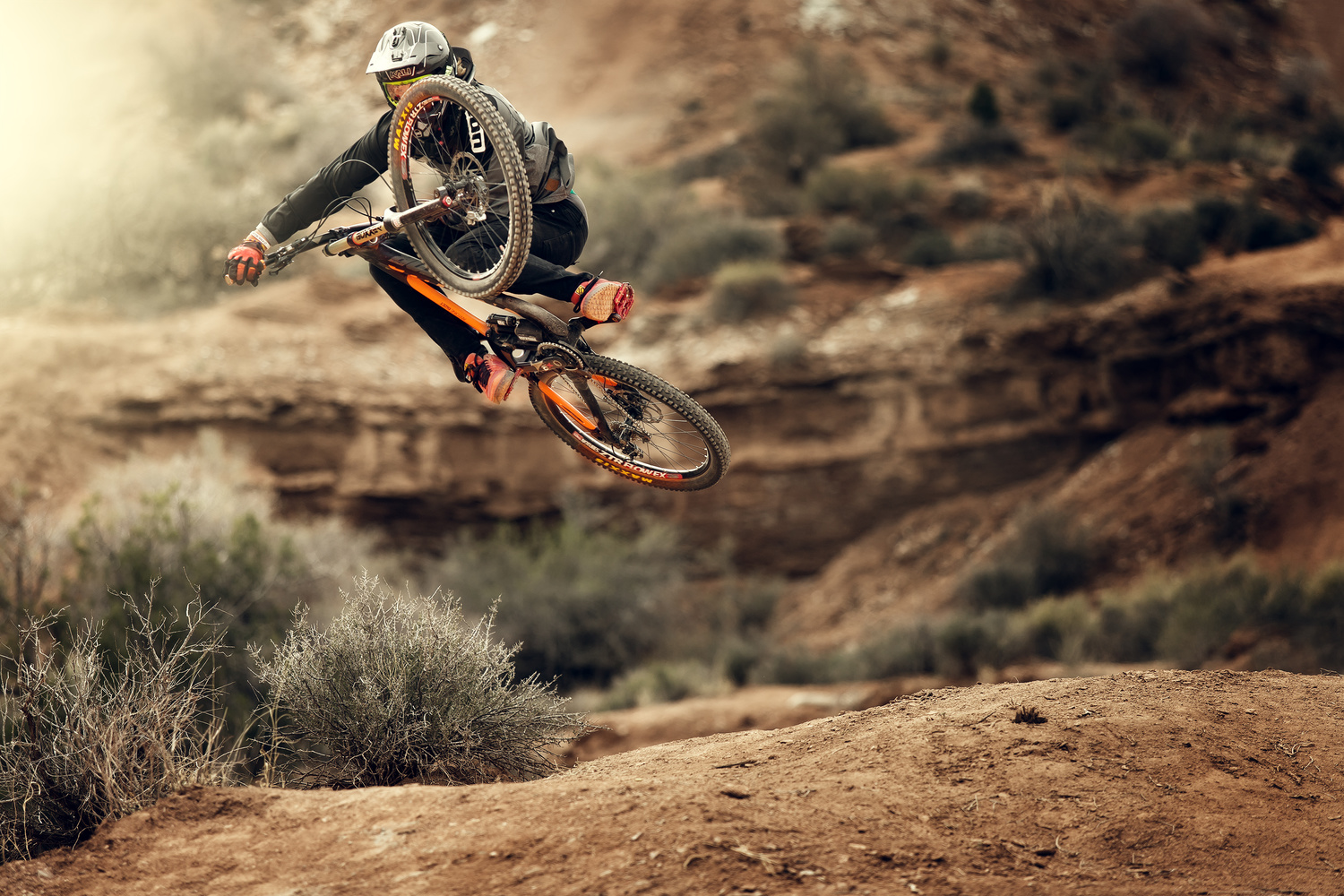 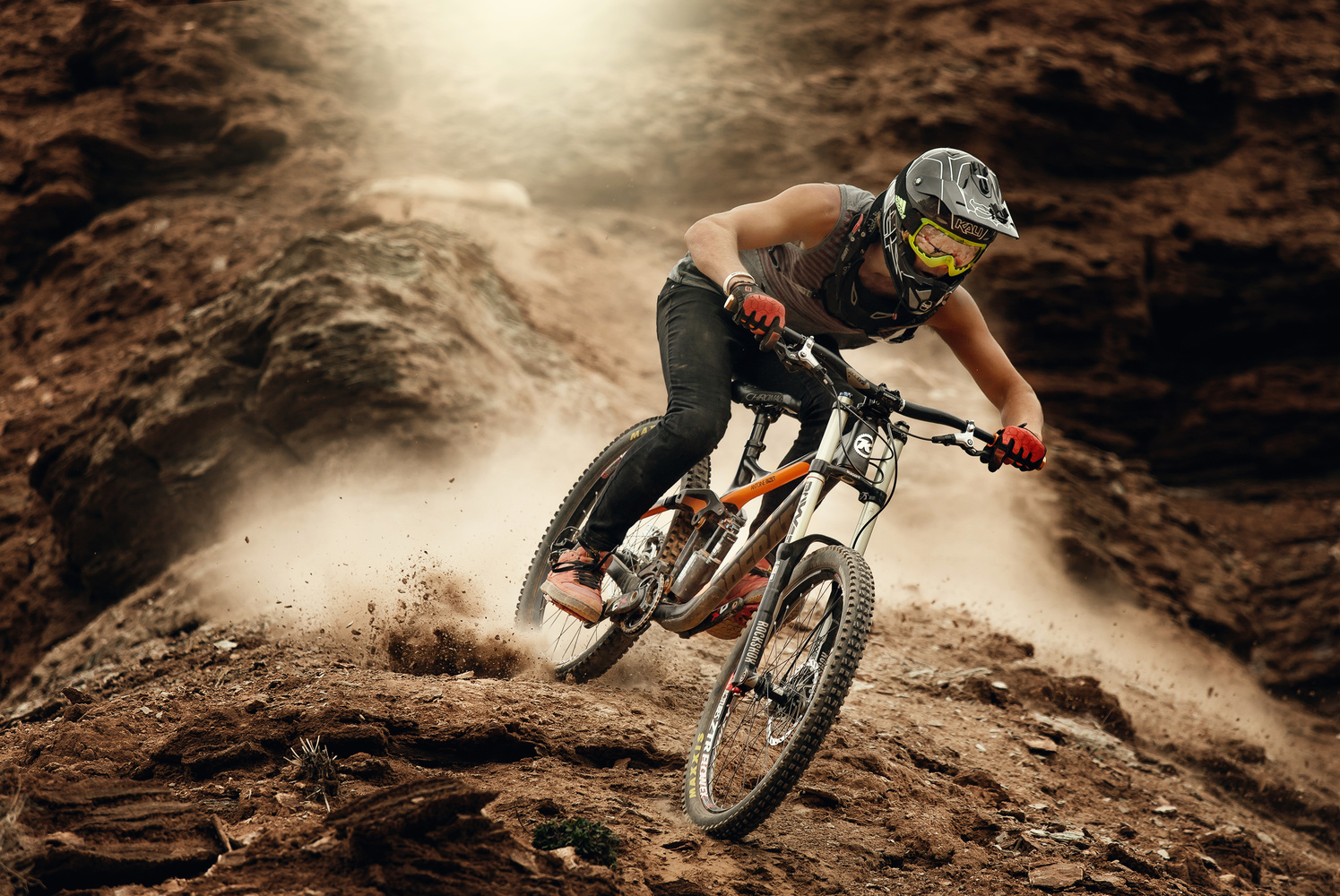 Challenging Yourself to Get the Shot

I’ll be the first to admit I am terrified of heights. Watching Antoine drop in on these lines with no fear pushed me to challenge myself. To get some of these shots I knew I had to climb up sketchy cliffs, with limited safety restrants. After returning safely to the ground with minimal blood from falling, and possibly having a heart attack, I looked at my camera and knew it was worth it. No matter what field of photography you have a passion for, don’t let fear control you. Whether it's afraid of climbing a mountain to get a shot, or being afraid to try something new, let your passion drive you, not your fear. 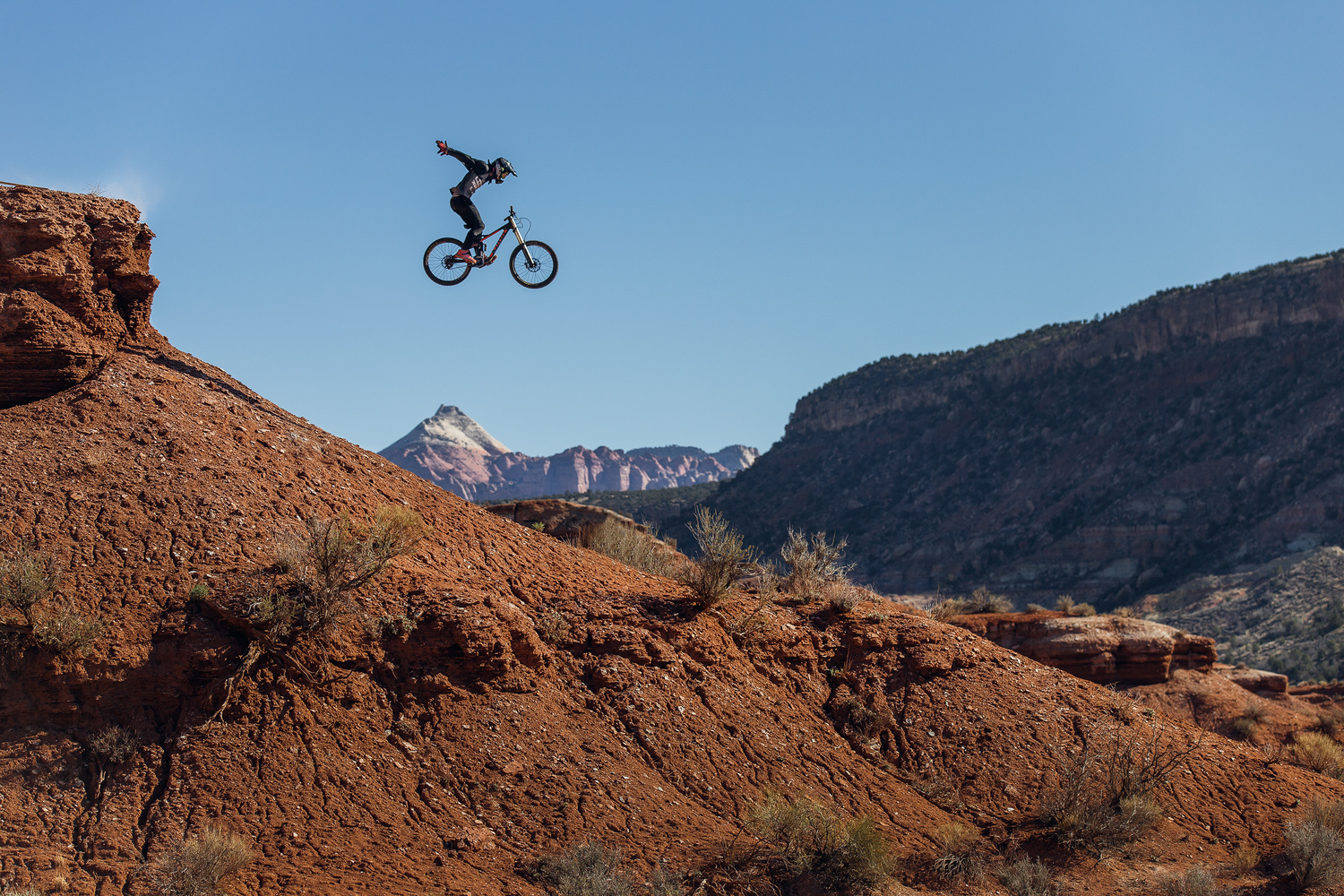 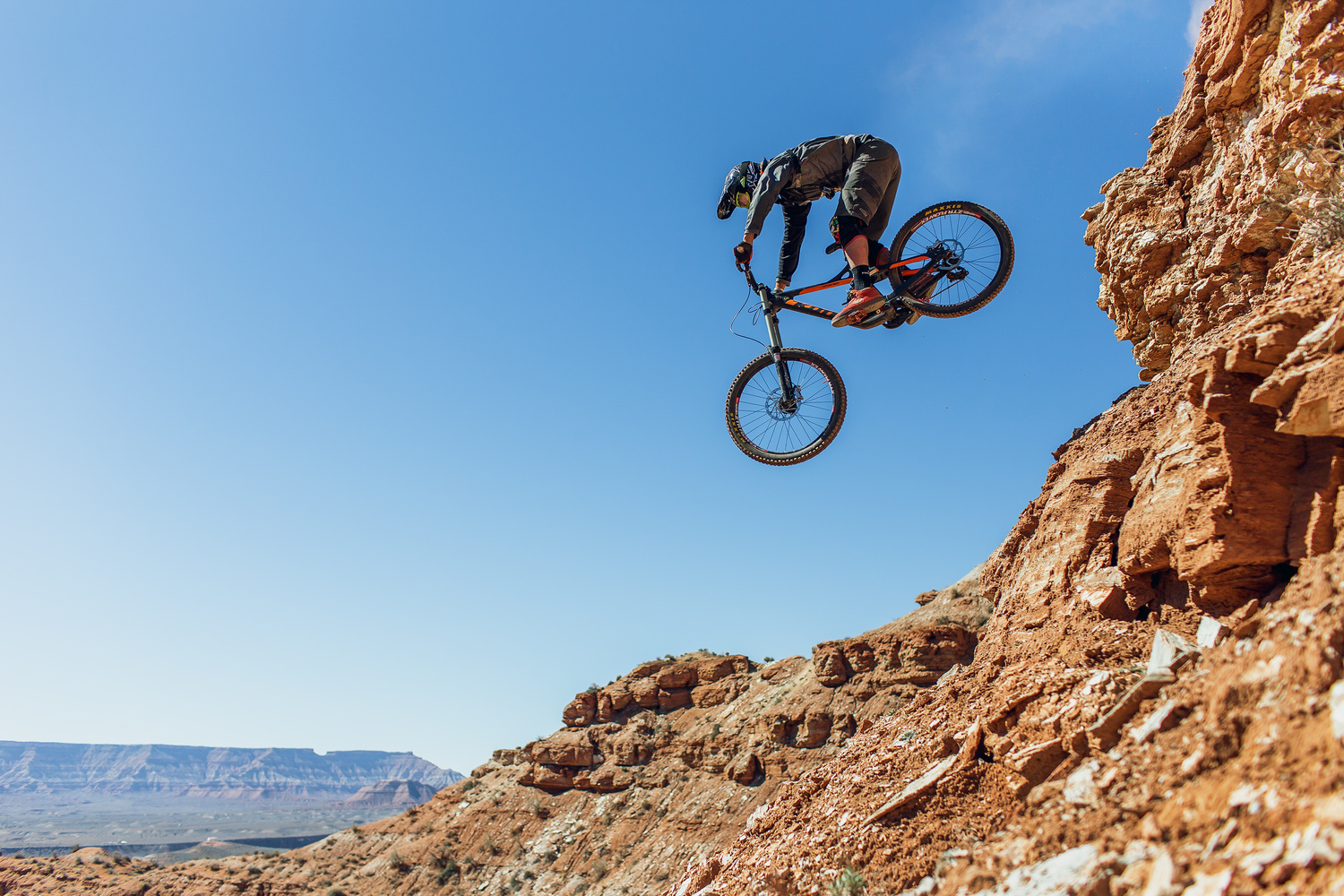 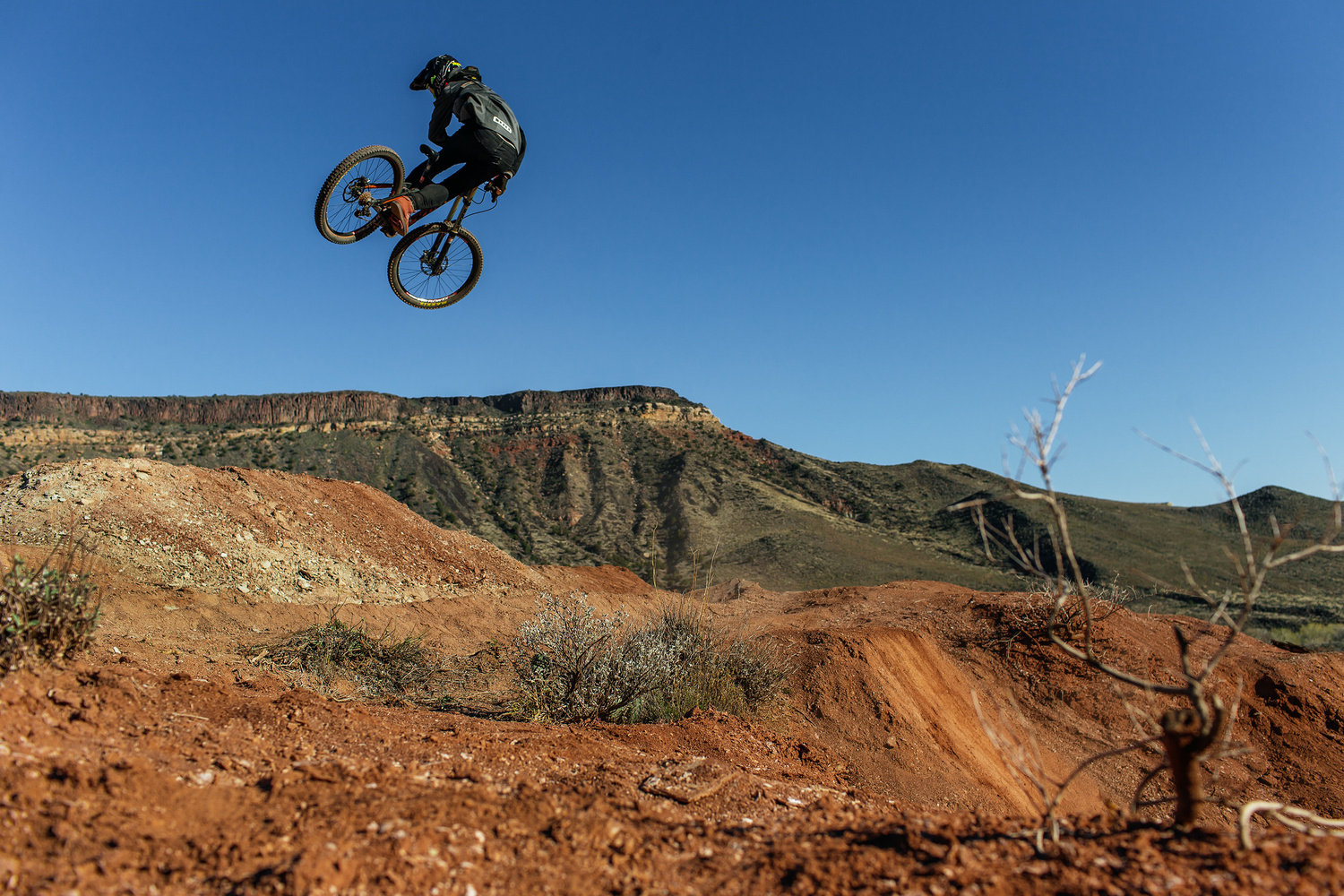 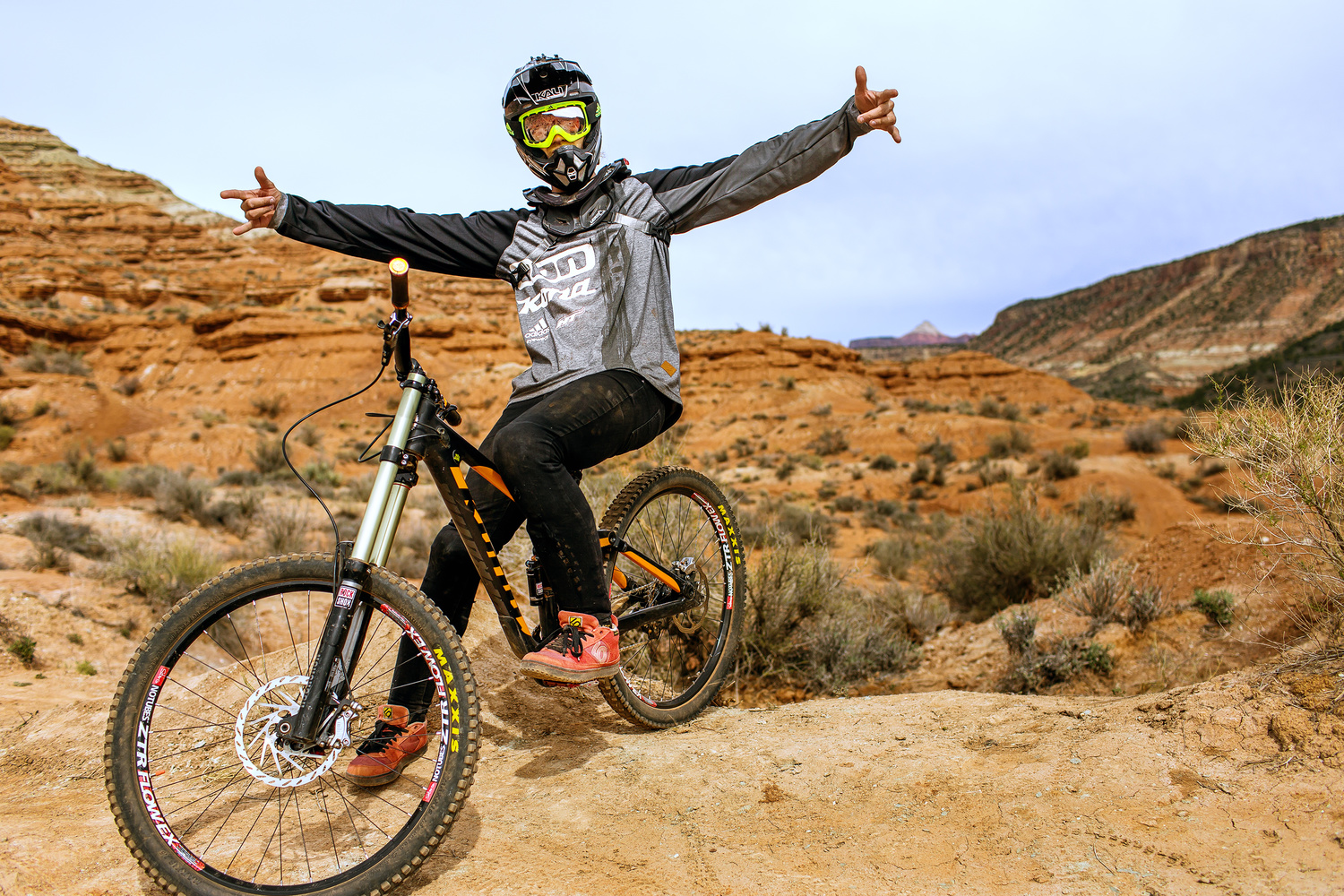 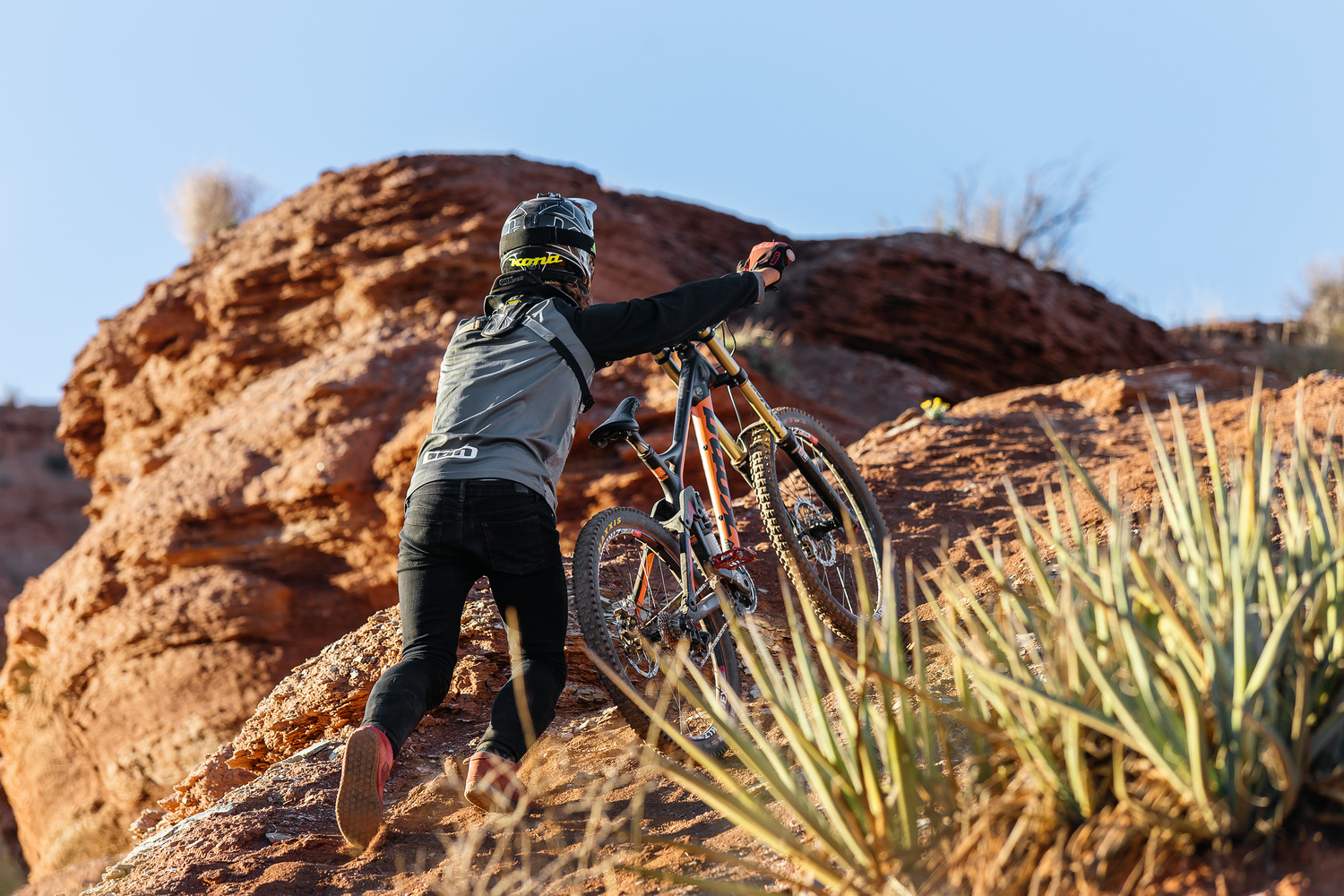 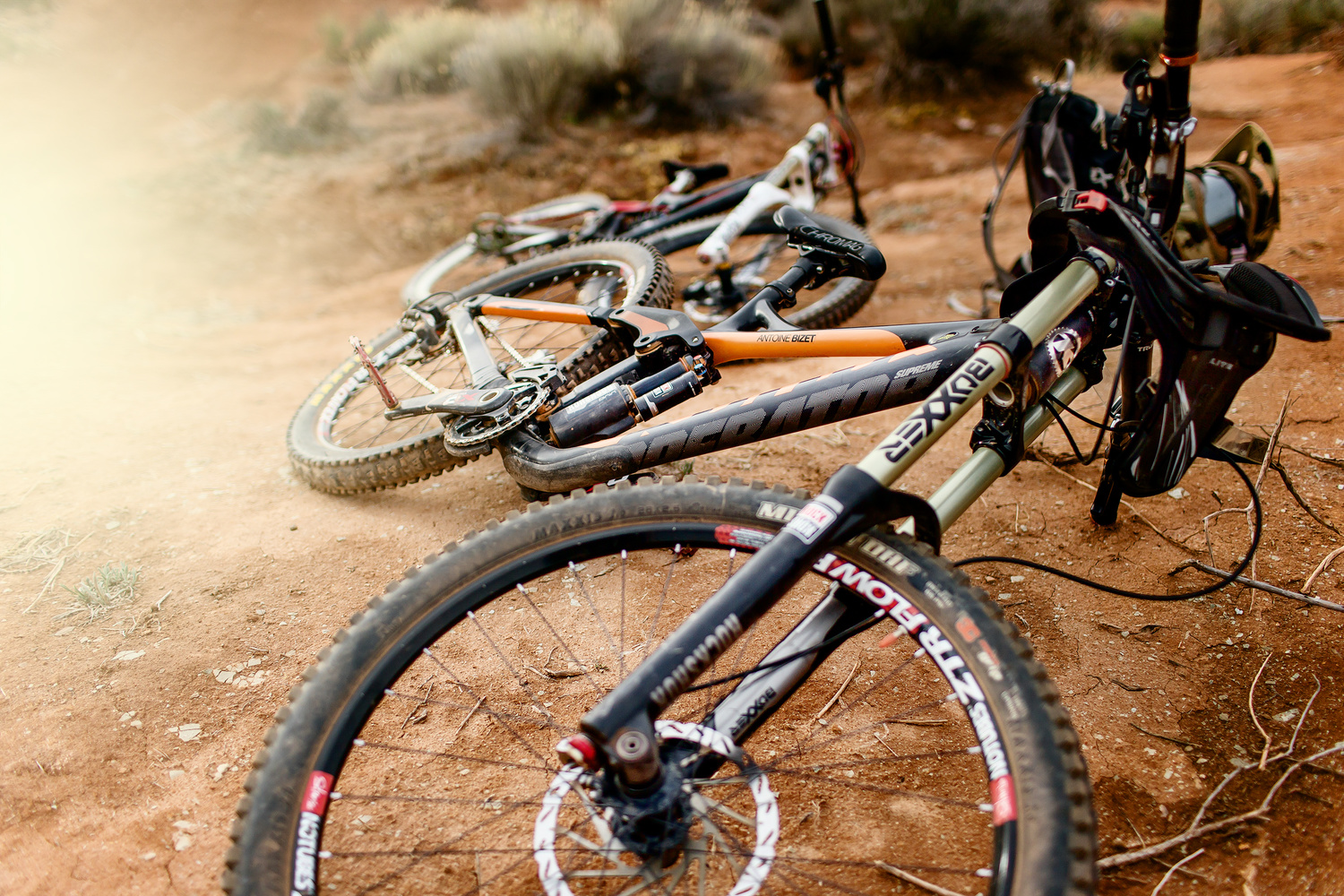 I asked Lear what he got out of the trip and besides wishing he brought more tequila, he had this to say --

I did this trip to experiment and play in the desert, I think laid back shoots like this are always great chances to experiment and try new things. I recently came to learn that the leaf shutter on my fuji x100T can flash sync up to 1/2000th of a second. And wanted to make a point of trying it out on this trip. A camera I never intended to use for sports now has a super unique use of freezing your subject in mid day bright lighting conditions without expensive hss equipment. 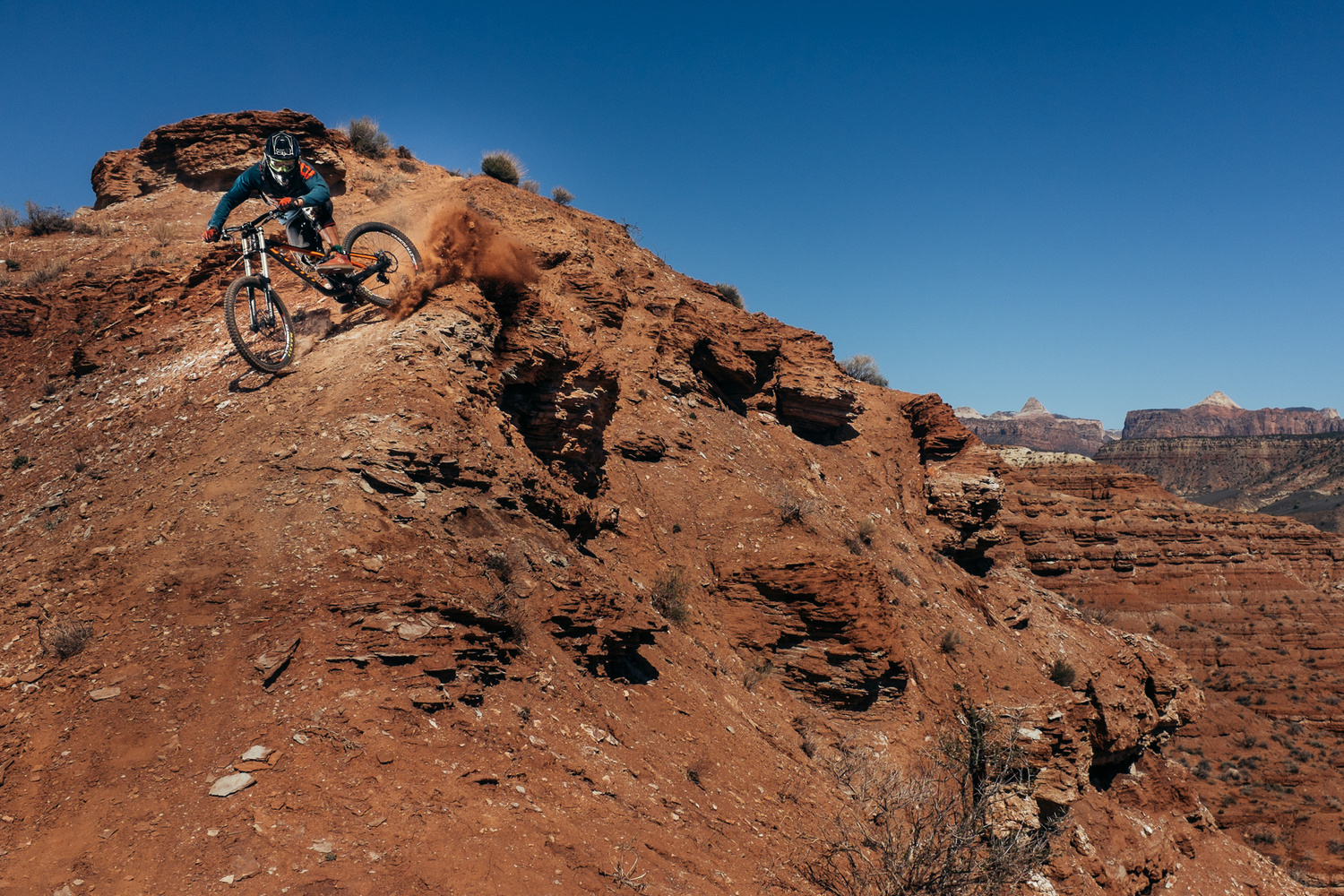 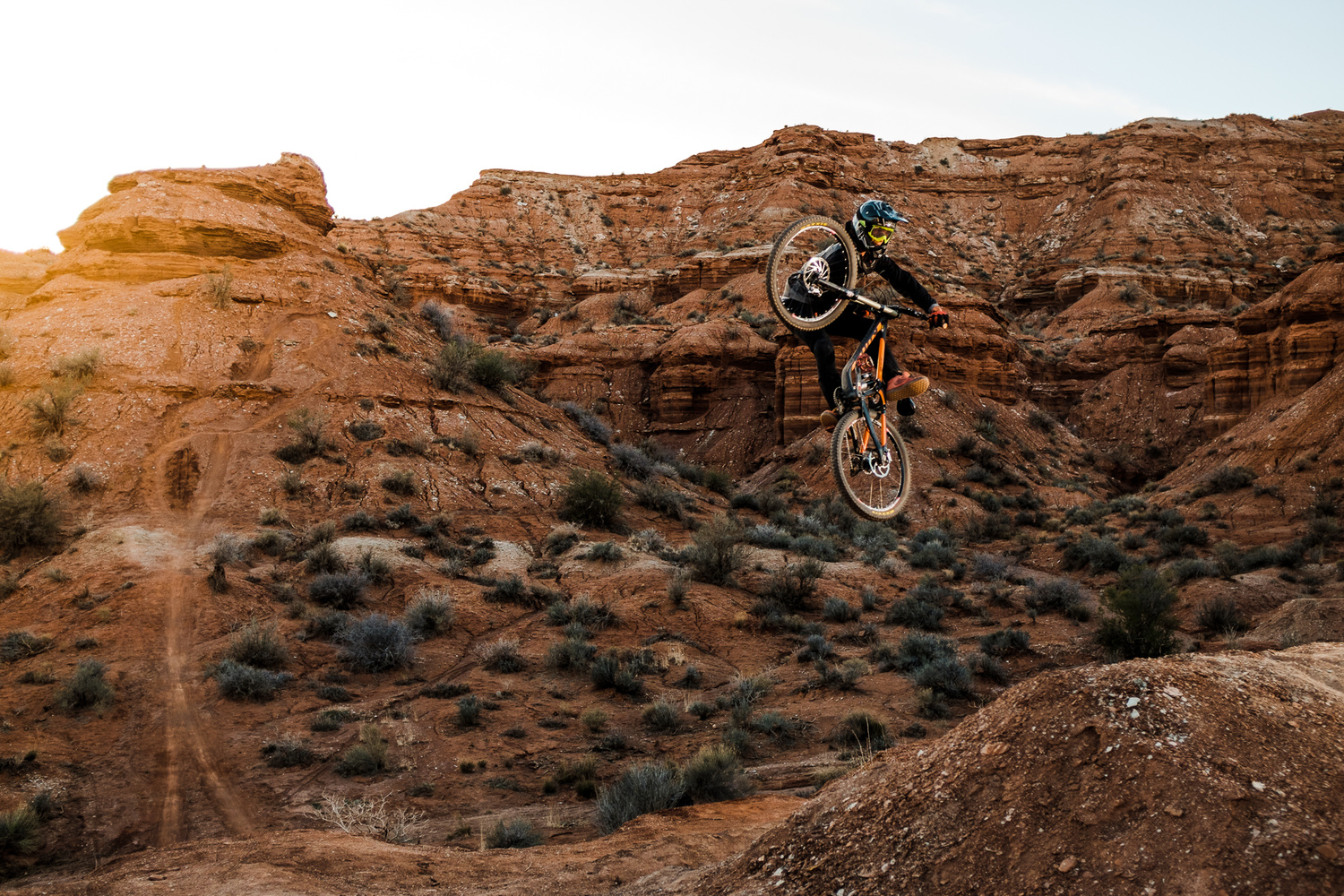 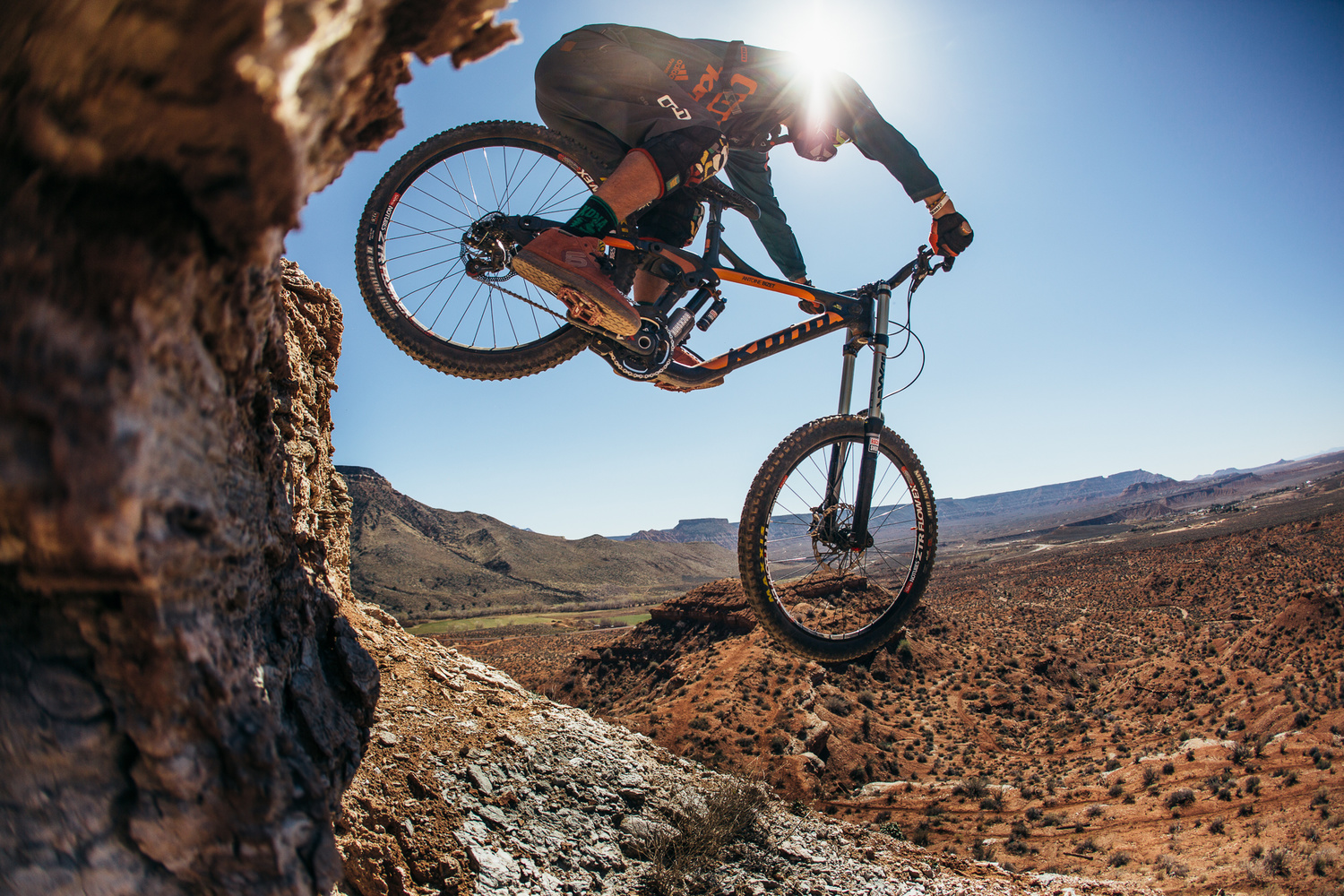 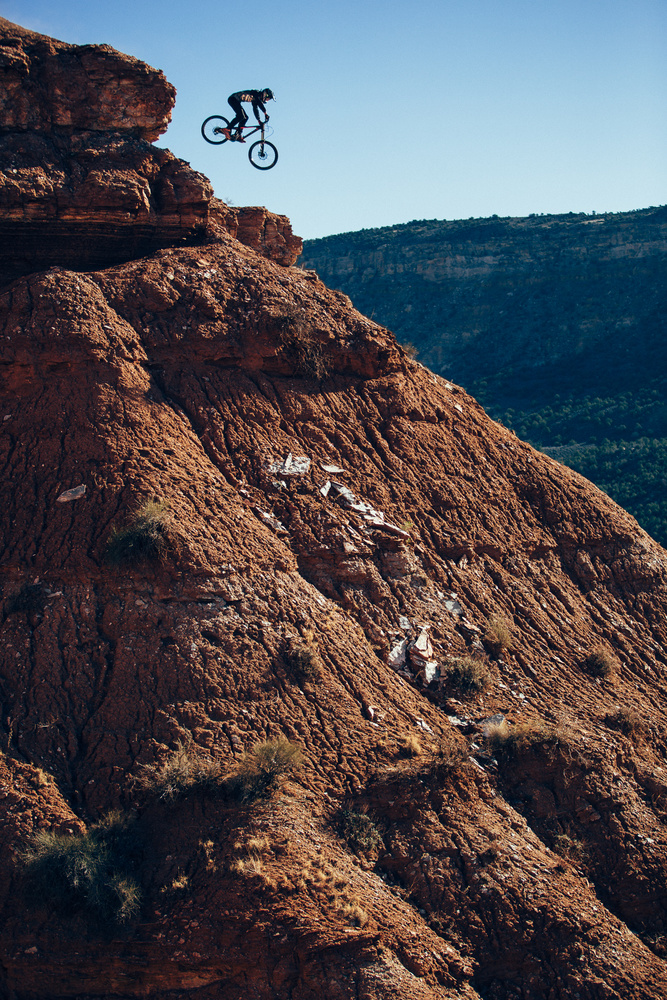 Gear I Used For the Trip

I hope this article was insightful for anyone wanting to step up their sport photography. Please leave any feed back or please ask if you have any questions.

In my upcoming article I will talk about what lenses I like to shoot with, and how important perspective is to create separation so your athlete stands out.

No need for fancy AF and some of the best shots i've ever seen for a while. I've got an EOS 6D aswell, this year i'll be photographing the Baja (all terrain dakar-like racing). Now i believe my 6D is more than capable.
Other than that, and focusing on the article, very inspiring! :)

You can always focus trap too if you know where your subject will be in the frame.

Pretty decent write up. One comment though: I dont think that learning the sport is sufficient. Either you know what the sport is about and you ride bikes yourself, or you stay the hell away. The sport does not need more photographers coming and cluddering up courses on events etc. Newbies are the single worst thing the photography world could see in mountainbiking.

The very best sports photographer in the world was a newbie at one point....

Why would you discourage someone from following their passion? We all have to start somewhere.

Let's take Scott Markewitz for example. Arguably the most successful sports photographer! He started out as a pro skier. I am saying that if you dont have a connection with the sport in the first place, stay away. If you ride bikes and shoot fashion, sure go ahead and take photos of your buddies out riding… I am not discuraging people to start in sports, but its not a place for someone not knowing what every bit is about. I see way too many photos of amateurs that call themselves "pro" in the field that dont show run ins and run outs etc.

Couldn't I just make the counterpoint that I know several photographers who are not avidly involved in biking, and they haven't had any problems? People gotta eat.

That's just as valid as what you said.

A little bit of common sense can go along way in this case. I used to mountain bike and I have always been a part of the skate, surf, and snow scene. In my opinion if your used to being close to the action you can usually anticipate things. You need to focus on whats around you just as much as your subject. Not to mention paying attention to what is happening around the subject. Because what ever can effect them can effect you. (if your super close). Having good instincts and common sense is more important then being an expert at the sport. Granted being good at the sport will help, but its not a deal breaker.

Oh and I forgot. I spent a bunch of time shooting motorcycle stunt riders. Think large event closed course stuff. Its just me and and the rider. Those guys get so freaking close to you, all the while your looking through your camera and your sense of space around you can really get wonky. But anyways. It was my experience with other extreme sports that prepared me for being close to the stunt riding action. But alot of it comes down to trust in the rider.

And like the article said. Believe in the riders.

With that logic men should not shoot women.

Great write up. Thanks for sharing the info. Knowing the sport is definitely a must. Even being an avid mountain biker myself I find it to be one of the hardest sports I've shot so far. Recently I was able to able to tag along with well known MTB photographer Margus Riga while he shot legendary rider Richie Schley for a piece they're working on. I learned more in those couple of hours from Margus than in a year and a half of just shooting MTB for fun. It's a damn hard sport to shoot and make look good.

I forgot to mention that I think these shots are very well done. Nice job.

gotta say you've done a half decent job for someone outside of the sport. Way too many people botch it up just because they don't understand how the sport works. watch out for tires hiding the eyes when the rider does a table!