What Piece of Gear Will You Never Sell?

Photographers can be both nostalgic and habitual, finding a piece of gear they really love and sticking with it for a long time. Most of us have some piece of gear we love and won't ever part with. This one is mine.

I'll be the first to admit that I love gear. I've always been a tech nerd, and I enjoy the gadgetry of photography and seeing what these amazing little boxes can do almost as much as I do the artistic side of it. Several years ago, I saw a photo in a Facebook group that I could tell was unlike anything I had seen before. It was clearly from a long telephoto lens given the compression, but it had remarkable sharpness and an undeniable three-dimensional pop. I'd seen 85mm and 135mm wide aperture shots a lot, and I owned a few lenses of that nature myself, but this was something else. It turned out that it was the Canon 200mm f/2L IS USM lens.

A little background on this lens: if you're a Canon fan, you might know of the EF 200mm f/1.8L. It was a legendary lens, known for its extreme aperture given its focal length, wide-open sharpness, ruggedness, bokeh, autofocus performance, and more. About 8,000 copies of the lens were made, before it was discontinued due to lead in the manufacturing process. Canon released an updated version in April 2008, reducing the maximum aperture by a third to f/2.0, but improving sharpness and adding image stabilization, a great feature given the lens' longer focal length, and thus became the 200mm f/2L IS USM. Given its rugged build, autofocus speed and accuracy, sharpness, and focal length and aperture, it was quickly adopted by sports shooters and photojournalists, also finding a secondary place with fine art portraitists and the occasional wedding photographer. It's the shortest of the Canon "big whites," so named for their light exterior paint coatings that help to deflect heat and prevent the elements from expanding inside.

When I saw that photo, I immediately found other photos made with that lens on Google and became more enamored. There's really nothing that compares to the combination of such a wide aperture at such a long focal length. Then, I found the price, and my heart sank. At around $6,000, my poor grad student budget couldn't even afford to dream of such a lens, let alone afford it. Once I finished a big project for my master's, I treated myself to renting it for three days — big mistake. I was hooked. The photos were just as gorgeous as I had hoped. And unlike most wide lenses, this was stunningly sharp even at the maximum aperture (I mean, notice how every photo in this article was shot at f/2); it begged to be shot wide open. I was awfully sad to put it in the box when those three days came to an end. 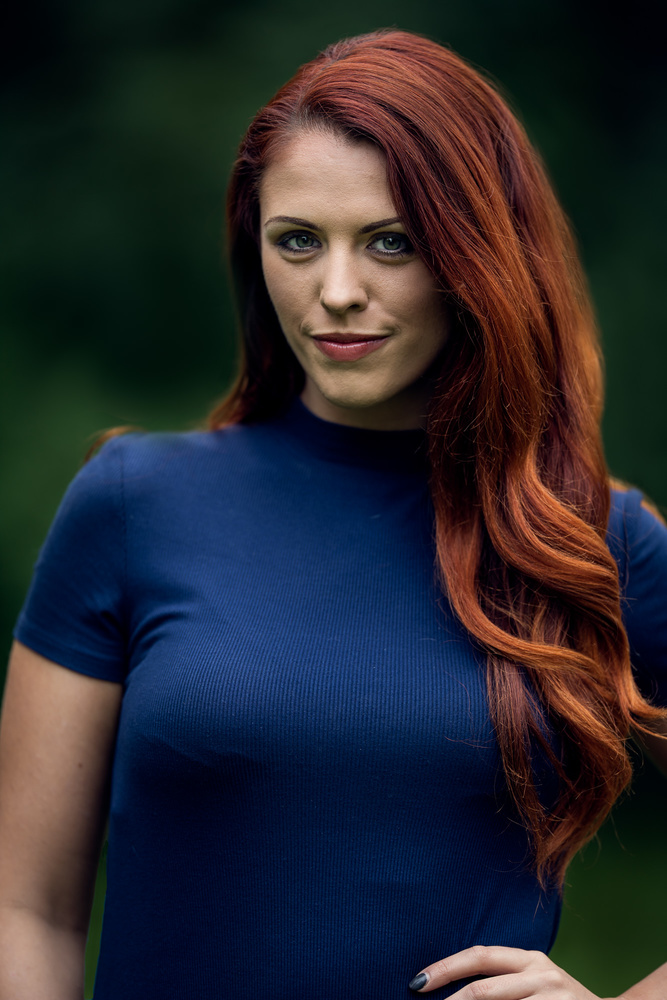 So, I started taking on extra jobs in between my academic duties and slowly putting away money. After about a year of saving, I was about two-thirds of the way to what I needed, and I was getting too excited to wait much longer. So, I hopped on Fred Miranda and started watching the used forum. Unfortunately, such a lens is relatively rare, and those who own it generally hang onto it for the entirety of their careers. One copy came up after three weeks, but it was in pretty rough shape and not particularly well priced. Then, two weeks later, a like-new copy came up at a ridiculously good price, as the owner needed to sell it quickly. I messaged him within two hours of the listing going live, and half a day later, it was on its way to me. I named it the "butterfly bazooka," because using it in most situations is like killing a butterfly with a bazooka — way more than you probably need, but you're sure to get the shot.

As I quickly learned, 5.5 lbs will wear out your wrists rather quickly, so I purchased a nice monopod to use and set about shooting with it. While I initially fell in love with it for portraiture, which it most assuredly excels at, part of what makes it such a great lens is how versatile it is. I shoot a lot of classical music concerts, and unlike regular concerts, I can't get anywhere near the stage, which means I need long lenses with wide apertures to deal with the dim concert hall lights. Enter the 200mm. Shooting sports? The 200mm has blazing autofocus speed, sharpness, reach, and lets in plenty of light. Weddings? It's a great lens for artistic portraits. In addition to the light-gathering power, that wide aperture throws everything in the background into a gorgeous, nebulous blur, meaning you can aim and fire with ease. It's by far the most versatile lens I've used, and I can drop it into numerous shooting scenarios, and it always excels and amazes me with what it produces. 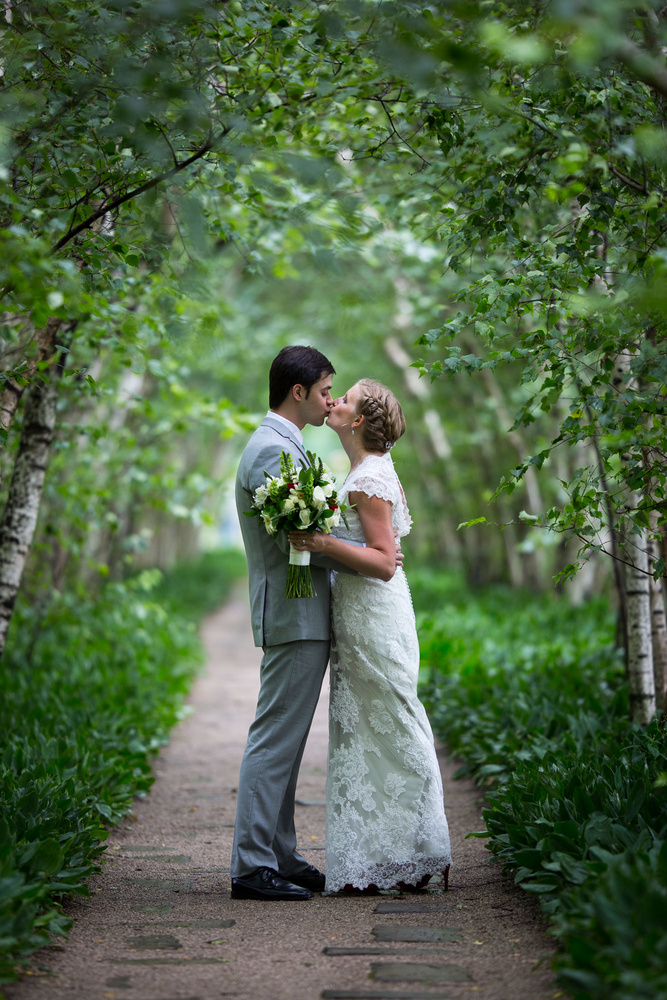 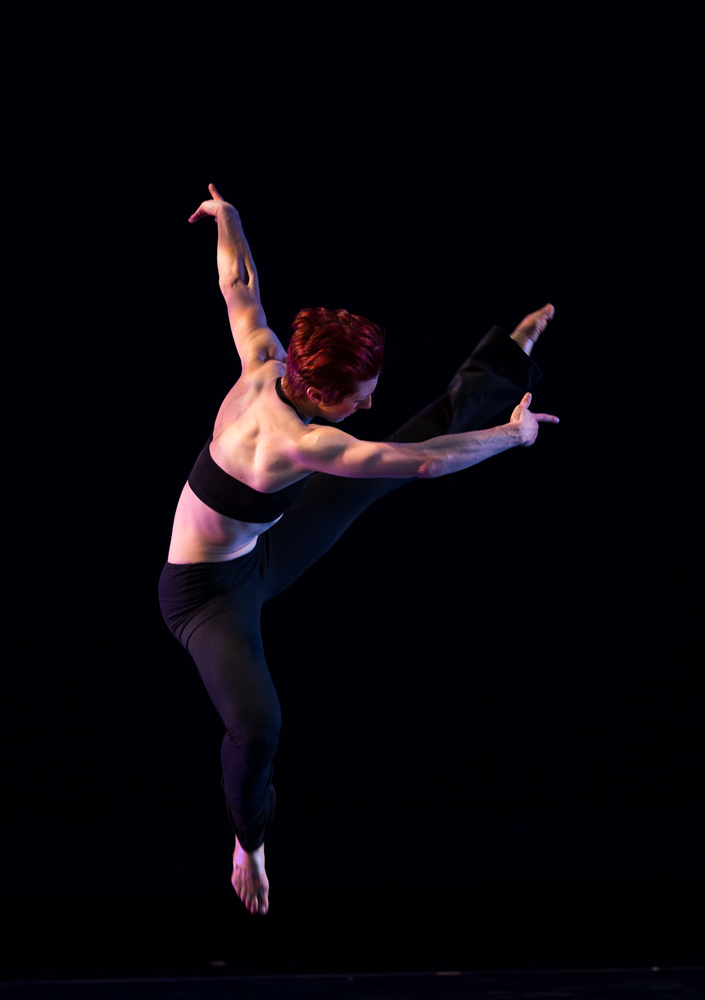 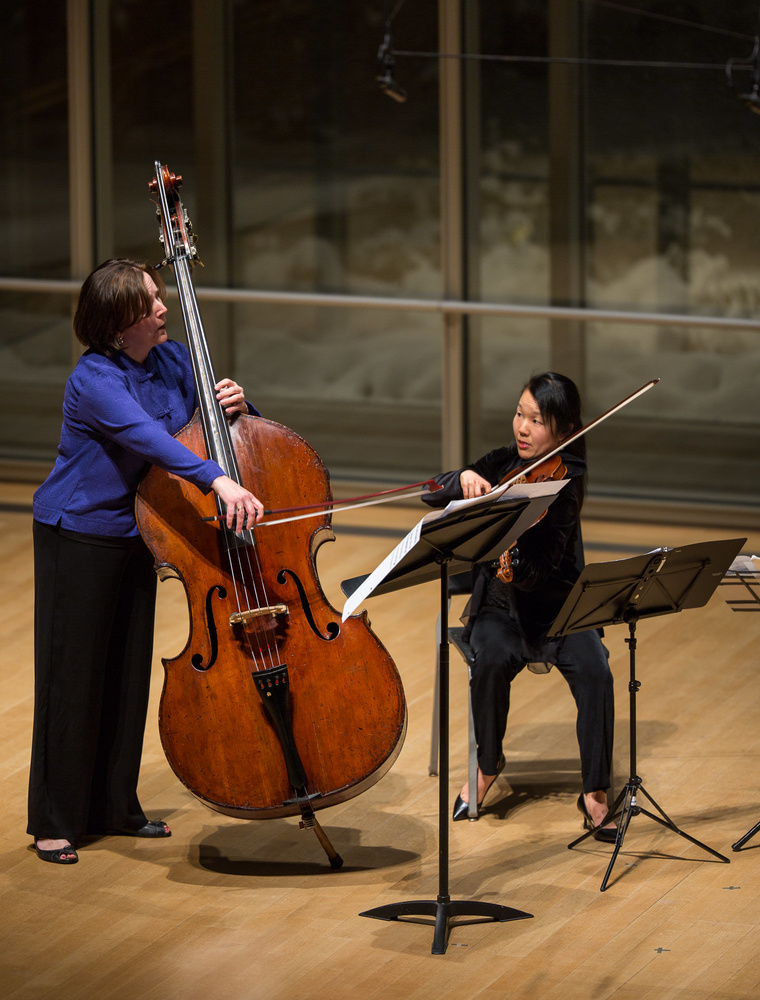 I've mostly moved away from Canon bodies and lenses, but this lens will always stay with me, and it's hard to beat the combination using it with a Sony sensor. Is it weird to have a somewhat emotional/nostalgic attachment to a piece of gear? Probably a little. But then again, isn't that part of the creative process? If you have a tool that inspires you and makes you happy and excited to get out and make images, by all means, embrace that tool. Some artists have a muse. I have a big hunk of glass. 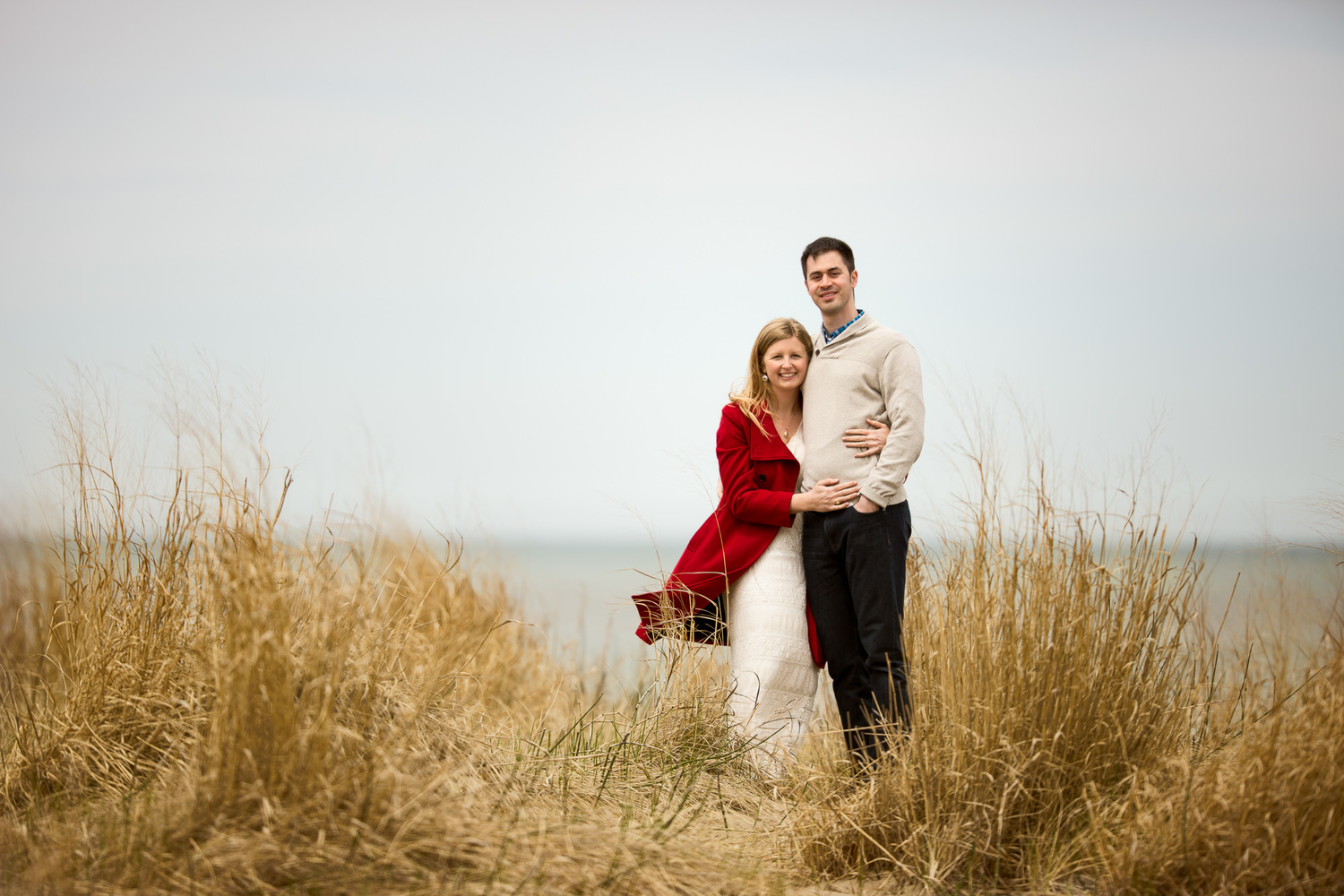 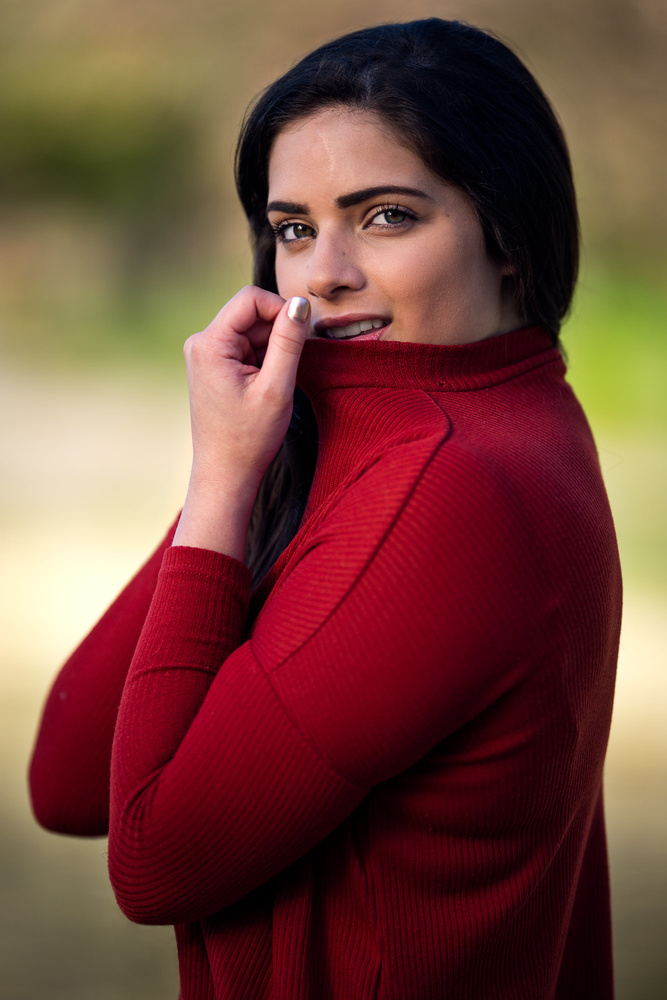 I buy and sell a lot of gear just because I enjoy playing with camera gadgets and the like, but the 200mm f/2L will forever be in my possession. It's incredibly versatile and delivers stunning results no matter what situation I put it in.

Do you have a piece of gear you'll always keep? What is it? Tell me about it in the comments.

Think I am done with the selling of equipment due to the lhigh depreciation rate of used equipment and that
I have all I need and want.
Here is a new thought for most here .. Buy and use for life ..

Difficult proposition given the rate of progress these days as well as the way equipment tends to be build where any number of electronic components or motors can fail.

I like to think that way in terms of glass, bodies though, I reserve the right to upgrade bodies every 5ish years

I will never sell my Yongnuo 622C speedlight triggers, because shipping would cost more than they are worth. Lol

There is nothing I wouldn't sell. My bodies and lenses are all tools they serve a purpose and if something else will fill a need better then out with the old and in the new.

I don't know.... I haven't developed such closeness with any of my camera equipments. Maybe so because I haven't shot much compelling images like many here. Last time when my Canon EOS 5D Mark IV stood in the way to GFX-50S along with it's 5 lenses, I just sold them without thinking much and got hold of GFX-50S.

Although I don't shoot as much with my Canon gear as I used to, due to my love of Fujifilm, I could never part with my Canon 50mm f/1.2. There is something magical about that lens, it makes people look almost three dimensional in a photo. And when you nail the eyes with it, it is so amazingly sharp. It takes practice using this lens, but I have always loved the results from it.

Only piece of gear I’ll never sell is my motor driven Nikon FE, and it’s for sentimental reasons. Otherwise the rest of it can all go for all I care.

Thanks this helps me a bit. I happened to buy both of those this year (used) and was having second thoughts. I shoot landscapes mostly and felt like maybe I should’ve reversed it and gone 16-35 f2.8 for Astrophotography and 70-200 f4 for lighter weight handheld use. But then again I love the f2.8 for semi macro flower shots and the occasional portrait. And I believe I’ve heard the 16-35 f4 is actually sharper than the f2.8 but I may be wrong.

The reviews I've read/viewed said that the 16-35 f4 was sharper than the f2.8 MkII version. The MkIII version is better. I chose the f4 for the budget AND the fact that I rarely need f2.8 to shoot landscape stuff.

You do not own any item you could never part with - instead, it owns you.

But I can certainly understand the strong fondness for the 200mm f/2. An absolute cracker.

Totally agree on the 200 f2. I don't own one but have been lucky enough to shoot with one and the images from it are really something special as you say.

I thought it was my Canon 300mm2.8 it was a lens that I really wanted, found a good price from a dentist who was selling his camera gear to get in to mountain bikes. I used it a lot for a few years, then last year Lightroom told me that I had shot 225 frames with it in 2017 and 2018. Sold it to a researcher scientist guy who is using it at the south pole. I hope it doesn't break!

Perhaps my Zero Image pinhole; however, its all just "stuff".

Which one do you have? I love my 6x9! I wouldn't sell it either.

I have nearly every lens I want; but I think I could sell every one of them when there is a better alternative that suits my needs.

Maybe I would never sell my 135/2, because it's more expensive now than when I buyed it. But it's not an essential lens for my photography.

That’s a tough one but for me I would never sell my Sony Zeiss 50mm f/1.4 Planar. I find it very versatile for a lot of different subjects and the rendering and results are just magical!

I will never sell one lens until the mark II with clear improvement is released.
At each iteration it become better (and more expensive, maybe) It will be foolish to keep the old an not perfect one when the new is out. It's a tool to work with, nothing personal there.

I was just about to type in C Stands. Not exactly exciting...but once you have a few...how could you ever do without them? As long as I shoot..I will keep my C-Stands....period.

My Argus Seventy-Five because I got it from my father. Everything else is fair game.

I love my Sigma 18 -35 1.8. It is cheap enough to sell and buy another but I will give it to one of my children.
BTW your first pic was focused perfectly on her..... well not her eyes.