What Three Lenses Is Tamron About to Launch and Why Is the Company Doing so Well?

Japanese lens manufacturer Tamron recently released its financial results for the year ending 2019, and as well as some promising figures, it also revealed that a total of five lenses will be unveiled in 2020, three of which are as yet unknown. Why is Tamron doing so well, and what lenses does it have in store?

Two of the five lenses are already known and both complete trios: one will be the 70-180mm f/2.8, rounding off Tamron’s holy trinity with a twist of zooms with smart compromises. Alongside the 17-28mm f/2.8 and the 28-75mm f/2.8, expectations will be high that Tamron has yet again produced a high-quality lens with a very broad appeal.

The second is already on the shelves, completing a trio of f/2.8 primes with remarkable macro features, albeit with not so fast autofocus. The 20mm f/2.8 accompanies the 24mm and 35mm f/2.8 lenses, for which you can read reviews here and here. 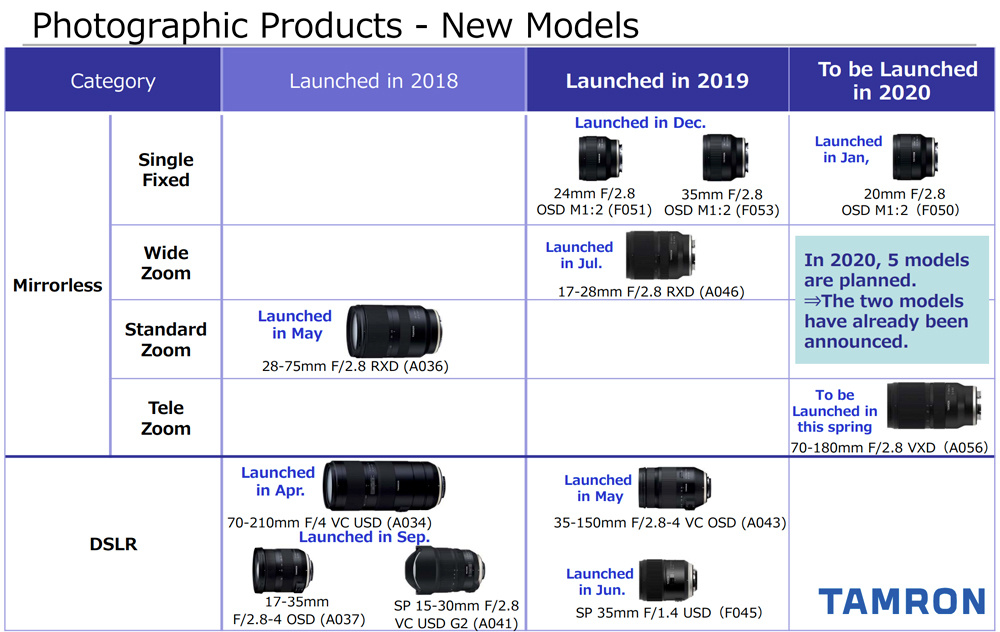 Of greater interest are the three further lenses that Tamron has teased for release by the end of 2020. The report itself describes them as “mirrorless,” though Sony Alpha Rumors claims to have it on good authority that all three will be for Sony. There are certainly gaps in Sony’s lineup that Tamron can fill, such as an ultra-wide zoom to offer a more affordable alternative to the Sony 12-24mm and the Sigma 14-24mm. As suggested previously, it’s unlikely that Tamron will announce a 35mm f/1.8 in the very near future, given that Sony finally plugged that gaping hole last year with their own version, and Sony also owns a stake in Tamron. Given the remarkable optics that Tamron managed to pack into the 35mm f/1.4 for Canon and Nikon mounts, Tamron may seek to duplicate that success, but as they’re keen to point out, they prefer to build lenses from the ground up rather than swapping out mounts.

Elsewhere, there’s definitely space for more f/4 or f/variable glass to go up against the Sony 24-105mm f/4. Alternatively, given Tamron’s predilection for ignoring photographic convention, perhaps something a little more off-piste such as a 15-50mm or 17-70mm.

Another possibility is for Tamron to shift towards APS-C Sony-mount glass. Given the quality of the 17-28mm f/2.8, an ultra-wide zoom geared towards a6x00 users might take on the vlogging success of the Sigma 16mm f/1.4. There would be some compromises in terms of the maximum aperture, but there might be scope for something that’s around the same size that has a bit more versatility. 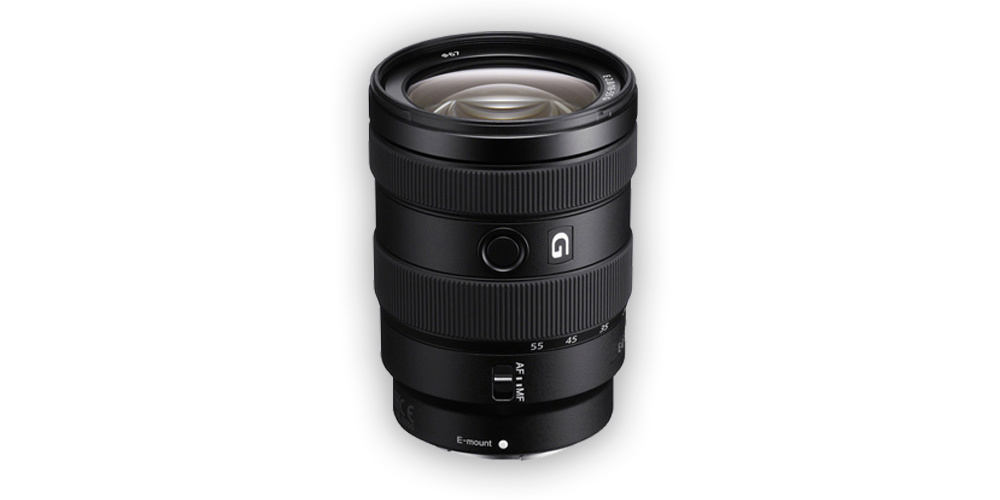 Not to mention the Sony 16-55mm f/2.8 G for APS-C cameras — definitely space for a cheaper version?

Tamron had a busy couple of years in 2018 and 2019, and despite the catastrophic period for the camera industry in general, the company seems to be faring well. The summary notes that Tamron “achieved the highest gross margin ever,” sales increased for three years in a row, and profits showed a two-digit increase on the previous year. As I see it, backed by Sony, Tamron has been able to produce mid-range glass for all of those a7 III shooters who might otherwise have bought an APS-C camera if Sony's pricing wasn't so aggressive. Because of the nature of the current market, Tamron plans to improve its profit margins by lowering operational costs. The report also mentions that it is actively seeking external partners, potentially through mergers and acquisitions.

Essentially, the future is looking quite bright for Tamron, and it seems well placed to build on the success of its Sony primes. What are your expectations? Will it all be more Sony glass, or will Tamron be tempted to knock out some affordable, lightweight RF lenses to take advantage of the limited and expensive options for Canon mirrorless shooters? Your thoughts in the comments, please.

Tamron and Sigma have put OEMs on notice.

They are doing well because they sell great quality lenses that aren't too bulky and with a fair price, and when they decide to push things more they come out with stuff like the new 35mm f/1.4 that outperforms almost anything that isn't at least twice as expansive.

I’ll be the first to admit that I’ve talked shit about Tamron and Sigma. Well, I’m eating my own shit because I love the Tamron 35 1.4 and my buddy’s 28-75. I’m hoping they bring that same level of quality and reduce the size of glass for the RF lineup; because Canon clearly doesn’t give a shit about people that hold a camera in their hands for basically 10 hour many Saturdays a year. Im referring to the ridiculous size of the 28-70 and the beloved 85 1.2. I’m excited for the R5 but more excited to see what Tamron does here. And I’m not confident in Sigma because they also take from the oversized glass department.

Tamron makes an excellent lens. I have taken some stunning photos with there lenses and had very good luck with holding up well under heavy use. Sigma on the other hand I have had two different lens's from them and both needed to be repaired multiple times in the 2 to 3 years I've owned them. Through personal experience I would NOT purchase another Sigma lens, BUT if received one as a gift or won it, I would keep it to see how it would hold up compared to there previous lens's...

The lens I have been hoping against hope and desiring for with no avail for my A7R3, by ANY manufacturer would be a 24-105 f/2.8 or faster. I believe it would be a big seller! Any knowledge of one in the works?

Don't have knowledge of a F2.8 but I use the Sigma 24-105 Art F4. Good lens but close up capability and resolution is awful

Im surprised, I hear nothing but good about Sigma! But I love bokeh otherwise the Sony 24-105 f/4 would be a great choice...