Where Are the Good Supermoon Photos on Social Media?

OK, I’ll say it: the majority of the supermoon photographs on social media are not very good. When I began working on this article, I was truly looking forward to writing about the “10 Best Supermoon Photographs on Social Media.” But at the intersection of Instagram and Twitter, I took a wrong turn and just kept going... straight into the full-on dumpster fire that is the world of supermoon photographs on the Internet.

It’s no secret that this past weekend’s full moon was what is now popularly called a “supermoon.” What makes it super as opposed to the garden variety full moon? There are two criteria: it needs to be at its closest point, known as perigee, to earth along its orbit of 27 days; and it also needs to be a full Moon, which happens every 29.5 days. A little quick math will tell you that this can only happen a few times a year and sometimes not even that. How super is the supermoon anyway? Compared to the smallest diameter that the moon can be in our sky, the moon at its supermooniest will only appear 14 percent larger and 30 percent brighter. Most people would not even notice the difference. This past weekend’s version was only 7 percent larger and compared to November’s full moon, it was only 1 percent brighter. Well-known Astrophysicist Neil deGrasse Tyson tweeted an excellent analogy that helps put all of this into perspective.

Even with a large amount of media attention on the supermoon, at the end of the day, it is still, by and large, the same moon you see the rest of the time. My personal theory about why the supermoon seems so spectacular to many people is that folks hardly take the opportunity to look at that amazing bright orb in our sky during the course of their everyday life. So, it ends up appearing especially impressive those few times a year when your news feed tells you to go outside and look up. These days, fewer people actually do look at interesting things with their own two eyes. More and more there’s a smartphone screen between them and what they’re watching. I had thought about that perspective many times but it really hit home for me on a trip to Prague back in 2014. I was strolling around Old Town Square near the famous astronomical clock. On the hour, the clock goes into an animatronic display of characters while marking the time with chimes from the bell in the tower. While the action was going on, I was amazed to see how many people had their cell phones held to the sky instead of enjoying the experience. 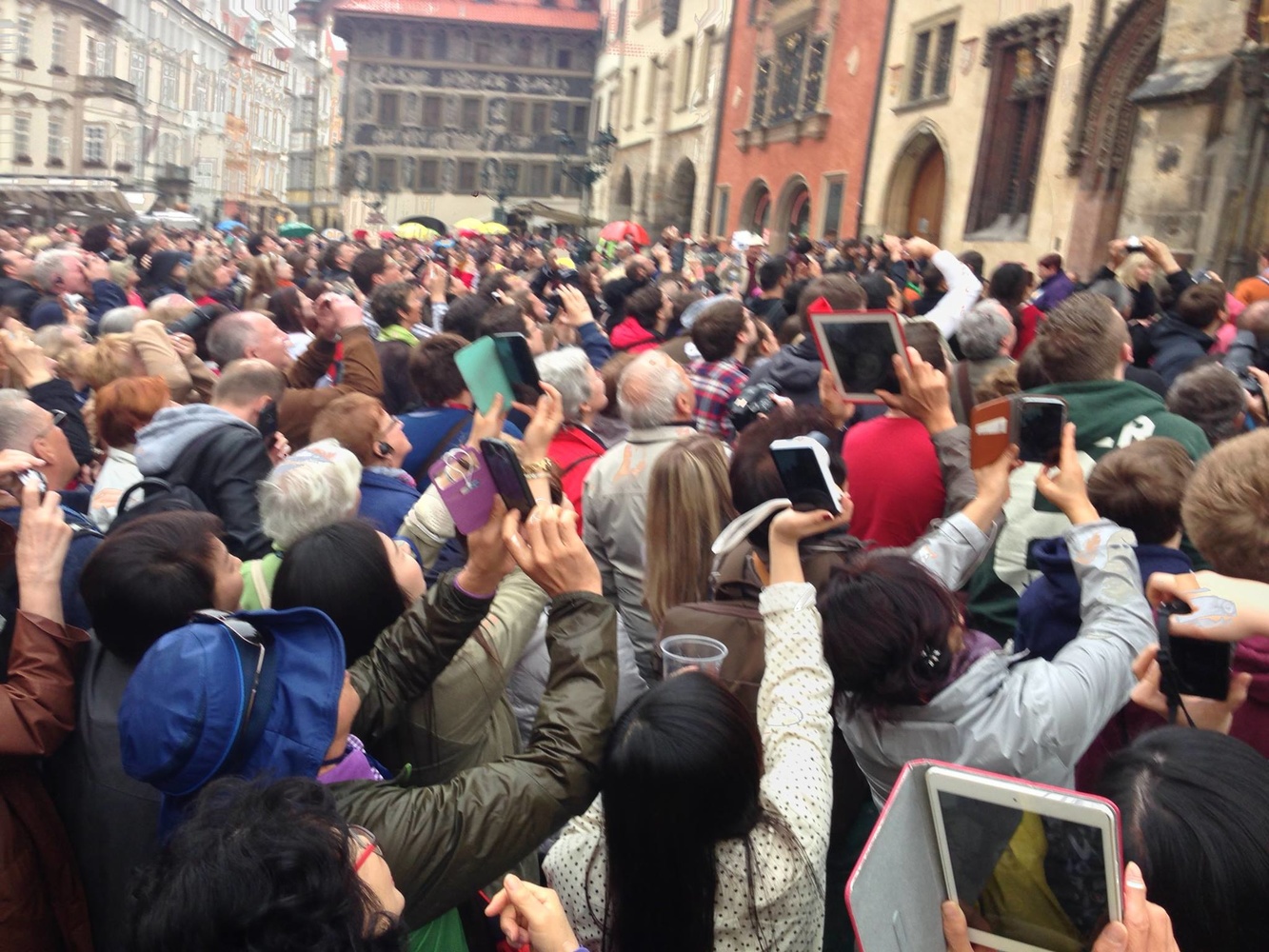 A mass of smartphones and tablets are pointed at the astronomical clock in Prague's Old Town Square to record the spectacle.

That brings me to part of the reason why so many of the supermoon photographs are poor: because everyone has a smartphone and their cameras are really bad at taking images in low light. Granted, a full moon is relatively bright compared to a new moon, but it is still dark outside as far as a smartphone camera is concerned. Using a smartphone leads to all kinds of problems with blurry images being the most prevalent one you’ll see posted up. In low light, the camera has a heck of a time focusing. Also, to compensate for the lack of light, the camera shutter stays open too long to keep things steady by hand. Both of these situations cause “Mr. Blurry Moon” to make an appearance in supermoon pictures. Even worse, to truly capture the scale of the full moon or supermoon, it takes a lens with a lot of reach. At least 200mm and preferably longer. A smartphone lens is going to come up far short in the long focal length department.

But it isn’t just the handheld smartphone shots that are the culprit here. There are an equally large number of bad supermoon photographs taken with DSLRs. Many of the problems could be somewhat easily addressed with better composition techniques. In my view, the moon shouldn’t necessarily be thought of as the hero of the shot, just a strong supporting actor. The foreground elements and how they are lit by the moon should be equally important, if not more so. There are also way too many pictures on social media of just the supermoon with no foreground for reference. That lone supermoon shot could just as well be last month’s full moon. How could anyone tell the difference? Something else to consider, the full moon is fundamentally a terribly lit subject. It just looks flat and much less interesting than if photographed as it is waxing or waning. At phases other than full, the shadows and highlights give the surface a much better sense of scale, depth, and ruggedness. 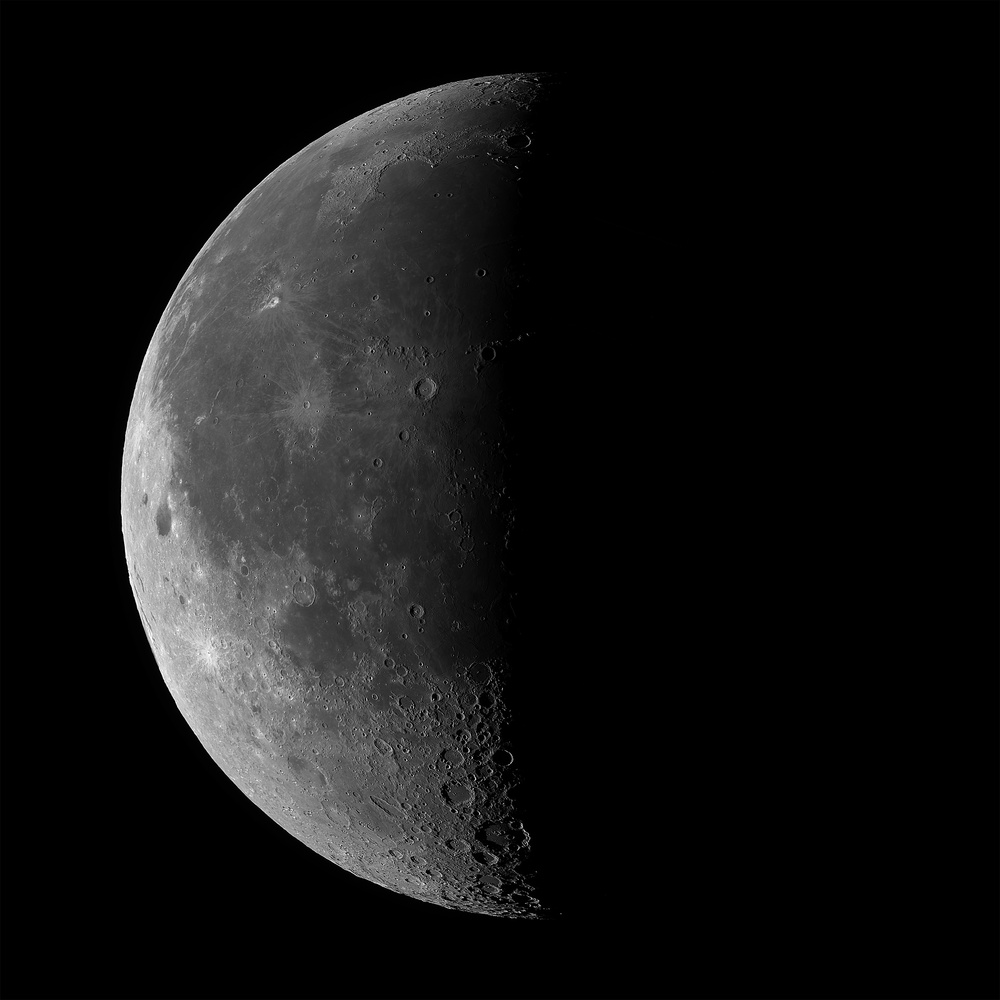 "Ole Ku Lua," captured with a Celestron EdgeHD Telescope at nearly 8,000mm focal length from the summit of Mauna Kea on the Big Island of Hawaii.

Beyond the badly executed and poorly composed supermoon photographs are the composites, comics, and overdone photographs. As I searched far and wide for my 10 best candidates, a number of composited images came up with a too big supermoon rising over a mountain or reflected in a calm lake. Still, other photographers expressed their witty side by depicting the supermoon wearing red capes with a big capital “S” on the moon or by adding ET on a bicycle silhouetted against the disc of the bright moon. Not to be left out, there were also the endless streams of photographs where the moon appears as a soccer ball being kicked, a crystal ball foretelling the future, or a glowing orb held high above the head. And, let’s not forget the ever-popular supermoon being crushed between thumb and forefinger shot. 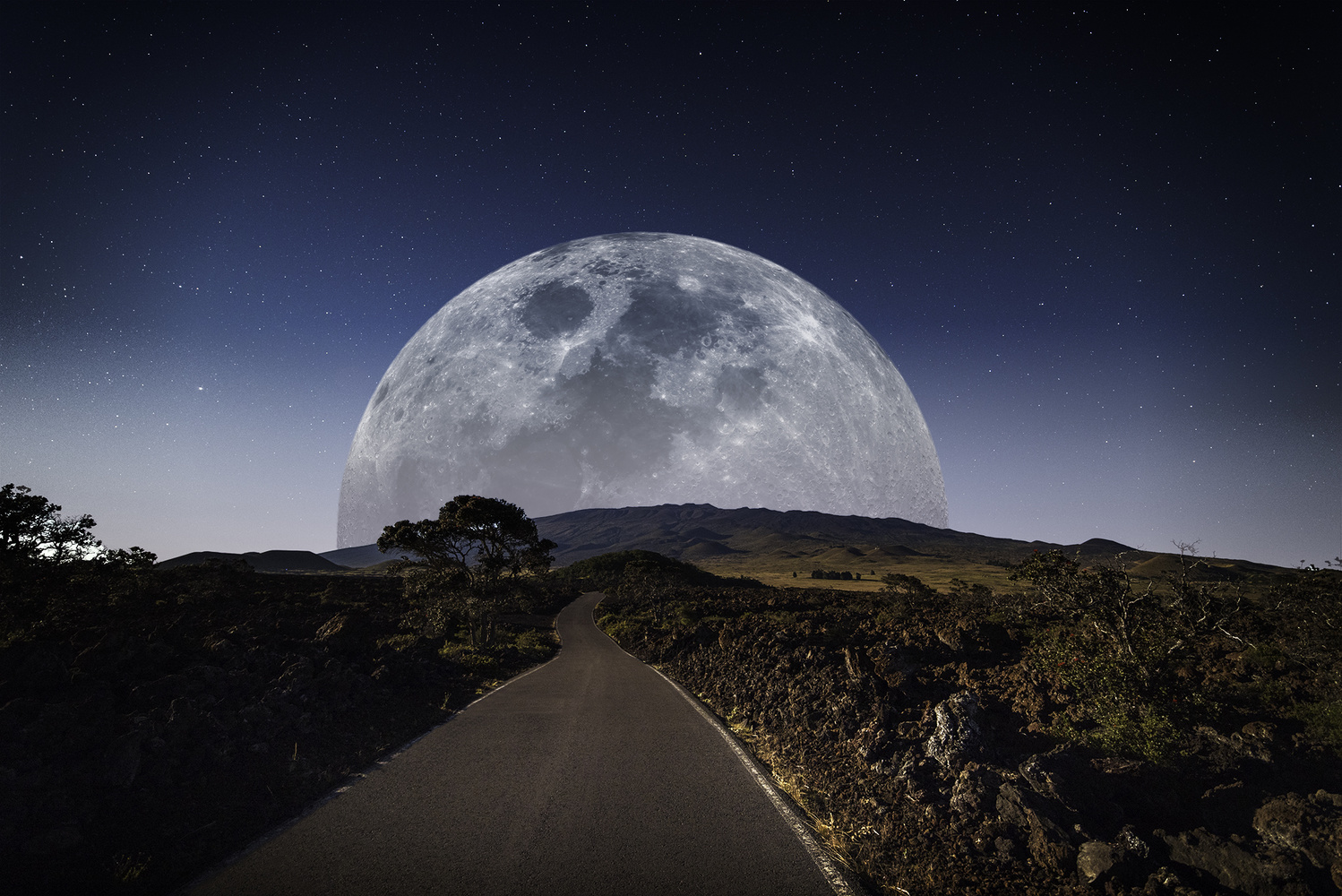 Fake supermoon composite image to illustrate (and exaggerate) the point.

I realize that I have been pretty critical of the supermoon photographs that are being posted on social media. Also, my idea of a good moon (or supermoon) image is simply an opinion and others may have a different view. To be fair, I did find a handful of shots that I consider to be very good. A couple of them were by Associated Press Photographer Julio Cortez. Another favorite of mine is by Alex Dzierba of Honolulu, Hawaii. Alex's photograph is a nice composition that took a decent amount of planning to get everyone in place, at the right time, and to position himself at a specific location to capture the supermoon where he did. 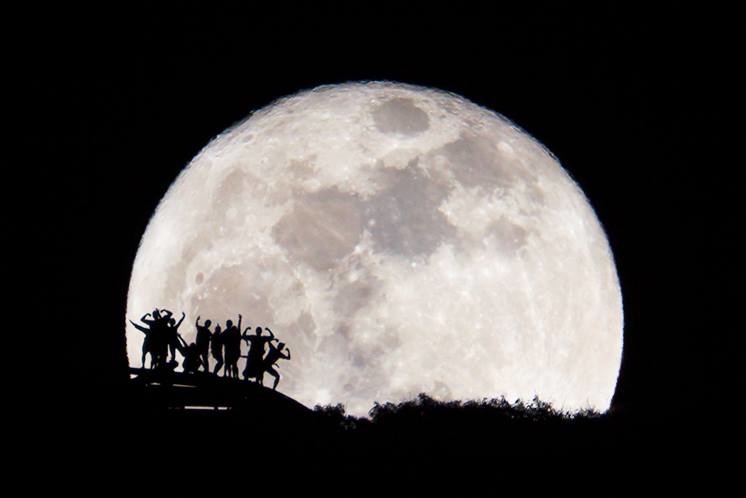 "Gotta Flex" by Alex Dzierba of Honolulu, Hawaii. The supermoon rising over Koko Crater on Oahu.

Even though there certainly are some terrific supermoon photographs, I stand by my opening premise that there is lack of quality and creativity in them as a whole. To my mind, it lends credence to an adage often repeated in the photography world. That is, even though everyone has a camera, that doesn’t make everyone a photographer. The good news in all of this is that January 2018 affords two supermoon opportunities -- the first on January 1st and the second on January 31st (which makes it a blue moon too). The supermoon at the end of January is particularly special since there will also be a lunar eclipse visible for parts of Europe, Asia, Australia, Africa, North America, and South America. So, after you have had your fill of New Year's cheer, head on outside to find a great supermoon composition and post it up on your favorite social media spot. I really would like to do that "10 Best" article the next time around.

Good article. Your point about the moon being the supporting actor is spot on. Many people who post to social media seem to forget (or they never knew) that often the best images portray or reflect relationships. 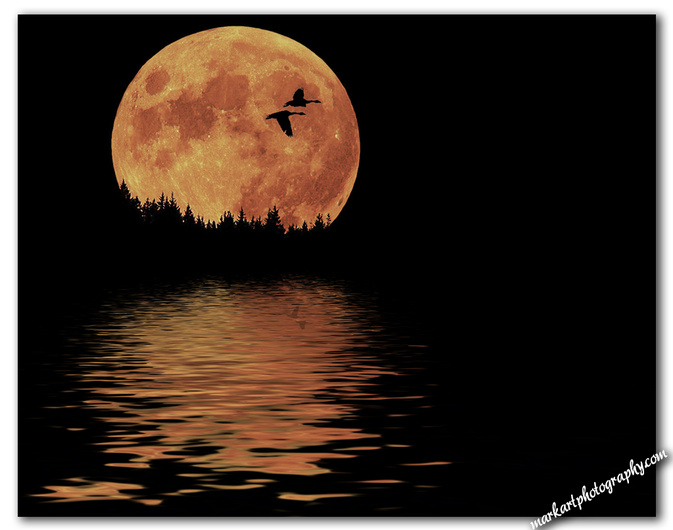 Is it really documenting the supermoon if it's a composite? This could have been any full moon.

Michael, as a photographer and artist, I personally have no issue with composites. You have to consider it art, not photojournalism. It is the artist's interpretation of how the scene looked or felt to them that should be conveyed through the imagery. I always note when one of my photographs is a composite just so that there is no confusion or misunderstanding.

Majority are fake, so everyday of the year is a supermoon.

Nice article Steve! I have always struggled taking shots of the moon. Any suggestions?

Thanks Toby! The Moon is pretty challenging to shoot. Think about it. During full moon, all of its features are lit like a day with the sun straight overhead. Then you've got the phases where there is an incredible difference in brightness between the side in sunlight and the side in shadow (or earthshine). On top of all of that, it is constantly moving. I may do a full article on how to best capture the moon but here's a few quick pointers. 1. The moon moves against the background stars by about 13 degrees per day while earth spins at about 15 degrees per hour. When you factor all of the variables in, if you are using a tripod, you can shoot at about 250/focal length seconds and get a sharp image of the moon. 2. As I said in this article, I believe the moon looks best if shot at a phase other than full. I like it best when the terminator is just before or after half moon...but that's just my personal preference. 3. Also in this article, use the moon and its light to support your image. Of course it can be the hero if you want but I think it serves better as a supporting element. I mostly feel the same way about the Milky Way. 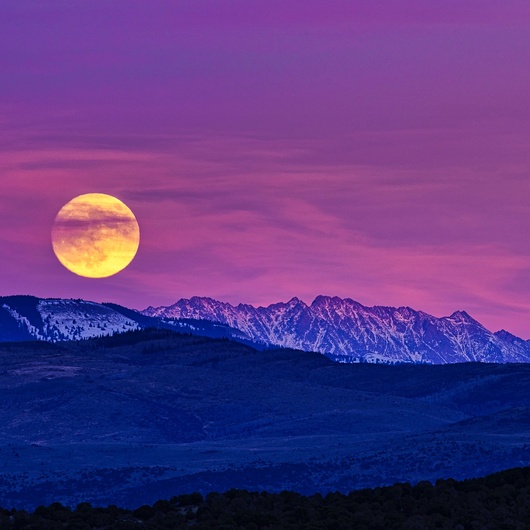 Steve, are you familiar with Jennifer Khordi's work? She's the best at this, hands-down. (The real stuff, not the fake stuff.)

Hi Matthew. I am familiar with Jennifer's work. She has some awesome shots of the moon and Lady Liberty. She also does some pretty nice nightscapes. I didn't see any supermoon posts on her Instagram or Facebook pages when I was doing my search but I see she posted an interesting shot around 10:30pm last night. Thanks for pointing out her work!

Sometimes too much HDR. 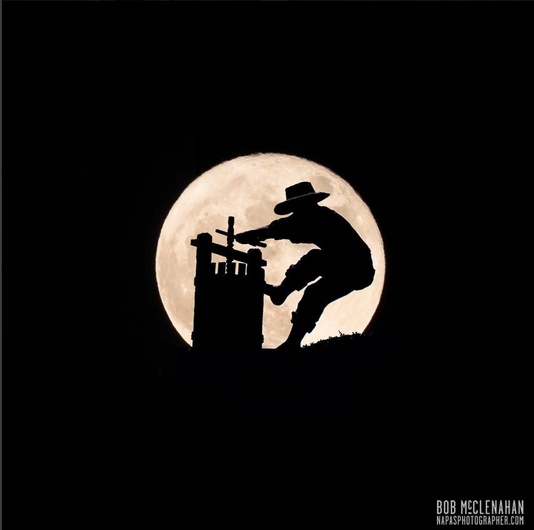 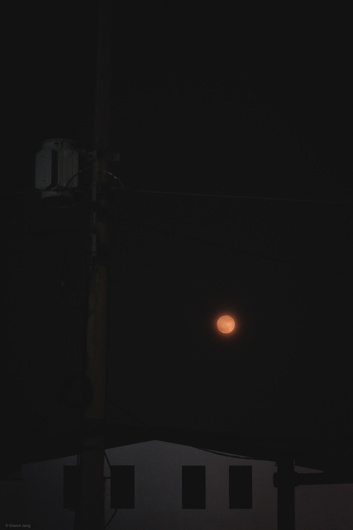 I shot one, nothing special but I liked it. (While we decorated our xmas tree)
Posted to IG:
https://www.instagram.com/p/BcRBHOlHP1x/

Check the moon photos posted on https://www.facebook.com/planitforphotographers/. All of them are real moons with precise planning beforehand. 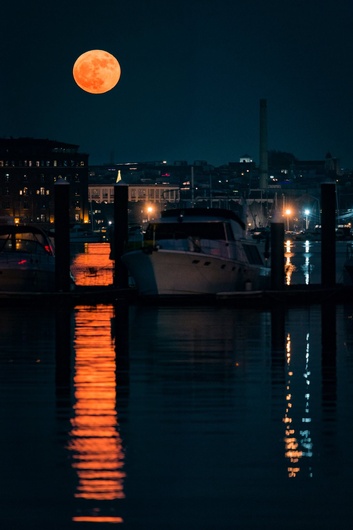 Here's my no very good shot at it. I forgot to set the shutter speed higher from the last time I had the camera out. 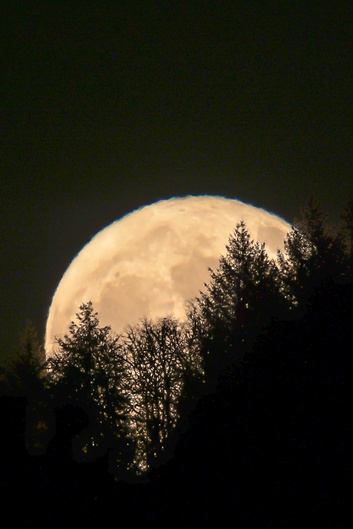 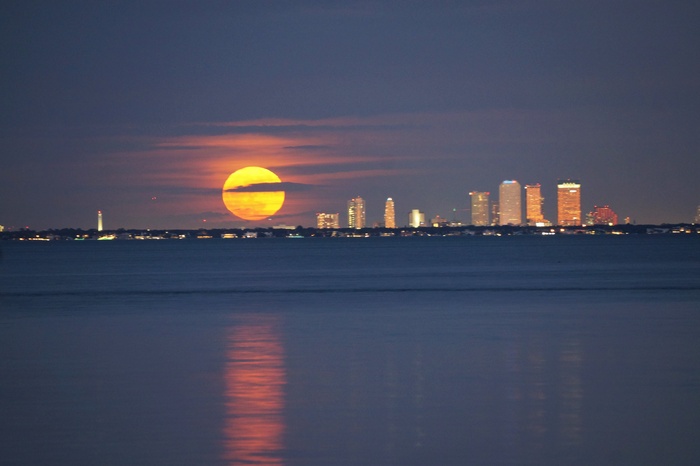 WHAT!? That is awesome man! Nice job, take that iPhone-ographers.

This is on the Super Moon day. But yes i exaggerated this composition. Hope you all like it, 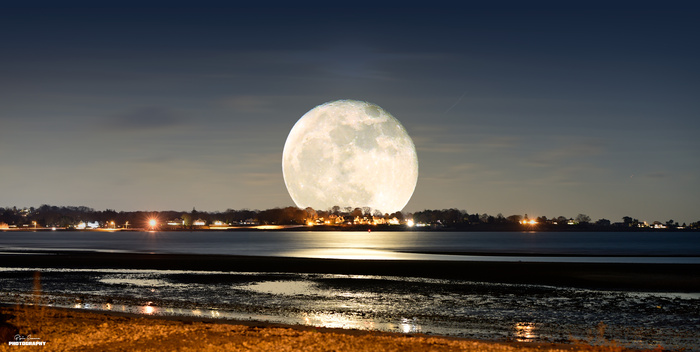 Once over the hills of Shambhala in beautiful British Columbia, Canada. Used a Canon T2i (not meant for low light) and your lowest grade Canon telephoto lens. First shot was a hit, no tripod required. Grainy as hell but still one of my favs. The super moon was literally gone in 60 seconds. 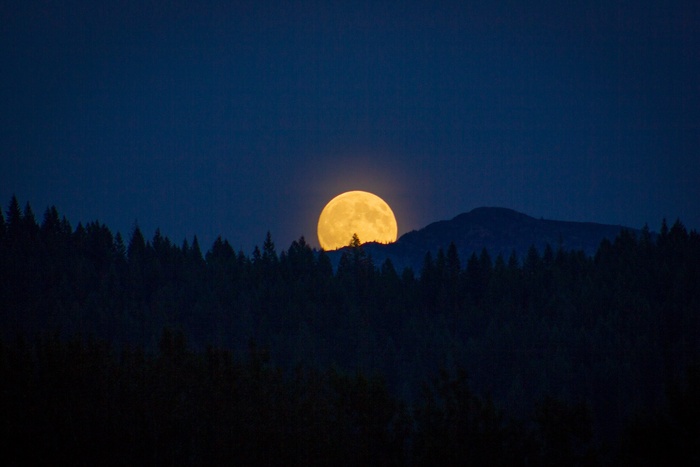 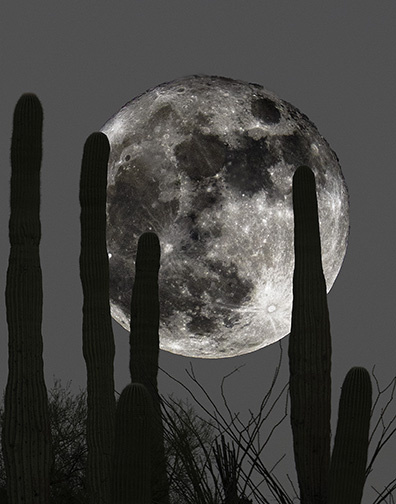 A couple of my moon shots 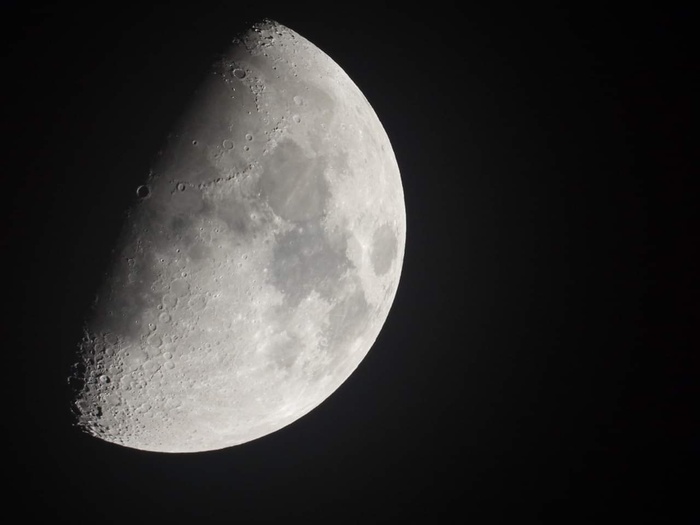 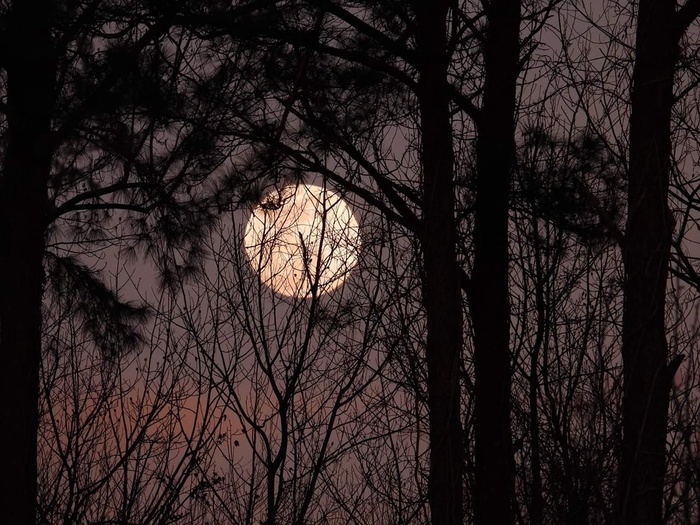