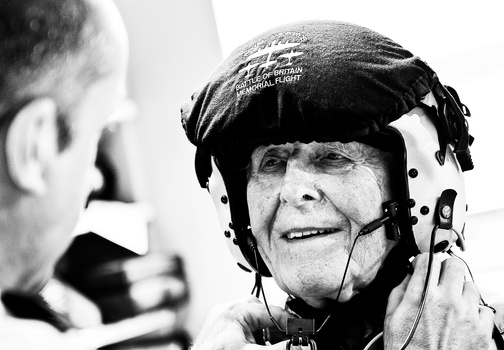 Ron Clarke was a Lancaster pilot from 1943 who flew 'Phantom of the Ruhr' out of 100Sqn - an aircraft famed for becoming a centurion - to survive 100 sorties.

This image was taken on June 28 2012, as Mr Clark was being fitted with his flight gear. He then went on to fly the BBMF Lancaster (in Phantom colours) over the unveiling of the Bomber Command Memorial and dropped a payload of poppies.

Unfortunately Mr Clark passed away in 2013 at the age of 92.