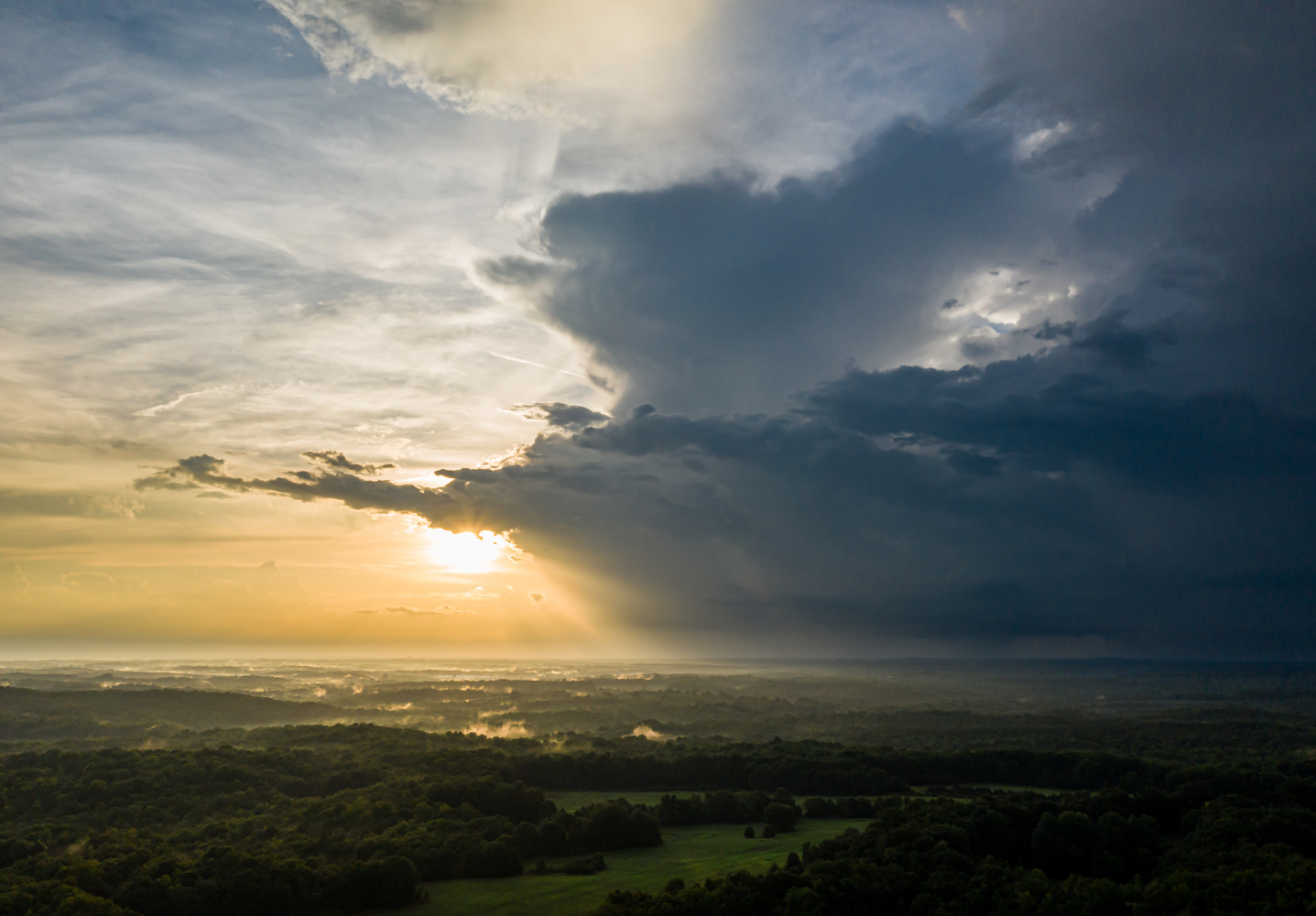 This evening's thunderstorm has been absolutely beautiful! On one side, there's the rainbow that showed up between rain showers (almost a full double rainbow!), and then turn around and see the sunset peaking through the storm clouds as they move across the landscape. I originally launched the drone to catch a shot of the rainbow but as I turned to move back far enough to get the full rainbow in the shot, I caught the sunset. Unfortunately, I didn't have time to fly out far enough to get the full rainbow as it started raining again, but overall I feel pretty good about the shots I did get on such a tight flight time.

Mark Guinn
Sunset on the farm
0