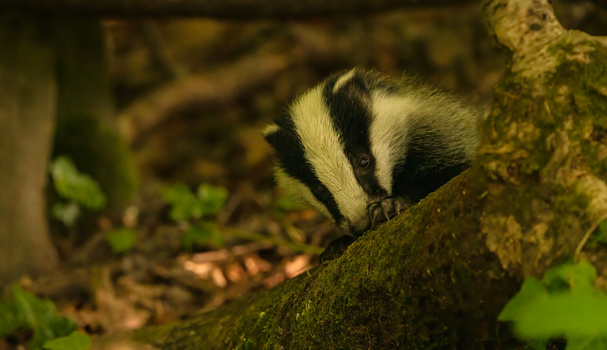 For many years i was looking fo a Badgers den, found many of them but the were never active. Luck turned around this year. Few days ago i found a den (six holes) that i never saw before but is very close to where live, it seemed active because it was cleaned and had much fresh dirt in front of it. I did put out a trail cam to see what is going on there.
After two days i went to check it out and to my suprise first video i captured there was a roe buck walking around den. But second video had a badger in it for two seconds only...and as i was looking at video on trail cam i heard something behind my back and i was in shock what i saw...it was a small tiny little badger right next to me, i didnt have my actual camera with me and took some videos of it and he went back in the den. Later that afternoon i decided to go back with my camera and i was really lucky...