In the beginning the idea for the show "31 Women in Art Photography" was a direct response to the increasing male domination in the New York art scene. I quickly thought back to every major gallery and museum I'd ever been to in NYC and realized that it is true, there are more works of art by males rather than females. Why is that? What's the difference between a photograph produced by a male than one by a female? Some would say the content of an image is just as important as the gender of the photographer. Now in its third year, both male and female artists are allowed to submit works, however the purpose of the exhibit is to create a voice for women in the New York Art institutions. “31 Women in Art Photography” will be on view at the Hasted Kraeutler Gallery in New York from July 26 to Aug. 17, 2012. These photographs are just a few featured in the show. 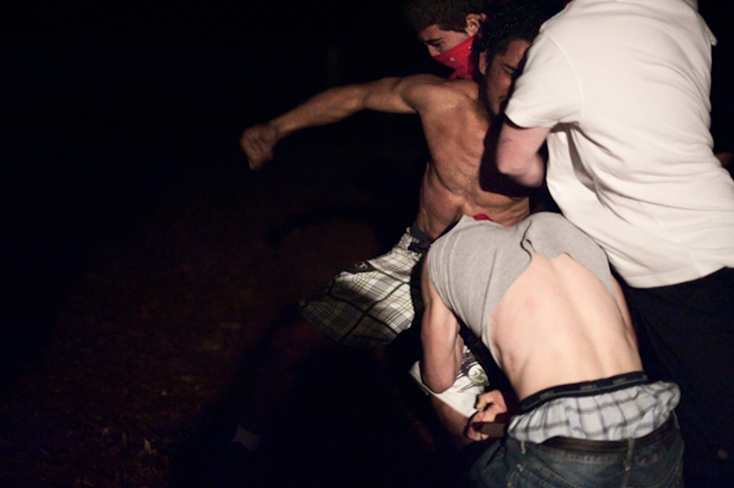 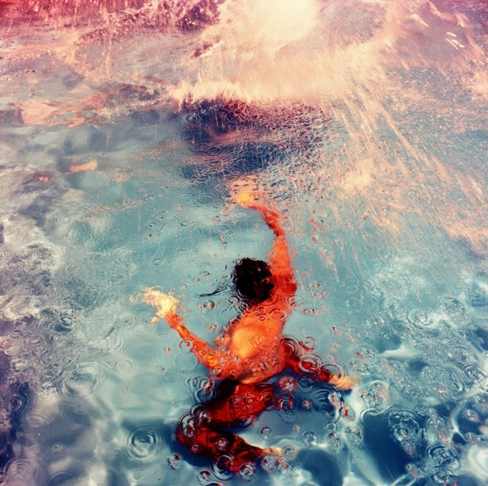 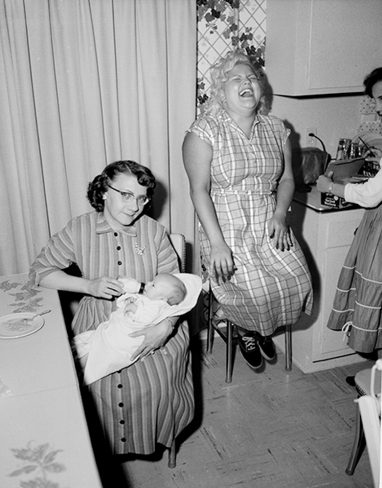 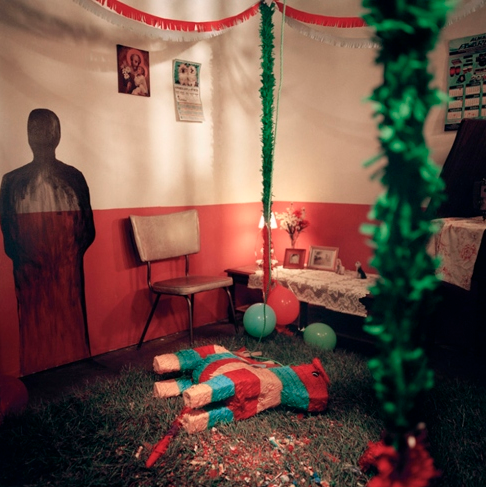 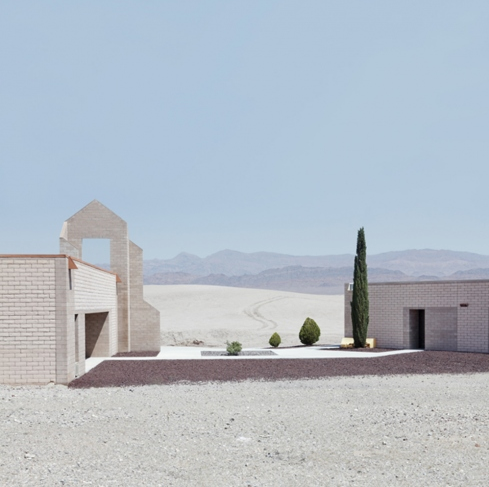 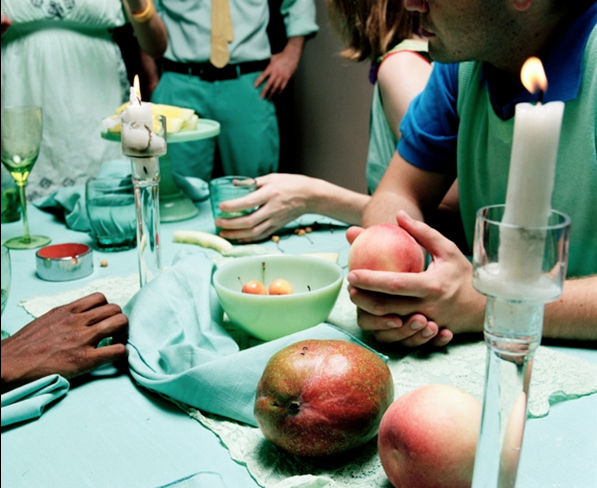 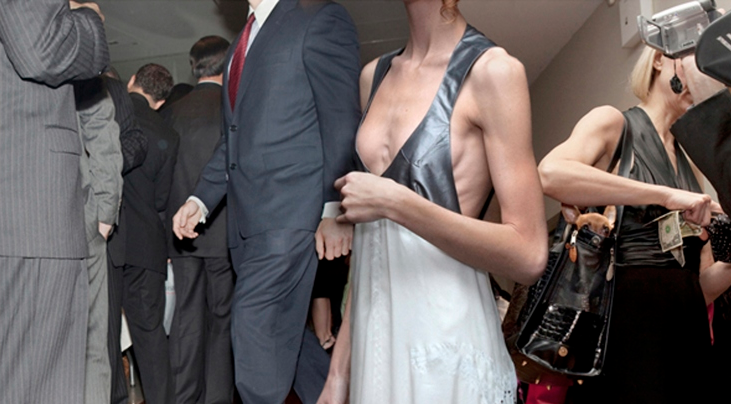 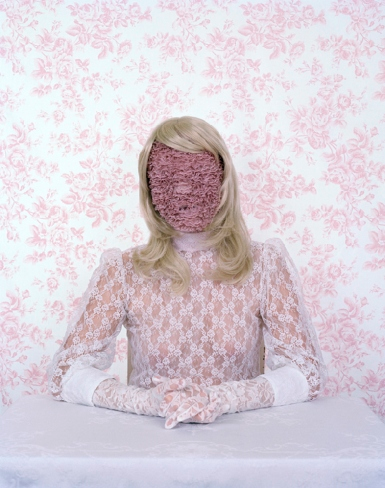 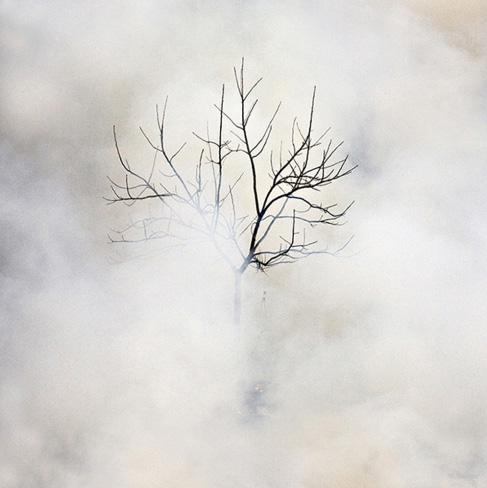 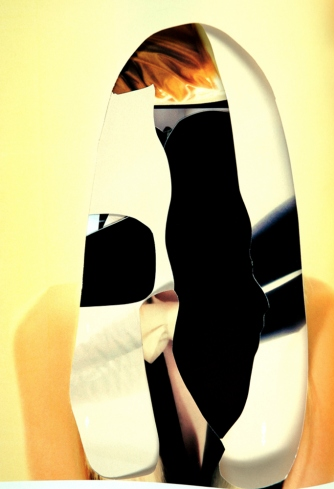 It doesn't really make sense unless you're seeing it 6' x8'.

No... it doesnt. Bigger is not better.

There are some fantastic female photographers out there. They just don't seem to be represented in this gallery. Lets be honest, most of these kinda suck and look very point and shoot.

Point an Shoot is the new fine art. My frustrating 4 years in a "fine art" photo program has proven this. Maybe 3 students out of ~240 students have any clue about technical concepts or executing a vision.

These are mostly terrible photos! I mean the people with no heads and the video camera in the corner?!?! thats a throw away photo?! Seriously please tell me what makes that so good!!!

It's an incredibly important photo. Look at the woman's gaunt and frail body - traits that would usually imply that she is poor and cannot feed herself but the lavish setting tells us otherwise. So this, her weight, is most probably self inflicted maybe due to an eating disorder that is not her fault - but most probably due to societal expectations and ideals of beauty that have been thrust upon her. Judging by the setting and her dress we can assume she is the limelight. So by the artist choosing not to include her head we are forced to examine her appearance and how unhealthy it is rather than marvel at a picture of her as a name.

You guys are kidding right? These are all excellent photos!

What's in here is nothing but yet another example of what passes for "cutting edge" photography these days...  Sad...

I guess the reason for less women, would be that there's probably a lot more men in photography. The women are too beautiful to stand behind the camera.

The only interesting photo in this list for me is from Karine Laval.

Can't believe some people are slating this, these are great!