Social commentary showing up in the photography medium is hardly a new concept. But when photographer and retoucher Joel Parés set out to make a statement with his latest portrait series, he knew he wanted to showcase the images in a unique way. The shots, therefore, ended up being simple, two frame GIF animations, allowing you to absorb the initial impact first, and then its correspending follow up message for each image. And you know what? It works very well.

The message is simple enough: Don't judge a book by its cover. After all, everyone knows that controversial subjects such as accusations of racial profiling make for big headlines, and for a very good reason: No one likes the idea of being unfairly or preemptively judged by someone else based on their appearance, ethnicity, nationality, gender or even age. Stereotypes exist for each of these, and if we've learned nothing in the past few decades of the mainstream media, it's that these stereotypes are not only heavily reported on, but often worsened, by said media.

Every black man is not a thug or a gangster. Every Muslim is not a terrorist. Every Mexican is not illegally here stealing manual labor jobs. Every southern white man isn't a Ku Klux Klan member. And even if some people fit their stereotype perfectly by how they live their life and what they do, the fact is most do not. Like so many things in life that suck, this societal propensity towards assuming stereotypes is dominated by the few, and not the many. Photographer Joel Parés sought to showcase these stereotypes in all their obvious glory in his latest series, aptly titled "Judging America".

But this was hardly Parés first conceptual project, as his passion is creating stories and messages in his image series.

"Telling a story is the job of every photographer, but my passion is telling a story in a unique way, a way that can inspire the world. I love telling deep stories of experiences people have had and creating something positive that will change their lives for the better. When I first began conceptual portraiture, I began will self-portraits of stories of my life in my series “The Unconscious.” Once I found my niche I have focused my energy into conceptual portraiture." states Parés during one of our recent chats.

Interestingly, though no surprise once you take a look at him, he has been on both sides of the camera in his professional experience, working as a model for some time.  Parés says that while he enjoyed modeling, photography was his stronger passion, and his calling. "I started photography a few months before I got with an agency to model. I did enjoy the type of modeling I did (advertisements) but left the agency to focus on photography when my passion for photography grew stronger," Parés says without any hesitation, "so I stopped modeling for a little less than a year before I decided to go back to castings. My passion is photography so that is the reason I haven’t pursued modeling full force."

I encourage you see view Parés website when you get a moment, as there is plenty of world class photography and compositing work there to check out (not to mention his fantastic retouching work). But what struck me the most was the "Judging America" series, which he says should speak for itself, and therefore has no commentary on the site. Parés tells me, "When I create a series I try to create it in a way that can relate to most people in the world. If someone couldn’t see the series, I say this is a series of images that shows how diverse America is and how some of us are judged in a negative way, and then I show you who the person really is compared to what you judged them to be."

The way I like to show the series is where you view the judged image first, to fuel the fire inside of some of us, and then the reality image to cool down the fire and open the eyes of those who think in a negative way while judging individuals.

"My inspiration for this series is the fact that America is a country that is very diverse with many ethnicities that together create the United States of America" he says, "I wanted to open the eyes of the world and expose how certain individuals are judged and later turn out to be something besides the initial judgment. I believe every individual deserves a chance at a normal life without being judged in a negative way. I wish everyone could be treated equally, and this is my voice crying out for change." A noble idea, for sure.

From the technical perspective, Parés gear of choice starts with his D800, 24-70 2.8, and a simple but ideal two light setup using Elinchrome 500 and 500 BXRI strobes, and a trusty v-flat for fill. Keeping the light straight forward, in my opinion, helped to avoid distraction from the content of the photos, and worked quite well for the series. He approached the retouching from a highly commercial angle, and here again it too worked perfectly for the theme and tone.

And Parés is always working, looking for the next inspiration for a new project. He waste little time and keeps busy, and let me know that "Currently I am in the planning stage of a series [that will] expose the different ways we imprison ourselves allow those who can relate to open their eyes and see that they need to make a change to break the chains of imprisonment", which sounds equally as profound as "Judging America". 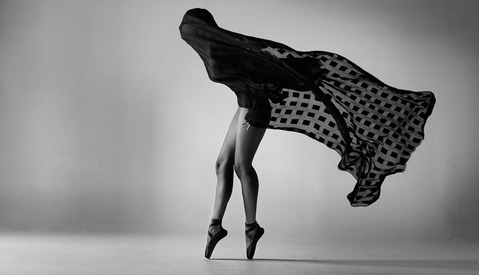 Commercial / May 21, 2015
Revered Australian Photographer Peter Coulson Teaching in the United States for the First Time

Political/social commentary aside it is the post work that really makes these stand out IMO.

I wish he would have included a photo giving commentary on the whole "fat slob" stereotype.

But the photos he has done are really good.

These images, and the write up are awesome Nino!
Kudos to Joel Parés for the awesome work!

I love the article...great posing, simple incomplicated lighting and a wonderfull concept = Great series.
Just to probe that sometimes we dont need extravagant and complicated equipment to stand out from the rest...The concept of the series is UNIVERSAL, and the idea of the gif animation is very original. Love it

Wow I like this a lot. It really hits home.

First off, the photography and post processing in these is great, and I like the idea of the .gif animation to hide the second picture.

My issue with the project is that the premise is "no one likes to be unfairly judged" and that "Every black man is not a thug or a gangster. Every Muslim is not a terrorist. Every Mexican is not illegally here stealing manual labor jobs. Every southern white man isn't a Ku Klux Klan member." While this is a great idea with a lot of potential to make people aware of the stereotypes that they may knowingly or unknowingly hold, I do not feel that he succeeded. In fact, in a number of pictures, I feel that he does more to create the stereotypes than dispel them.

By dressing the subjects in a "costume" and adding props, rather than just taking pictures of the subjects as they actually are, in their actual environment and dressing and acting as they would on a normal day, and letting the readers own stereotypes come through to be dispelled, he uses props and costumes (guns, knives, noose and confederate flag, tattered clothes and rake, nail file and brush, AK-47 and burqa, stripper outfit and dollar bills, feather boa and "queer" marker) and creates the stereotypes instead.

The overall effect, to me, ends up being the opposite of what he intended. Viewers do not have to confront stereotypes they may hold when shown that an average Muslim woman could be a nurse and not a terrorist, an average Mexican American could be an artist not a thug, and average African American man could be a CEO not a thug, an average southern looking man could be a preacher and not a KKK member, a single mom can make it in life without stripping, etc. Instead, they are shown "successful" people and then the same person dressed as a stereotype already created for the viewer and not assumed by them. Thus, you have people reinforcing stereotypes thinking, "wow, maybe my muslim nurse may be a terrorist, that CEO might have a thug past, that artist may still be a thug, single moms can only make it by stripping, that southern preacher might also be a member of the KKK" etc. rather than confronting the validity of their own stereotypes.

I agree with most of what you wrote here. The images are all very well done. I appreciate them for the artistic substance. I like the idea of showing how we need to hold lightly to the stereotypes we have.

I also found the execution of the concept could be stronger. I think choosing to show the stereotype image first gives the punchline before the context. I think all the elements are there, just presented in the wrong order.

In my opinion, I think he could have presented a text description of the person (i.e. Muslim woman, mid 30's, strong religious beliefs, NY resident - or something similar), no image, then the stereotype image (did my initial thoughts about this person match the stereotype? Hopefully not!) and then the actual. Let the viewers own stereotype play out first in their mind, see if it aligns with the extreme stereotype and then have the reality shot dispel the poor assessment, if there was one.