Caulton Morris wanted to send a message. He detests the fashion industry and the over manipulated images included. So what did he do? He took pictures of himself doing a headstand. Now before you call it crazy, read out the full reasoning.

“Since we get enough digital retouching in our daily doses of media, Caulton Morris prefers not to use it in his work as a symbol of his detestation of the fashion industry. As the majority of his photos in the series Upside are self-taken using the ten second timer on his camera, he has found increasingly creative places to do a headstand and capture it just before he falls.”

I have to say, although the idea may seem crazy to many, it's pretty difficult to actually execute some of these. I couldn't even do a head stand! And in the end, it's a concept that was meant to actually garner attention, which it has. So I guess his intention worked.

Now, how do you find the concept? Is he going about it the wrong way? Does the message actually match the theme? 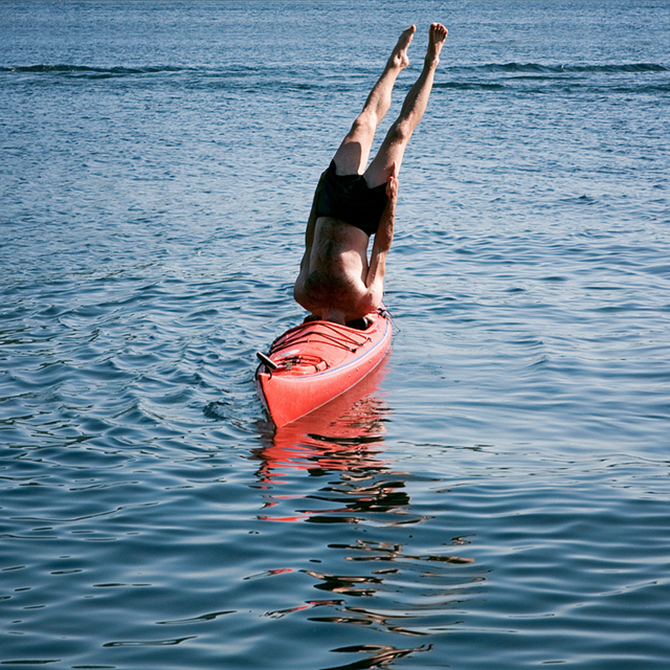 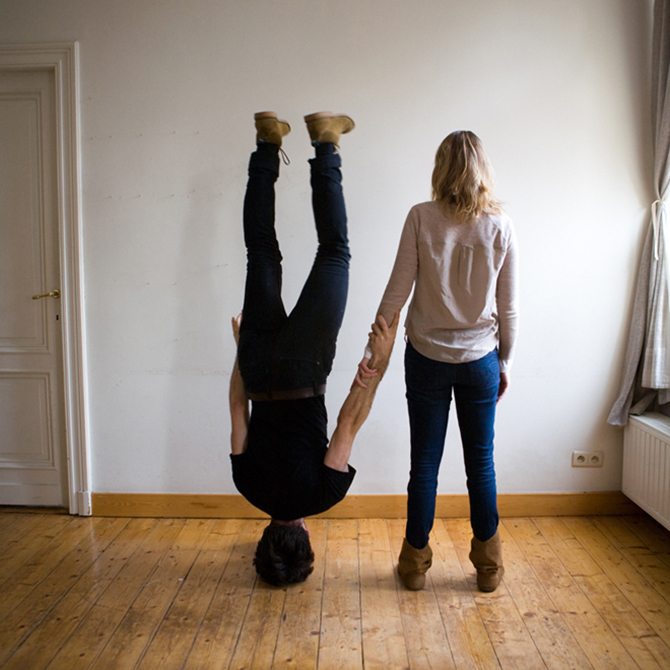 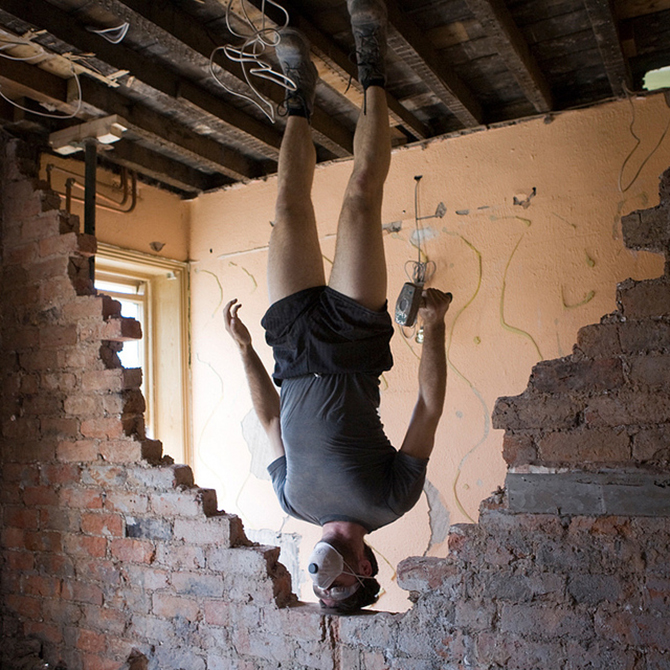 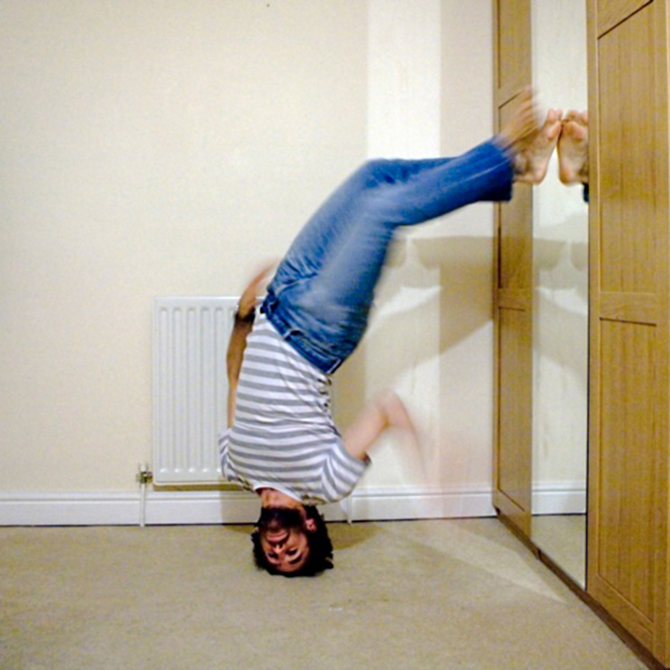 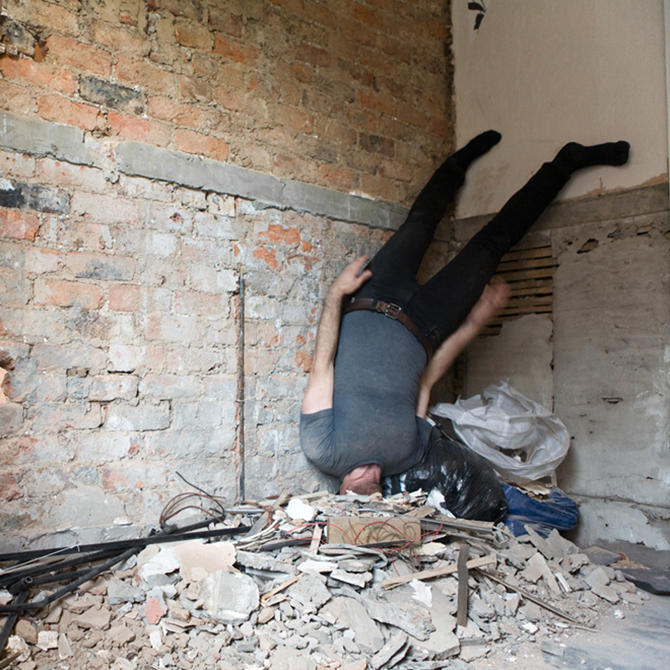 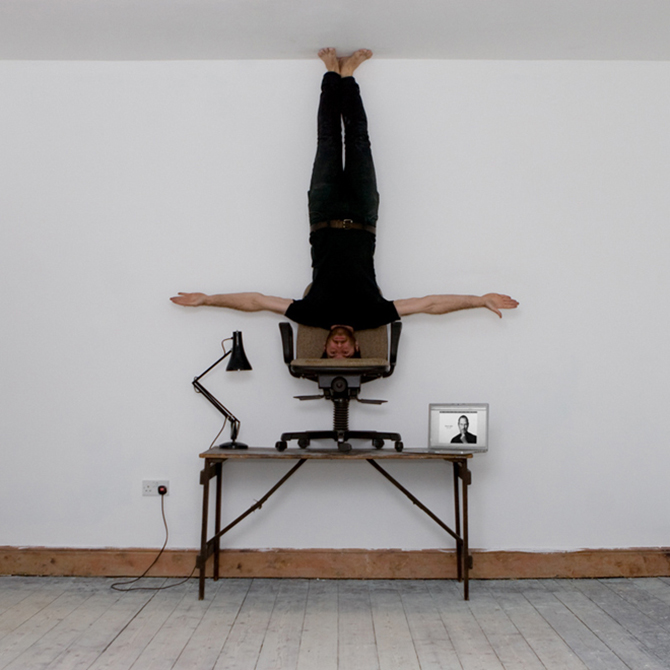 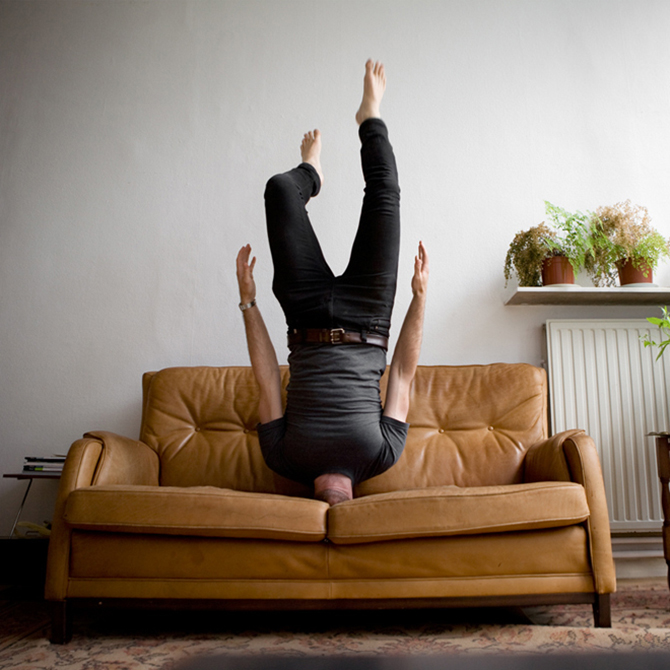 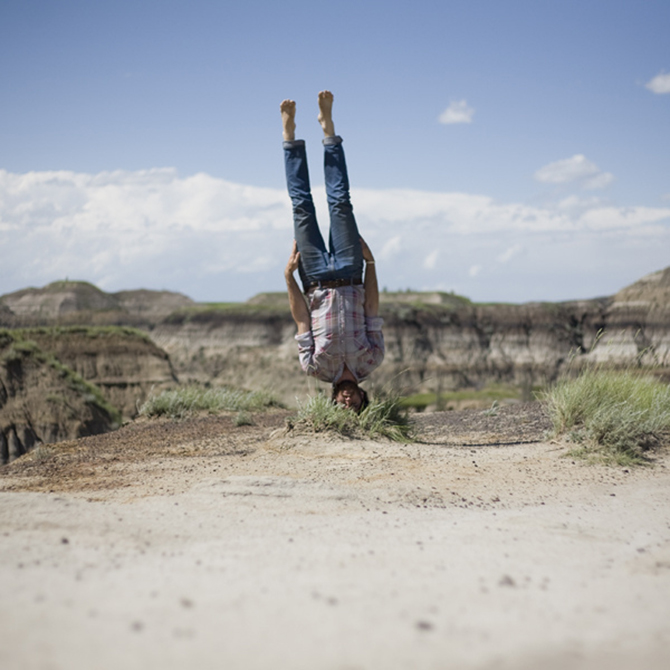 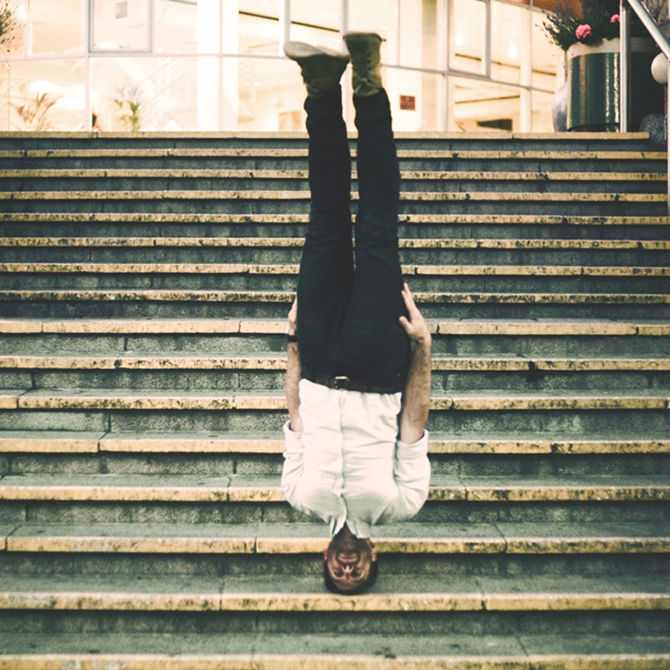 You can check out his work here: http://www.stcm.co.uk/project/over-and-over/

Education / May 23, 2020
A Retouching Course That Will Set You up for a Career Path as Professional

I detest corrupt government so I'm going to eat a burrito

My thoughts exactly. I don't get the link between the cause and the action he took.

Different yes. Meaningful? As meaningful as ALL the planking iphone pictures i've seen...

Planking is just too mainstream for him

dain bramage if he keeps it up....

I can understand a problem with the fashion industry. I went to the Mario Testino show in Boston a few weeks ago. It was… impressive. Huge, perfect prints of perfect people looking perfect. On a technical level, it was definitely worth while. I wasn't, however, even vaguely inspired. It didn't make me feel anything because it's all very self-contained, detached and constructed toward the end of… what? Making pretty people look prettier? Cool.

What I couldn't understand is how my friends just refused to accept how much retouching is needed to make some of these models look how they did in the Testino shots. They really think Giselle has magically flawless armpits and her skin doesn't fold no matter where she bends her body. Giselle is obviously a physical specimen, but no one could appear that flawless in a 12 foot tall print, and it just frustrates me that people can't accept the construction aspect of this type of work, and it does warp people's expectations of reality in a really nasty way.

Graham
I too went to the Mario Testino show. I agree on a technical level and inpiration as far as posing a great take. Photoshop is the reality of the world we live in. It all needs to be done with a delicate hand. As I tell my clients you will lokk like you are having a good day. Flaws add character. I want my portraits to tell stories. PeteSuttonFineArt.com

Looks like he's going to be in-line for a broken neck too if he's not careful !

10 seconds??? Say what you will, that alone is impressive. Especially the desk/chair one.

Step 1: Take quirky pictures of yourself.

Step 2: Give it meaning.
Result: Get attention.

This makes no sense and shouldn't have even been posted. Congrats on your 15 minutes tho! :)

I agree, personally I have no idea who Caulton Morris is, if he's somebody important I have no idea. That being said, to me this just proves that quirky gets attention; it's the internet way otherwise he would have never been taken seriously. It also proves that it's easy to get attention and pretty much nothing else. What else will come of this? How is this going to cause other people not related to him to start thinking about going against what their boss's tell them and edit their photos less? Or cause a model to stand up and say they refuse to be edited into a cartoon? It won't, nothing will come of this other than the falseness that it is, he'll get attention and potentially make more money because of it, there is no cause here, just attention.
Why didn't he do this with fashion models? That would have at least felt like he put SOME effort into it. When I see stuff like this it makes me think of those 80's movies you see of art galleries in LA where the owner takes a canvas of a red dot WAY too seriously.

I feel sorry for his neck

Why hate on the way other people produce images?  And from his clothing, it doesn't look like he has any interest in fashion anyways so why is it such a big deal that he has to "detest" it?  Sounds like hipsters hating on digital because it's so mainstream.

absolute crap.  another jackass who doesn't realize or appreciate the amount of work that goes into making images what they are.

1. planking is done and really lame, it's 2013 now.
2. hipsters hating on fashion, are fashion concious themselves.
3. you wanted people to talk about you.  you got it dude.  this ins't art. this isn't relevant. this is some hack photographer way of getting attention.

next time use a guillotine to remove your head.  now that'd be something interesting to look at.

Sorry, not seeing the relevance here. "OK" images anyone with an dSLR could make, and a "message" that's been beaten like the deadest horse of all time... You guys missed the mark on this one fStoppers...

Some of those are cool. For sure. Does it mean much? Dunno, up to you on a personal and specific level/individual basis.

I think, and this is personal, that the best and most timeless images are ones that are not really edited too much. There is a LOT of photography out there that basically relies on the editing to make it "good" or "interesting". I know this is how some people like to do things, but me... no, and again, it's personal - but I don't see that as a long term product.

But I don't care what others do, we all go through phases, and some of us... longer than others. But I definitely think the most powerful and long lasting images produced by photographers are the ones that are edited less, not more.

I think a lot of you guys are missing out. I didn't see a single comment that actually talks about the most obvious interpretation of these photos; that he can be perceived as right-side up and the world is f--ked and upside down around him. Or, maybe his message is too clear and you're all being harsh for his lack of effort but the reality is that he went out, took some shots as personal expression and earned the attention, did you? So far all you guys have done is sit on your computer and write callous comments that could draw negative attention to your name and possibly your photo career (if you even have one). Take a hint from Caulton Morris and go express yourself.

And that jab about if we have careers at all wasn't callous at all, right? :)

It will turn the fashion industry on it's head.