Photographers directing virtual photoshoots through video calls has become the new trend, since lockdown laws were enforced throughout the world. However, one photographer has gone a step further and has managed to produce what may just be the first ever wet plate portrait taken over a live stream, through video call app Zoom.

Self-taught Shane Balkowitsch specializes in wet plate ambrotype photography, so much so he says “it is the only process that I know.”

Describing it as “creativity out of necessity in isolation of a pandemic,” Balkowitsch made the call from his native US, to video chat with Morgan Barbour, who lives almost 4,000 miles away in the UK. Having done some research, the photographer speculates that this may be the first-ever wet plate portrait taken over a live video chat. 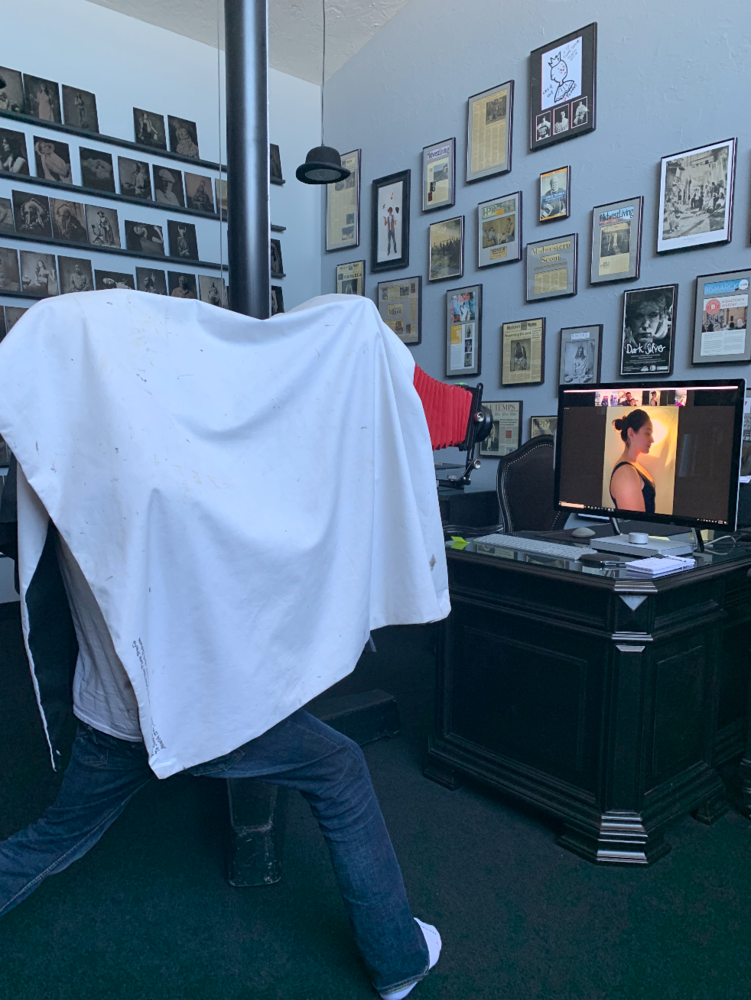 For the shoot, Balkowitsch directed Morgan to hang up a white sheet for use as the backdrop. Opting to turn the ambient light off, he then asked his subject to place a light behind the sheet, casting his subject into darkness and leaving only her silhouette visible. 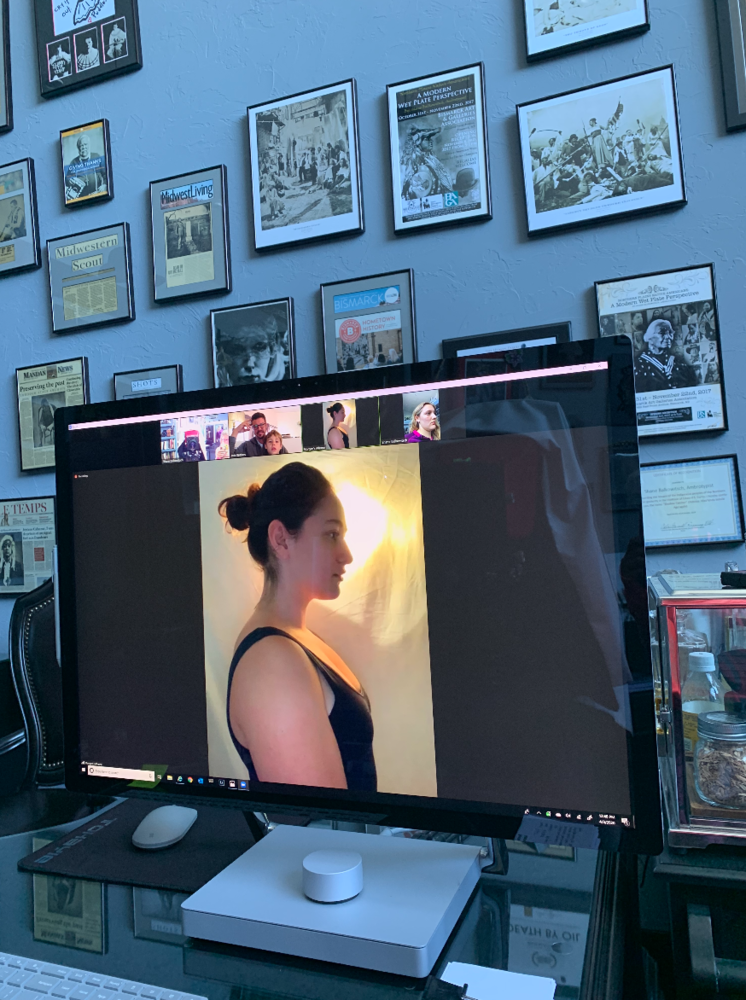 Model Morgan then had to sit still for 60 seconds as Balkowitsch used his large-format camera to take a picture of his computer monitor. He recalls:

Our idea was to capture her silhouette in silver on glass. So the light bounced off her face captured by her iPhone. That image was then transmitted over the Internet to my computer screen. Then my focused lens and chemicals had to interpret the light from my monitor and render her portrait in silver on glass using a 170-year-old photographic process. 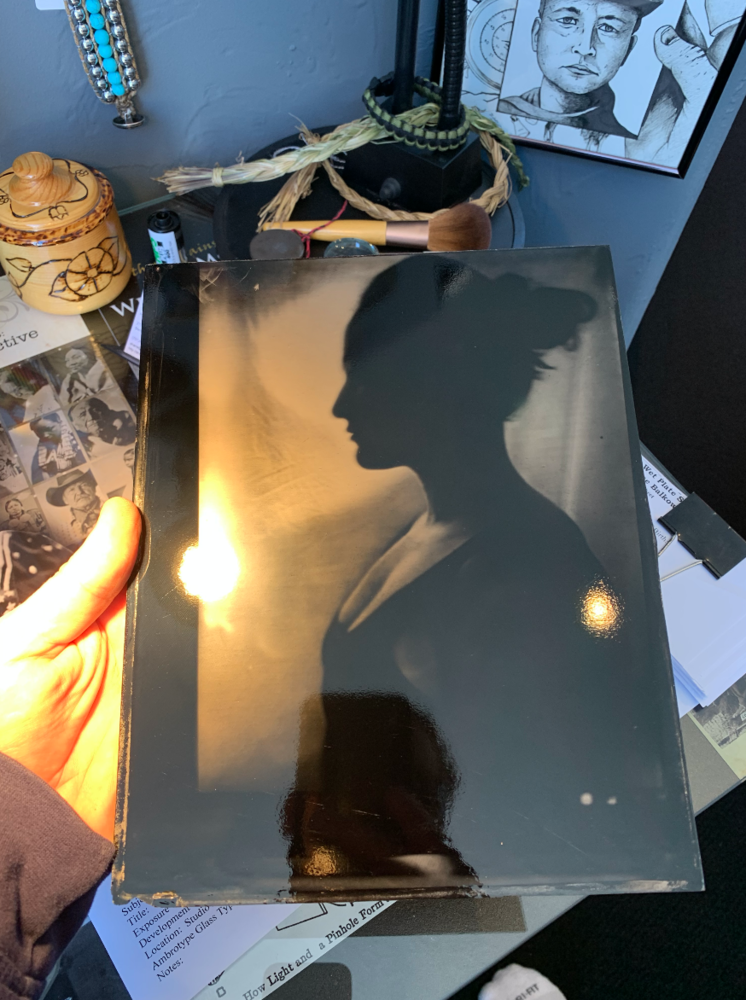 There’s also a 45-minute video of the call, if you wish to see how he pulled it off.

Boring. Just cuz there is a new shiny object doesn't mean everyone has to jump on the bandwagon. Please stop covering these. What next? "Here's How a Photographer Took a Wet Plate Portrait Over a Live Video Chat of his first bowel movement of the day"

Found that interesting! Something to remember the times we're currently living in.

Just dumb, what a waste of time. I agree with Yin.