I was really taken aback when I came across this series of images by Frieke Janssens. They're so incredibly striking, and I imagine it's difficult to look at them without being affected in some way. The video shows some behind the scenes footage, and ends with the clip that inspired the entire series. Here's an excerpt from Janssens' website, where she explains the inspiration for the project:

"A YouTube video of a chainsmoking Indonesian toddler inspired me to create this series, "Smoking Kids". The video highlighted the cultural differences between the east and west, and questioned notions of smoking being a mainly adult activity. Adult smokers are the societal norm, so I wanted to isolate the viewer's focus upon the issue of smoking itself. I felt that children smoking would have a surreal impact upon the viewer and compel them to truly see the acts of smoking rather than making assumptions about the person doing the act. Coincidentally around the time of the "Smoking Kids" gallery opening, a law was passed, and smoking has been banned from Belgian bars. There was an outcry from the public about government intervention, feelings that freedom was being oppressed, and that adults were being treated like children. With health reasons driving many cities to ban smoking, the culture around smoking has a retro feel, like the time period of "Mad Men," when smoking on a plane or in a restaurant was not unusual. The aesthetics of smoke and the particular way smokers gesticulate with their hands and posture cannot be denied, but among the different tribes of "Smoking Kids," - Glamour, Jazz, and The Marginal - there is a nod to less attractive aspects, on the line between the beauty and ugliness of smoking. To assure you of the safety of the children, there were no real cigarettes on set. Instead, chalk and sticks of cheese were the prop stand ins, while candles and incense provided the wisps of smoke." 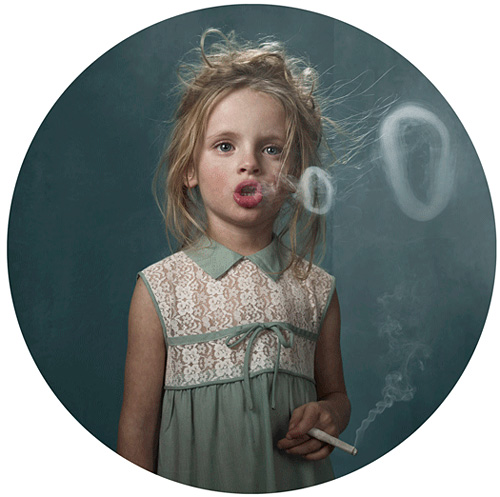 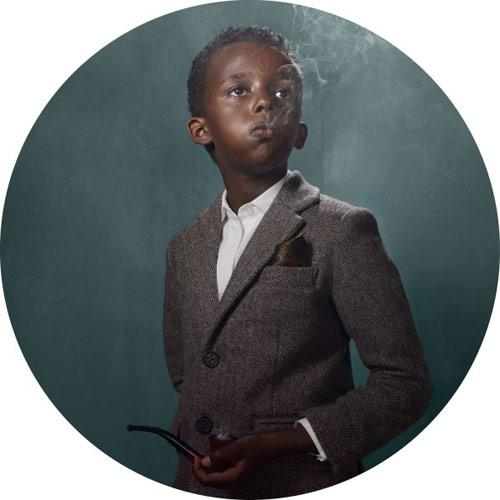 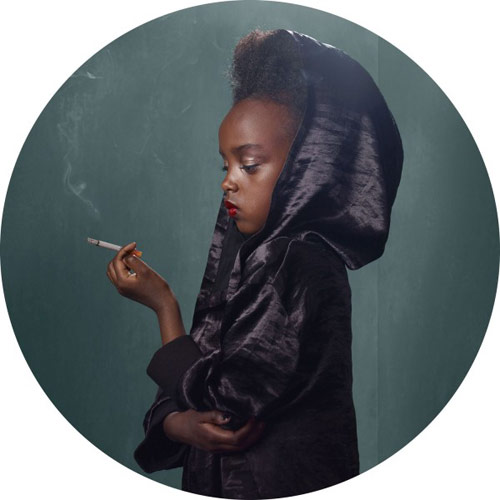 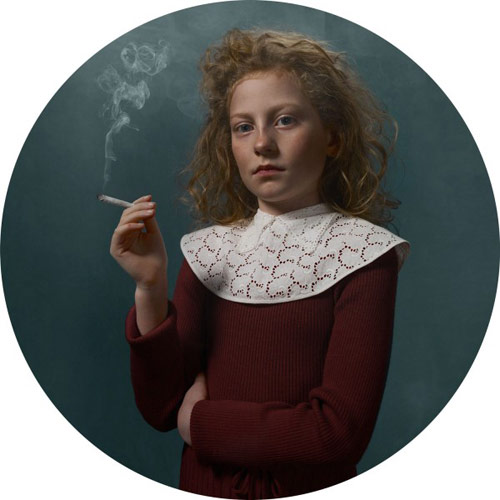 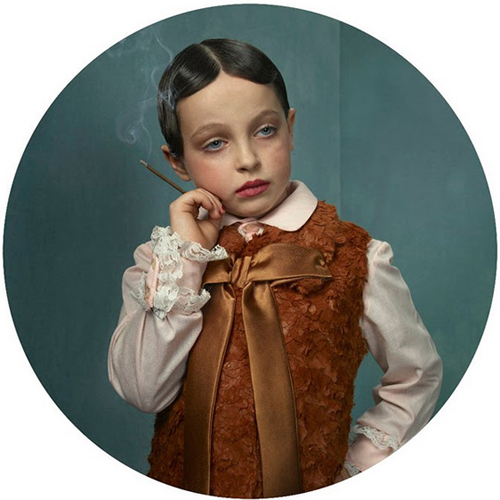 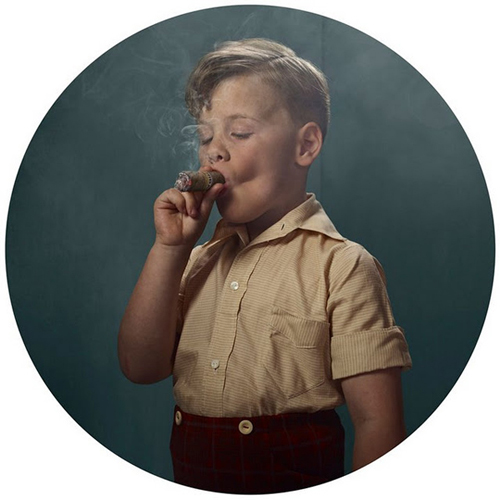 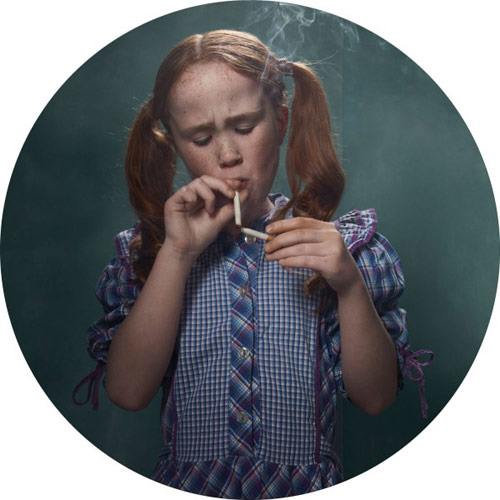 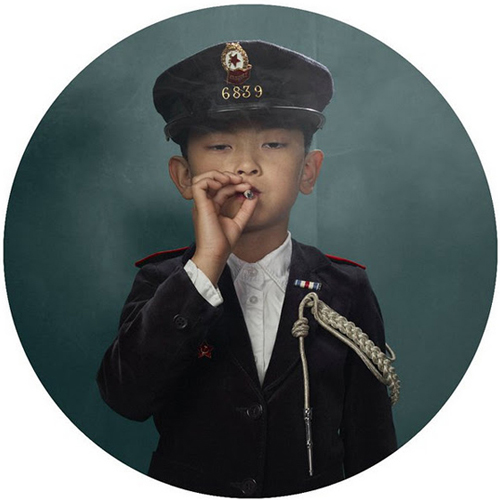 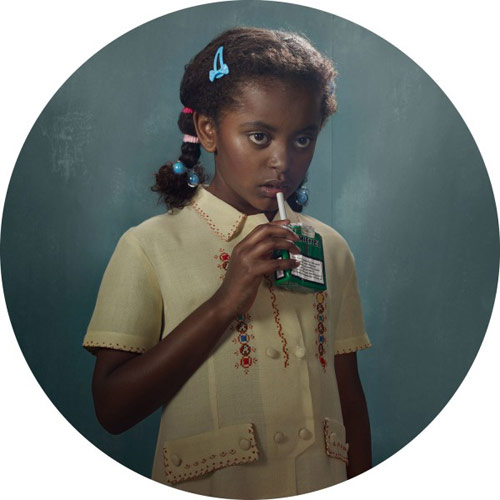 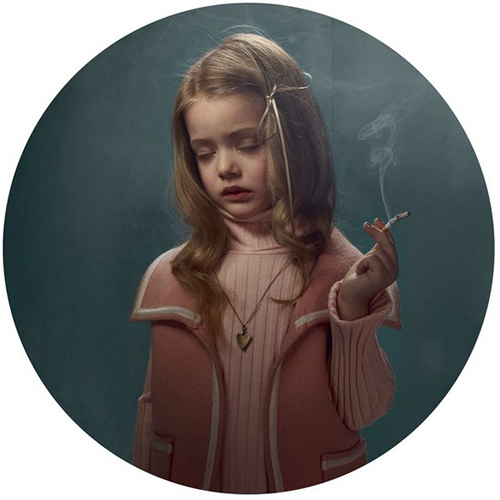 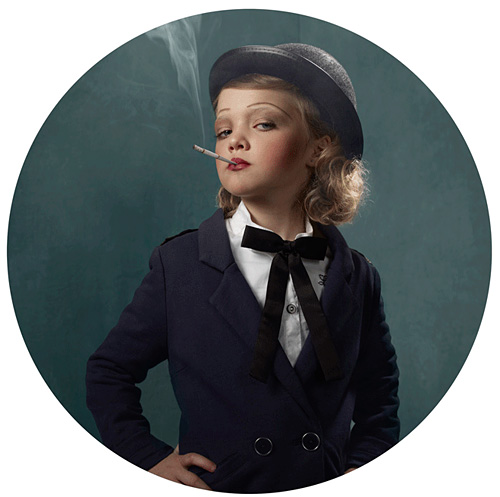 I loved that, and I hate smoking. But I love kids, but not kids that smoke!

Good lord, these are awesome!

They gave the kid a Cohiba, so you know that quality wasn't spared. Odd to see, but very well captured.

this is sickning, this is the reason this wold is the way it is, how can any one find this artistic, there are so many things a photographer can take pictures of and she chose to denigrate the only pure thing we still have that is still kids, and i know someone is going to say is just art, but where does it stop, there are rules we should never break.

did you read the story first? personally I think that this is so out there that people may stop and think about how smoking is ruining a child's life. And, there is a lot worse things that these kids could be doing, their innocence was already ruined before this. Have you seen what is put on display as advertisements and on tv?

"their innocence was already ruined before this. Have you seen what is put on display as advertisements and on tv?"

Do you even know that these children watch tv?  I know if I was a parent right now, I'd think twice before letting them melt their brains with the mindless sh!t we have on tv today.

Have to love the overgeneralized "but this isn't as bad as____" arguments on the internet.

Please get a degree.  Or study any kind of logic.  Then get back on here and answer that.

Lighten up dude, it's just a picture.

why shes holding a lighter?

Smoking facts for kids and students 2018