All Six Star Wars Films at Once is a Trippy, Nerdy Experience Fit for a Gallery Installation

Have you ever wanted to watch all six Star Wars films in under three hours? Ever wondered if Lucas hid Easter eggs only viable when double-exposing certain movies? Two months ago, YouTuber "marcus"  (Marcus Rosentrater, senior illustrator for FX's series, Archer) teased a super-mashup of all six Star Wars films with this nine-minute sample. The entire video, now released in it's two-hour-twenty-two-minute glory is oddly watchable and possibly fit for its own gallery show as seen in the curated screenshots below.

The result of the mashup is really pretty lovely, a mix of potent cyan shadows and orange-tinted highlights, accentuated by layers and layers of color grading. While I'm not sure I'd watch the entire film(s) start-to-finish, I had a really great time jumping around the video finding how the action overlapped and wanting to punch through my screen whenever I caught a glimpse of JarJar.

Turns out the only way to make the prequels watchable is by layering them over each other and Episodes IV, V, and VI — who knew?

The full 200+ image gallery of stills from Marcus can be found here.

[Via marcus and The Verge]

Garbage! might as well just start screen shooting all these comments and sell it for myself with that thinking spencer wallace 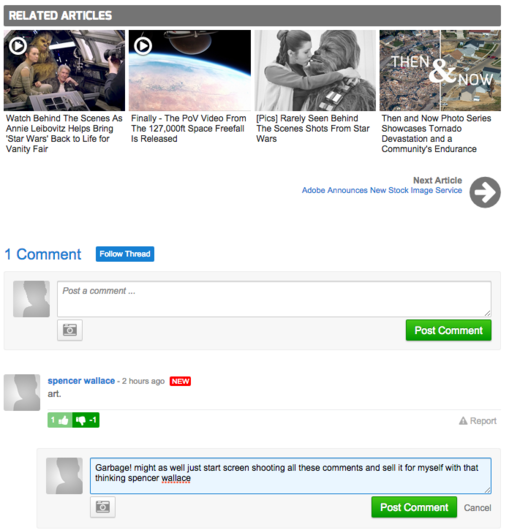 i'm no rocket surgeon, but i think he was making a joke, or at the very least a tongue in cheek comment.

Even tongue-tied and twisted I can clearly declare... yuck.

Yeah...not seeing the appeal of these at all. Someone will buy some for a ridiculous amount of money though.