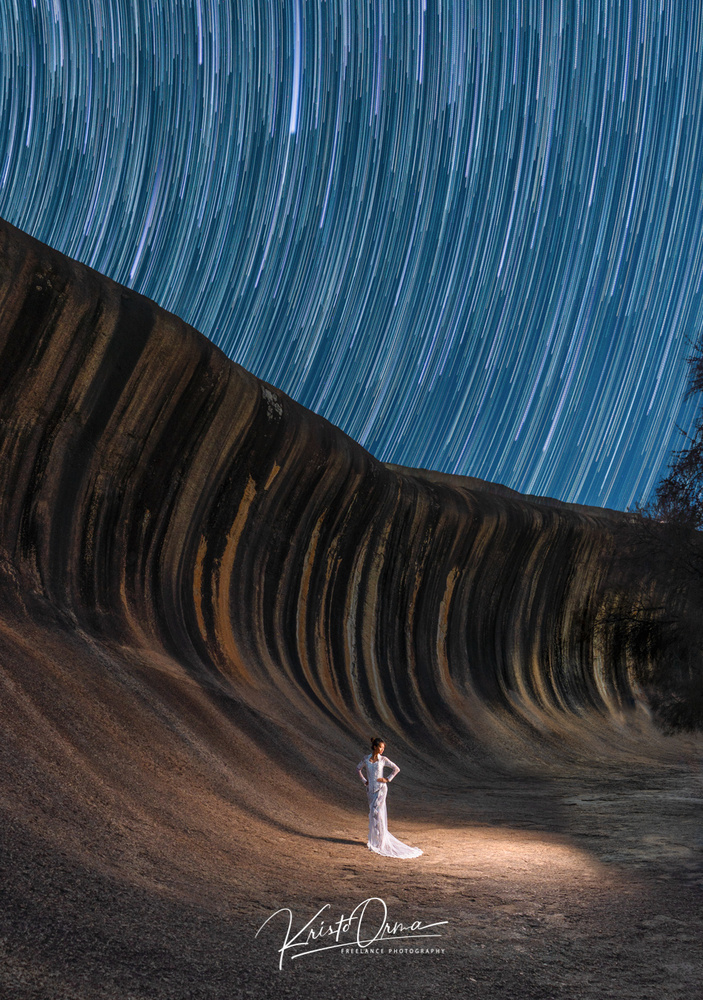 Wave Rock, Hyden, Western Australia. One of Australia's biggest waves is also the furthest from any ocean - Wave Rock rises 15 metres above the outback plain and its 110m long. Wave Rock has cultural significance to the local aboriginal people who believed that the rock was a creation of the Rainbow Serpent, and was created in his wake by dragging his swollen body over the land after he had consumed all the local water.
To got this final image, first I did foreground shoot after sunset to get sharp foreground. Few hours later I started shoot stars and I spent doing this around one hour to get 125 shots.
The model on this photo is my lovely wife wearing her wedding dress.

Great "portrait" from a distance. Love the landscape and composition!

This is awesome and epic

This is a superb photograph and your body of work is excellent. I would suggest that unless you are using this photograph as the front page of your brochure that you make the "stamped" signature black, smaller, and move it to a lower corner of the photo. I would have given this five stars but for that. Everything else is right in this photo, including the imagination you used to create it.

Thanks for great words