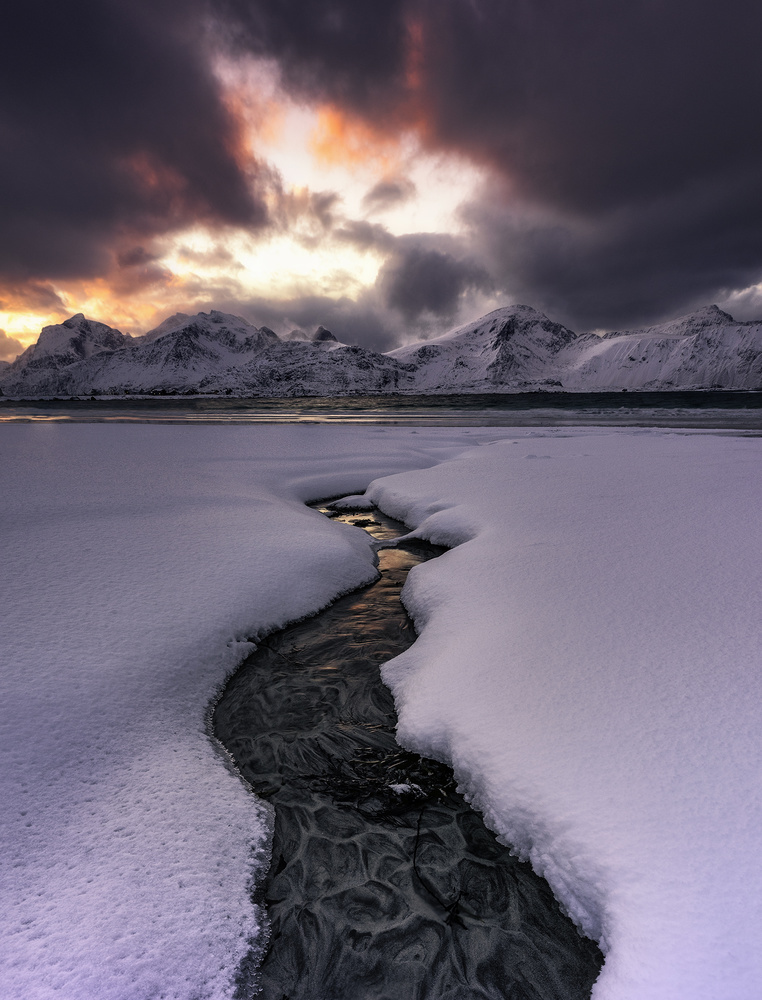 The colorful sunsets were quite spared full during my last trip to Lofoten but I did get home with a few images where the light actually decided to pop out between the heavy snowfalls.
I had just finished shooting at another location and decided to head back, just as I passed by the small town of Ramberg the light broke through the clouds and I pulled over at a parking lot near the beach. I was not the only one while unpacking my gear multiple cars arrived and I've never seen so many photographers run with tripods, bags, and cameras in their hands trying to get through the deep snow and down to the beach.
I didn't want to lose the light, so I settled with a quite obvious composition with the creek leading into the mountains and the afterglow from the sunset.

Amazing shot!!! Looks like it is from a movie! Nice work

Thanks for the compliment man!