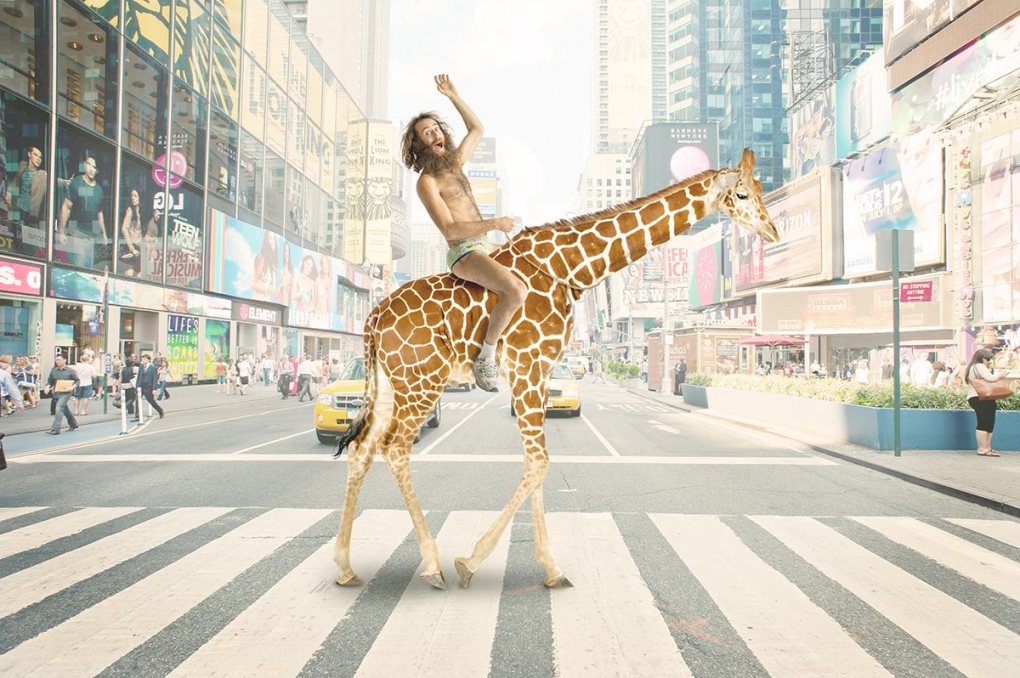 During the production of Photo Throwdown - NYC I had the pleasure of spending a bit of time with Matthew Silver who not only has a powerful message, but is quickly becoming a hit sensation as a street performer in NYC.

I photographed Matthew on a white background using the natural light coming in from the many windows in Peter Hurley's 12th floor studio. I knew I wanted to create an image of him riding an animal through NYC. I had him straddle a stool and go through a few motions as if he were really riding a giraffe.

Later, I purchased stock images to finalize the image. Through compositng with my trusty Wacom tablet, I was able to set Matthew on top of the giraffe adding in a rope and shadows. The goal wasn't to have a realistic image but more of a comical one.

I'll admit I giggled like a little school girl the whole time I was making this image.

I think we all have wanted to do this at some point in our lives.

Hope that description works! :) Thanks for the interest!!

lol I know him, I watch him in union sq every day!

Crazy funny and there's so much story here!
I love how the giraffe is clearly 'not amused' :)