Lenstag is fighting theft with the device in your pocket, not the small six shooter but your smart phone. Lenstag has launched their mobile platform on both iPhone and Android. The new app makes logging and verifying your gear a breeze. So if your state doesn't let you have a carry permit check out the app and help fight theft in the photography community.

I spent about 20 minutes and was able to log most of my gear. Hopefully I will not need to use this app often, just for all the camera gear I get for the holidays. I recommend checking the app out and logging your gear. It is good to have a database of your gear's serial number.

Here are the details on the new mobile apps.

•Both apps are live & ready to be used.

•Add gear & take a picture of an item's serial number in a single step.

•Check serial numbers against the stolen gear database right from the app.

•Transfer items to other users even if they aren't Lenstag users.

•Report items as stolen with a single button. 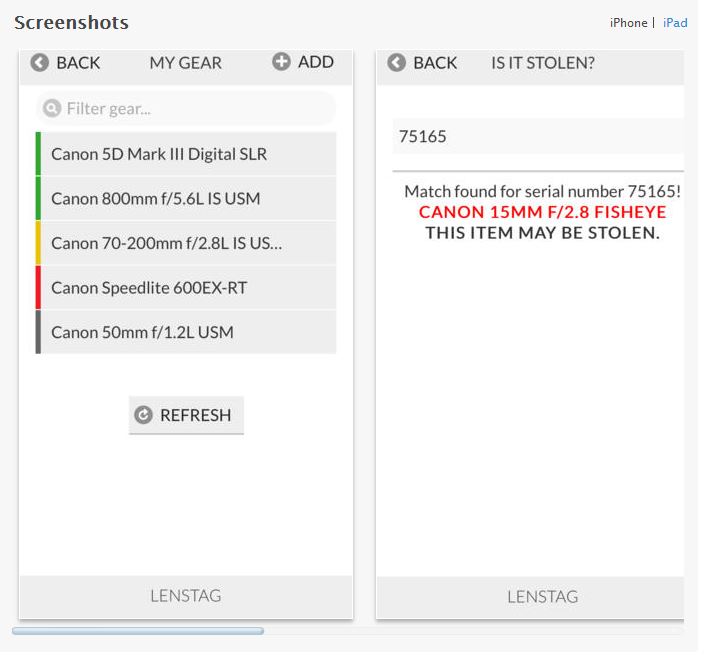 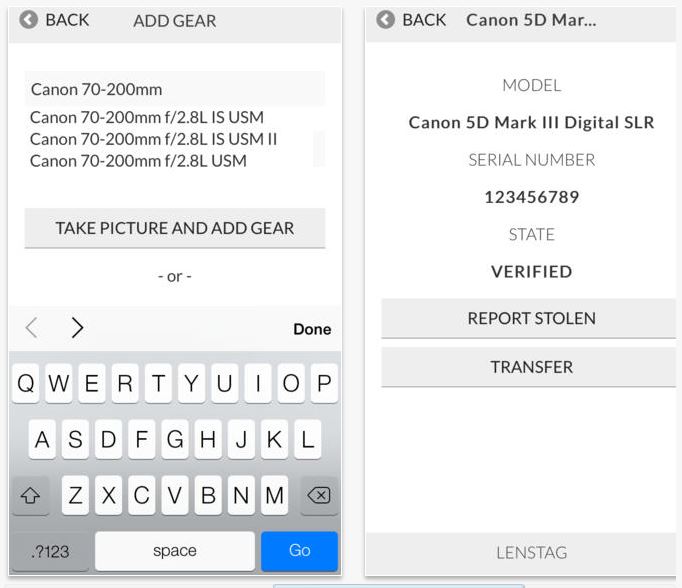 cool! everyone shld start using it

A database of your gear is definitely a good thing.

Ive bought a lot of things off craigslist and ebay, Im kind of scared to see if my lens' and camera bodies were stolen

While I think this is a good idea what is to keep a thief from stealing a lens and registering it if a photographer has not done so yet.