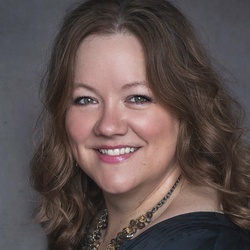 Pet photography is as popular as ever right now, as more and more people become pet owners. In fact, according to a recent survey by American Pet Products Association, nearly 80 million American households have pets.

A recent anonymous social media post is being spread like wildfire all over many photography groups and pages. In it, a woman claims she has had all of her accounts frozen, has a lien on her home, is being held liable for over $45,000 in delinquent taxes, and might possibly be banned from doing business in her county, because for five years, she has failed to report income she has made from photography.

The cinematic look is everywhere in photography. But is this trend, rich with orange and teal tones, on its way out? PJ Pantelis thinks so, and he has an idea of what he thinks the next big editing movement will be.

Imagine the amount of knowledge that flows when you get to sit down with three of the most legendary names in the photography world. In these excerpts from B&H’s OPTIC and Depth of Field Conferences, we learn from three of the most esteemed photographers alive today.

Who better to hit up with some photography Q&A than two top travel and landscape photographers? From the new IGTV to planning for your best landscape shots, these two give some great advice and share some laughs.

What should you be doing today to ensure your photography studio is still viable decades into the future? Reflecting on 10 years in the business, Photographer Phillip Blume of Blume Photography offers advice on how to sustain a photography studio that will be productive for decades to come.

What happens when you pack up an entire production crew, a bunch of kids, and a thrifty budget, and drive south for 24 hours to New Orleans to capture images in the Louisiana swamp? Matt Barnes shares a behind-the-scenes video of the production of his personal project, entitled Hell or High Water.

Creating realistic composites in Photoshop can sometimes be tricky. It is imperative that your selection process is spot on, and that your subject so perfectly matches the new background that you’ve placed it in, that not even the trained eye will be able to tell that it’s a composite.

Do you struggle when photographing small, intimate wedding ceremonies where natural lighting is inadequate or even non-existent? As a wedding photographer, you need to have the right tools to light a venue, and more importantly, you need to know how to use them to make amazing images.

No matter the sneaky techniques you use to get around it, sometimes eyeglass reflections are just impossible to avoid when photographing people. It’s always best practice to have the client remove the glasses for a single shot so that you have some bare eyes to work with in Photoshop, but for times when this is just not possible or you simply forget to take that extra step, this video will guide you through some great ways to fix that glare, without a ton of cloning or eye-swapping.

Working with professional models, those who know exactly what moves to make and how to position their bodies, can be a rewarding experience. However, it's one that most of us don’t have the pleasure of on a regular basis. In this video, you’ll learn some great tips for making your everyday client look and feel like a pro.

Today’s corporate hard-hitters are busy people who don’t always have time for an entire photo session when they look to you for business portraits. For this reason, you must be prepared to accomplish a variety of looks in a time-efficient manner. This video from Jay P. Morgan of The Slanted Lens focuses on the importance of making short work of corporate portraits.

Color calibration is a necessary step in getting the very best results in your photography, yet many photographers avoid it altogether, leaving the final color edits to their printing lab, and basically turning over the outcome of an entire session to a complete stranger who knows nothing about your editing style or desired end result.

In the evolving world of photography lighting, it can be challenging to know which lights and modifiers are best suited for maximum impact in different places and situations.

While beautiful, classic family portraits will never go out of fashion, sometimes clients desire something that shows the fun, frivolous nature of their relationships with each other, as well as the lifestyles they love. A fun, outrageous portrait that shows the special family dynamic may be just what your clients are looking for.

When Jon Mozo, an acclaimed surf photographer based on O’ahu’s North Shore, died in 2005 at the age of 33, he was doing what he loved best: photographing Backdoor Pipeline, which is considered to be one of the world’s deadliest waves. Among the four children he left behind is a daughter, Amber, who has followed in her father’s footsteps, photographing surfers, and recently visiting and photographing the very place where her father lost his life.

In the magical world of Photoshop, there are lots of different ways to change an object's color from one hue to another, but achieving a change from color to a realistic white is sometimes challenging. This video from Helen Bradley will show you one way to get quick, realistic results when changing an object from color to solid white.

Practically everyone needs a great headshot these days. If you have a desire to get started in headshot photography, this video from Canon Technical Advisor Eric Stoner is full of great information you can use to begin.

A Soviet woman spent nearly 40 years photographing the world around her, but it wasn't until after her death that her photos — and her significant talent — were unearthed. As her daughter began to develop some of the thousands of negatives that she found tucked away in the family attic, she discovered a skilled genius who sadly never felt herself worthy of recognition.