Is The $27 Takstar Mic Good as The Rode Pro?

Many photographers create video content to supplement their photography and they know by now that bad audio is a great way to destroy beautiful footage. They also know that's easy to break these delicate devices as we pack more and more gear into our bags. It was the constant breaking that led me to this shotgun mic which will not break your bank.

I've had bad luck with microphones and I could blame many things, but ultimately it falls on me. Because I'm careless with my gear and often times I won't give myself the extra minute to pack the gear properly. Other times I feel bad craftsmanship resulted in faster wear & tear. Either way, replacements add up and over time a couple hundred here and there total too much! 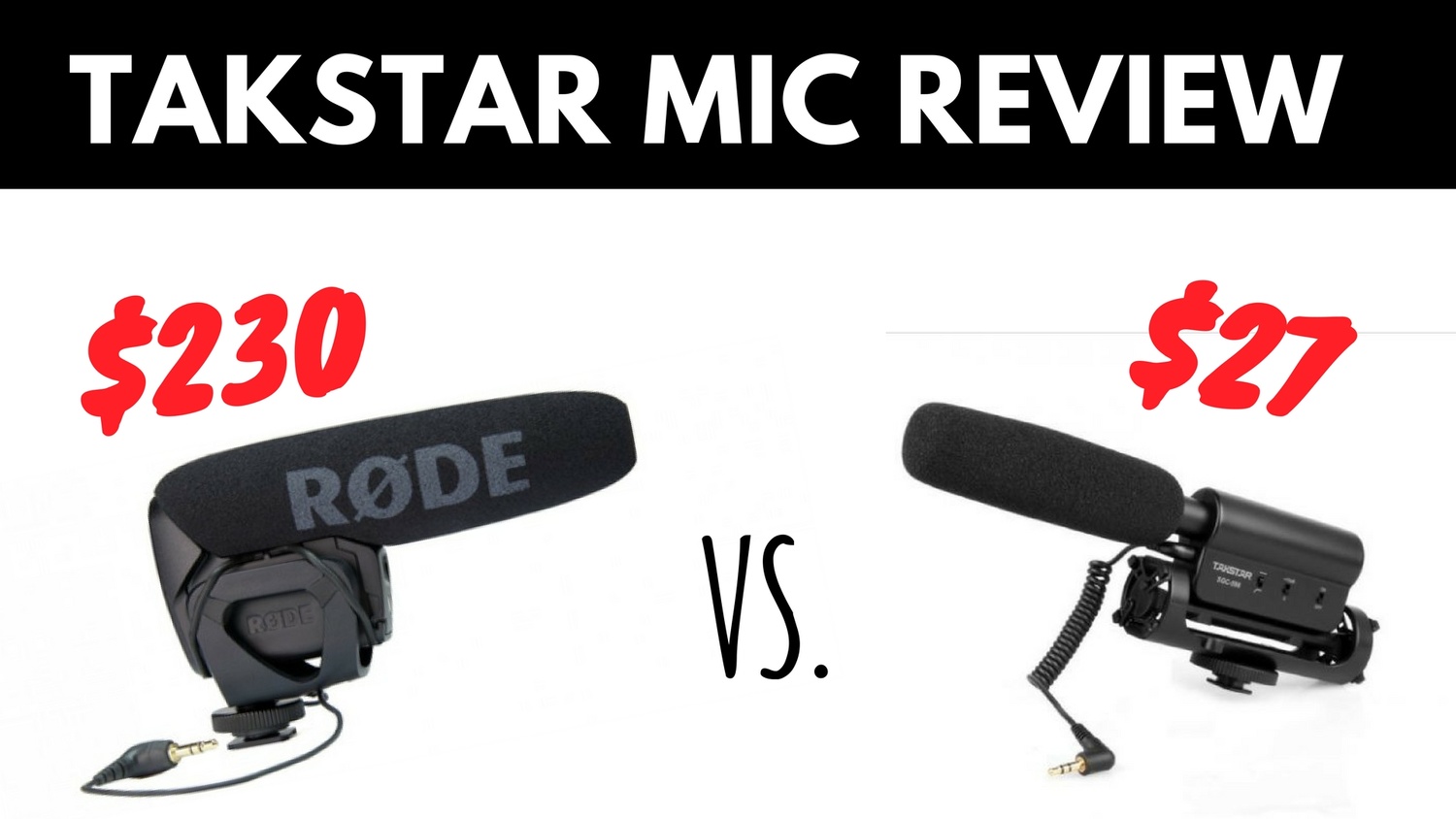 I had the Rode Pro Mic, it cost about $230 and worked great. Then the battery died and I struggled to open the badly placed battery door and broke it. That's OK, I taped it shut and then I realized that I also cracked the cheap plastic near the hot shoe when I shoved it in my camera bag. Great! For $230 do I send it in for repair? It's expensive enough be upset, but not expensive enough to send it in for repairs.

Then I bought the Seinnheiser MKE mic, it cost me about $200. This was to replace the Rode Mic that I broke. It worked really well! It was smaller and sturdier and was a great option. A few shoots in, the audio started to act up. It went in and out and ruined an interview. NO! Do I send it in for repairs or just buy a new one again?!

Enter the Takstar shotgun mic that cost $27 and supposedly has a similar sound to the Rode. There's no way that a $27 shotgun mic has the same sound as a name-brand mic costing over $200 more! However, at that price I bought it. I looked online for reviews on YouTube, but no one really tested it out in a variety of settings that fit my needs. Well, I decided to buy it and run my own tests, and then decide if it's good as the Rode mic.

Test 1: Take it to a little league game, capture a variety of sounds that are obvious and then not so obvious.

Test 2: Household and life sounds like opening a fridge, slamming a door, tapping your hand, and using a cutting board (also a bunch more). 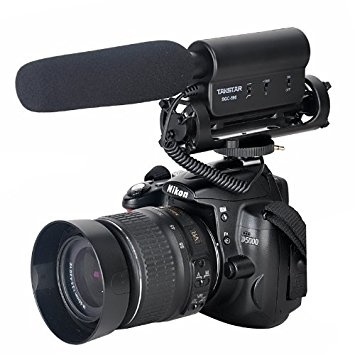 Did it outperform the Rode mic? No, it didn't, but it gave the name brand mics a run for their money. It's close, ridiculously close to what my Rode captured. To the very trained ear, they'll notice a difference. To the majority of people (like nearly everyone on your YouTube channel), it's hard to tell the difference.

What do you think? Would you purchase a $230 Rode Mic or $27 Takstar Mic? Or do you prefer sticking to proven brands?

Walid Azami is a Photographer/Director and creative consultant from Los Angeles. He got his start working with Madonna + Co by contributing to her many projects. It was then he realized his place in the creative world & began teaching himself photography. He has since shot Kanye, Mariah Carey, Usher, Jennifer Lopez, and many commercial brands.

Much more in my budget. I will have to grab one of these. Helpful research here Walid Azami, thanks!

Thanks for saying that. I wanted to see it being used on "other" sounds and it performed quite well. I'm getting a second one just because it's $27 and my history of breaking microphones scare me.

I only have the Takstar which is my one and only dedicated video mic,so can't really compare it to so called "professional quality" mics.
What most reviews of this product (and others) fail to test them with is VERY loud sounds,something which cheap mics aren't usually very good at handling.
I used mine at an airshow last summer with sounds such as an army tank firing it's big gun from about 15-20 meters away,the Red Arrows,a Close up VC10 engine run and the Eurofighter Typhoon on reheat,all of which are VERY loud.I'm glad to say it handled all of these perfectly without any sort of clipping or distortion.
I like to believe that it's not always the case that it's too cheap to be any good when it costs as little as this,but a lot of more popular products such as Rode are just way over priced for what they are,which is nothing more than an old fashioned moving coil microphone with nothing in the way of any real technology helping it along.

This is my only mic also. A friend of mine wanted help filming some flybys on his Yamaha R6. I was pretty close to him when he went by. https://youtu.be/edPCaCvnTd0

This is the video if anyone wants to give it a listen. I'm not a film maker so don't judge on my filming skills.

Very quickly edited and my first time doing video with a DSLR,so hopefully it will get better with practice.

Chris sometimes I think the only thing that makes a microphone "professional" is advertising budget. I could be wrong and not accusing any of name brands of this, but I wouldn't be surprised if the microphones (or other gear) were made in the same offshore factories by the same workers. It's just about advertising sometimes. I'm happy to read you've used it for a while. Gives me hope!

The Takstar just doesn't have the ergonomics for on camera mics. For another $13, the movo vxr10 seems to do just as well and is a great size. Check out some comparisons on youtube.

Thanks James, I will.

I saw a comparison of these two mics on YouTube a few months ago. It was all I needed to hear. Across an unlimited spectrum of scenarios, the Rode is clearly better with all its features. But under the specific, controlled circumstances that I operate in, the Takstar is all I need. Having a spare mic or being able to mic two speakers for $60 vs $600 is a no-brainer for me.

Always comes down to cost and I've been prejudice of this mic because of that! How can something that's $27 be quality!? Well... it is. I agree, the Rode is a great microphone but $230 vs. $27? It's a no-brainer and for jobs that require precise sound for broadcast I just hire a sound person who is a true professional.

The Takstar has been my first shotgun mic and I have to say I'm really impressed. If I did more video professionally I'd move for the Rode or Seinnheiser, but for YouTube and small projects here and there- amazingly affordable. Great to learn on.

A good comparison would also be to compare it to the Rode VideoMicro.

Although camera mounted mics only marginally improve audio quality form a DSLR type recording rig, the improved audio helps when you want to sync audio up later from lavs or flown mics closer to the sound source. Camera mounted audio is only so good. It's always good to have an audio backup source, depending on the situation of course. Depending on what you're shooting, a lav feeding in to a cell or other recorder on a subject is good insurance.

However it's obvious that this mic is more than adequate for the job. Good deal.