Everyone in the industry must know who Pratik Naik is by now. And if you don't, then you should. In ten years Pratik has become one of the most famous retouchers on the planet.

But he didn't stop there. Recently he has been building up an empire with his Infinite panels, Photoshop add ons the automate various processes. The Infinite Color Panel came first, then infinite black and white, and soon to be released is the infinite texture panel. If that wasn't enough, Pratik is one of the nicest guys in the industry, building helpful and friendly communities on Facebook as well as handing out advice and cat memes to those in need. 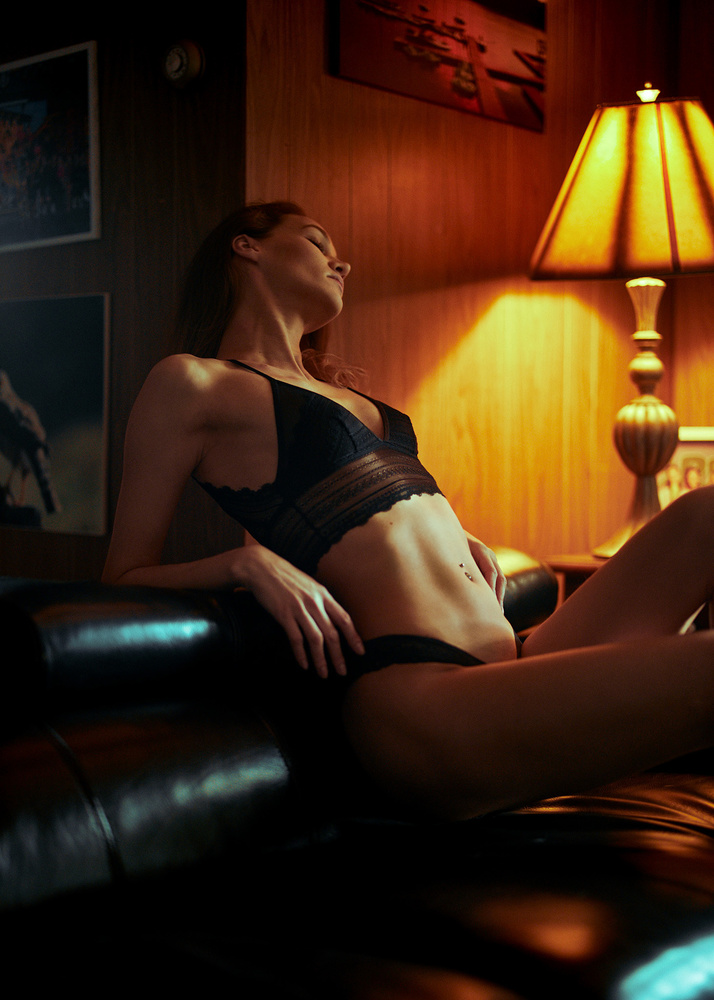 Recently Pratik has begun to experiment with photography, with amazing results. You can check his work out Shotbypratik. I interviewed Pratik about this change in direction. 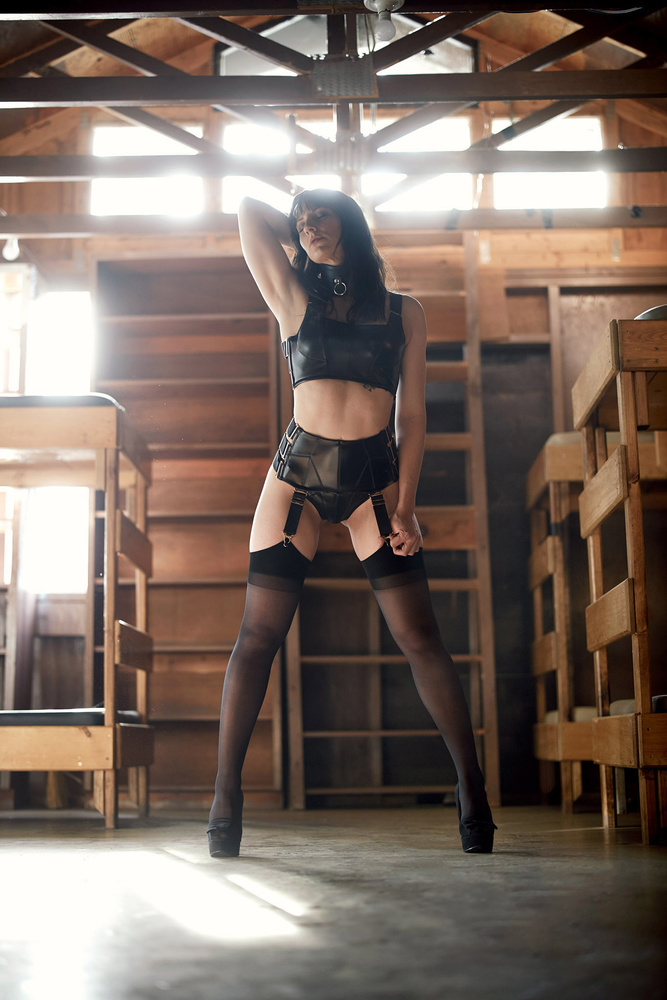 Pratik is well known for his amazing retouching work, and the infinite color panel. He says that people are often surprised when he tells them that he also does photography, considering he's been retouching as a professional for the last 10 years!

Even before retouching began, I’ve always had a camera in hand, with my first being an old Sony DSC P200 point and shoot. I got my start on Model Mayhem where I would eagerly turn from shooting photos of flowers and cars to people.

There is just something about portraits and photographing and interacting with others that got Pratik hooked. He says It probably stemmed from his days when he would draw portraits and anime in school. It stuck with him. Ultimately his initial experience with photographing people made him realize how much he also loved editing photos and bringing as much information as possible out of a raw file and cleaning up the image to produce a perfect arrangement of pixels! 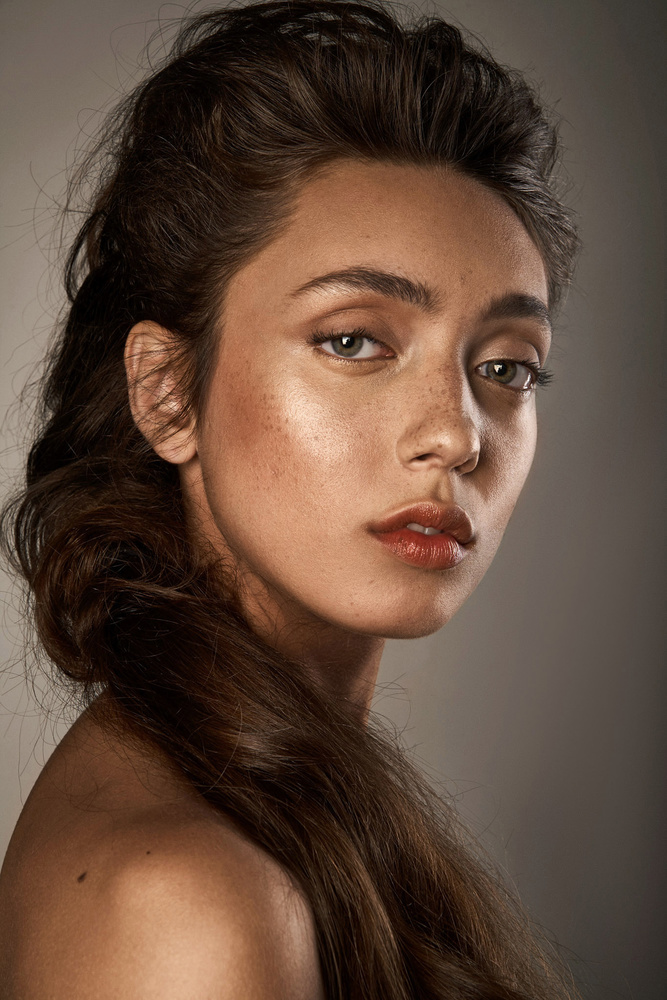 Along the way, Pratik never let go of his passion for taking photos. When retouching snowballed and requests began to come in working for photographers and teaching others how to retouch, he had to set the camera aside for lack of time.

I vowed I’d use these years to truly learn all aspects of how photographers around the world are shooting. I got to learn so much from seeing the raw files that it became a great education. It allowed for the opportunity to go on set and also learn how they lit their work.

Another aspect Pratik learned was how photographers communicate through their e-mails and the common patterns among the most successful professionals.

I can tell you that they’re primarily courteous, prompt, and concise!

Retouching became the best “behind the scenes” look at every style of photography for Pratik and it’s something no other workshop has been able to give him. 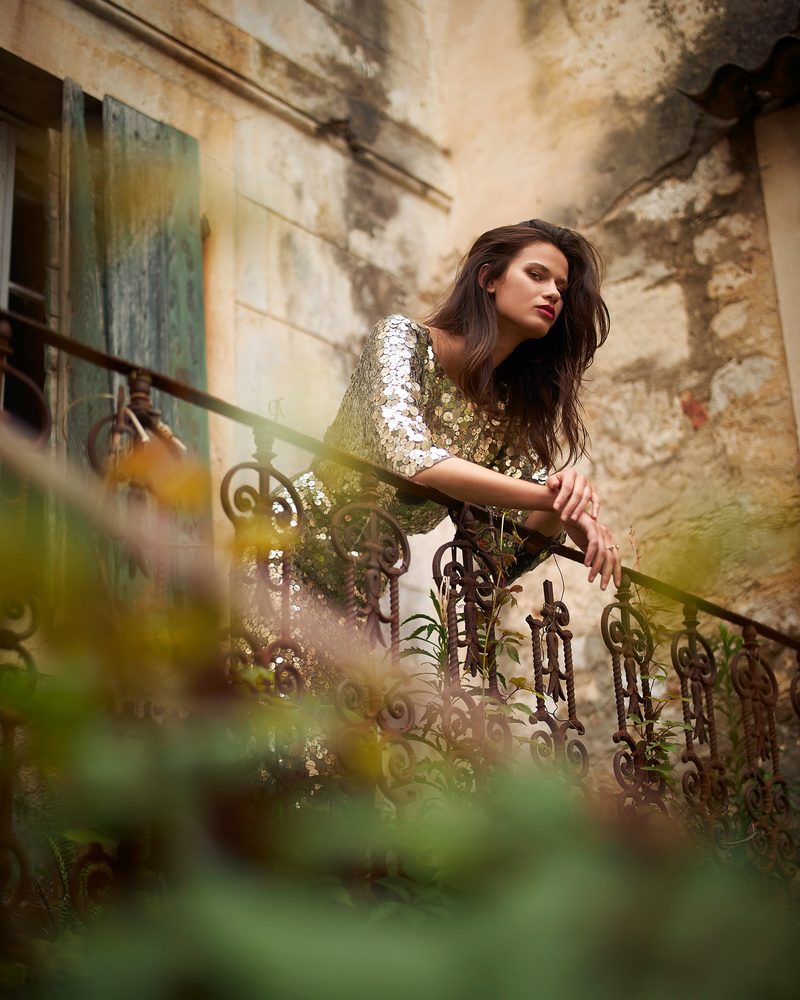 Pratik feels that returning to photography as a serious passion allows me him to put all these elements into play and it has given him the tools to define his vision.

Now I found that the community has given back to me and given me the connections necessary to produce what I want. 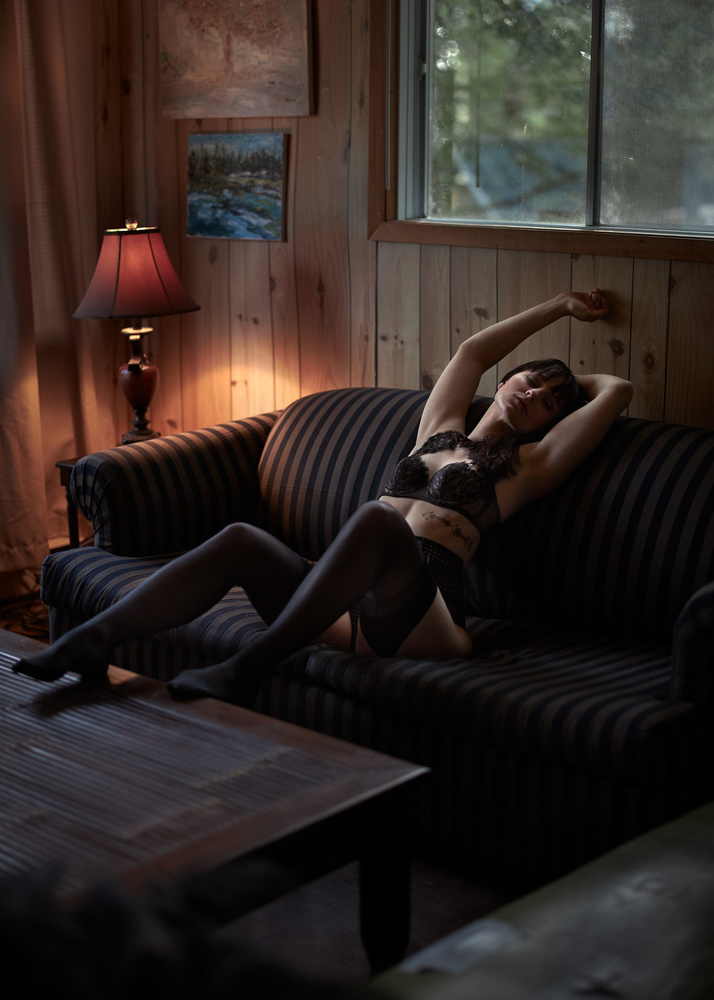 We all have influences and Pratik feel that I more importantly than listing names alone, would be the “why” behind it. He had just seen the Icons of Style: A Century of Fashion Photography at the Museum of Fine Arts in Houston.

So for him its more than the names, but the work ethic and the ability to constantly produce quality work. 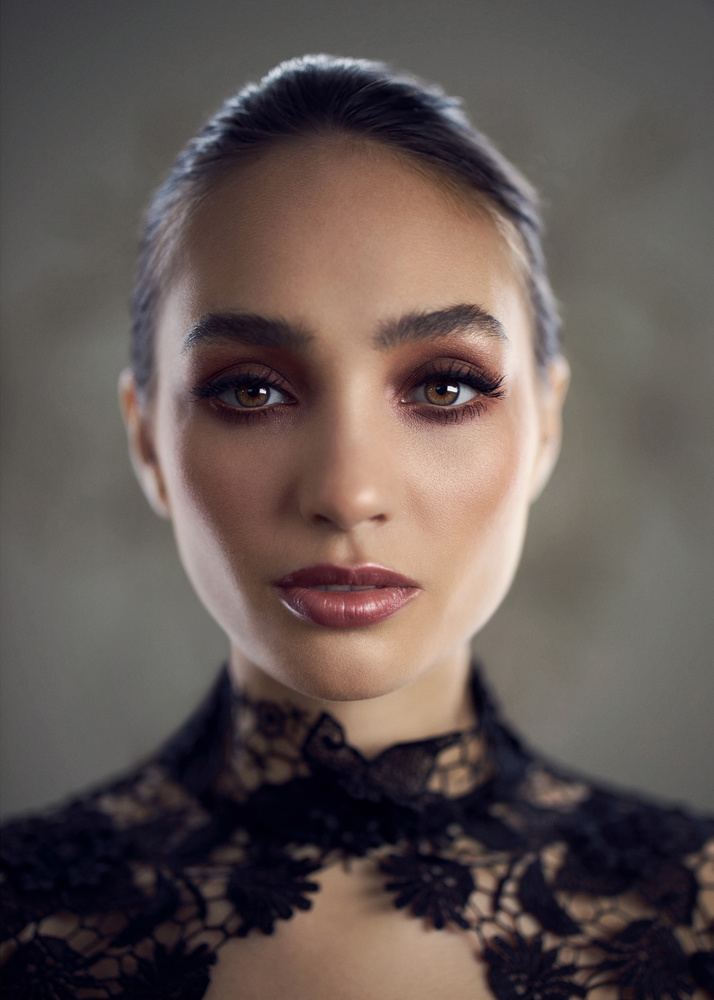 What also inspires Pratik is knowing that big names also change styles every so many years. Even in the art world, Dali was an artist who changed styles in his career a couple of times. It inspires him to know that he can shoot multiple genres or change my style without feeling like he has to just shoot one way in the fear of being forgotten. 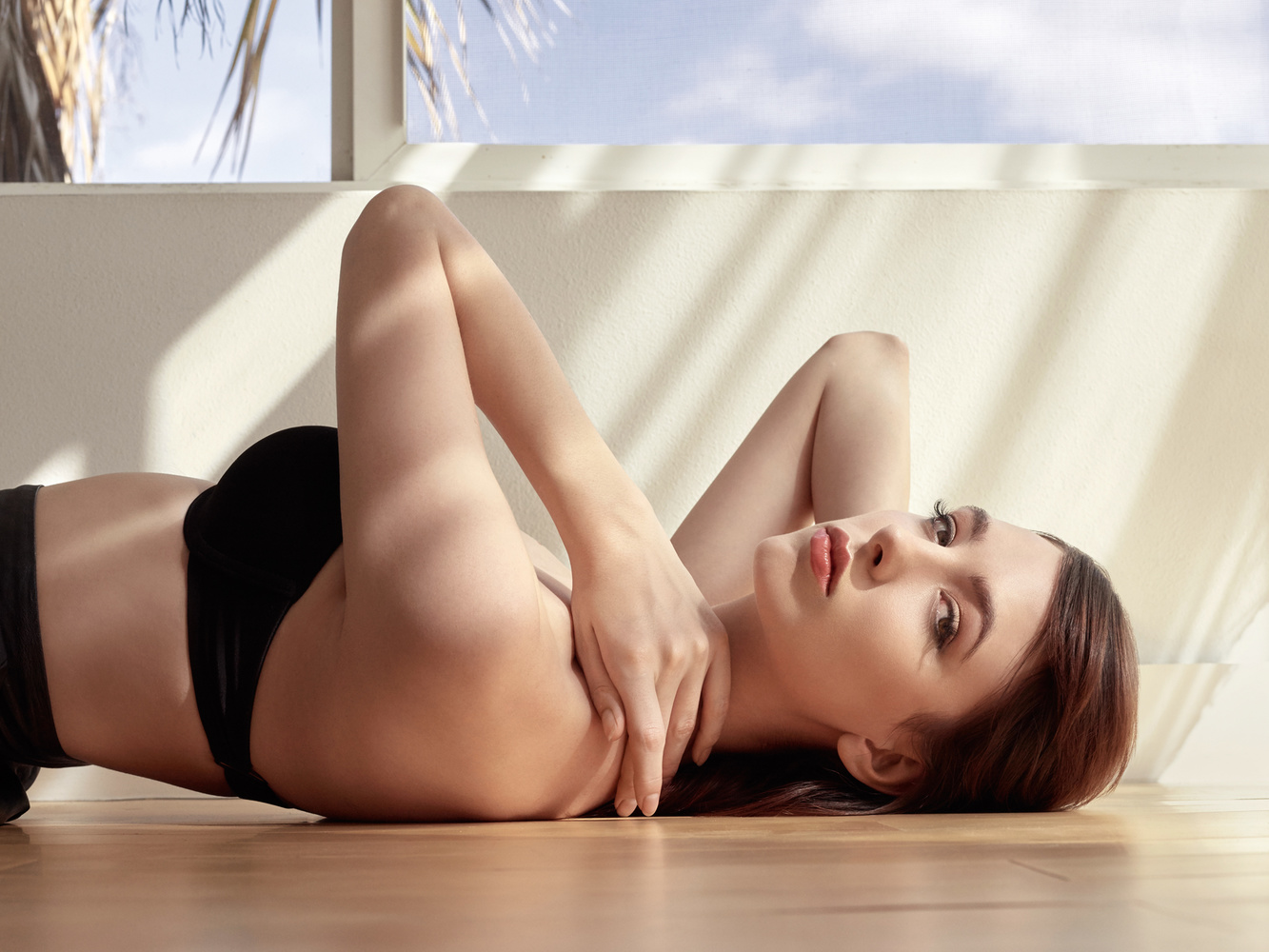 Being in the industry, everyone always loves to know other creatives equipment. Pratik is currently using the EOS R as his main setup.

I know gear is a very sensitive subject, but it’s primarily because I do love the colors I get off the bat without a lot of tweaking.

Being a retoucher helps Pratik see files from so many cameras and for portrait work it fits his preference. He has the RF 50 1.2 as his main lens and uses it most of the time. As a fan of the lens, he loves how sharp the lens is at 1.2, which makes it usable for shooting wide open, with such a creamy fall off. 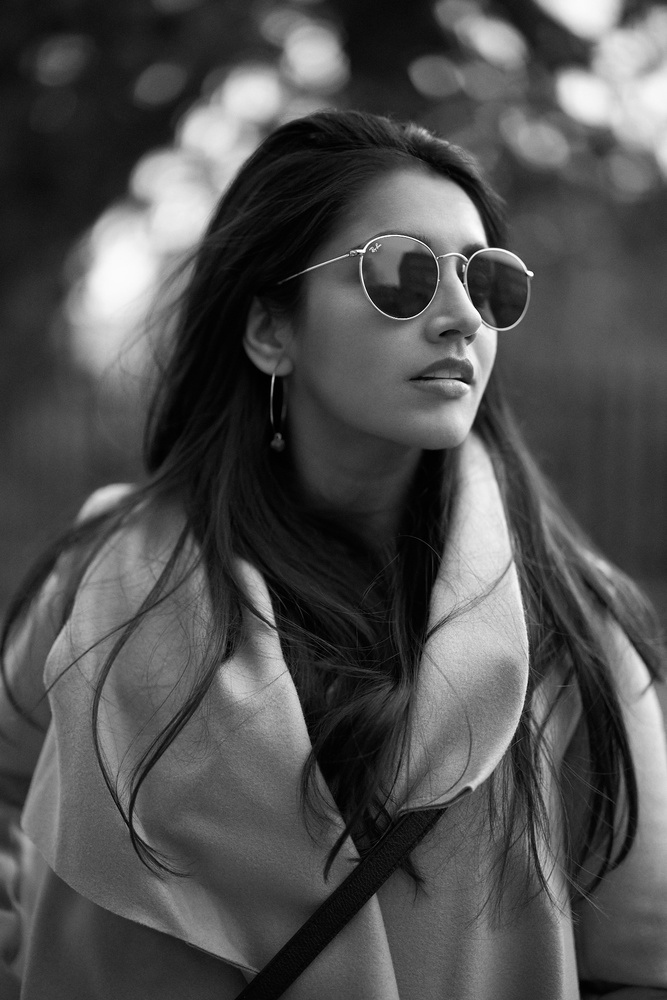 Pratik's knowledge with retouching has helped him in so many ways in applying his retouching thought processes to photography.

I’ve been able to go on set and know exactly what can or can’t be modified later. Like I mentioned earlier, having that knowledge in the past from being integrated into the photography industry has given me so much education on the back-end that I can apply it incredibly well. 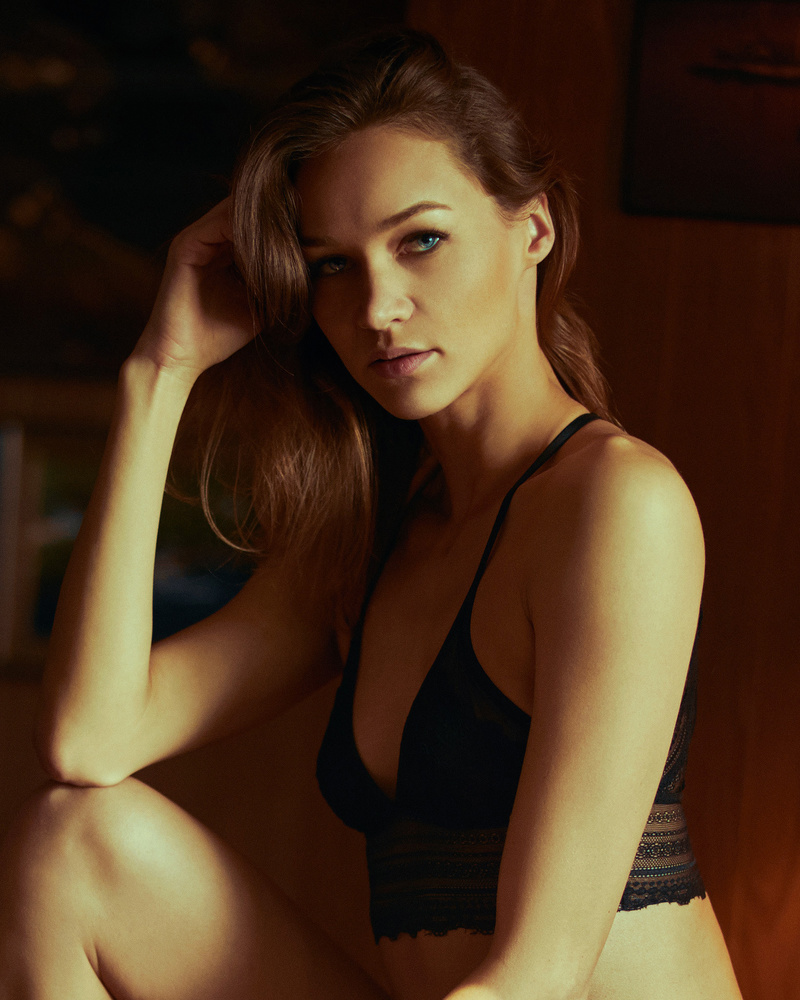 For him, a practical example is going on set and seeing what will be hard to retouch, so he's always aware of those areas. For instance, clothing is a big one. If something is bunched up a certain way or loose, it will be a pain to fix later, so he will fix it there and then. Even when it comes to lighting, you have to pay more attention to fall-off and other issues that could be hard to correct later. 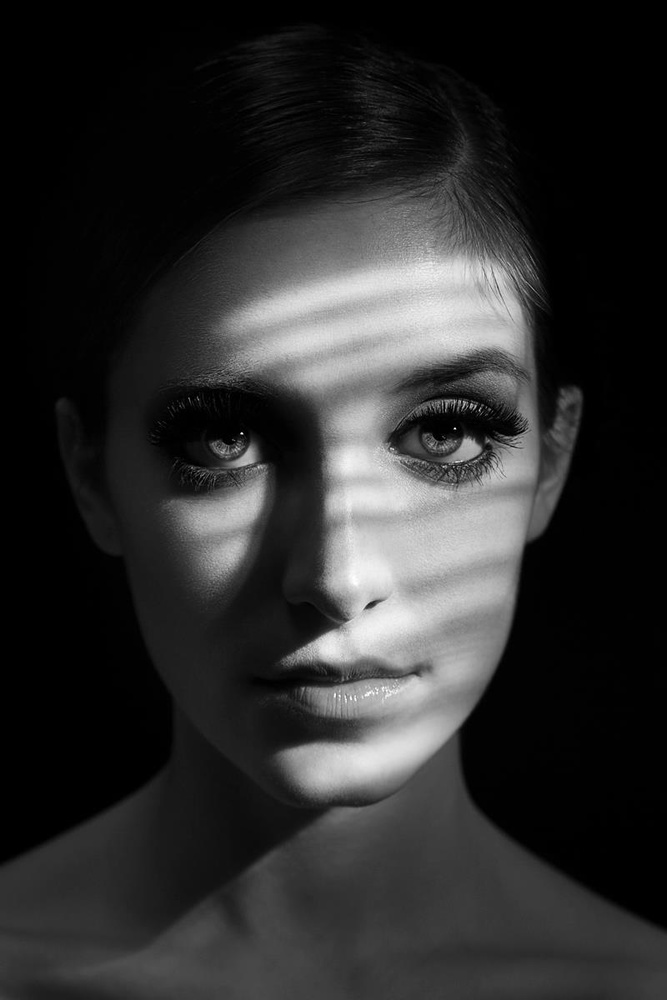 Pratik states that he gets to be more playful as a retoucher! He is at the mercy of the client’s notes and what needs to be done most of the time. And has to be sure it matches their style. With his work, he has full freedom to color grade how he wants and retouch in more creative ways. One thing he can do is take pleasure in knowing he doesn’t have revisions.

Currently, I am just shooting what I want for a creative outlet and avoiding turning photography into another profession. I know that is a luxury and one that I intend to enjoy. 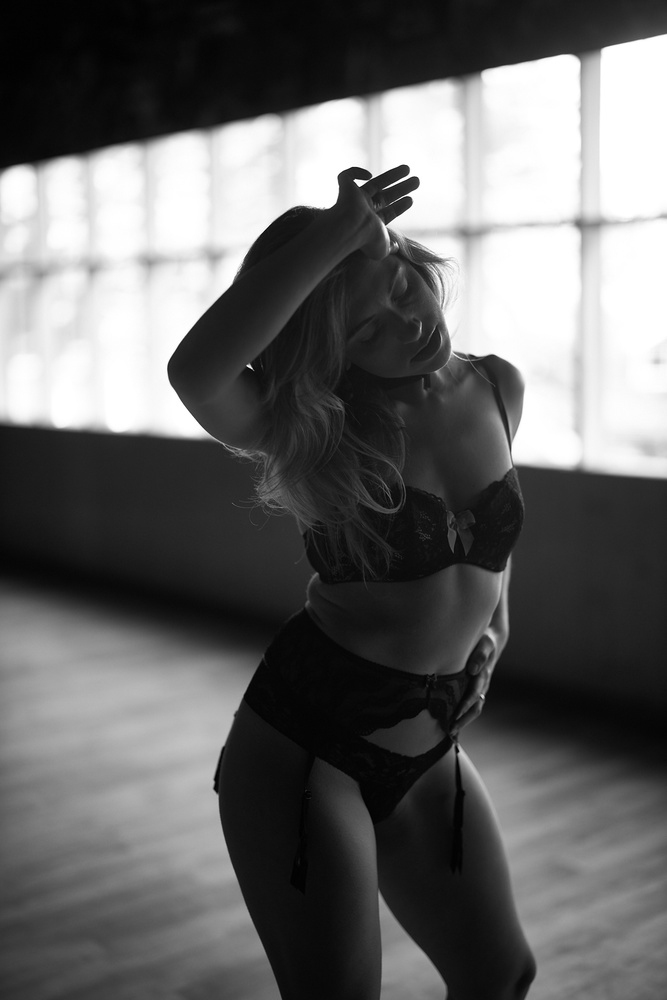 Everyone at some point likes to do larger-scale projects, and Pratik is no different. He's always in admiration of people who spend a good amount of time doing a personal project.

I am still thinking of what that is going to look like, but I truly believe that is one of the best things you can do, not just to prove it to yourself, but to use in order to push towards an even bigger goal.

Pratik knows a lot of clients who do personal projects and get hired for others just like it for commercial campaigns. He also loves to visit many galleries and admire which leaves him inspired when he sees their stories. A hope of his is to use photography to convey something like that as well. He believes everyone should consider doing more, for their own sake. 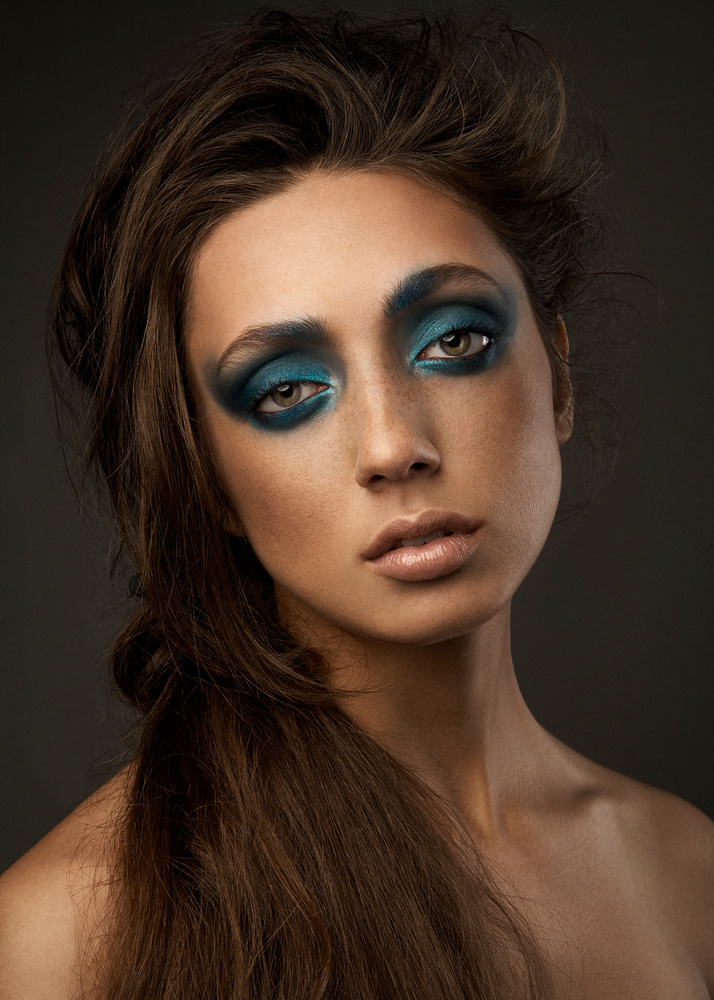 Many photographers host workshops these days and Pratik feels if he can help others grow in their photography journey through his retouching workshops and classes he would consider doing them in the future. He thinks some elements are not discussed as frequently in Workshops as they need to be. 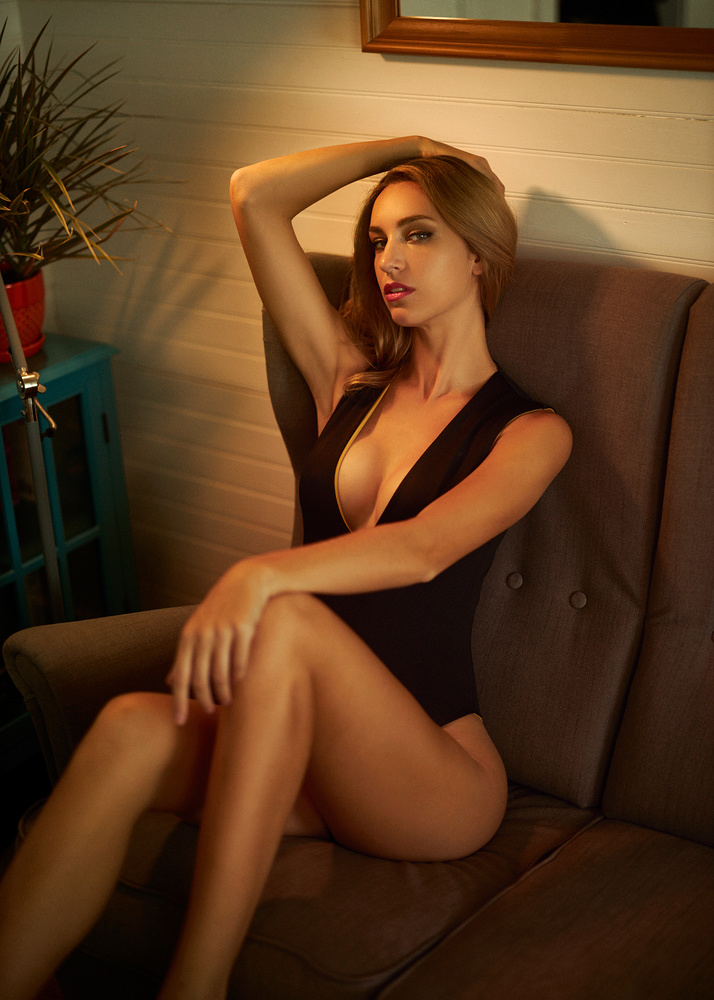 One of the areas he would love to talk more about is right after the shoot, making the right selection in post (he see a lot of shoots that end up with poor selects) to truly capture what they were envisioning the entire shoot.

The criteria go beyond if the eyes are in focus and composition, but rather the energy and mood they convey and if they are picking the right shot to represent that.

Secondly, knowing what crop to pick to ensure this language isn’t being lost either. It’s still an area he is getting better at himself but having the experience seeing what other photographers do has taught Pratik so much. 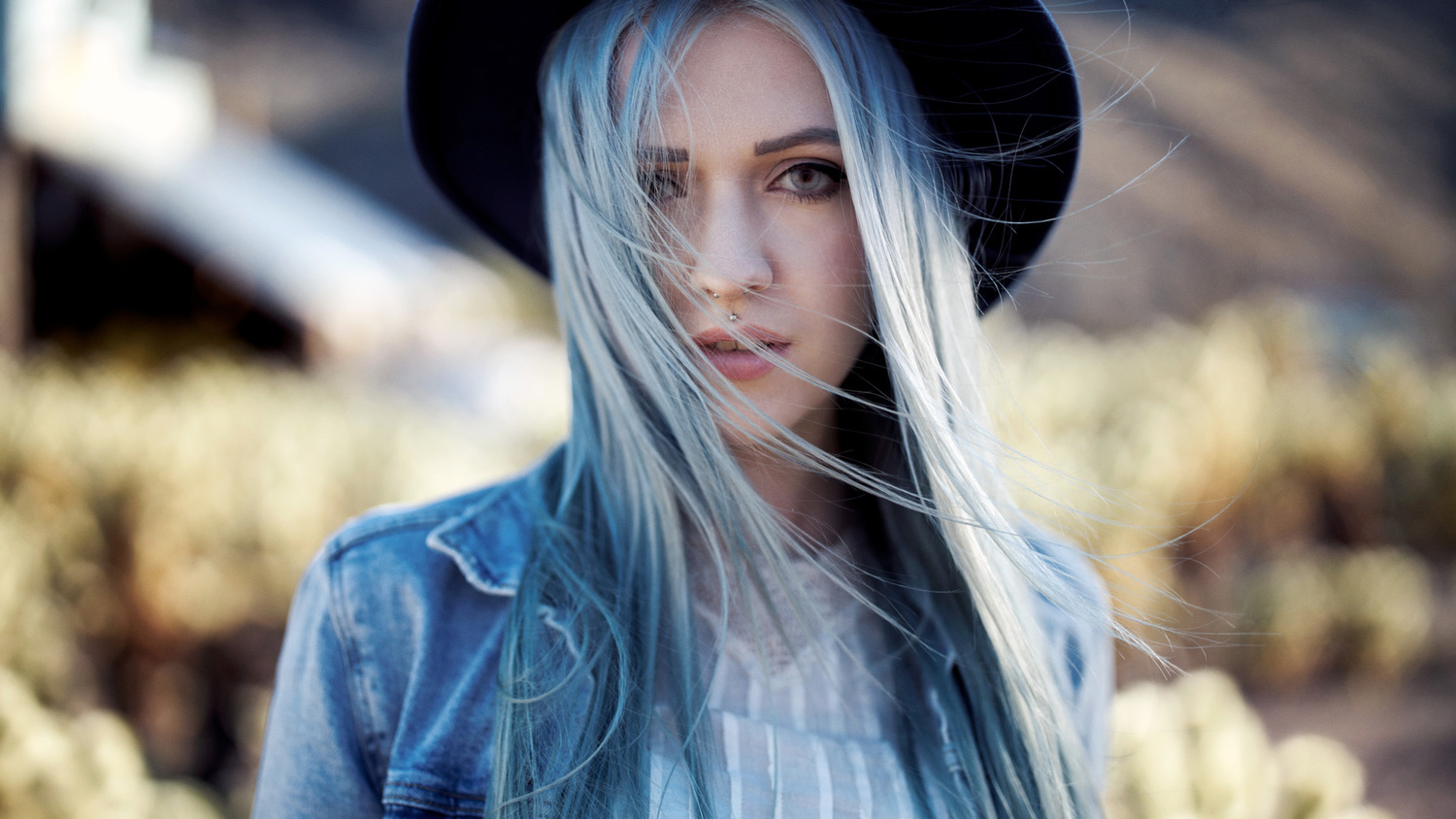 Pratik loves photography! If the world was ending and he was forced to choose between photography and retouching, he would keep photography as his main love.

I would have to keep my camera so I can document it and maybe I can make a gallery before it ends! Maybe that’s what becomes my first major personal project. The real question is, what would it be called? 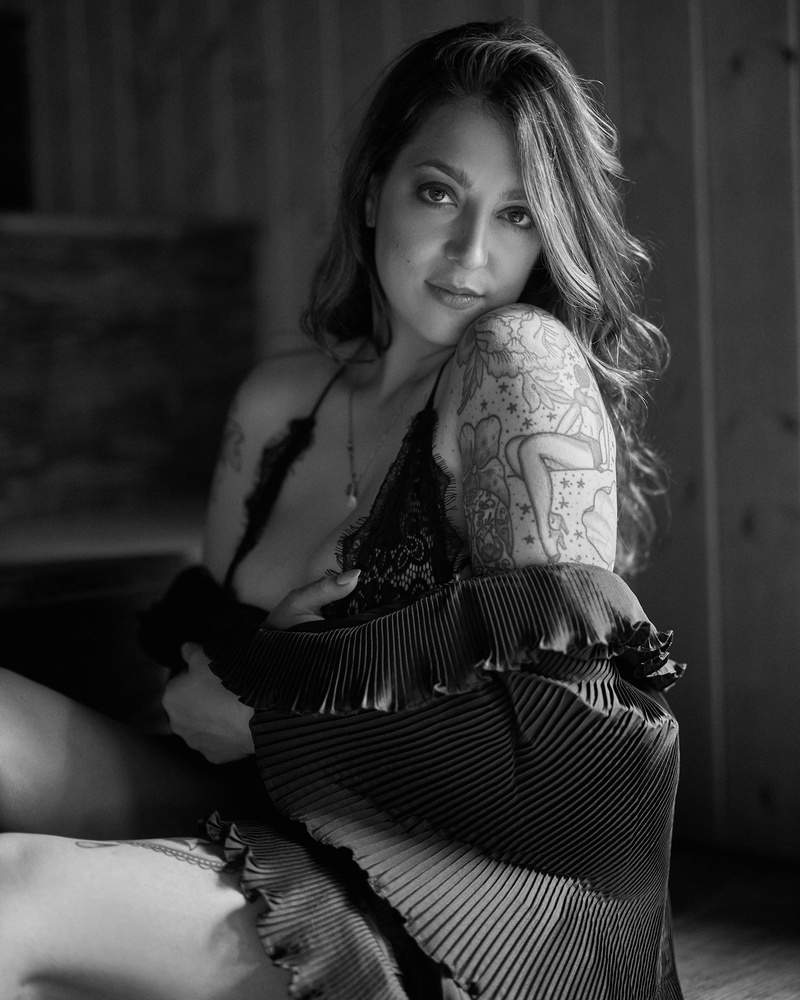 Images used with the permission of Pratik Naik

This is seriously great work.

Pratik is awesome and so very kind.

Crystal thank you so much!

Marek I appreciate that!

William thank you! I remember back when, files didn't have as much detail to preserve. And shrunken down even further it looked soft in web res too. Sadly I am often at the whim of demands from clients and a lot of people went quite far with requests. Fortunately we're embracing the natural texture and detail and I am loving it! What I love most is being able to convey the balance I like with my own work. I appreciate you checking it out my friend!

Lee thank you so much! I've been loving your battles with Pye haha!

Not only world famous Retoucher. He is the best teacher. And he is a multi-talented person.

Pratik, great photos, have you ever considered taking photos of men in their underwear also, or is it just women for you?

One of the best retoucher & human being , we from www.retouchingindia.com always get inspiration from his work . Cheers.