Carli Davidson loves animals, and it shows in her work. Though she is an avid photographer, her profession has never trumped her desire to interact with animals. She works for the Oregon Zoo, animal rescues, and nature preserves taking care of exotic and native wildlife over the last sixteen years. To her, animals are her people. Her dedication to them shows in her photography, and the way she is able to capture the personality of a pet is pretty much unmatched. 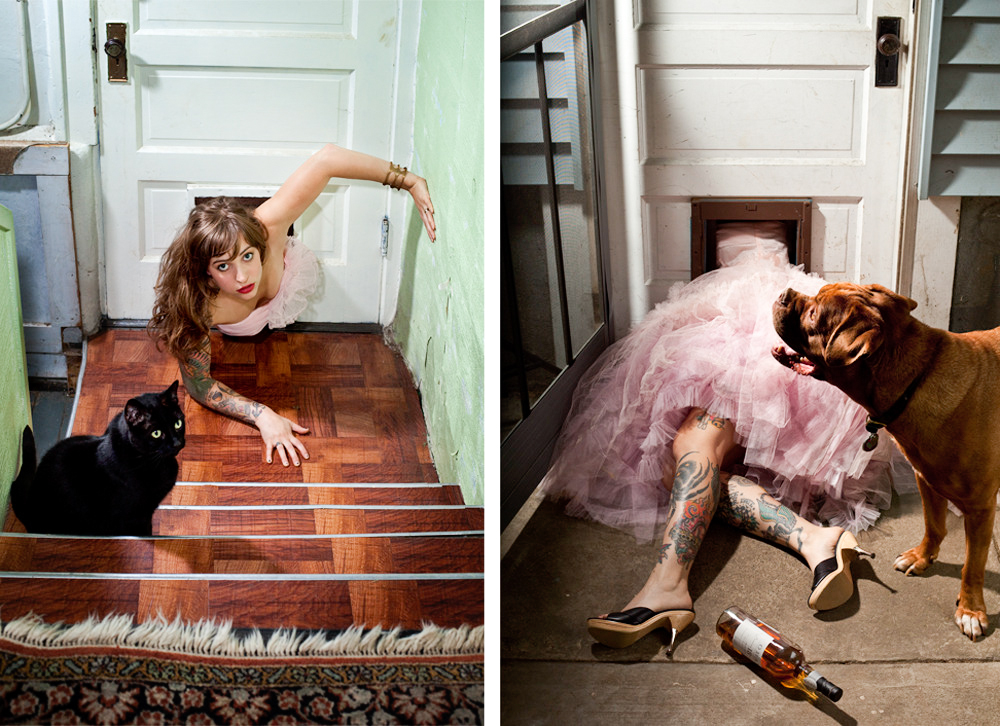 Carli has been shooting for most of her life. "Photography was always a grounding activity for me. I was a very rebellious teenager. I was put in alternative school in the 9th grade. The alternative school had a darkroom. Once I found it I pretty much lived there. I taught myself how to mix chemicals, I got a bulk roll of tri-x, co-opted my father’s Nikon F2 and I photographed everything around me. My first cohesive project was actually of road kill. I was listening to WAY to much Joy Division at the time. A big influence was my father, an art / creative director. I was exposed to photography really early on because of him. He worked with Richard Avedon, Irving Penn, and Albert Watson among others - some of the great photographers of the last century. It wasn’t something we discussed much until recently, but I really feel having them, and their art around ultimately influenced my choice to become a photographer. I remember he would take me to set a lot when I was a child and I would have a blast."

Though she has been around photography most of her life, it wasn't until 2006 that she began to primarily focus on animals. She was working at the Oregon Zoo at the time, and realized the opportunity she had. "It was such an amazing opportunity to document animals in captivity. What started as a hobby at work turned into a position as a contract photographer. When I left my job at the zoo after a car accident left me unable to do manual labor in 2010, I started shooting full time. I still wanted to work with animals so my current photo style evolved from there.

"My first ‘job’ in the photo field was as an assistant for Frank Ockenfels who is still one of my favorite portrait photographers. I saw his work when I was over at his house (he had just moved into my neighborhood) and was blown away. I wanted to capture as much energy and personality as he did in his portraits. The assisting job was brief - I was just 18 and 19 when I was working with him - and then I got pulled in another direction. I set off on a series of cross country road trips that got me into landscape work and took me from my NY home to Olympia, Washington. There I took band photos and I got a job shooting documentary photography for the House of Representatives. I also got my BA with a minor in Photography from The Evergreen State College. I was assisting from time to time with Brad Giese who does both humanitarian photojournalism and commercial work, and really liked the idea of merging my passion with my photo work. I think this heavily influences my path towards animal work since I’ve always been passionate about them. One of my first jobs was animal care at a nature preserve and I’ve worked in the field on and off since then." 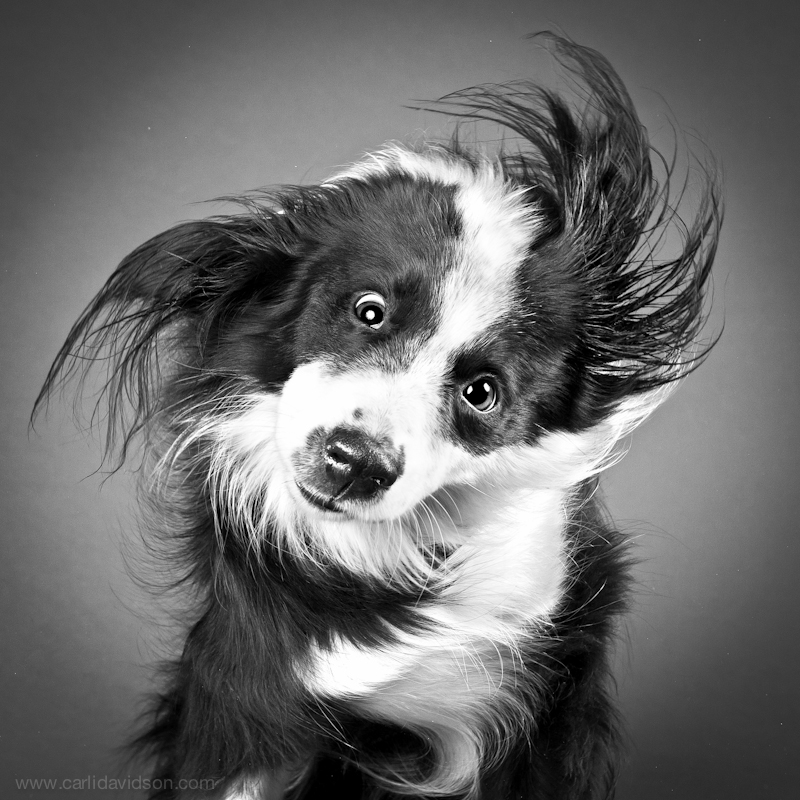 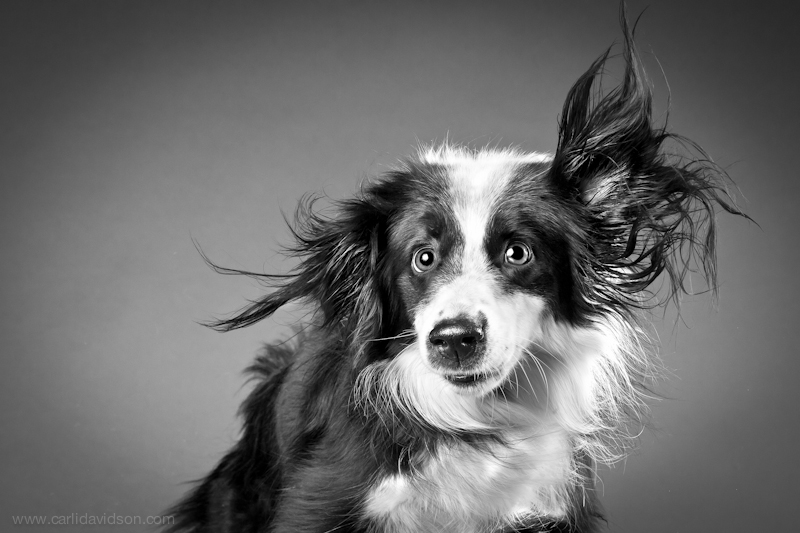 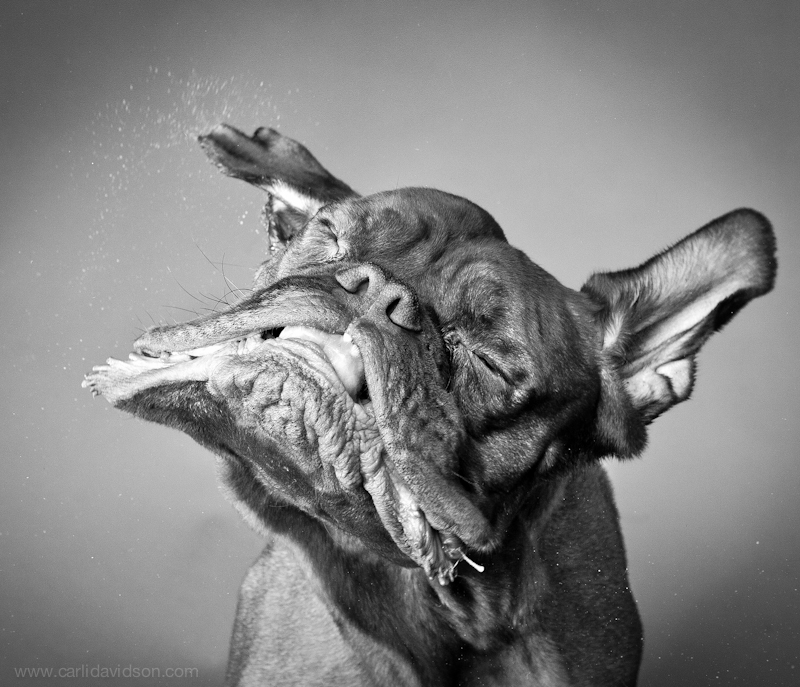 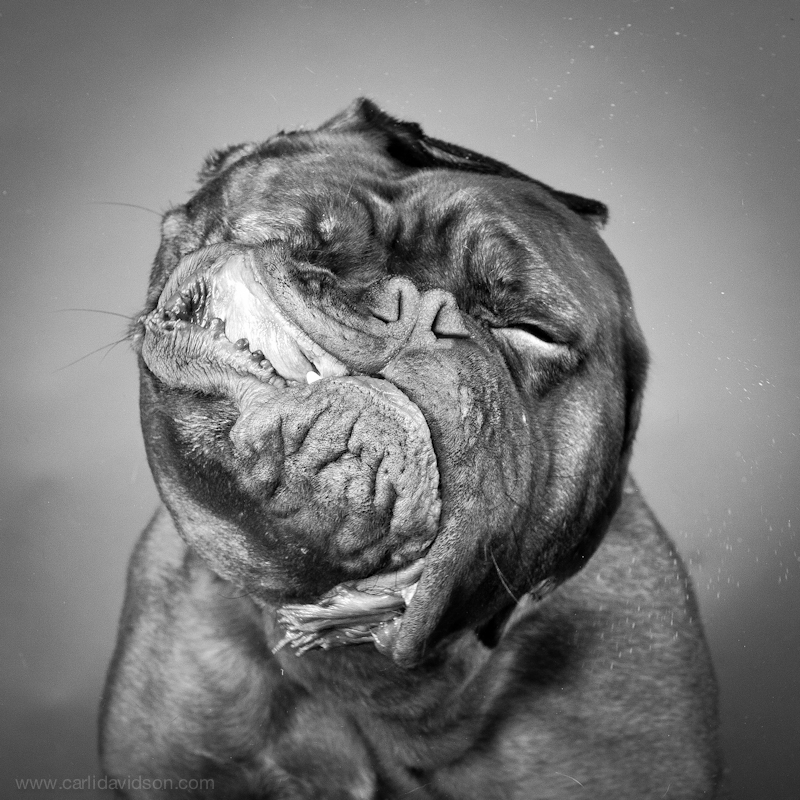 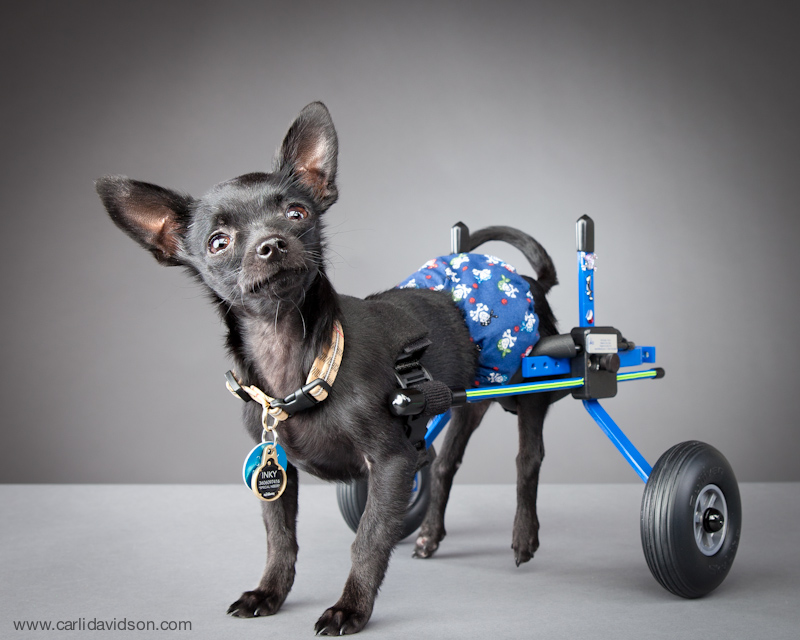 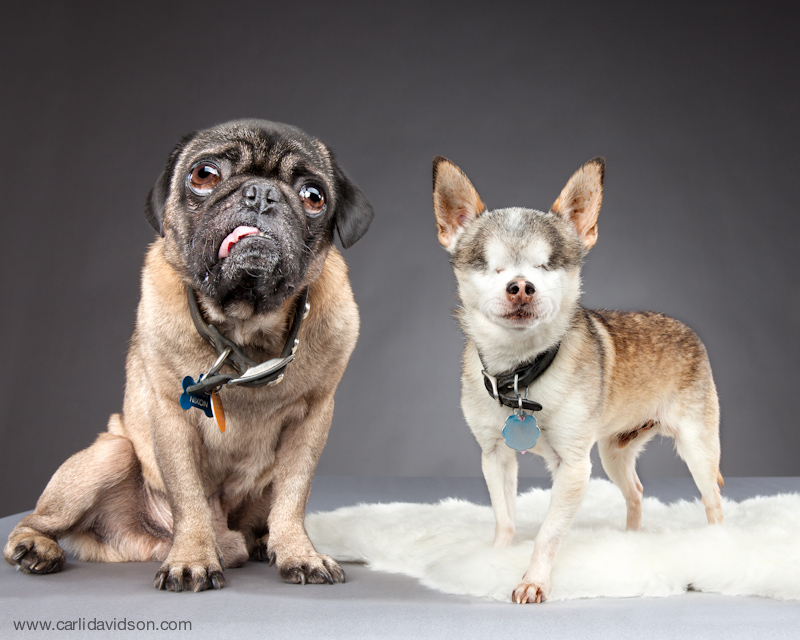 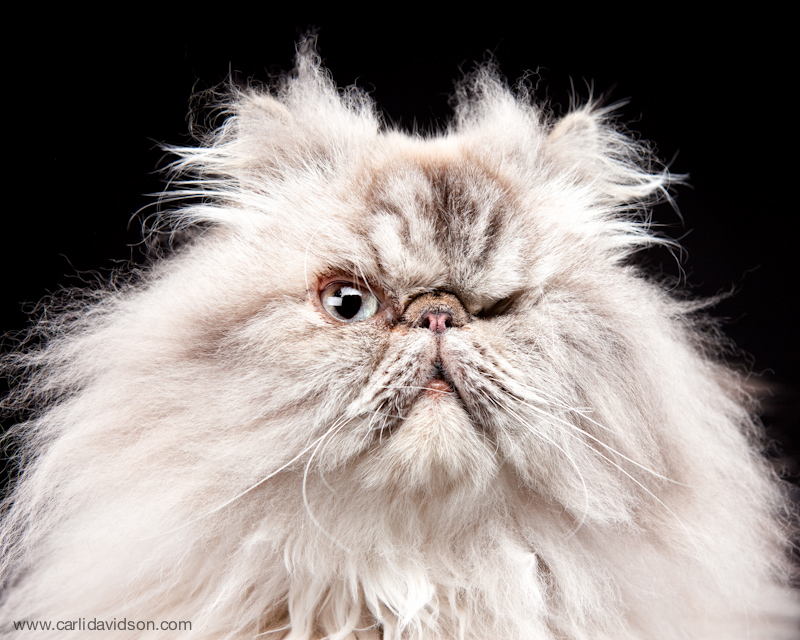 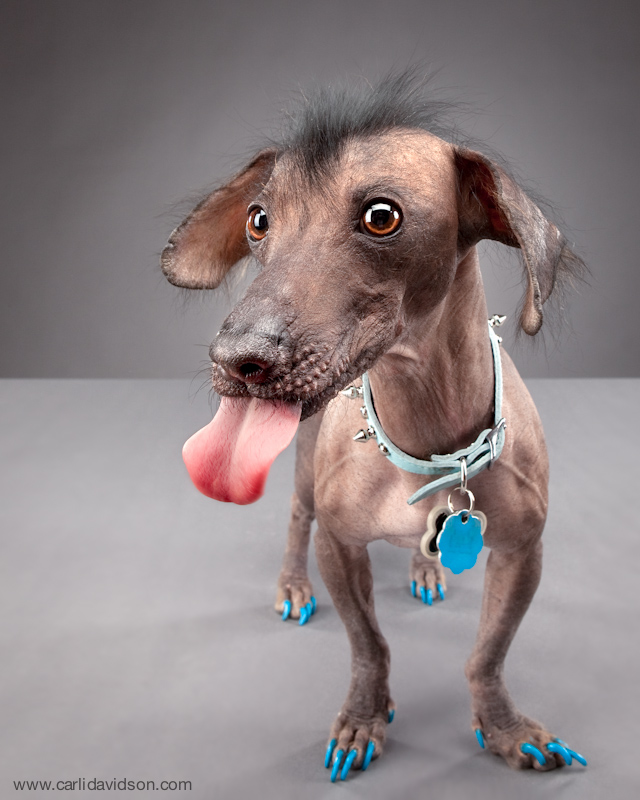 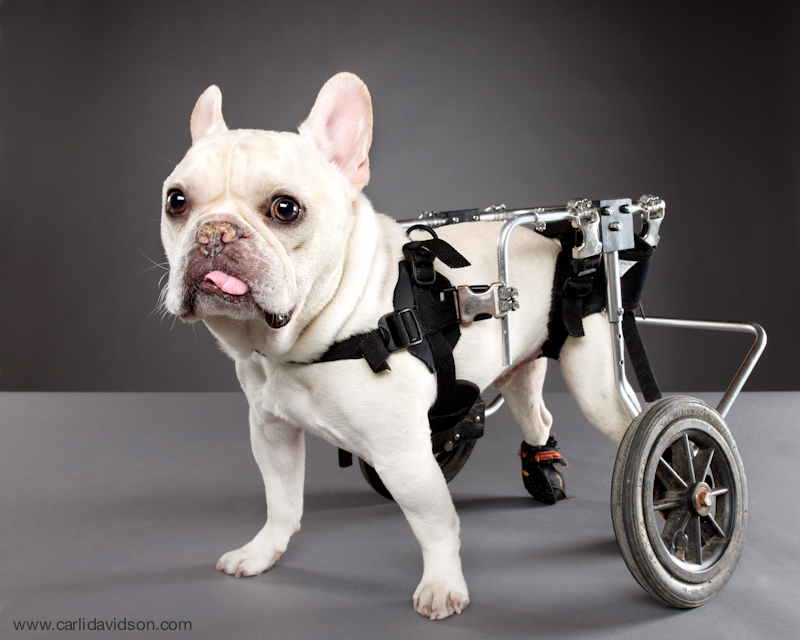 Carli's pet photography has received enormous critical acclaim. When you see her photos, you instantly know that there is something special about how she captures these shots. It's not just a photo of a dog or a cat, it's a photo of a friend. Of a family member. Carli doesn't just plop the animal in front of the camera and push the shutter. She gets to know them, and tries to understand what they can give her. Her years of experience working with animals has left her with an affinity for them. Carli believes that it is important to truly understand an animal in order to get the best photograph out of them. "When people ask me what they should do if they want to shoot animals, I tell them to volunteer at a local shelter, or sit in on a dog training class."

Her most famous works, her "SHAKE" series, came as a culmination of shooting odd moments, yawns, licks, scratches, and shakes. When she was able to get more high speed gear, her technology was able to reach her vision and the "SHAKE" series was born. So, speaking of technology, what sort of gear does Carli use? 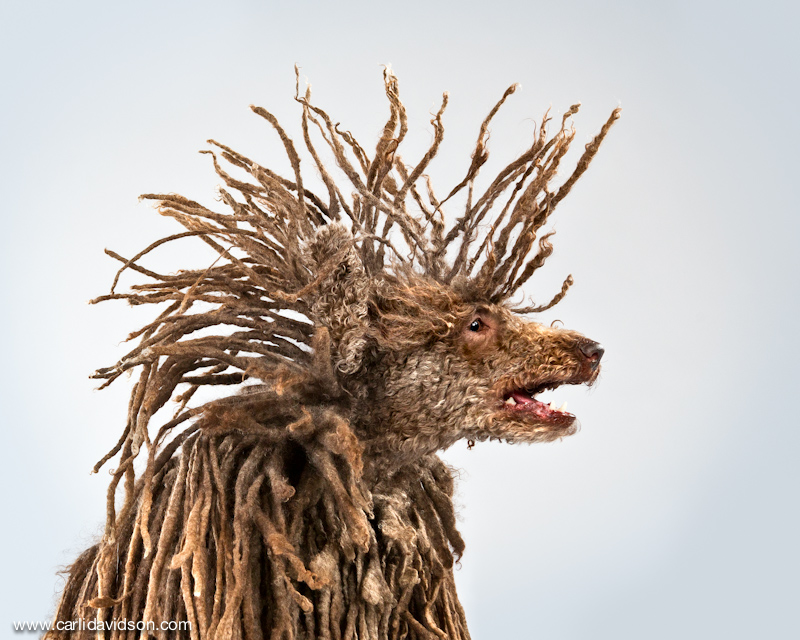 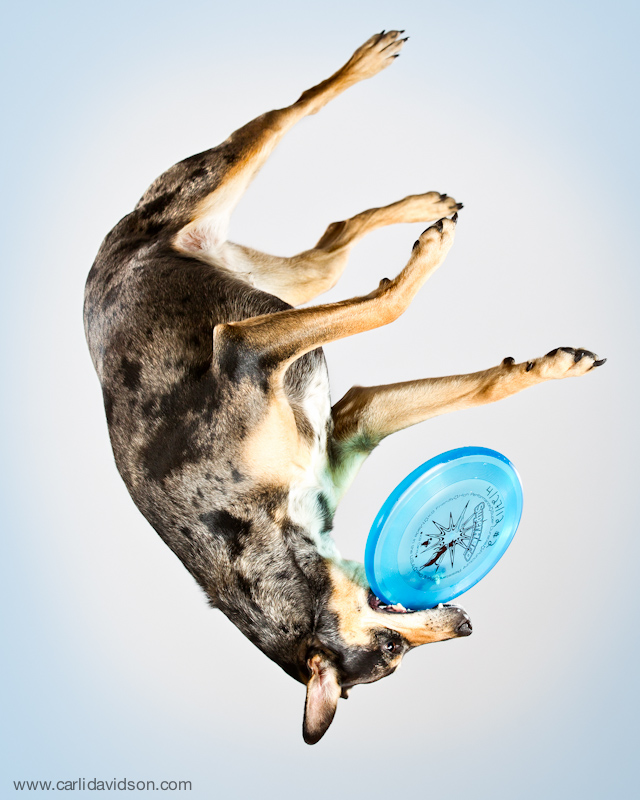 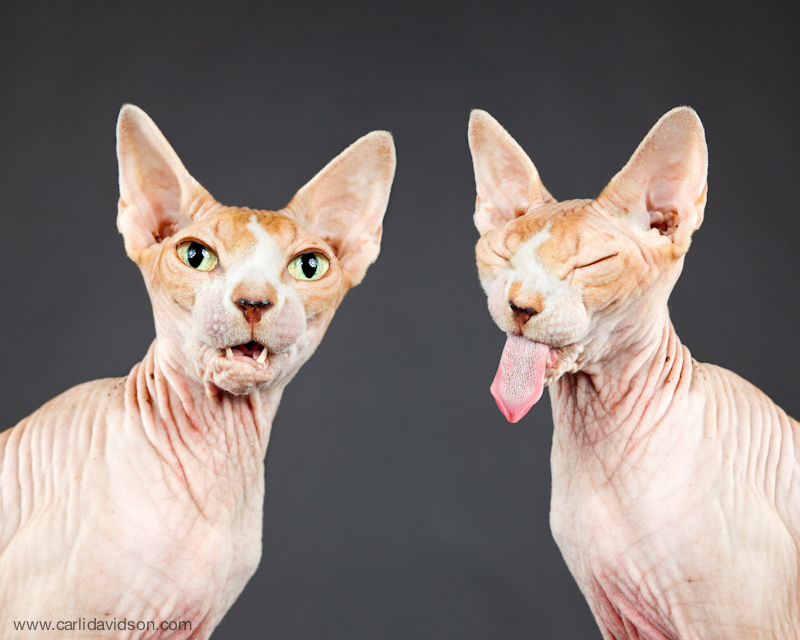 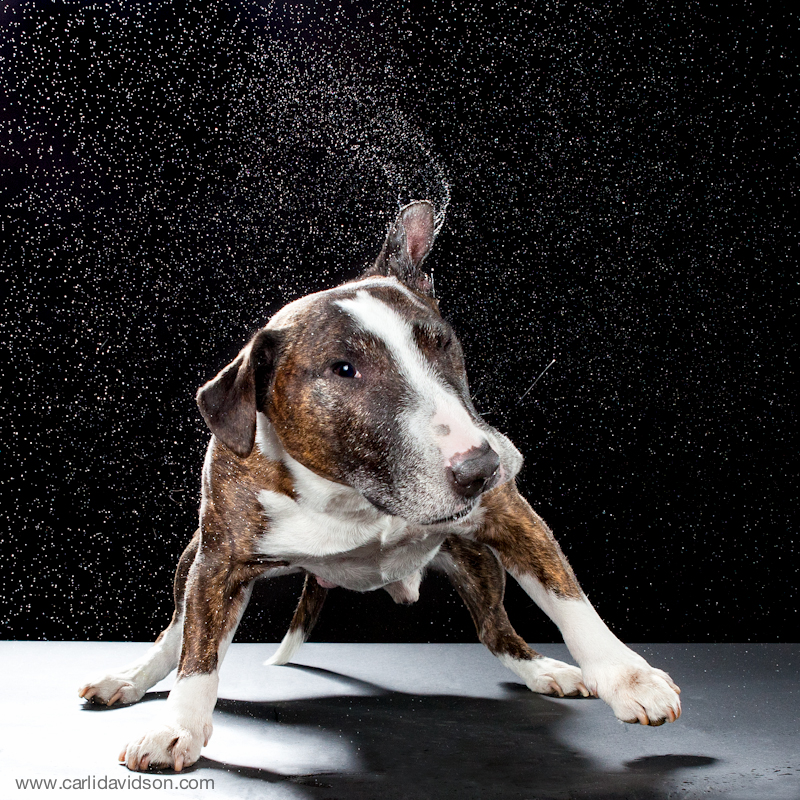 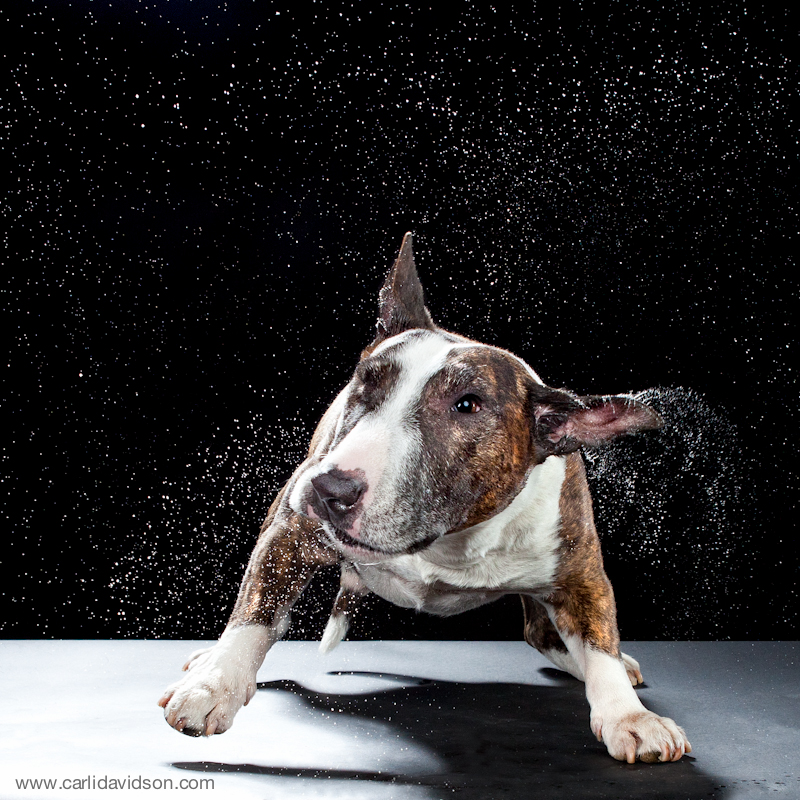 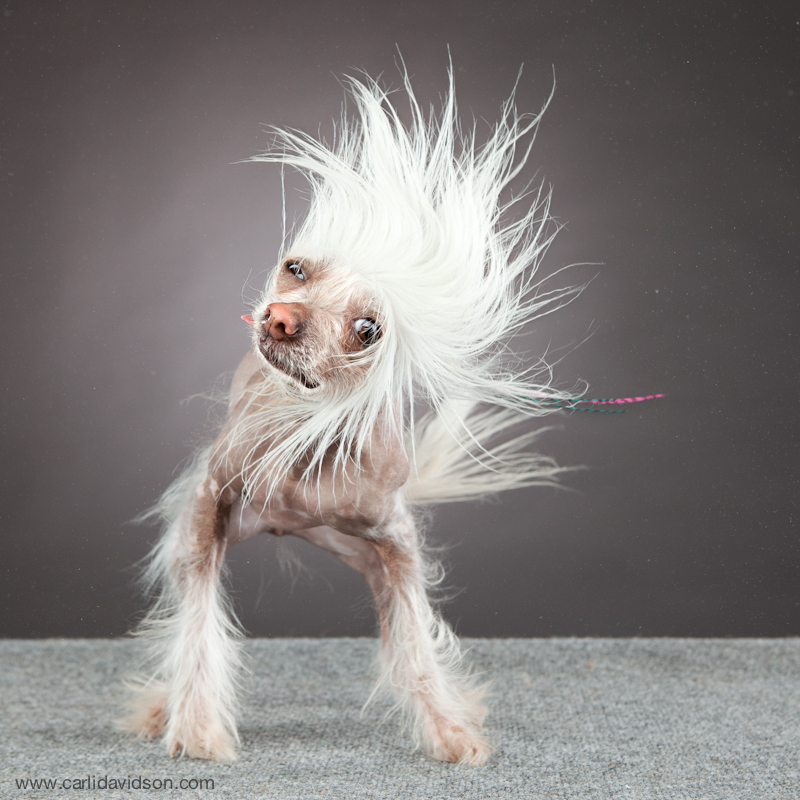 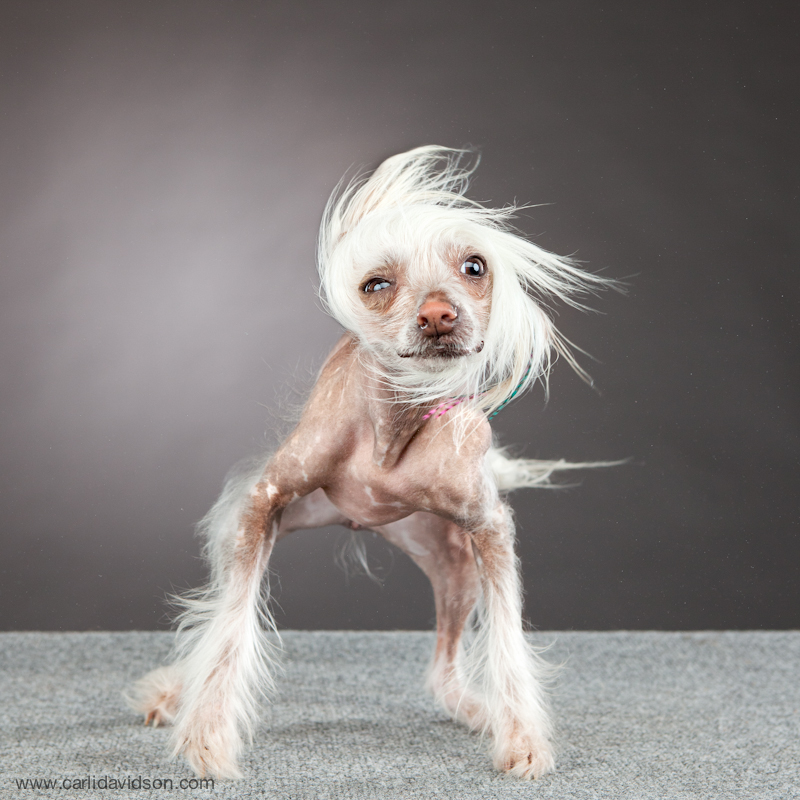 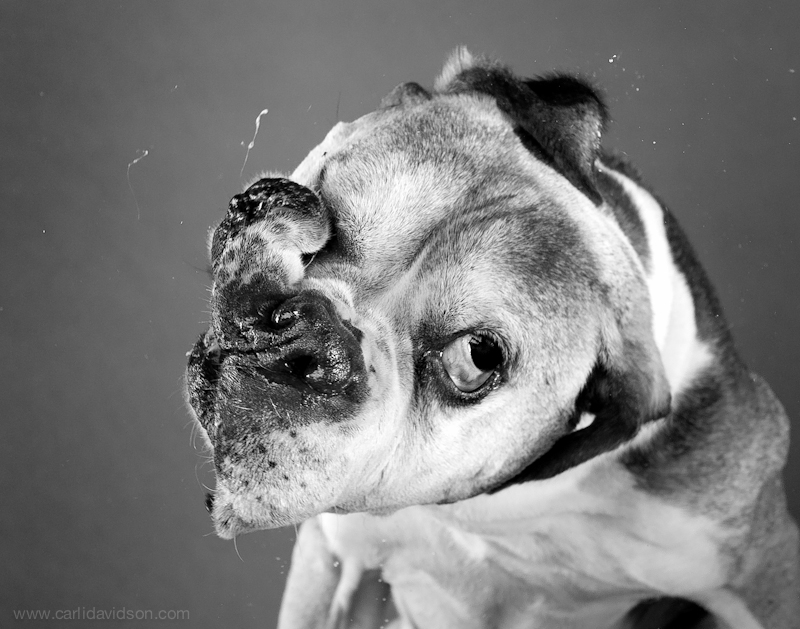 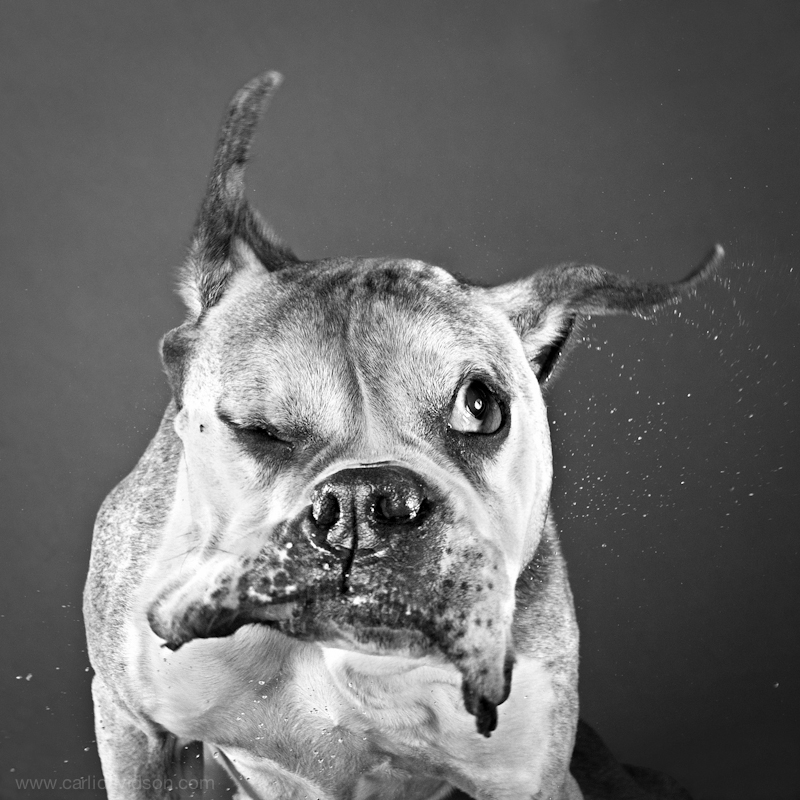 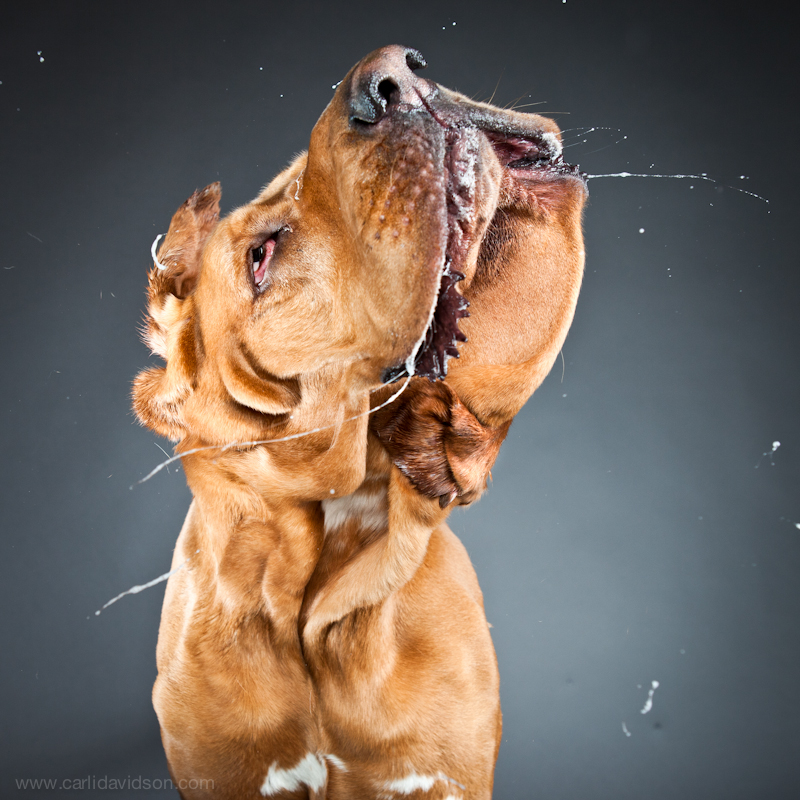 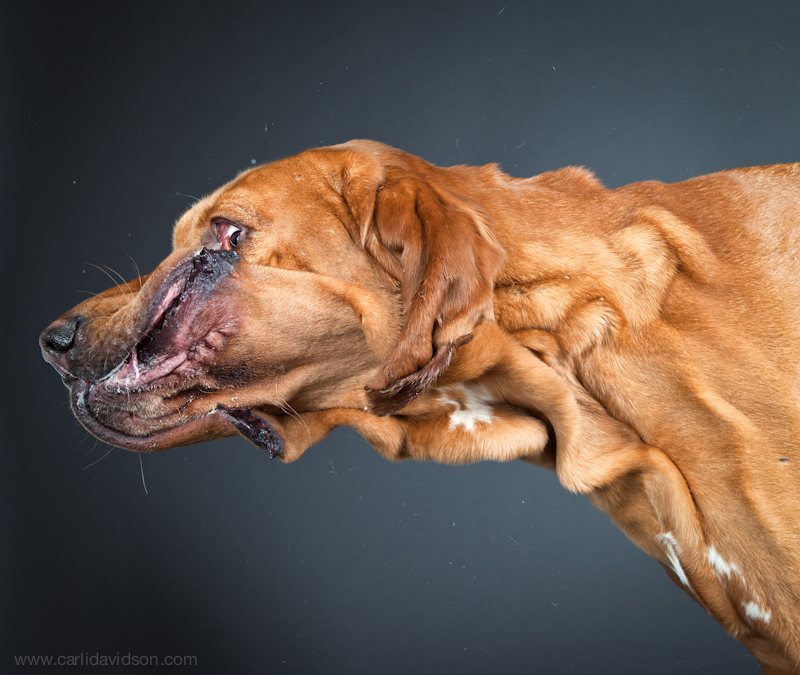 "For my straight portraits I use a very standard set up of a main and a fill and a little side lighting, and focus more on the content. I’m pretty self-taught in the studio and I love just spending days playing with lights for action or drama. It’s just a lot of fun for me. I also, of course, have a variety of booms, soft boxes, beauty dishes, and some old coat hangers with stockings over them for scrims. I like ProPhoto 8A’s a lot and use them on set whenever I’m traveling. In my studio I’ve been playing with Paul Buffs Einstein’s. I’ve had to send them back for ‘upgrades’ a couple of times, but now that they are working correctly I’m really impressed with them. Currently I’m shooting with the Nikon D4 - it’s a workhorse. I’m pretty spoiled on the 10fps. I usually keep my 85mm f/1.4 and my 24-70mm f/2.8 in my bag. I like working with zoom lenses in the field because my subjects are not at all fixed, and I don’t want to miss the shot if they decide to run towards me, I love the 85mm because it’s so crisp for portraits. It’s on my camera most of the time when I’m in the studio."

For more of Carli's work, check out her website: www.carlidavidson.com
Carli's bio photo by Holly Andres

It's a Hungarian Puli. Naturally dreads.

I loved the way you have captured the pets here. I am an artist and I too have been creating custom portraits of pet that you can checkout at https://www.portraitsondemand.com/subject-pets-portraits.php online.