Dave Engledow is not just a great photographer, but he's a pretty awesome Dad, as well. After the birth of his daughter Alice Bee he wanted to document her childhood in the most creative way he could. Not a professional photographer (Dave works in progressive politics and worker's rights), but the photos are well shot and thought out. If you're wanting a little parental inspiration and a few laughs click below. Happy Father's Day!

What I love about the series is not just the cute posing or the adorable Miss Alice Bee, but the thought behind the photographs by her father. They feature his largest worries about being a father and what that entails. It looks like little Alice Bee is growing up just great. View the video below to hear his take on the series and a short behind the scenes glimpse at one of the shoots.

"The character I portray in this series is intended to be a parody of the father I hope I never become distracted, self-absorbed, neglectful, clueless, or even occasionally overbearing. I've always used humor as a way to deal with my personal fears and neuroses, and in many way these images are often an attempt to do just that; to illustrate humorously the fears that I and, as I've learned, many other new fathers have about fatherhood."- Dave Engledow 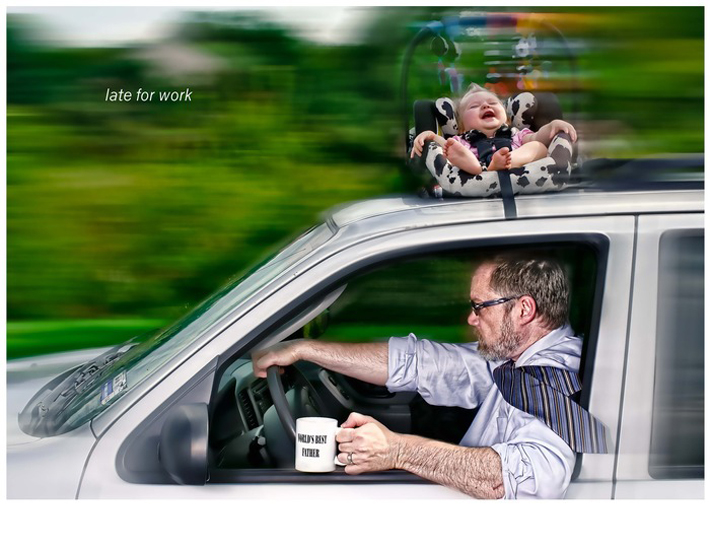 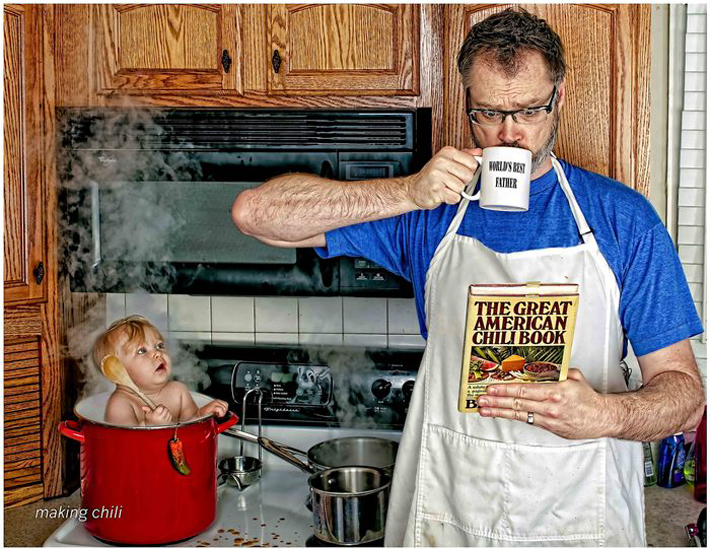 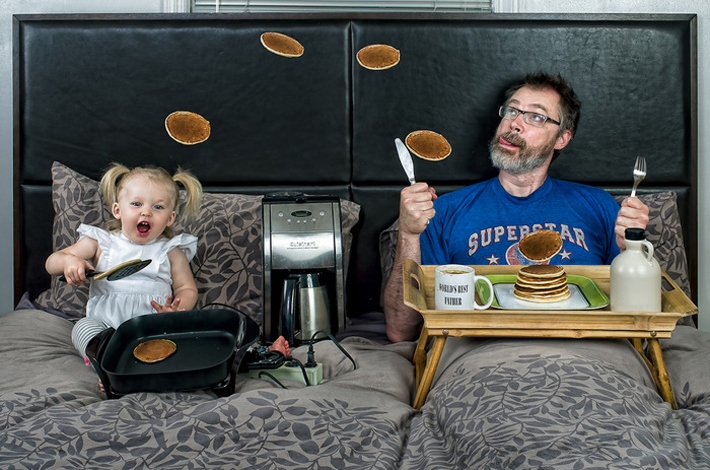 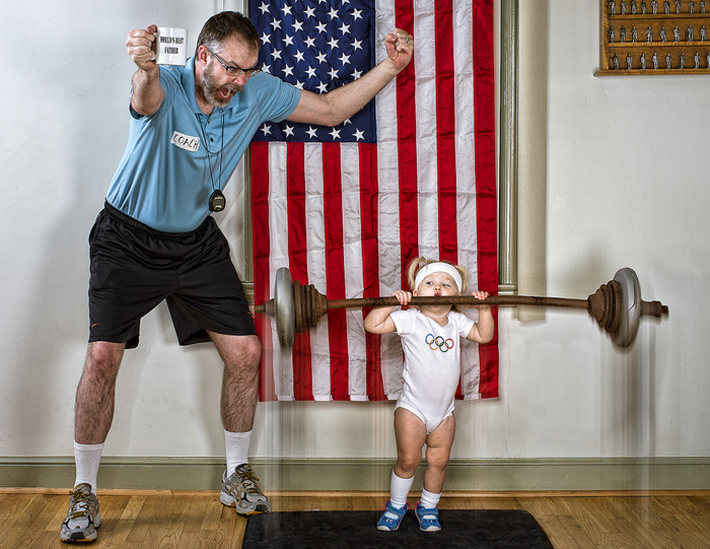 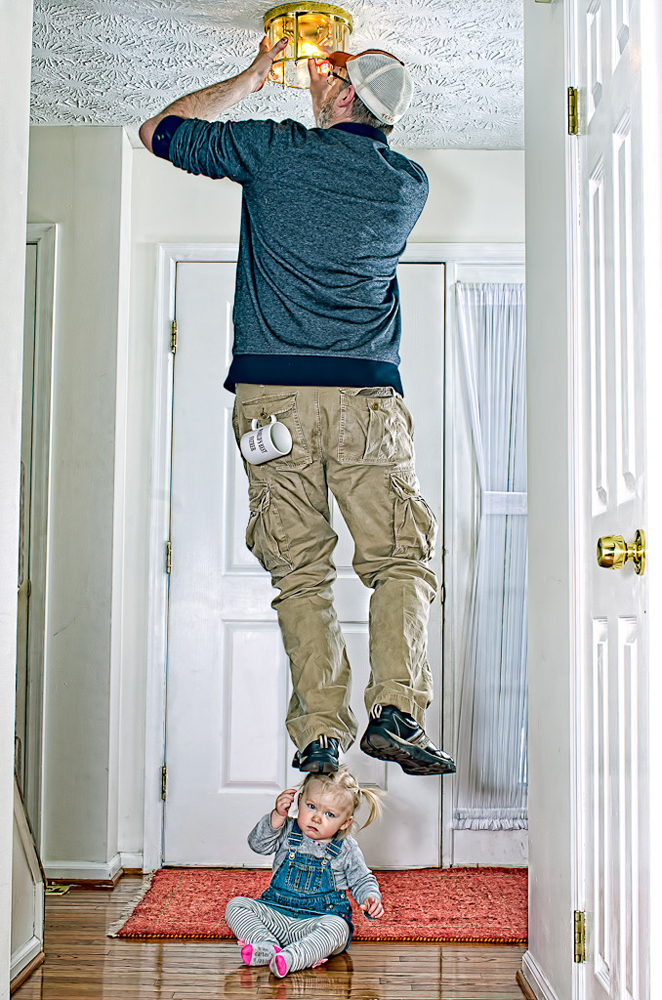 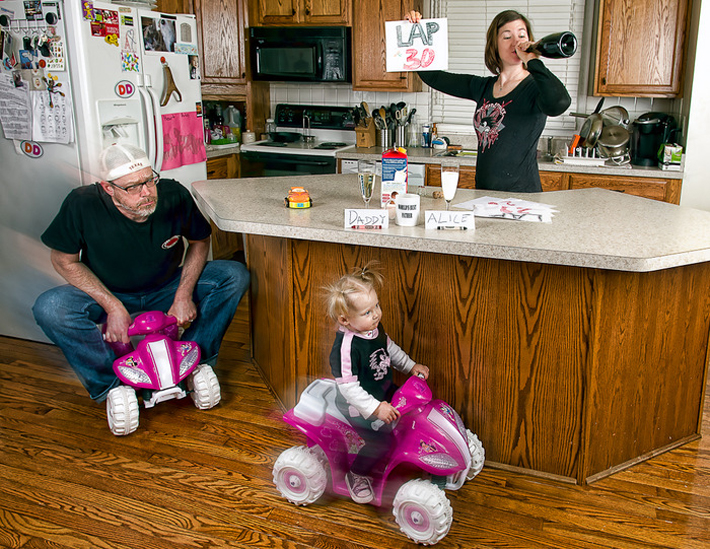 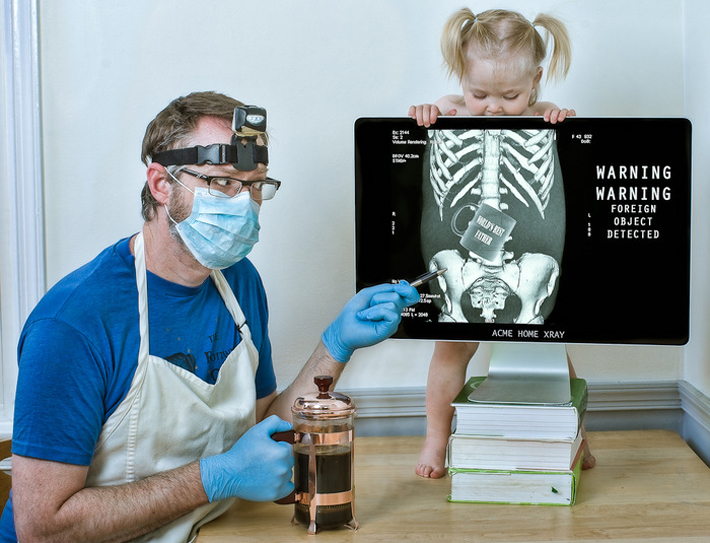 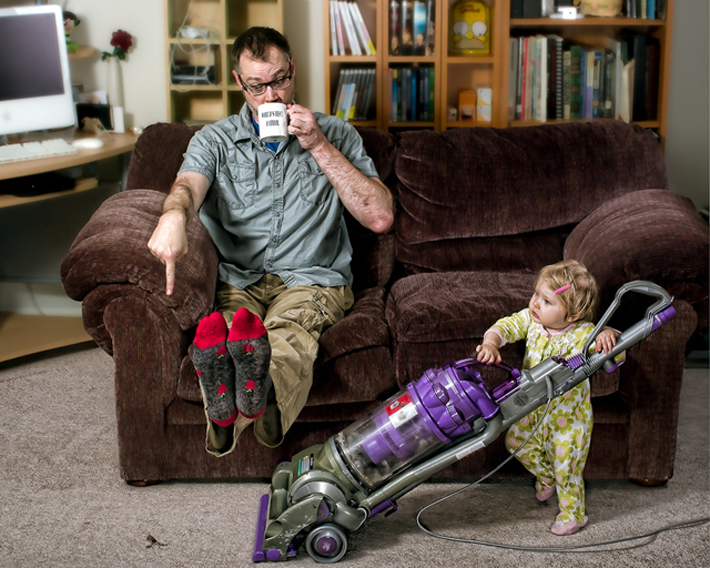 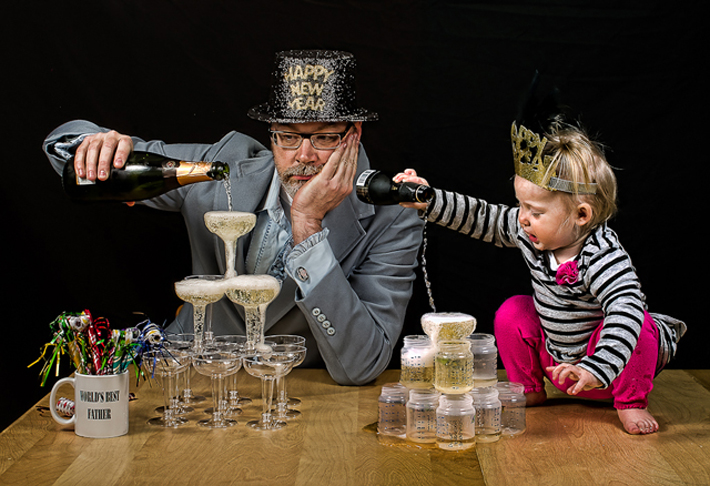 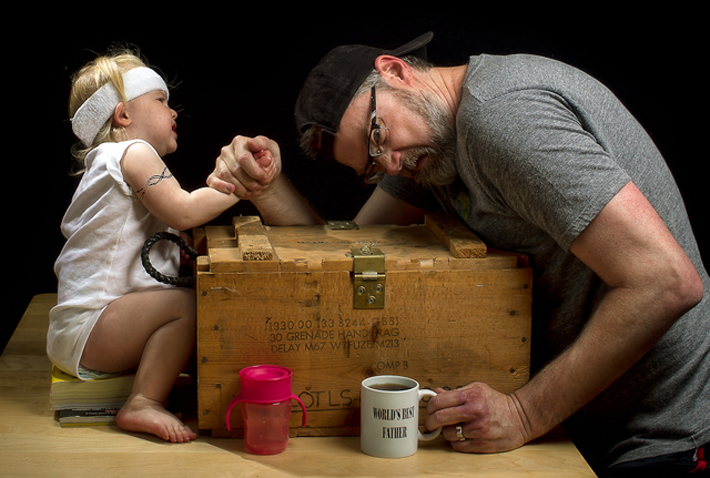 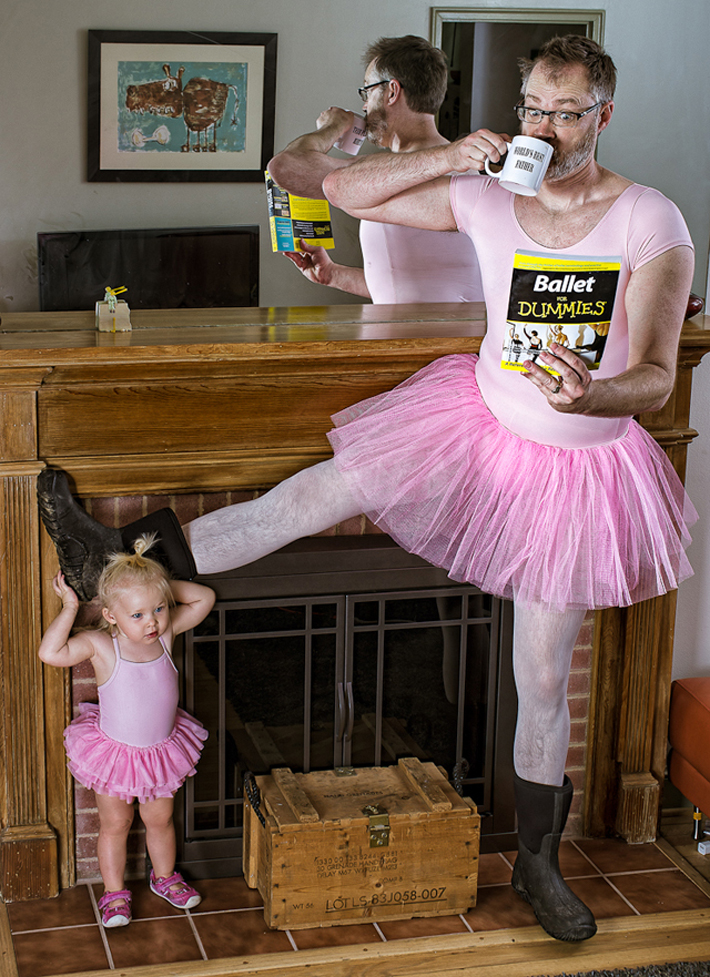 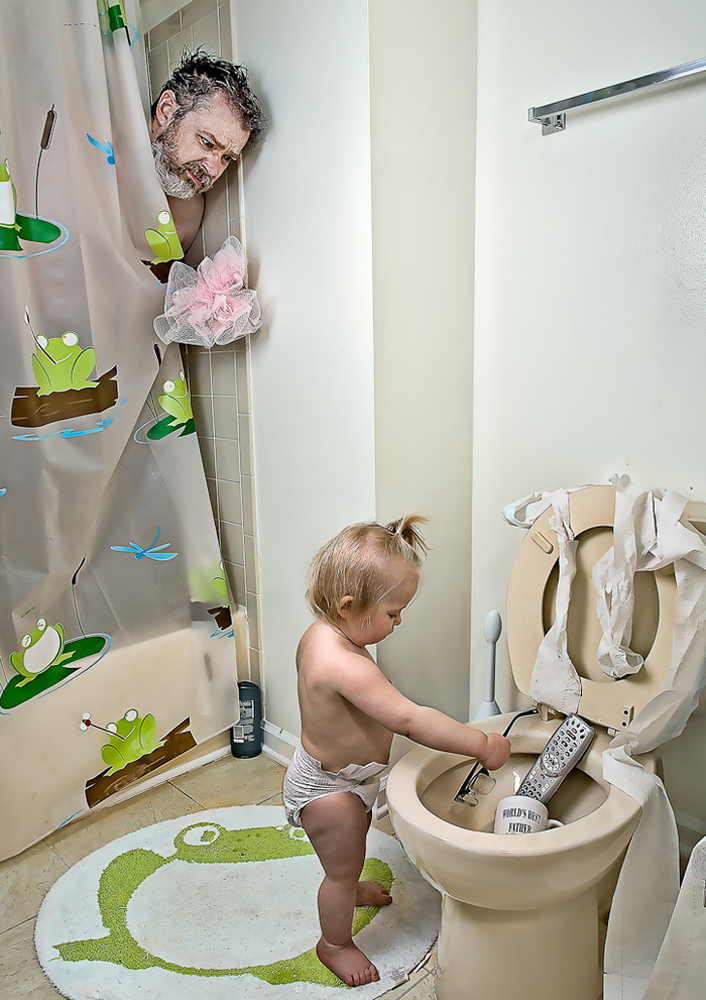 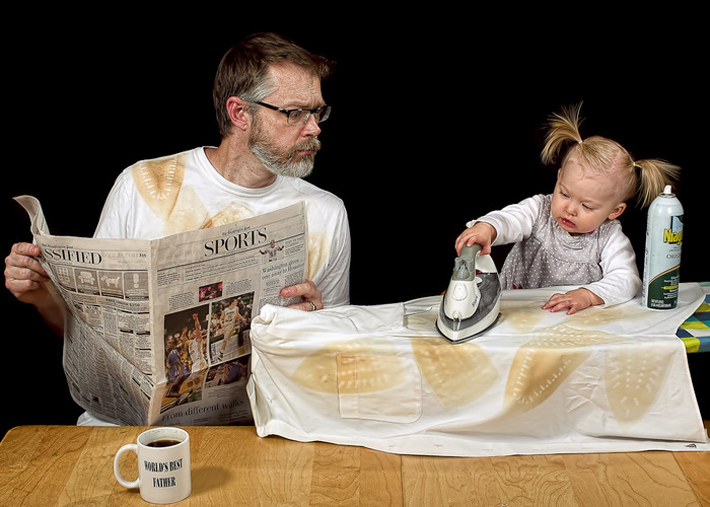 These are awesome! Great work.

I'm human I make mistakes. Get over it.

Said the guy not using his full real name.

This is sooo freaking adorable

Makes me thinks about this guy http://phlearn.com/phlearn-interviews-emil-nystrom

Love these photos - great fun! This has inspired me to get more creative with photos of our baby.

Yeah I'm not a fan of the processing, but the subject matter is just so good.

Cute, fun and yes, adorable! I like the ones that are less processed more.. because the processing is baaaad!

When will people stop with the HDR...

Too cute. The processing works for me, it gives the images a exaggerated, cartoon like feel.

the processing has it's place in this series. it gives an illustrative style. All of this was just so hilarious.

Great photo illustrations...totally ruined by that super contrasty editing effect that has become so popular and looks so crappy. Too bad. I can't wait for that fad to be over!

I like these, but I feel like some of these are ruined by the HDR feel..Don't get me wrong, creative and very unique nonetheless but I just feel like the HDR kills it.