How Peter Jackson Shrunk the Hobbit

To shrink the hobbits in "Lord of the Rings" was not a simple feat for Peter Jackson, it took a lot of set crafting and perspective tricks. Instead of going through those extra hoops for the recently released "The Hobbit," Peter and his team took a different composite approach to the process of resizing the actors. Our friends at Popular Mechanics detailed how the results were achieved. 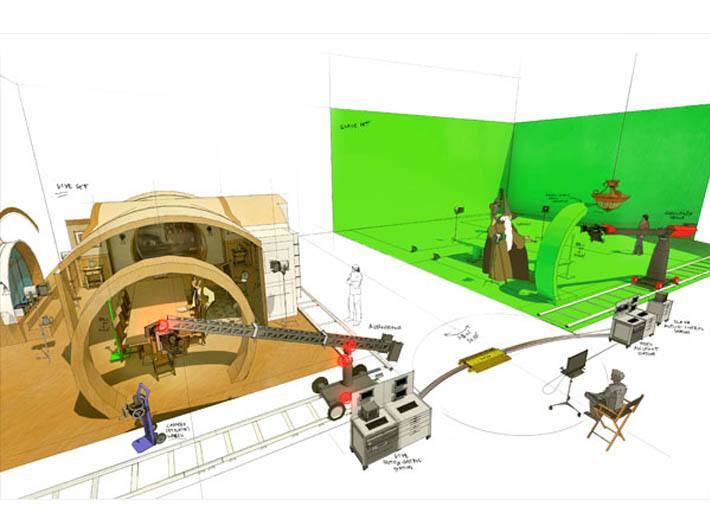 In the past, director Peter Jackson had to shoot characters of different sizes at different times and piece the scenes together in postproduction. "There was no way to direct the whole scene at once, no opportunity to finesse performances," says motion-control supervisor Alex Funke. With the new system, Jackson watched scenes from The Hobbit unfold in real time. 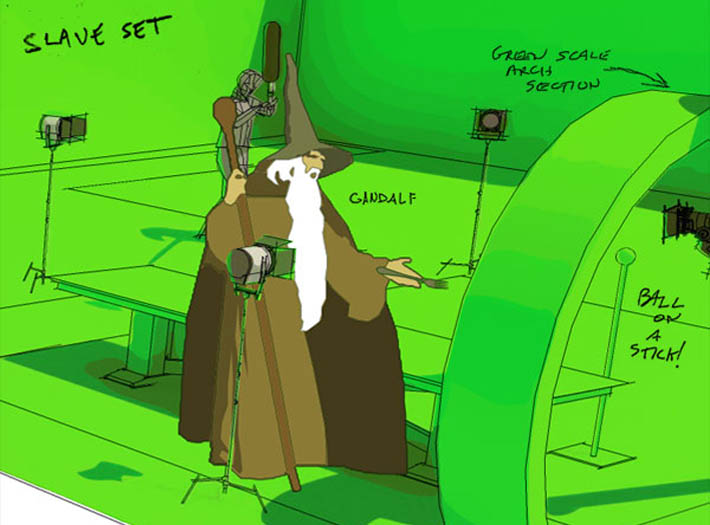 Instead of shooting the actors at different times, the director recorded them with cameras on two different sets. This allowed him to position the lens much closer to Gandalf, raising his stature. By placing the actor on a green-screen set, the director could digitally remove the background and merge the two images. 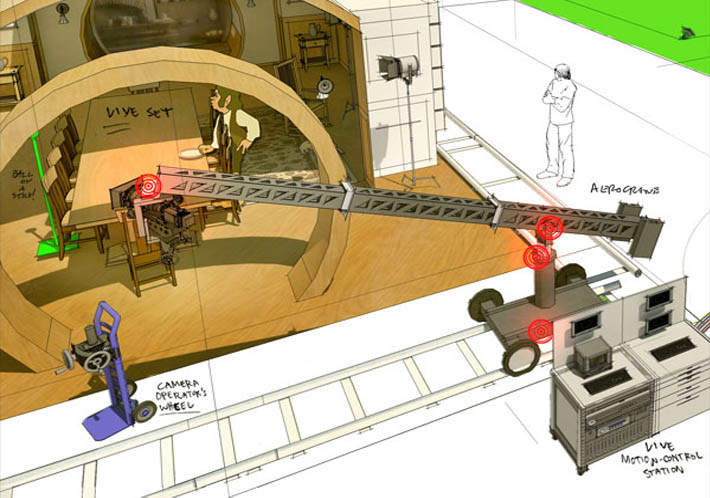 Digital encoders on the Aerocrane measured the lift and swing of the boom, the speed and movement of the dolly, and the degrees of pan and tilt. The data was funneled to a motion-control system with software specifically designed to scale the information down and relay instructions to the slave side. 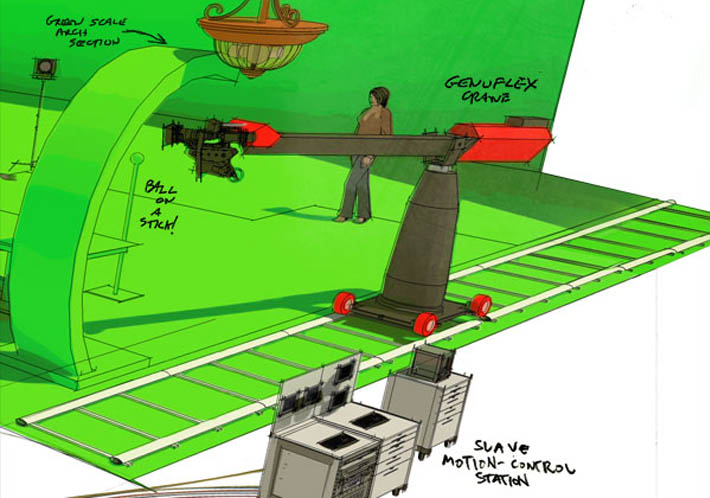 When the Genuflex crane received the instructions via its own motion-control system, the servo motors—fast, silent, and accurate—on the crane's dolly carried them out. The Genuflex mirrored the actions of the Aerocrane, but each movement was scaled down because the camera was closer to Gandalf. 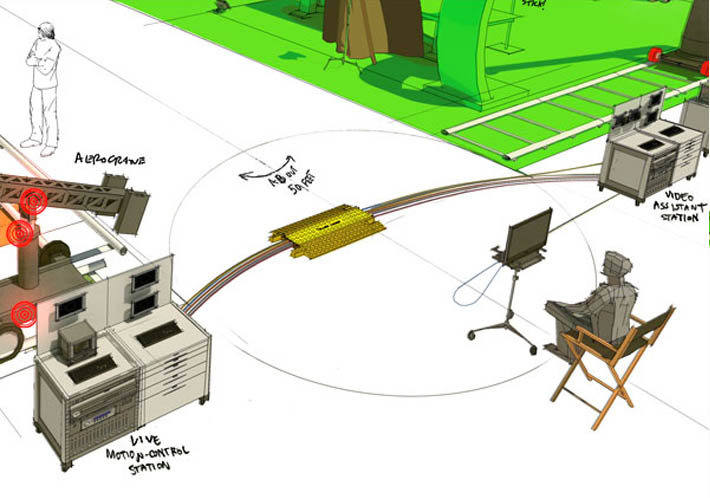 The film's video assistant system was a marvel capable not only of recording the digital feeds from all four cameras—two on each rig for 3D effect—but also of combining them into an image Jackson could review. His takes often stretched to 12,000 frames. That's close to 2 terabytes of data per shot, Funke says.

I'm not gonna say it was aliens but...... http://tdotcomics.ca/wordpress/wp-content/uploads/2012/10/aliens-meme.jpg

You have to be a damn good actor to keep acting when you're always playing alone...

Can't wait to see the results!

Ball on a stick!

It's great to have carte blanc in filmaking.

you guys here commenting, you are not pro´s , are you? ball on a stick is the most usual think used when keying. this is very expensive set, only Peter Jackson can afford shooting like this, and to get the mostly precious acting from acters

So does saying "our friends at Popular Mechanics" make it cool to rip off their whole post word for word?