The Olympic Committee’s Media Summit in Dallas, Texas was held back in May of this year. A number of photographers were invited to shoot the event. Joe Klamar was one of the the photographers who captured portraits of the 2012 U.S. Olympic Team. Once the images became public, people were not pleased with the outcome and it went viral. We'd like to hear your thoughts and let us know what you think of the coverage and if you agree with the current public opinion. 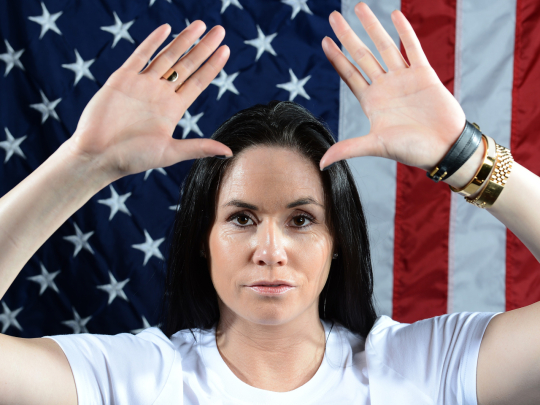 Lindsey Berg of the US Olympic Volleyball team 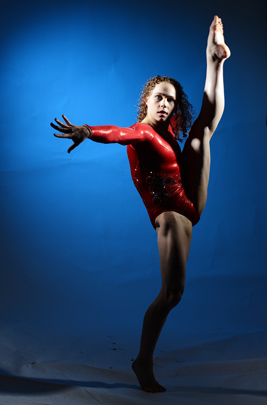 Rebecca Bross of the US Olympic Gymnastics team 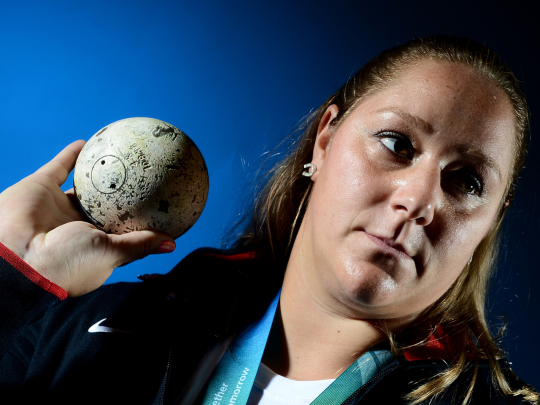 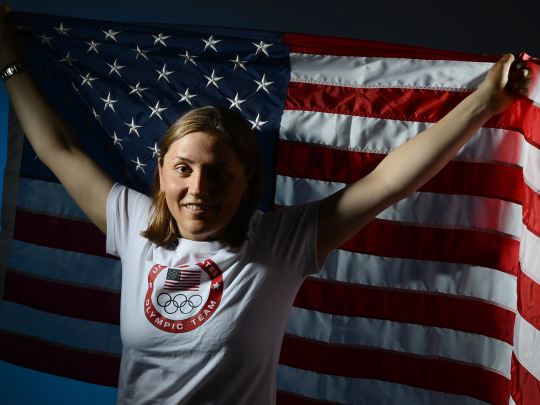 Debbie Capozzi of the US Women’s Olympic Sailing team 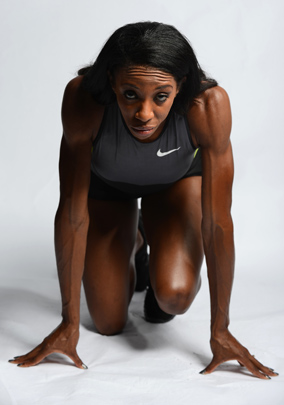 Lashinda Demus of the US Track and Field Olympic team 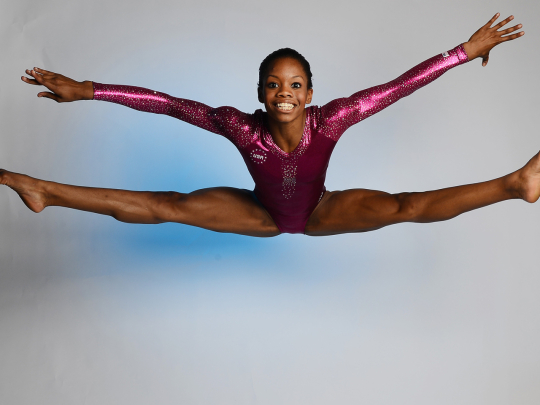 Gaby Douglas of the US Olympic Gymnastics team 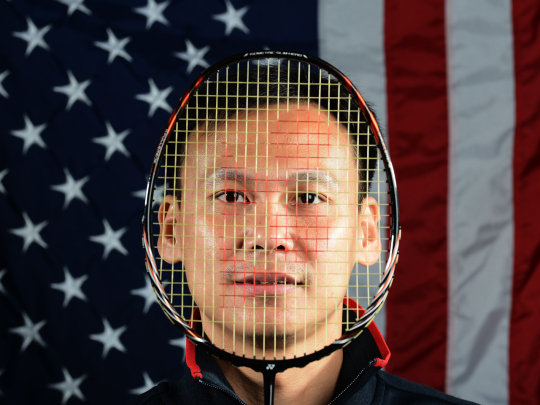 Tony Gunawan of the US Badminton Olympic team 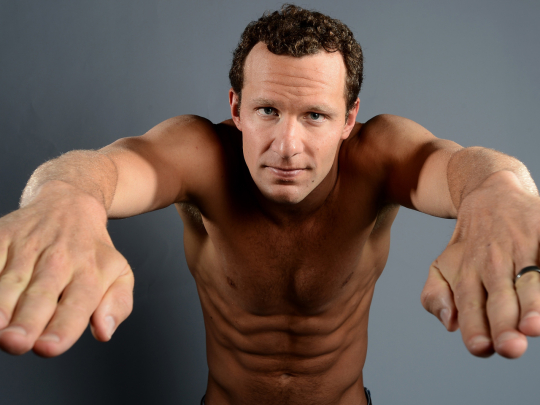 Brendan Hansen of the US Swimming Olympic team 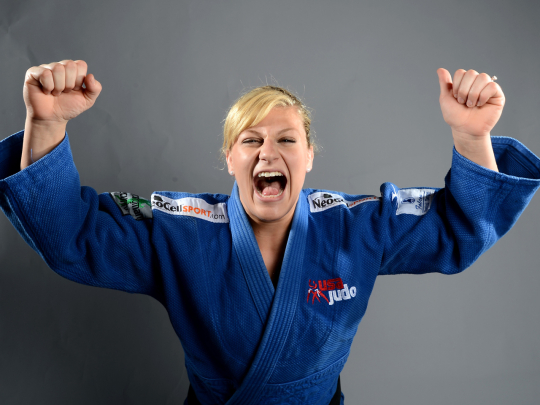 Kayla Harrison of the US Judo Olympic team 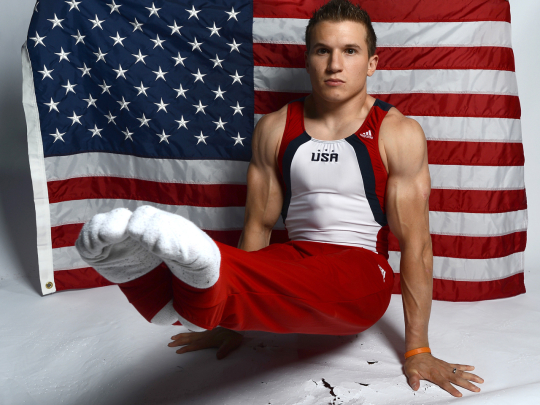 Jonathan Horton of the US Olympic Gymnastics team 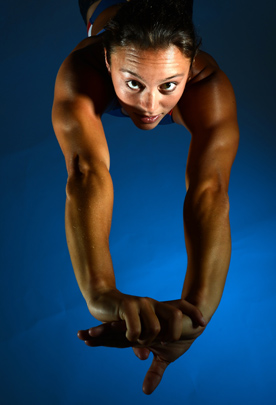 Cassidy Krug of the US Diving Olympic team 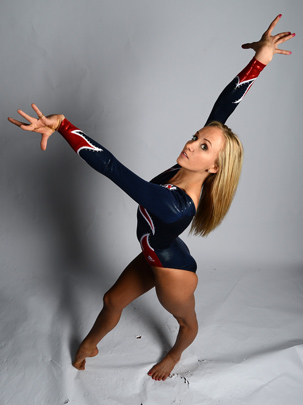 Nastia Liukin of the US Olympic Gymnastics team 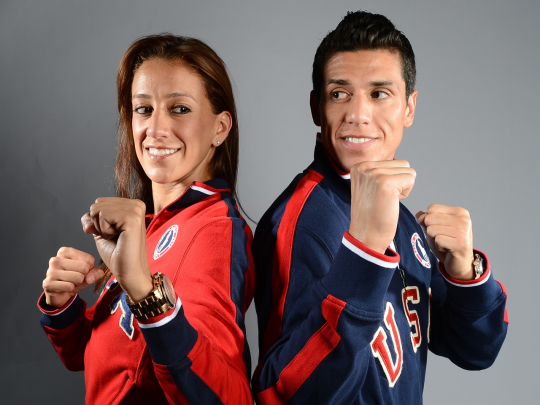 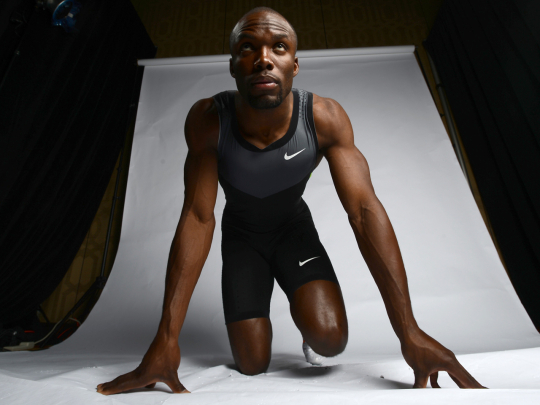 Leshawn Merritt of the US Track and Field Olympic team 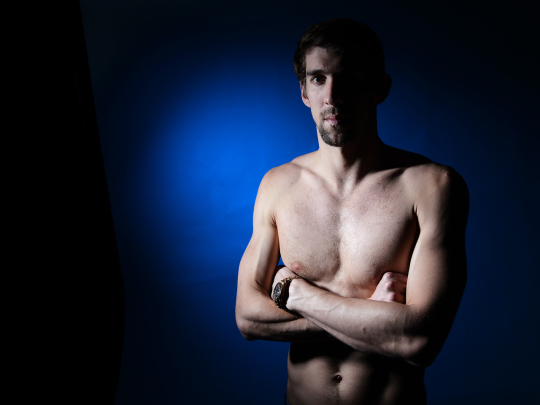 Michael Phelps of the US Olympic Swimming team 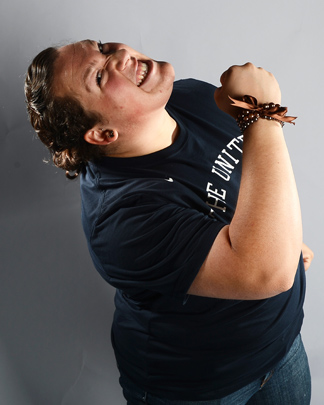 Sarah Robles of the US Olympic Weightlifting

You can find more in at the gallery here.

[Via Solstice via CBS News]

Uh yeah.  They are weak even by amateur standards.  I am not sure what they are supposed to be.  I did not read where they were "the official" portraits, so I reserve final judgement.

Check your's before that final one ;)

There's an trend in studio photography that glorifies the amateur look of light and styling - a kind of ironic take that makes the studio shoots look poorly done when in fact they're not. The images are actually a quite cleverly deviced joke, if you manage to see beyond their deceptive appearance, and I bet the subjects are in on the joke and go with it. A very intelligent joke. And I love it!

Are you kidding - bad is bad and a joke is a joke, but these are awful. I want a professional photographer showing me something I would not or could not see, something that takes me beyond the ordinary and well beyone the "amateur" image. Besides and inside joke leaves a lot of people out and in this case, gives me a lot less respect for the photographer and the subjects.

It's great PR, though.  Look at everyone getting all worked up.

The growing trend of the United States is that EVERYTHING has to be a joke. Why is it any surprise that our nation is seen as one big joke? An international event where these athletes will be sent to represent the U.S. is not the time for an inside joke, or clever nuances by the camera man making the pictures look like they were taken by a walmart photo center reject. I have seen better pictures taken with first gen camera phones, this 'professional' should have taken this opportunity seriously and shown some respect to an event that is over 2000 years old.
Sadly, this joke of a professional is getting free publicity over this issue and will reap the reward because people think it's 'clever'

I don't think people see the USA as a joke when it comes to the Olympics - and that is what we're talking about.  I see the team as a threat.

If the desire of the photographer was to create attention, then I'd say he would be very clever indeed.  I wouldn't be spending my time looking at it if he hadn't done so.

it's like my graphic design teacher always says "you can use comic fucking sans if you use it sarcastically. There's bad in a good way but this isnt it.

There is no way to use Comic Sans sarcastically. Not even the the Hipster king of Graphic Art could use that damn font sarcastically.

That's for sure not a joke, because it's made by a getty photographer. At least the credit says that. Why should Getty make a joke like this ...

That's an odd trend, if it's true. I can try all day to get a professional-looking portrait but with my half-ass skills, I usually get about what's displayed above. When I turn to a pro, I'm hoping for (expecting, really), something better than what I can do by accident.

These have to be an ill-conceived joke of some kind, surely. A back-firing publicity stunt possibly?

I especially like how cropped they are and how the paper is torn, and the angles all weird. The focus is not too bad, and the lighting is ... well, creative I guess.

I'm actually mostly interested in what it was that people were unhappy about. To me it's a series of pretty bad images, but that's just my personal feeling based on being a professional for a bunch of years. But I see bad images everywhere, so I'm not sure why this would stand out. Are they as Joe was asking official portraits or just images that someone shot at a meet up?

Are these the final shots? they seriously can't be.

I usually don't like to bash on people's creative work, but I would figure that imagery of the highest caliber would be used to portray the finest athletes in what is arguably the most prestigious of all sporting events. With that being said, a good picture may be different from one person to the next. Art may be art to one person, but not to another. Me personally, I don't think that set is up to snuff.

These look like they came off of that 'you are not a photographer' blog.

thank you for this.....so much...i had never seen this blog before. im pissing myself.

Joe Klamar's photos are the worst of the bunch.  He is a European sports photographer , and not a portrait photographer, and it shows.  He probably doesn't care about taking good photos of American Athletes, just sending in a bunch of bad snapshots to his agency, Getty Images. This was shot during a Media Day, so I am sure it was hectic, but if he couldn't rise to a good professional or even good amateur level, he should be ashamed of this work.  Couldn't they get other portraits from other photographers, since this was a media day?

I have shot Media Day for the Phoenix Mercury WNBA team, I had 5 minutes per player!!  They liked the Images so much, that some players came back for more shots!!  Lack of time is NO Excuse to do your best!!

I agree with most of the comments.  Incredibly amateurish, poorly lit and poorly composed.  I don't know anything about the photographer but these seem worse than the results I see when someone hands a point and shoot to the company administrative and says you're the company photographer.

I hope these aren't the official shots... Absolutely horrible set. I think Helen Keller could have done a better job.