Marketing and advertising treads a fine line. Put too little into an initiative, and the audience never engages. Go too far, and it becomes cliché and unattractive. But if you can hit that perfect balance and walk that fine line, perfection can be truly beautiful. When the guys from Golpeavisa were tasked with shooting a cover photo of two-Michelin star chef René Redzepi for Premier Class Magazine, they walked that line with unmatched poise.

Golpeavisa is no stranger to shooting for Premier Class Magazine. "Usually when we get brief package from our friends at Premier Class, we think of a couple of ideas that work as an outline, often with some references to styles that we would handle or some kind of mood-board to explain what we do with our idea."

This time they were tasked with portraying one of the the world's best chefs in Rene Redzepi. They were asked to make make a portrait of Redzepi purely out of dishes and cookware. Blogopeavisa is known for excellence when it comes to graphic presentation, drawings, and vectors. It's what they do extremely well, and often. This sounded an easy task. But unlike the past, this time the idea was to do everything photographic, without drawing. Ah, a challenge! 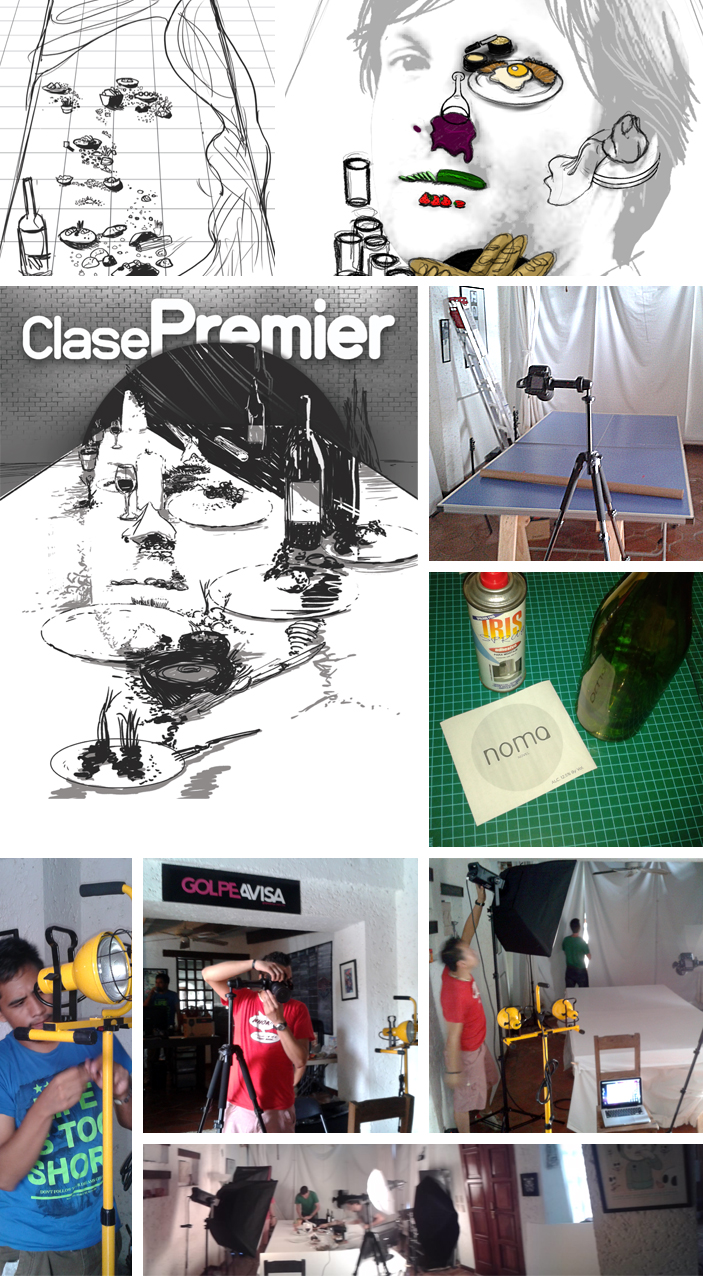 "First we began to sketch in order to find the angle and proportions that we should manage to achieve the desired effect. The hardest thing was to stay in reality and know that whatever we decide to put the image element would have to find it easily near us because we decided to use the photo editor as little as possible and remove the cover and near-final with a single photo."

Did you catch all that? Essentially they wanted to get everything in camera, with as little editing as possible, all in one take. Bold, to say the least. Made bolder by the fact that they pulled it off.

From the sketch their production team assembled the necessary equipment for the lighting of the photograph, while everyone else prepped the base of the set. 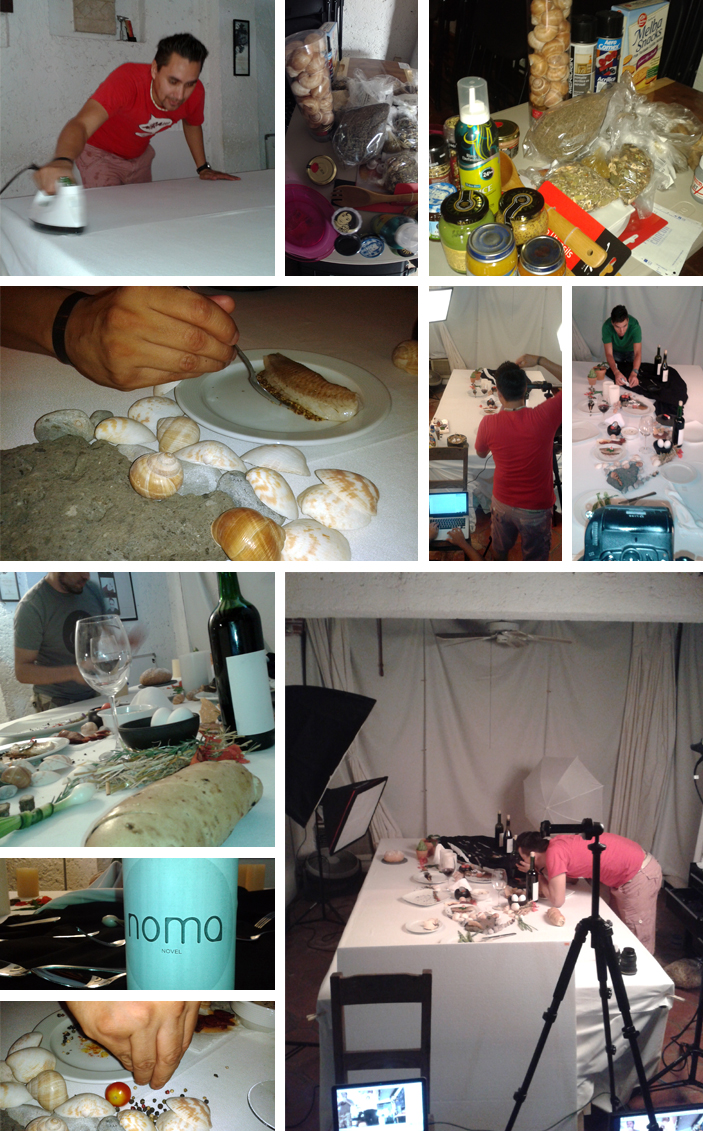 Once ready, they used a medium the sketch with a light transparency over the photo area, which helped tremendously in getting all the objects exactly where they needed to be. Putting the objects together was like assembling a giant jigsaw puzzle.

The set was comprised of various objects, including basic ingredients, cooked products, simulated dishes (while staying as close as possible to what was presented by Redzepi at his restaurant Noma), clay models, etc. 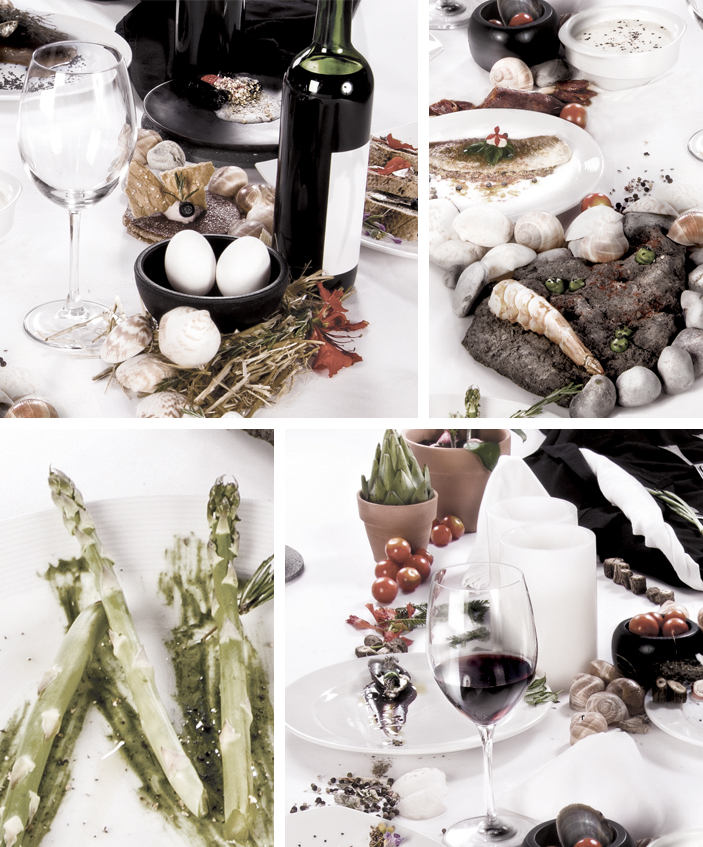 The result is a work of art, and you would be hard pressed to keep a smile off your face after seeing the fruits of their labor (no pun intended... Ok a little intended). 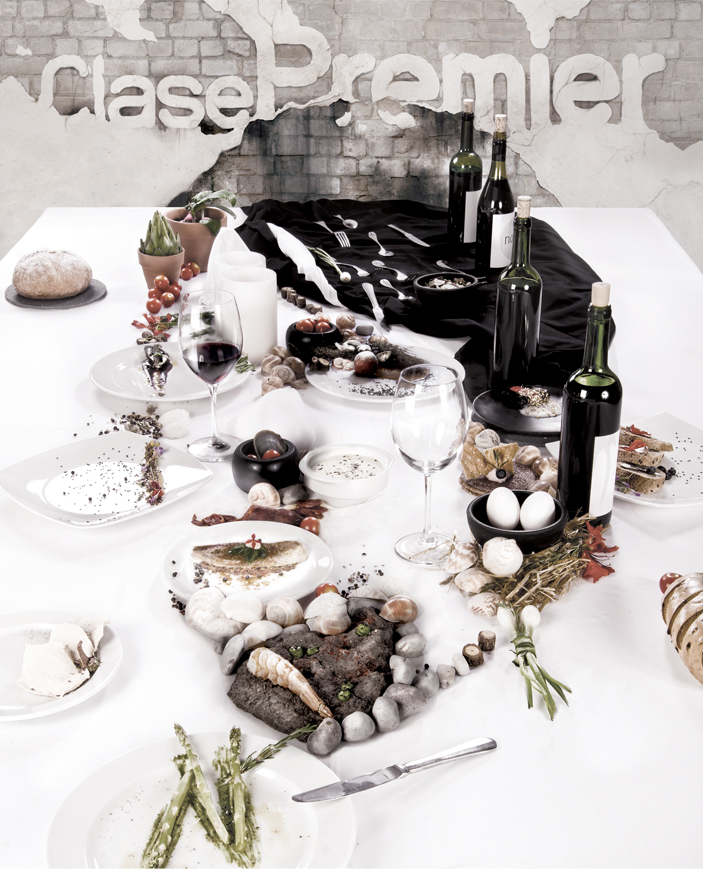 If this was a food shoot, I would probably say the light is a little harsh. But it's not food, rather it's a high key portrait. If it was shot as food, we likely wouldn't get maximum effect from the perspective they created. The lighting makes the goal of the image work. As a chef myself, I can think of few better ways to portray one of us. Chefs make food, and food makes chefs.

Story posted with permission via BLOGOLPEAVISA

Awesome! Congrats guys! (They're Golpeavisa, not Blogolpeavisa... that's the name of their blog by the way.)

Thanks! I had a heck of a time with the translation :)

This is a great work with excellent final result!... I know Golpeavisa... and the creative mind of "El Yorch"
Congrats mate!