These were all shot within half an hour while I walked Harry the Rescue Dog around the block for his daily jaunt. He stopped every few yards to sniff and more, so I had time to shoot. I just never knew when he would be done and yank me to the next bush, fire hydrant, trash container, or whatever else had an interesting odor.

I found it interesting how different things looked depending on the angle of view relative to the sun and how it affected the color and contrast. I did not use a polarizer, but I probably will the next time the Mrs can go along to hold Harry while I work the skies.

The ones with branches intruding were shot that way intentionally to provide some sense of scale. The saturation and contrast were increased somewhat. I am reminded of how Ansel Adams's later prints of older negatives were darker and more contrasty than prints he originally made years before. One can argue whether this made them better or not, but the explanation I remember is that this was compensation for changes in his eyesight as he got older. My daughter tells me I am now officially old, and my eyes certainly aren't what they were fifty years ago even though my glasses have the same prescription, so I am willing to subscribe to that explanation. 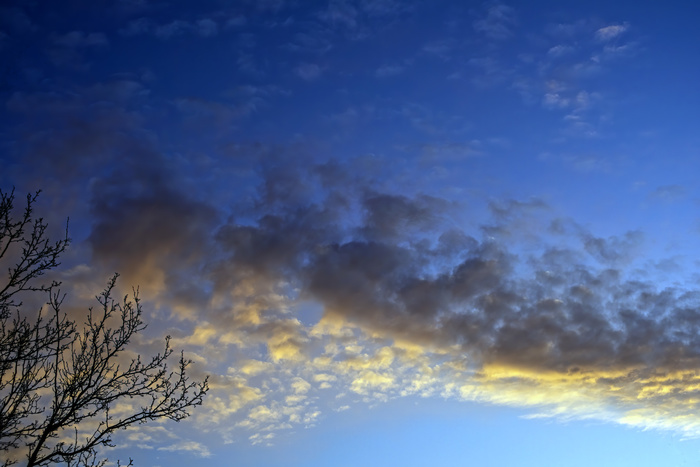 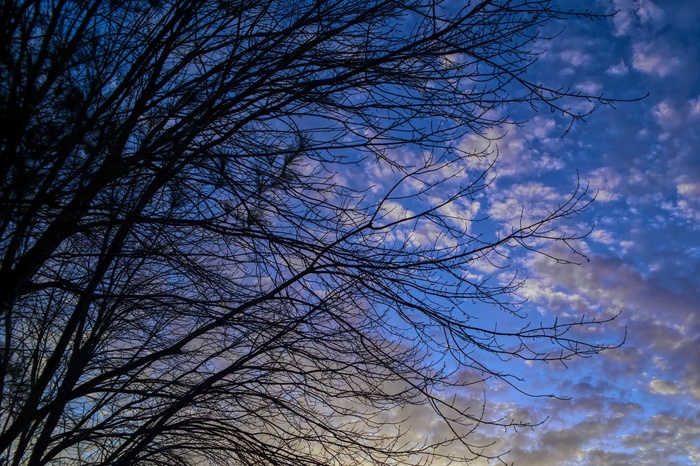 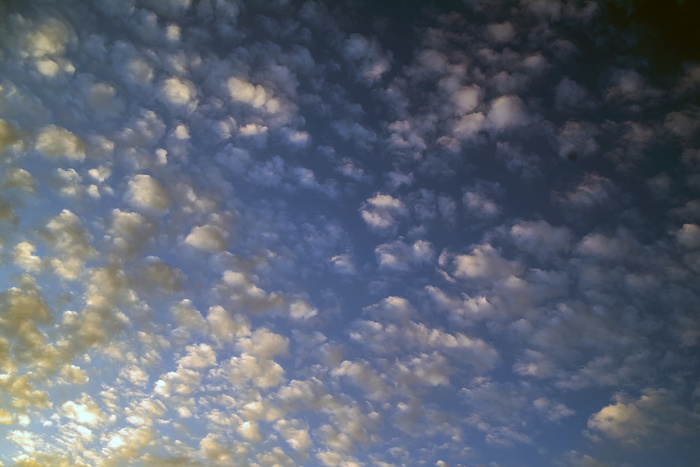 Hi Andrew, these skies are lovely. I like that you did not oversaturate them. One of my favorite artists, James Turrell, would love the way you captured the light. Your description brought him to mind. He builds these 'viewing stations' of white concrete with reclining seats below and a circle of open sky above. You sit there surrounded by pure white walls and look up through the opening at the changing sky. It it magical. The sky changes so quickly in the evening! Thanks you for sharing your thoughts as well as the images.