A Branch Too Far?

.... a winter ICM image taken with sun streaming through the trees. I was drawn by the stark contrast and deep shadows on the snow.

Would be interested in hearing reactions and feedback as always. There is no right or wrong opinions, all sincere input is appreciated. 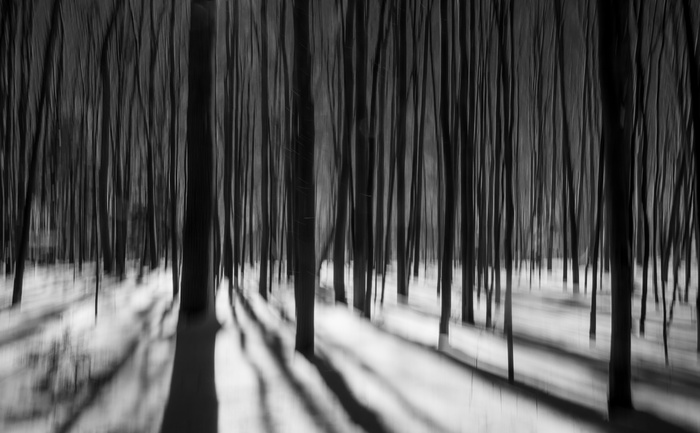 Thanks for honouring me with a banner again, Alan!

I like this image. There is an appealing dynamism, perhaps a bit different than the typical ICM image, where the blurring creates a softness. While you know I'm not a fan of ICM per se, it can produce attractive Impessionist-like effects, although for me it too often strays into the wishy-washy (not to be confused with wabi sabi!).

What I'd particularly say, though, is that you do very well with tree images using ICM, where they have a stronger structure, helped by the contrast. This image is a case in point. I think the images I'm thinking of have all been done in snowy conditions, contributing to the contrast.

The one slight niggle for here me is that the dominant left trunk is a little too dominant, exacerbated by the fact that the tree and shadow form a vertical line transecting the image. I don't know that this could be helped - perhaps lightening the shadow, but that might look odd.

Thanks Chris, I see what you mean about the tree - I may have to try playing around with that.

Hey Chris - here's a version with a slight edit on the shadows. 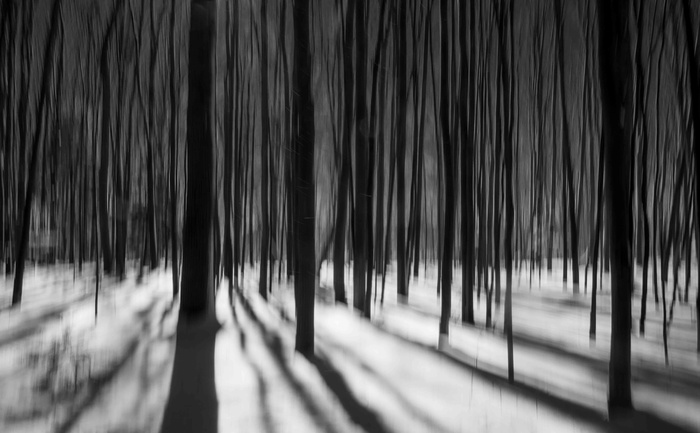 I'm getting that "Tales from the Dark Side" Vibe.. In the opening they had a forest scene but reversed, white trees and dark environment. Just for interest, I inverted your photo just to see and indeed it's pretty close; in an abstract way. I like it, brought back some memories.

I like your idea of inverting the shot Joe, I'm going to have to try that.

Haunting and beautiful. Fantastic use of ICM. This is the kind of photo I could stare at for hours coming up with a story about what’s down each row of trees

Thanks Evan, I really appreciate your feedback. I see you have dabbled wit ICM yourself!

Do you have a still shot of this?

Not an exact like-like but here's an initial test shot taken to check the histogram etc. 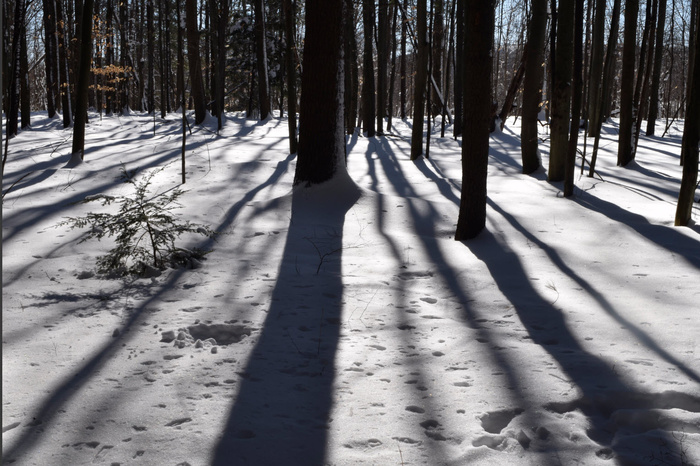